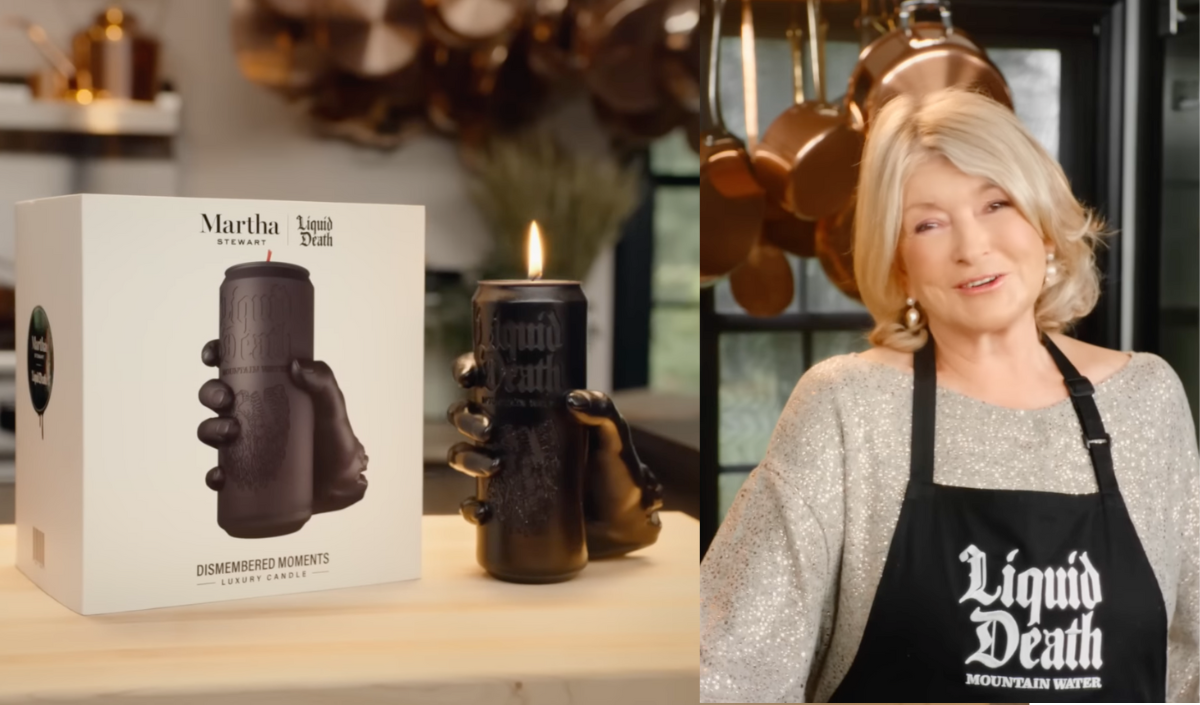 Let’s face it, there’s more brand collabs out there than anyone can count. Some are even speculating that the sheer number of them could be “diluting the hype” as they become more predictable. Which means if a brand wants Gen Z and Millennials to care about their collab, they’ve got to go out of their comfort zone and really grab attention. One of the best ways to do it is to team up with a brand no one would expect them to, for a product or campaign that ultimately taps into young consumers’ values and interests—and love of weird marketing. Some brands are seeing the value of unusual collaborations, and really leaning into it, whether it makes sense or not isn’t actually all that important.

According to YPulse’s Pop Culture Redefined trend report, 24% of young people say their generation cares about “special product drops from celebrities / brands” as a pop culture moment, but those moments are happening constantly. And despite the fact that “limited edition” comes out all the time, these consumers are still interested in getting unique products when they drop, especially if they’ve got noticeable (even weird) marketing.

For brands who might not typically be on Gen Z and Millennials minds (and even the ones they already love), brand collabs can be a great way to boost that recognition and affinity. We’ve rounded up some of the best examples that show how brands are sparking interest with young consumers through unusual collabs recently: 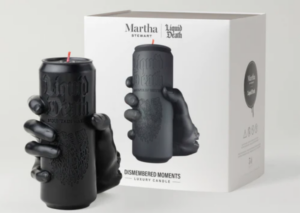 Since their start in 2019, Liquid Death has been able to acquire a cult following of young consumers by making a historically boring product (water) fun and interesting through their unique packaging, design elements, and merch. Where Millennials became addicted to La Croix, Gen Z has turned Liquid Death into their own emblematic favorite drink. And their quirky, punk marketing has been making it known that they’re more than (canned) water—they’re a whole brand young people can incorporate into their life. Brand collabs have been a huge part of this cross-industry marketing, and in recent months, they’ve had partnerships with brands that might seem totally unrelated, but appeal to young consumers by tapping their values and interests.

For Halloween, the brand partnered with Martha Stewart on a Halloween-inspired luxury candle called “Dismembered Moments” that features a matte black “severed” hand holding a can of Liquid Death. Martha Stewart is way out of these generations, so not exactly a figure you’d expect Gen Z and Millennials to pay attention to (especially given the younger gen especially aren’t her foodie audience) but that’s what makes it fun. Horror isn’t in her usual wheelhouse, but for the advertisement, she played up chopping off hands from blind-folded participants.

While viewers of the ad had seemingly negative reactions on how creepy and gross it was, it was the exact response the brand wanted to elicit. They haven’t shied away from using horror before—last year they created a slasher film promoting their #DeathToPlastic slogan. YPulse’s Media Consumption data shows horror is a top five kind of content young people watch on a weekly basis, so going this route certainly piques their interest. 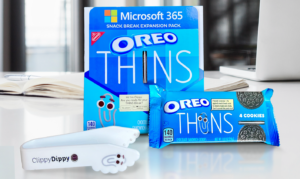 YPulse research shows that Gen Z and Millennials are opening up more about their mental health in the workplace, which includes talking about burnout. To support their changing workplace habits, Oreo Thins and Microsoft 365 partnered up to give hard-working employees a designated snack break. On a special landing page, users were directed to enter their names and emails to receive a “Thinvite” to take a fifteen minute snack break from November 1st-3rd. The event will block time on their calendars reminding them to take the snack break and included a link to a Microsoft Teams event showing a video of “puppies taking over an office in an attempt to curb stress.” So, while benefits like snacks will make Gen Z and Millennials more likely to take a job, their real priorities lie with mental health support and time off—which this campaign pushes for, even for just a few minutes a day.

In August, Burberry released a special edition manga in collaboration with the popular series Blue Period. The manga, written and illustrated by Tsubasa Yamaguchi, focuses on “Yatora Yaguchi, a bored with life, yet popular high schooler who find[s] inspiration in painting and enters the beautiful yet unrelenting world of art.” The Burberry collab brings the luxury fashion brand’s iconic Lola bag to life (literally) by creating a new character inspired by the purse itself. Both Yatora Yaguchi and the new character donned Burberry from head to toe in the new booklet. YPulse’s Borderless Culture trend report shows Manga is a top kind of foreign media young people in North America consume, and collabs with anime and manga brands has become a popular strategy for luxury brands especially. Because YPulse data shows young people are interested in owning luxury products, just not so much at luxury prices, collaborations like these which tap their other interests bridge that gap. 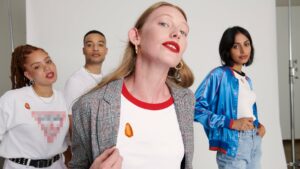 Like Liquid Death, Heinz is leaning into brand collabs that sound strange, but draw attention. They’ve been working on several unexpected campaigns to reach young consumers, like their vegetarian vampire during Halloween and their ketchup / mustard flavored chips. But Heinz is also tapping the same interest in luxury—more than once.

In August, Heinz teamed up with ThredUp for secondhand designer clothes with ketchup stains. The Vintage Drip collection included 157 pieces of designer streetwear—each harboring a unique ketchup stain. Making a play on the Gen Z and Millennial slang word for fashion “drip,” Heinz promoted the collection using the pun, “Clothing drops are everywhere, but Heinz made the original drop.” But, beyond its quirky concept, the collection is ultimately a way for the brand to appeal to young consumers through a push for sustainability with 100% of their proceeds going to Rise Against Hunger in support of global hunger relief. YPulse’s Sustainability report data shows almost half (47%) of Gen Z and Millennials buy secondhand clothing, and our Luxury report data shows 33% of young consumers are interested in shopping for secondhand luxury items as a luxury shopping experience. 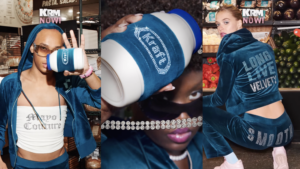 Ketchup isn’t the only condiment they’re making couture—Kraft Real Mayo collab’d with Juicy Couture to make a line of their classic tracksuits. “The Smooth Lover’s Collection” is targeting Y2K nostalgia with a new deep blue velour track suit that reads “LONG LIVE VELVETY” on the back of the jacket and “SMOOTH” on the back side of the pants, along with a cream tube top that reads “Mayo Couture.” The collection also includes bejeweled tube tops that consumers can dress up their mayo bottles with to match. And to top it all off, they used tabloid style photographs to really capture the vibe of Juicy tracksuits’ OG era.  Our Fits for The Feed trend data shows 19% of young consumers are interested in early 2000s fashion, and while this may be an unconventional brand to take part in the trend, there’s certainly no harm in a good collab that gives young people more of the fashion they want.

Keep up to date with every brand collab to come by signing up for our daily newsletter.