The Top 10 Video Services According to Young Europeans 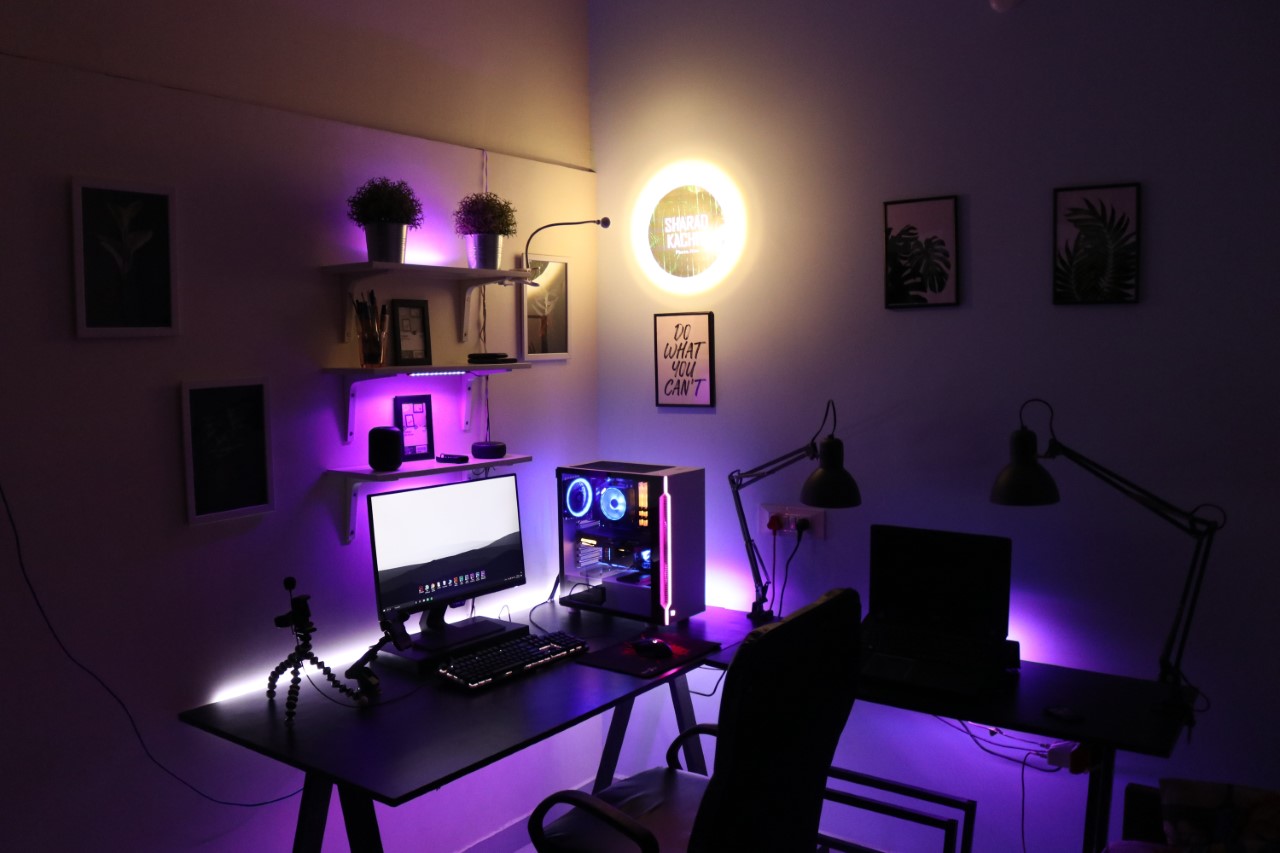 YPulse’s brand tracker monitors the brands succeeding with young Europeans, and these are their top 10 video brands…

Video consumption spiked for Gen Z and Millennials during COVID, and while there were speculations that these gens would stop watching as much content post-pandemic but it turned out to be the opposite. Data from YPulse’s recent WE Media Consumption report shows that young Europeans’ weekly consumption has actually increased across many platforms in the last year. So as young consumers in this region increasingly turn to video brands to indulge in binge-watching, which platforms do they like the most?

YPulse’s brand tracker monitors Gen Z and Millennials’ opinions on brands week-to-week; which they consider trustworthy, cool, or eco-friendly, and more. Our brand tracker is available to Pro subscribers, and measures 13-39-year-olds’ affinity for over 800 brands in Western Europe across 20 distinct diagnostics. All of these diagnostics roll up into YScore+, an overall measure of brand love. With this data, we can look at what brands are succeeding with young people—including what video brands are resonating most. Our Brand Rankings dashboard provides users a quick look at the top brands across industries and categories. Here is the country comparison of the top YScore+ video brands in the brand tracker: 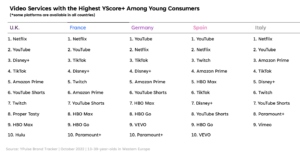 Ok, we’ll start at the top: Netflix is the video brand with the top YScore+ in three of five European countries. This shouldn’t come as a surprise to YPulse readers, as we’ve long reported that Netflix is hugely popular among Gen Z and Millennials. The streaming service has a flair to find new ways to cater to young consumers’ interests, for example by producing original local content—remember the success of the Korean show Squid Game?—and anime content. In the U.K., if Netflix was considered a television company it would rank third after BBC and ITV, with streaming revenues in the country alone estimated at £1.4billion. Netflix is simply a global phenomenon, and it is young consumers’ top video streaming service in both North America and Western Europe.

But the future might not be so shiny for the Californian streaming company, whose share has drastically declined since last year. In the U.K., almost one million consumers have cancelled their streaming service in 2022 so far. This trend can be imputed to the cost-of-living crisis in Western Europe, but it might also be that users are turning to other platforms. Meanwhile, Netflix is trying new ways to increase its revenues, such as charging users who are sharing their accounts / passwords.

YouTube comes second on the list of young Europeans’ favorite video streaming services, and it’s the top platform in Germany and Spain. YPulse has consistently reported young gens’ love for YouTube, the streaming platform they grew up with. But the Google-owned video streaming service is facing a cultural shift: young consumers are increasingly turning their attention to short video platforms for entertainment. YouTube reacted by creating its own version of short video content: YouTube Shorts (considered a different service from YouTube in YPulse’s brand tracking). YouTube Shorts is scoring quite well on our brand tracker, considering that the platform was launched globally just a year ago. But despite all these efforts, YouTube Shorts scores lower in all five Western European countries than its direct competitor: TikTok.

But TikTok is following not far behind

TikTok ranks at least fourth in four of the five Western European countries, and is establishing itself as one of young European’s favorite video brands. YPulse already told you about the rise of TikTok in Western Europe, and how the social media company has become Gen Z and Millennials’ go-to for entertainment, as well as—sorry Google!—where they turn to for information.

By catering viral content to its users, TikTok has created a meta-platform that young people turn to for almost everything. Some even argue that the rise of TikTok means the end of social media as we know it. What the data shows is that young Europeans are watching more video content on social media than ever before, underscoring what we’ve been saying for a while now: social media is quickly catching up to traditional streaming services as the top place they’re watching video content.

Overall, Twitch scores No.6 on the list of young Europeans’ favorite video streaming services, which is more than in North America where it ranks No.9. A closer look at the country comparison shows that the platform even comes in third place in Spain. YPulse already told you that Twitch is very popular in Spain, where the gamer Ibai is a real celebrity among young Spanish consumers. Twitch is the go-to video streaming service for everything gaming, and YPulse’s WE Celebrities and Influencers Report data also shows that almost a third of young Europeans follow a gamer, helping to  explain why the platform is a favorite of Gen Z and Millennials in this region.

Brands should keep an eye on the future development of Twitch in Western Europe. The company recently revealed that they were going to take a larger cut from streamers’ subscription revenue, and even pressured creators to include more ads in their videos. Starting next June, streamers with premium tier subscriptions will have to split their earnings 50-50 with Twitch after their first $100,000, which will affect several hundred creators. Although it’s clear that Twitch has become a youth marketing mainstay—especially in Western Europe—the video streaming service needs to please its content creators to avoid a potential backlash, and lose its relevance in the eyes of young consumers.

Pro users can access the Brand Rankings dashboard here to explore the top brands for any demographic, generation, or, if you have Western Europe access, country you wish! 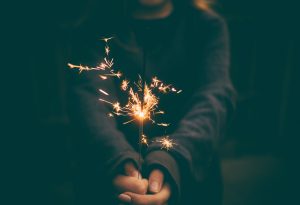