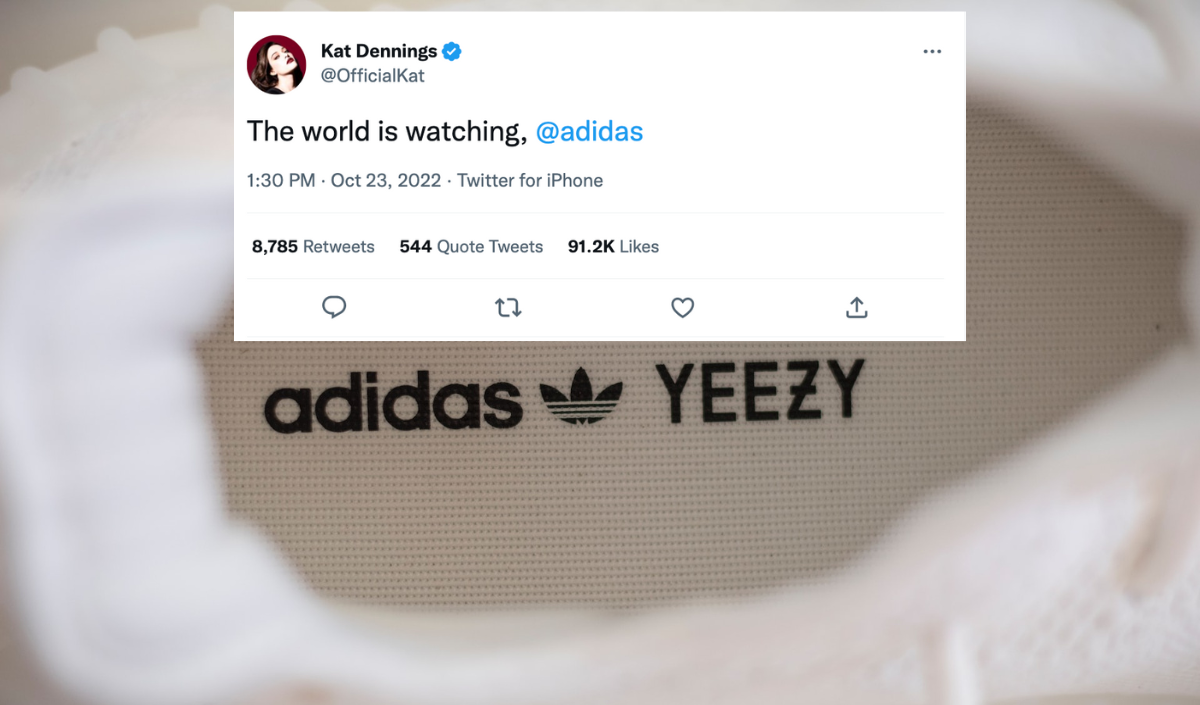 Kanye West is a lesson in (ending) celebrity-brand relationships

Ye, formerly known as Kanye West, has had a dramatic career spiral this week following antisemitic comments he made online. YPulse’s Celebrities and Influencers data shows 68% of young people say a celeb can be cancelled, and there should be consequences for their controversial actions. Naturally, the public response has been intense, resulting in his removal from Instagram and Twitter, and his music streams nosediving. But, on the business side of things, Ye has officially lost his billionaire status as Adidas cut ties with Yeezy.

Many were waiting for the brand’s response following the increasingly harmful rhetoric Ye was inciting, saying the silence of their weeks long wait to respond was deafening. Ye even said in a podcast interview “The thing about it being Adidas — I can say antisemitic things and Adidas can’t drop me. Now what?” But the brand proved him wrong, and while the financial hit is significant for both parties (in the billions), Adidas has done what young consumers are always asking: to put their ethics and values over profit. YPulse data shows 31% of Gen Z and Millennials say when a celebrity is cancelled for controversial actions, they should lose their current sponsorship with brands.

Many have been reporting that Twitter’s official new owner Elon Musk appears to have welcomed Ye back to the platform, despite everyone else severing any and all connections with him. (And yes, Elon is officially the owner of Twitter, after all the back and forth.) But, this isn’t entirely accurate: his account was only ever restricted, and whether or not he has full access to it now is unclear. Many young people are in favor of him staying gone, and 20% tell YPulse when a celebrity is cancelled, they should no longer post on social media or speak publicly. Other brands are smart to maintain their stance by dropping Ye, as young people are vocal online that support for him is support for his antisemitic comments.

There’s a Spirit Halloween costume meme for everything—literally, everything

It’s all over your timeline or feed by now: social media users have come up with a Spirit Halloween costume package for everything you can think of. If you haven’t seen it, Twitter users are photoshopping a picture of an adult costume package, adding a new reference pic and title, and sometimes all the included items for this look. It’s hard to say who started it, but the one that has gone most viral is an adult sized costume for “Gay Loser,” which features a preview image of the user who posted it, and has 288K likes on Twitter.

Gen Z humor isn’t always easy to comprehend (why would they make a costume of “Freelance Recruiter Who Ghosted You” or an insulting one of themselves?), and it’s led to some confusion. One tweet even forced Spirit to assure Twitter that they do not sell a “Gay Guy” costume. But, they are in on the joke, having made their own costume for a Spirit Halloween store, which includes “a store sign for the abandoned building you take over,” and “the will to exist for only 3 months.”

While the majority of posts Spirit is tagged in are memes of different archetypes of people (new moms, small business owner, Man in DC), a couple brands were quick to pick up on this innocent meme (the best kind to take part in). NYX cosmetics posted a few of their most famous products as costumes for “The Star of the Show” (Matte Finish setting spray) and “TikTok Famous” (a viral double ended lip gloss). PFF Fantasy Football made a costume for “League Winners” with both Kenneth Walker and Daemon Price included. State accounts have even gotten in on it: Washington’s State Dept. Of National Resources made a costume of an “Unprepared hiker” who comes outfitted with “delusion of grandeur.” 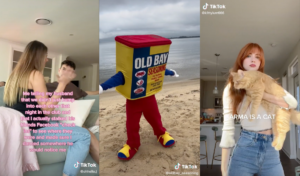 This Week on TikTok: Everyone is using audios and making viral content from Taylor Swift’s Midnights album

Taylor Swift is having (yet. another) major moment right now—her name is everywhere, her songs are appearing under everyone’s TikTok FYP, and she’s even tied in to the Kanye drama mentioned above. The pop queen’s 10th studio album Midnights instantly broke records less than a day upon its release: Spotify announced that the album had broken the record for most-streamed album in a single day in Spotify history. Her bonus “3 a.m.” addition even features seven more hit tracks that have also become instant bops; and according to the Guiness World Records, in total, “Taylor Swift songs received 228 million streams on the [release] day – a number higher than the populations of all but four countries in the world.”

On Gen Z’s favorite app, the hashtag #Midnights swiftly (sorry) grew and currently has over 1.7B views. Her loyal stans and even newcomers are creating a slew of viral dances and trends that are easy to follow along with. From videos of users crying along to her lyrics that hit home for them, to friend groups joyfully spinning around to her tracks “Karma” and “Bejeweled.” They’re also using her song “Mastermind” as an excuse to share their relationships stories on how they got their significant other to fall in love with them.

Of course brands are jumping in on the albums virality; Old Bay created a video to her song “Snow on the Beach” with their seasoning jar mascot dramatically dancing on a beach in slow mo. The trending content is a prime opportunity for brands to connect with young consumers through the music that’s resonating with them the most right now.

Fans are also going ballistic over the subtle references to her notorious beef with Ye and Scooter Braun. Meanwhile, fans are commending her for getting rid of the scale shot in her “Anti-Hero” music video after complaints that it sent a fatphobic message to young girls. Afterall, we know Gen Z takes cancel culture seriously and appreciate when celebs and brands listen to their criticism.

The decline of Made.com is creating Millennial chaos online

London-based online furniture retailer Made.com is known for its pricy yet minimalist, textured sofas and earthy tone furnishings that YPulse data shows Millennials love. Yet it’s on the brink of collapse, stopping any new orders and with talks to find new buyers failing. It’s come as a surprise following the pandemic surge, when with consumers confined to their homes and spending more money on them the brand saw a growth of value to £775M. But the cost-of-living crisis and supply chain problems have left the company stuck and profits dropping—leaving the company up for sale.

It’s not the cost-of-living crisis that has Gen Z talking on social media, though: it’s the Millennial grief over the website’s close that has the younger generation tweeting. They’re calling the slowing-down sale ia “Millennial Dunkirk,” and teasing that it will be a memorable moment to tell grandchildren as Millennials fight for a discount velvet sofa. Some are posting jokes of straight Millennial couples “throwing up” because their favourite furniture shop is shutting down. Others are discussing the rise of second-hand furniture shopping as a result of the expensive pieces Made.com advertises, especially with everyone struggling at this moment. Alternatively, Twitter users are also surprised over the struggling brand, especially as the interiors market booms—which YPulse knows from our Shopping for the Home report.

Music: The festival being anticipated to be the “emo Fyre fest” actually went alright—except cancelling one of the four days

Celebs and Influencers: KSI and Logan Paul’s energy drink sold out fast, and now it’s going for hundreds on resale

Movies: Disney has announced their first plus sized heroine, in a short film about body dysmorphia

Fashion: Your feet can finally rest easy, ballet flats are back!