I Don’t Need to BeReal, I Need to BeOnTheViralList 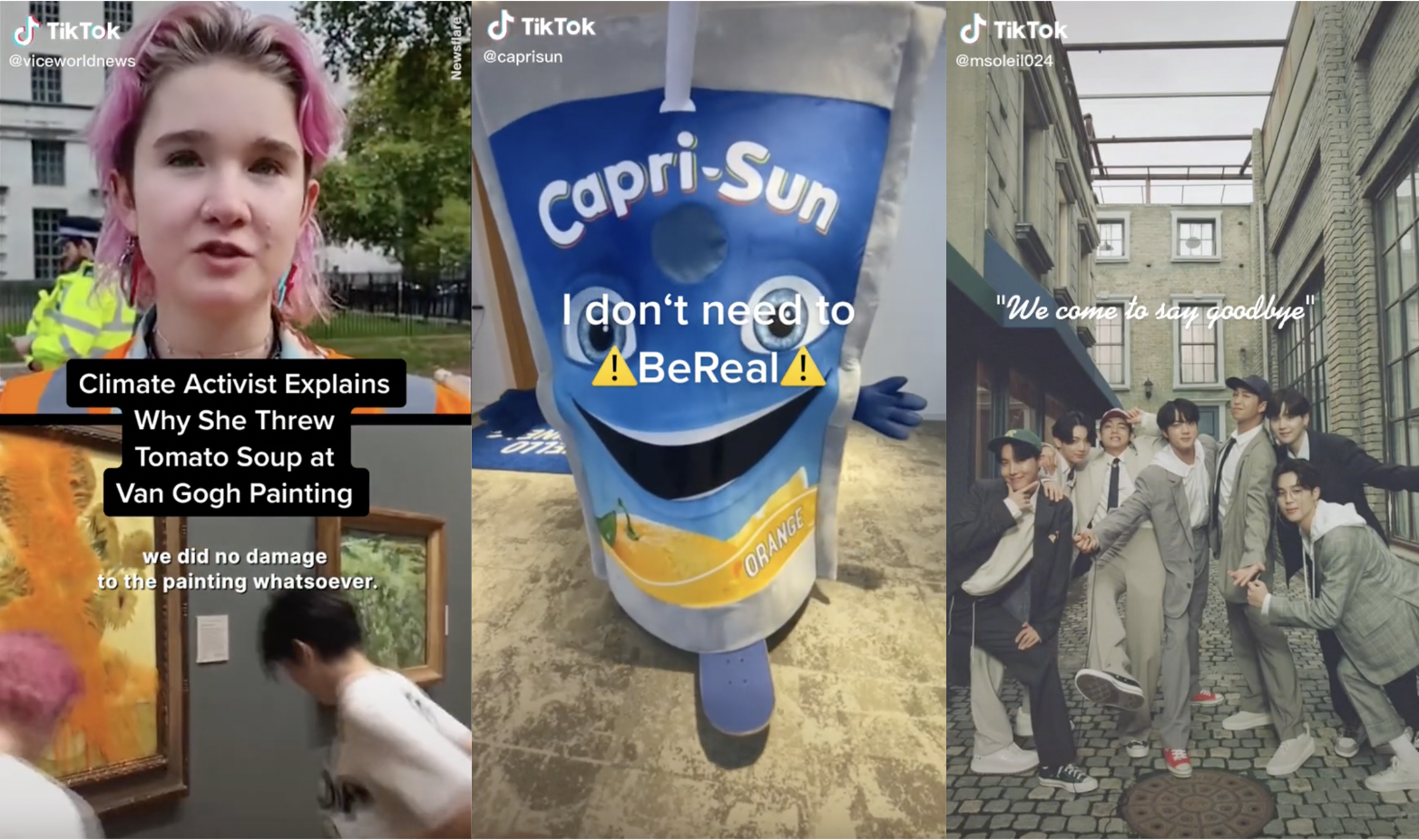 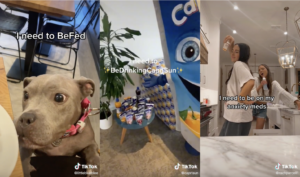 This Week on TikTok: I don’t need to BeReal, I need to be part of this trend

Brands and everyday users alike are coming at famed Gen Z app BeReal by finishing the sentence: “I don’t need to be real, I need to be ____.” And what Duolingo started on Twitter, TikTok (inevitably) has taken over. The language app’s notoriously snarky marketing team tweeted last week, “I don’t need to BeReal I need to BeAggressive.” The comments section is understandably confused with some saying, “and I do need you to help me better in [J]apanese and [C]hinese,” as well as gifs featuring the classic Be Aggressive cheerleading chant.

The trend made its way over to TikTok (as basically all trends do now) and has users completing their own versions of the phrase a la video and under a sped up audio of Larissa Lambert’s cover of the song Weak. The #Idon’tNeedToBeReal hashtag currently has over 5M views and features a video by Capri Sun at the top spot. The brand’s video features a giant juice pouch mascot rolling toward the camera on a skateboard with the caption: “I don’t need to BeReal, I need to BeDrinkingCapriSun.”

Other videos under the hashtag feature users finishing the phrase with “I need to ‘BeTheFunAunt,’ ‘BeGoodAtMath,’ and even a video of a dog that says, “I don’t need to BeReal, I need to BeFed.” But the jokes don’t mean everyone’s suddenly hating on BeReal, in fact they’re just exacerbating the app’s viralness. As BeReal soars in popularity among Gen Z, brands have been quick to jump in on the platform—and young consumers actually like when brands (and their iconic mascots) jump in on trends. YPulse’s Social / Mobile Marketing research shows 61% of Gen Z think it’s funny when brands act like people online. 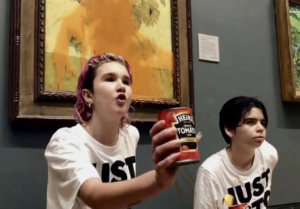 What does Van Gogh have to do with climate change?

On Friday, two Gen Z environmental activists demonstrated an attention-grabbing protest to spark a much needed discussion about climate change—and of course, their shocking methods blew up on social media and news outlets globally. In room 43 of London’s National Gallery, the pair donned Just Stop Oil shirts and fired cans of tomato soup at Vincent Van Gogh’s “Sunflowers” (1888) painting. They then literally glued themselves in front of the display and began explaining the meaning behind the outburst.

Twenty-one-year-old protester Phoebe Plummer said to the room, “What is worth more—art or life?…Is it worth more than food? Worth more than justice? Are you more concerned about the protection of a painting, or the protection of our planet and people? The cost of living crisis is part of the cost of oil crisis. Fuel is unaffordable to millions of cold, hungry families. They can’t even afford to heat a tin of soup.”

Of course, social media and news outlets mostly reacted to the visuals, with some claiming the obscene act was due to Gen Z radicalists having no respect for art or history. But the girls’ message is not singular, they’re just one part in a slew of protests across the world as young people are trying to rally together and let big corporations and governments realize the severity of fossil fuel usage. After all, the painting wasn’t actually ruined, it was protected by a glass covering which is the whole reason the group chose the particular piece. Mel Carrington, a spokesperson for the Just Stop Oil group, told the New York Times that it was their intention to strike public debate and inspire change. The event even prompted other groups to pour out milk cartons in grocery stores. YPulse’s recent The Cause Conundrum trend research shows that Gen Z feels that it’s up to their generation to help climate change—and to them, drastic times call for drastic measures, especially when they believe large corporations aren’t doing their part. 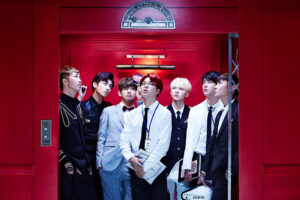 The world’s favorite K-Pop boy group, BTS, has announced they will be taking a multi-year hiatus while the members of the group fulfill their mandatory enlistment in South Korean military service. Fans were already hit this year with an announcement of a pseudo-breakup, with each of the seven members focusing on their own projects, but now the group will be apart until roughly 2025. A statement from their record label, BIGHIT Music, states the company “has focused to the milestone moment when it would be possible to respect the needs of the country and for these healthy young men to serve with their countrymen, and that’s now.”

Response from their dedicated fanbase, dubbed ARMY, has been varied: some are proud of the boys for fulfilling their duties, while others are heartbroken to lose their favorite artists for three years, and others still are furious the government refused to make an exemption for the idols. And, of course, some have made memes of it (laughing through the pain, as they say). They’ve taken to calling themselves military wives, and trending the hashtag #btsmilitary to speculate how many Gucci bags member Kim Taehyung can bring with him to service.

there are 797 bangtan bomb, 156 run episodes, 32 bon voyage episodes and 13 in the soop episodes for a total of 998 videos/episodes so if you watch 1 per day for 3 years you’ll feel like bts never left

But, thankfully for their fans, the group has put out hundreds of entertainment videos to tide them over in the coming years. And while many would likely speculate this is the end for BTS (is One Direction still on hiatus?), they should know military enlistment has not stopped groups before them from continuing on. YPulse’s Borderless Culture report shows K-Pop is one of the top forms of international entertainment young people in North America consume, so BTS is likely set to maintain their global star status when they return.

British James Corden went viral earlier this week after a popular New York restaurant—Balthazar—banned him for rude behaviour. Keith McNally, the owner of said restaurant, used Instagram to label Corden a “cretin of a man” and an “abusive customer.” The post comes with two examples of poor behaviour from the comedian and has received 41K likes and media coverage worldwide. Many social media users have come forward with their own stories about Corden being terrible. Meanwhile McNally was been praised across the internet for putting his staff first, and his post has been inundated with comments of support for this banning of Corden. In the eyes of young Europeans, 59% believe working for an organisation where their voice can be heard is very important, and Balthazar’s owner’s response does just this.

The comedian has apologised after the scathing ban, and is now un-banned after calling McNally, but calls for him to apologise to the staff have also been made. And of course, the incident fuelled a new meme across Twitter. Timelines have been full of young people banning James Corden from places like stardrop saloon in Stardew Valley to the nightclub from Club Penguin, even Yorkshire. Ryanair has gotten involved by publicly banning James Cordon from their flights, gaining around 299K likes in support. James Corden has been offered a second chance with Balthazar, and while his apology is the correct cause of action among young Europeans who believe the correct response to being “canceled” is to apologise immediately, it seems social media is going to take just a little bit longer to forget.

TikTok has an odd theory about red nail polish

Selena Gomez and Hailey Bieber shocked everyone in a photo together

Megan Thee Stallion’s SNL performances are all over social media

Netflix’s The Watcher has the characters wearing obnoxiously neutral tones

Twitter can’t help itself each week with more House of the Dragon memes, but tweets are particularly flying rampant after the feet scene

The Lays x Balenciaga​​ chip bag purse is how much?!?! 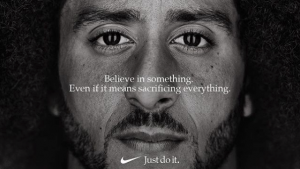 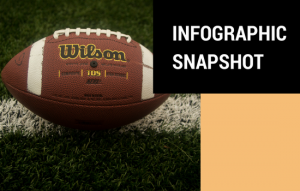 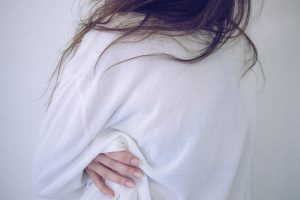