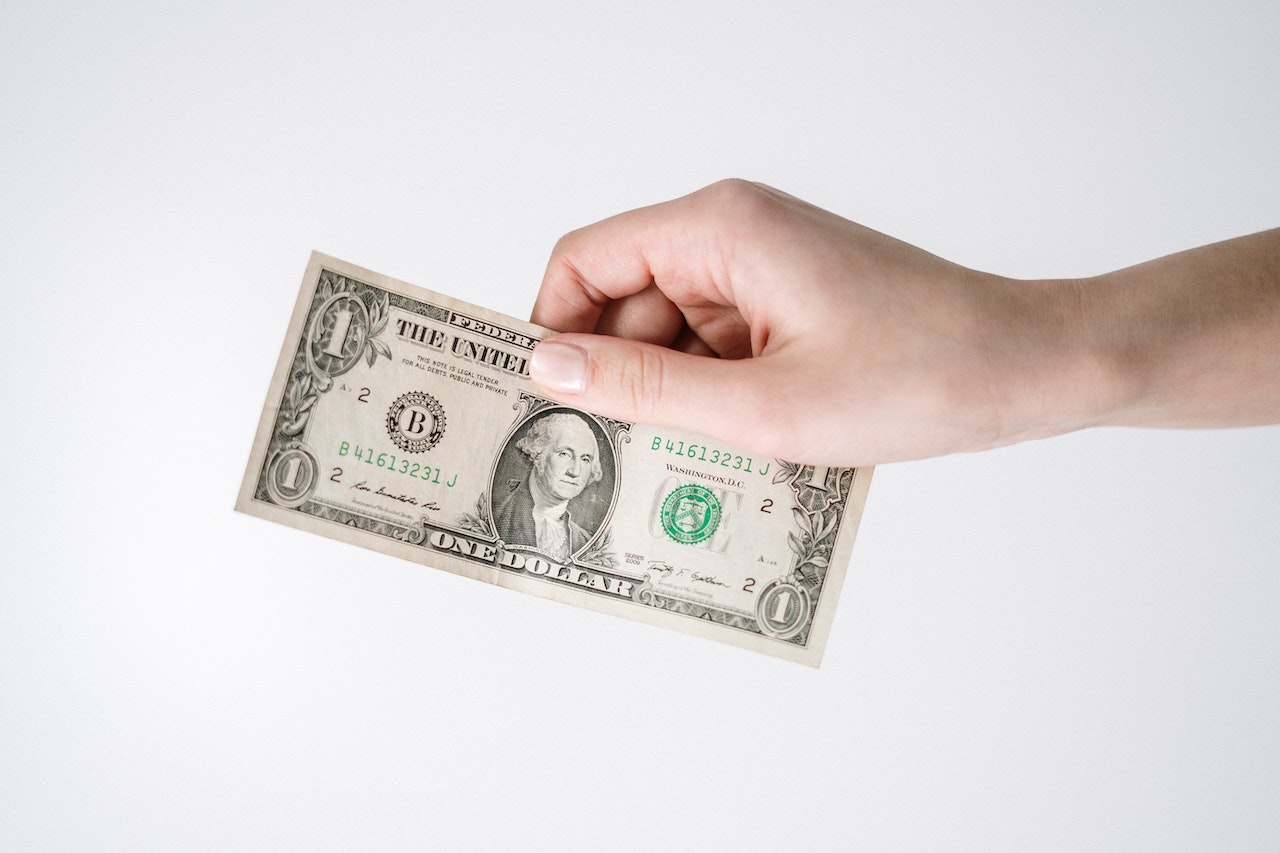 With fear of a recession, and the already huge impact of inflation, YPulse’s brand data shows affinity for dollar stores is on the upswing among Gen Z and Millennials…

Gen Z and Millennials are stressed about money, between the economic hardships that came with the pandemic, inflation causing rising prices all year, and now the looming threat of another recession. In fact, when YPulse asked young people to think about the current state of the economy, 40% say we’re already in a recession. Despite some experts saying another recession wouldn’t be as bad as the detrimental ones these young gens have seen already, they’re showing caution in their spending habits anyway. CNN reports that despite wages rising faster than ever, inflation is doing the same, and “the cost of essentials is eating away at workers’ fatter paychecks.” But, much the same way young consumers love budget shopping at mass merchandise stores, they’re showing a growing affinity for the most budget-friendly option there is: the dollar store.

YPulse’s brand tracker monitors Gen Z and Millennials’ brand affinity through 20 diagnostics, and which are rolled into the brands’ YScore+, an overall measure of their performance among these gens. Young consumers are surveyed weekly to track how brands measure up over time, and their feelings toward dollar stores are telling of their financial precautions. We looked at Dollar General and the Canadian chain Dollarama to get a sense of just how much more young consumers in North America are turning to the dollar store in the face of economic hardship, and we found they have more brand love for these affordable retailers than ever: 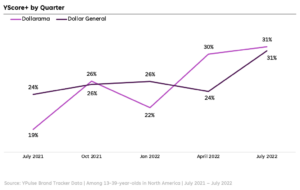 *YPulse began tracking Dollar General and Dollarama in Q2 of 2021

In the past year, YPulse’s brand tracker shows a +7pt increase in YScore+ for Dollar General, and a +12pt increase for Dollarama. This spike in affinity aligns with their increasingly worried feelings toward their finances compared to last year; YPulse’s Personal Finance and Services report found that 58% of young people had negative feelings thinking about money this year, up from 53% last year.

The specific timing of these jumps in affinity can be measured more closely. Dollar General saw the most significant increase in YScore+ in Q2 of 2022, with back to school shopping likely a major driver. In YPulse’s Back to School Shopping Report, 75% of Gen Z and Millennial BTS shoppers said inflation would be affecting their shopping choices this year, and 41% said they planned to make purchases at the dollar store. For Dollarama, Canadians appear to have made the switch earlier, and the chain saw double digit increases in sales in both the first and second quarter of this year, even as Canada limited retailers to only selling essentials.

Young consumers’ affinity for these brands does not solely come from price. Our Mass Merch Mentality report shows that young people do not see quality as a sacrifice for price at many of the budget retailers they choose. Though these “small box” stores don’t rival the variety of stock at Gen Z and Millennials’ favorite giant retailers, they meet many needs for necessities (and even carry somename brands for them). YPulse is able to see which attributes young consumers most associate with these brands, and Dollar General scores highly as reliable (41%) and trustworthy (39%), while 41% say Dollarama is a recommended brand.

These positive feelings toward dollar stores are visible on social media, where sharing their #DollarStoreFind has become a viral trend. The hashtag #DollarStore has nearly 700M views on TikTok, full of budget DIY hacks, home decor / organization and beauty finds. YPulse data shows TikTok is extremely influential on what young people are buying (especially for these types of items), and more than half of young people say they’ve purchased something after an online influencer recommended it. Plenty of videos even recommend viewers ditch their brand-name, full price options because of comparable quality and looks. For Millennial parents, there’s also plenty of dollar store recommendations and product hacks: one mom went viral for making her daughter a monthly “subscription bag” at the dollar store, and others shared their finds for kids’ school supplies, including Crayola brand, for the best price.

While inflation has already made many young consumers consistent dollar store shoppers, a recession would likely push even more to make the swap. Afterall, when YPulse asked Gen Z and Millennials how a recession would affect their spending, they say their first course of action would be to only shop for necessities—something dollar stores are able to provide.

Though YPulse was not tracking these brands during the pandemic recession, other sources report the correlation between tight wallets and dollar store shopping then looked much the same as it does now. In fact, dollar stores were so successful during the pandemic that they were opening new ones constantly. The Washington Post reported in August of 2021 that “The 1,650 dollar stores expected to open this year represent nearly half of all new national retail openings, according to Coresight Research.” Dollar General alone already has more than 18,000 locations in the U.S. Between Dollar General and Dollar Tree / Family Dollar (of shared ownership), “There are more than 34,000 dollar stores in the United States, more than all Walmart, Starbucks and McDonald’s businesses combined.” 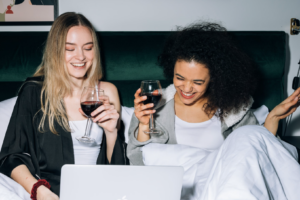