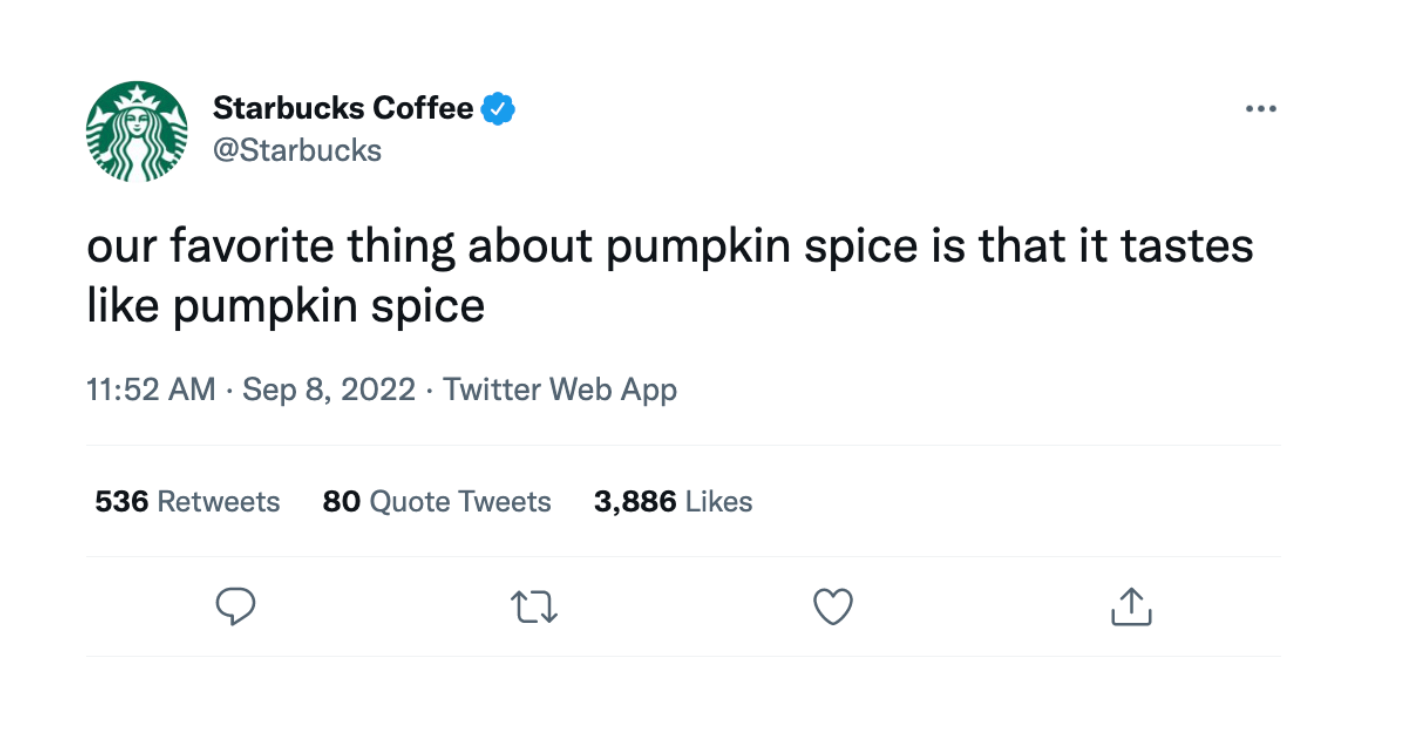 The phrase “brand twitter” sounds straightforward: the side of Twitter where brands post their content. Except, it’s more than that to Twitter natives. “Brand twitter” is often used to explain where young social media managers attempt to make their brands seem human through non-professional tweets and memes. It might seem antithetical to let your platform send a non-professional message on social media, but it’s actually one of the most attention grabbing marketing tools a brand can use if done right.

YPulse’s Social and Mobile Marketing report shows 68% of Gen Z and Millennials agree, “It’s funny when brand accounts on social media act like people.” Somel brands have made this their whole social media approach, and participating in trends only makes a brand more likely to hit the feeds, For You Pages, and timelines of the young people they’re trying to reach. Some of the easiest trends, and ones young consumers say they like to see brands interact with, are viral memes, no matter how ridiculous they are. But, there’s been plenty of times a trend turns out to be problematic, so there’s due diligence to be done first.

The question of how to do memes the “right way” is unfortunately, not so cut and dry, but there are certainly factors that can trigger success. The Washington Post recently wrote about the prolific meme-hub “Know Your Meme,” which tracks trending jokes better than any other source, and says, “Netscape founder and venture capitalist Marc Andreessen calls it ‘the most important website in the world in 2022.’” That’s because being on time to a meme is everything. If done in the perfect window of a meme being viral enough to recognize and still recent enough to be funny if made niche, a brand can be as seamless a part of a trend as any other user—and create personality because of it.

Though, using social media like a person and not a brand could feel unnatural or even risky, so it’s more than okay to wait for the right, safe meme to come around. When it does, think fast and simple, and don’t try to get too promotional about it. To really get a sense of what a brand doing memes right looks like, we’ve compiled four recent examples to guide you:

We love our brand because it really feels like our brand

YPulse told you on a recent Viral List about Harry Styles’ fumbling interview about Don’t Worry Darling at the Venice film festival where he said “My favorite thing about the movie is, like, it feels like a movie.” The internet saw it as the perfect meme content; memes need to be easily replicated in new ways, and the word “movie” could be replaced with anything. A few brands jumped at the opportunity to do what their whole timeline was doing:

Our favorite thing about airplanes is that they feel like airplanes ✈️

our favorite thing about animation is that it feels like animation

So many, in fact, that one fan of Styles tweeted a few examples with the caption, “oh harry will never see the end of it.” But, luckily, the influx of tweets ended in a few days time, and by now the meme has faded into the periphery of pop culture. A few brands have, however, continued to try to use the format since then, with little successful interaction. In the same way that many say a meme is done when it’s made it to Facebook, others say it’s time is near when it makes it to brand Twitter. So, key takeaway: if a meme is trending, do it then and there, and know when the time has passed.

Little Miss memes had a big moment across platforms in their peak. Know Your Meme shows the meme actually began on Tumblr, before making its way to TikTok, Instagram, and Twitter, each in unique formats. However, it was most popular on Instagram, where users edited quippy titles over cartoon characters, always with an edge of self- deprecating humor. Memes like Little Miss Cries When She’s Mad and Mr. Sleeps Through Alarms were reposted by anyone who related.

Brands had a long window to get involved with this meme, as it stuck around for a while (and still gets reposted despite its viral moment passing). E.l.f. cosmetics got the trend just right with a post of “Little Miss unwashed makeup brushes,” and a more brand-centered, supportive, “Little Miss used e.l.f. since it was $1.” Other brands took to it when it reached Twitter, where no image edit was even required. LinkedIn chimed in with “little miss gives up on a job application if it requires a cover letter,” nailing the Gen Z humor.

Popular phone case brand Casetify got especially lucky with the timing of this meme, as it directly coincided with their launch of a Little Miss and Mr. Men phone case line. In this case (no pun intended), meme-related merchandise didn’t feel forced, as it often can. Because they had the lucky break of not making it based on the meme, they reaped the benefits of not being late and not looking corny for making a product around a meme they didn’t come up with.

Describe your brand in one word

Sometimes memes aren’t all about what young people are doing, and are about what other brands are doing. This meme, which was just for brand twitter, originally came from apparent meme expert Amtrak. On September 1, the brand tweeted one word: trains. Quickly, other brands SMM’s caught on, and began tweeting their own single word explanation, always in lowercase—extra casual. Gen Z fav Minecraft tweeted “blocks,” and Starbucks claimed the single moniker “coffee,” leaving Dunkin’ Donuts with “donuts.”

Some of these iterations even performed better than the original tweet. McDonald’s took a slight left turn on the literal, and described themselves as “clown,” racking up 195K likes to Amtrak’s 185K. Domino’es made a similarly less-direct, but well-placed joke, tweeting “pineapple,” and following the tweet by responding to both disgruntled and appreciative replies.

Some brands, unfortunately, did not quite understand the assignment; Hanes replied “socks” to Domino’es, and “underwear” to McDonald’s, but their own single word tweet didn’t land like others. CNN tweeted “breaking news,” breaking the one word format, but still getting 239K likes, showing the rules are flexible if you really stay on brand. And this meme truly was about being a brand—having a focus, a purpose even, and being able to take themselves less seriously in delivering that message.

Some brands are most successful at playing into a meme that no one could duplicate. This can still be a trending meme, but one that many brands would look out of place interacting with. Take for example the Corn Kid, who went viral because he just really loves corn. Chipotle quickly teamed up with 7-year-old Tariq, becoming his first official sponsor, and posted a video more unique than the TikToks using audio from his original interview. Captioned “wait for it,” the video shows a Chipotle employee asking a customer which ingredients they want, all of which they say no to, until they get to the corn and it reveals Tariq, who gleefully replies “It’s corn!”

Wendy’s recently hopped on the meme of “carmy in the kitchen,” a photo from Hulu’s The Bear that was circulating on Twitter. The picture is captioned and re-captioned with ways people feel like a chef, despite them usually being basic kitchen tasks. Wendy’s captioned the photo “y’all after asking for half and half frosty in the drive through.” As is, Wendy’s has become somewhat famous on Twitter for starting beef with other brands, and has continued with their humorous presence ever since. What’s made them so successful in that way is that their Twitter has become something of a separate entity for their brand, a place where they make jokes more than they promote themselves formally. 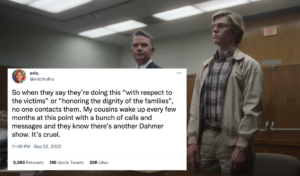