3 New Apps Taking Off Because of TikTok 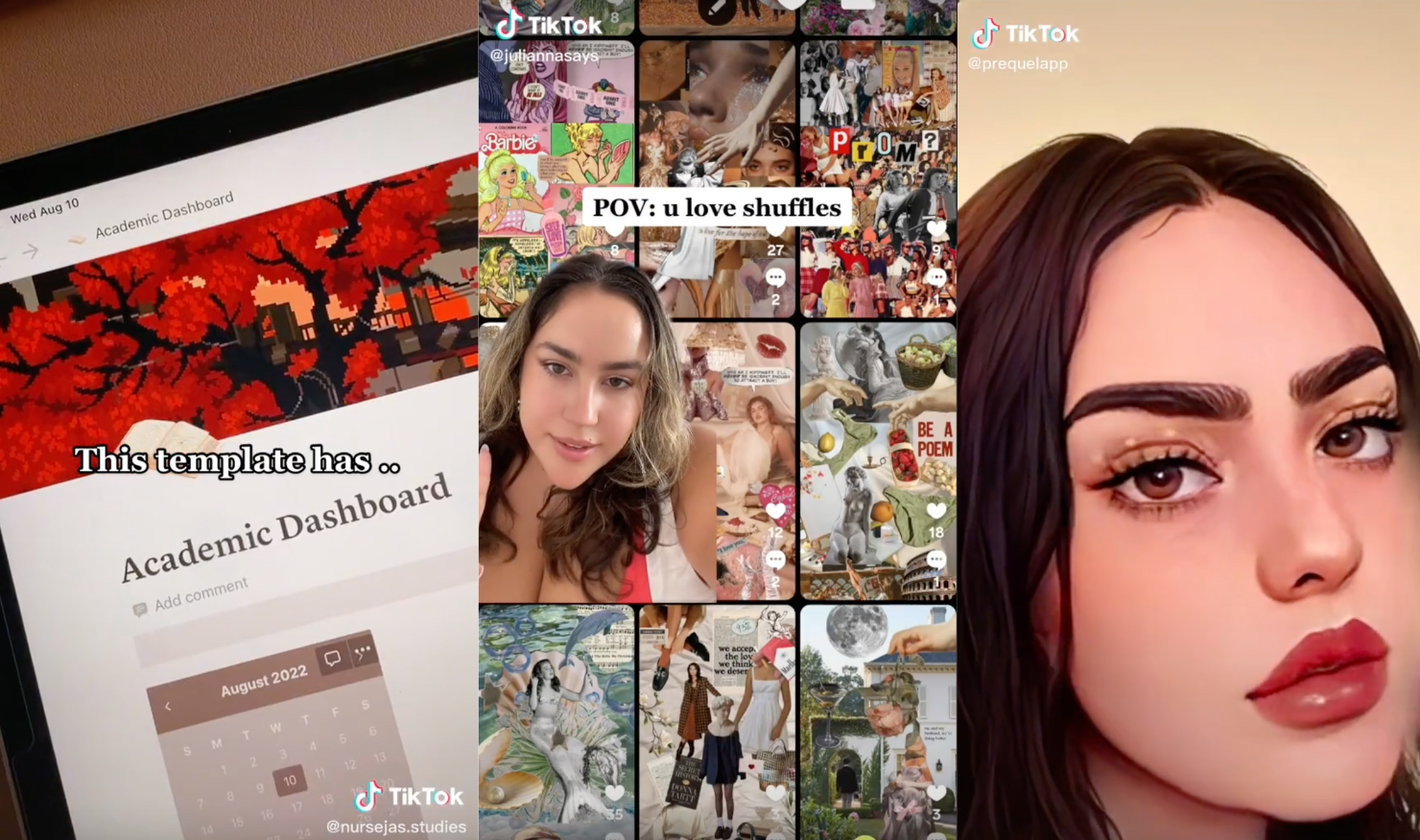 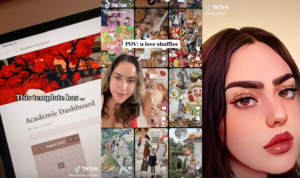 It’s almost impossible to compete with TikTok, but some new apps succeed because of it…

Knowing that TikTok is Gen Z’s favorite app, it’s become vital for brands to pay attention to what they’re creating on there, and find ways to get content from their app onto For You Pages. Apps like BeReal have shown how powerful going viral on TikTok can be, as a new app could go from virtually unknown to a Gen Z favorite in a matter of days with a viral hashtag or trend. And because this gen loves aesthetics, they’re especially willing to download trending apps that let them be creative in their contribution to the feed.

YPulse’s New Content Creators trend research shows 50% of Gen Z say it’s important for them to have a creative outlet, and while they’ve had access to basic photo editing apps for years, the market for becoming amateur editors and designers has grown thanks to trends on TikTok. Whether it’s how to make their pictures look like film, or the home screen of their phone themed like their favorite movie, Gen Z finds the best apps for every trend. Because of them, more apps than ever are developing ways for them to be creative and share it with their friends.

Apps that allow young users to DIY are currently flourishing, and the ability to show the results on TikTok is fanning the flames of their popularity. Based off recent TikTok trends, these three apps are their most recent creative obsessions: 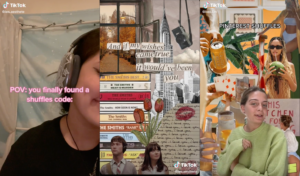 Shuffles, despite not being formally launched yet, has already become a craze for Gen Z thanks to TikTok. The app, created by Pinterest, allows users to create moodboards and collages from content on Pinterest or their own pics, which they can edit, and even animate, and share either on social media or with their in-app community. In order to get in, though, users must be invited by Pinterest or get another users’ access code, which can only be used five times.

This exclusivity has helped drive interest; on TikTok, users who have gotten access and shared their creations have gone viral—the hashtag #Shuffles has nearly 80M views. Most of the posts are flooded with comments begging for invite codes that haven’t been used up yet, and some creators are even lightly bragging about their ability to get one. In turn, in late August, just a month after launching, Shuffles was ranked as the No. 1 Lifestyle app in the Apple app store in the U.S., and was the No. 1 overall app in Ireland, New Zealand, and the U.K.

As it is, YPulse’s Social Media Monitor report shows one quarter of young people are using Pinterest, and 40% of Gen Z females do. It maintains popularity for the younger gen for style inspiration and is a hub for aesthetics, where they can make boards for everything from a dress code for an event to poses to recreate for Instagram pictures (which is a popular trend on TikTok). Shuffles takes these mood boards one step further by letting them collage images with a cut-and-paste editing style (which Apple has also integrated in their new, trending update). And it has the unique ability to animate these moodboard images—a smart addition to make it usable as short form video content.

The fact this app is already so successful without full public access shows that Pinterest has nailed young people’s desire for new tools they can use to make original creative content—that they can then share on other platforms. Whether it will maintain its appeal when it’s no longer exclusive is hard to say, but early signs point to a new competitor for Gen Z’s attention. In the meantime, we’ll be waiting on our invite codes. 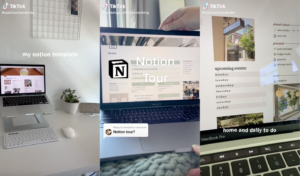 Remember bullet journaling? The analog style of creating one’s own planner in a blank notebook was hugely popular among young people years ago, especially on YouTube and Tumblr. Now, the same penchant for aesthetically pleasing organization is popular on TikTok, but with a digital spin. The web app Notion is rising in popularity for the same function, by giving users full creative freedom to design their own online planners—without having to draw everything by hand.

Though it was launched in 2016, Notion has recently been adopted by TikTok users for all things productivity and organization, and the hashtag #Notion currently has over 500M views. Aestheticizing productivity has been a growing trend with the younger gens, for busy working Millennials and student Gen Z especially. The totally customizable templates make it easy for them to put everything from assignments to travel plans in one place while matching their current aesthetic. A filterable budget database can be paired with a cover photo straight off their latest monochromatic mood board, or a simple weekly to-do list can match an embedded spotify playlist.

And as Gen Z loves to do, they’re sharing their self-made templates and widgets with each other. Through the hashtag #NotionTemplate, anyone on TikTok can find inspiration for their Notion dashboard, or even purchase a premade layout. Young people are especially good at monetizing their creativity in this way; in the past, they’ve sold each other photo filters and digital planners on platforms like etsy, and Notion templates are simply the next iteration of these young designers knowing the value of a good aesthetic. 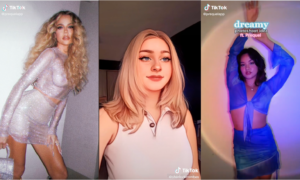 Gen Z has cycled through popular photo editing apps quickly over the years; VSCO, Huji, Dispo, Picsart, and Snapseed are just a few that have been deemed capable of making the perfect Instagram pic. Now, Prequel is on its way to being Gen Z’s favorite photo editing app. Ever since their cartoon face filter went viral on TikTok and Twitter this year, the app “has consistently ranked as one of the most popular apps of its type, especially in the U.S., Europe, South America, and Asia.”

The famous cartoon filter is unlike others that have claimed to have the same cartoon effect; Prequel’s editing uses AI that reads the image better than say, an Instagram or Snapchat filter. As a result, the cartoon faces both look like the user’s real face, and a doe-eyed Disney character, and that’s what made TikTok go crazy. One video showing a TikToker with the “Cartoon+” filter on her pictures has nearly 600K likes, prompting a following tutorial lauding Prequel for doing all the work.

Since their launch in 2018, Prequel has been downloaded more than 100 million times and continues to be a favorite for dynamic filters and video effects. Beyond the famous cartoon filter, though, many of the effects come at a cost. Young consumers are evidently willing to pay for it, though—Forbes reports that the majority of Prequel’s paying customers are under the age of 25. Prequel has also racked up their own huge social media following, with 5M followers on TikTok and Instagram combined. They often repost the best edits from young creatives, which YPulse’s New Content Creators trend report data shows is a trustworthy way to gain support from the younger gens. Three quarters of Gen Z and Millennials  agree, “I’d be excited if a brand wanted to repost my content (credited) on their own social channel.”