How Study Apps Are Shaping Gen Z and Gen Alpha Learning, In 3 Stats 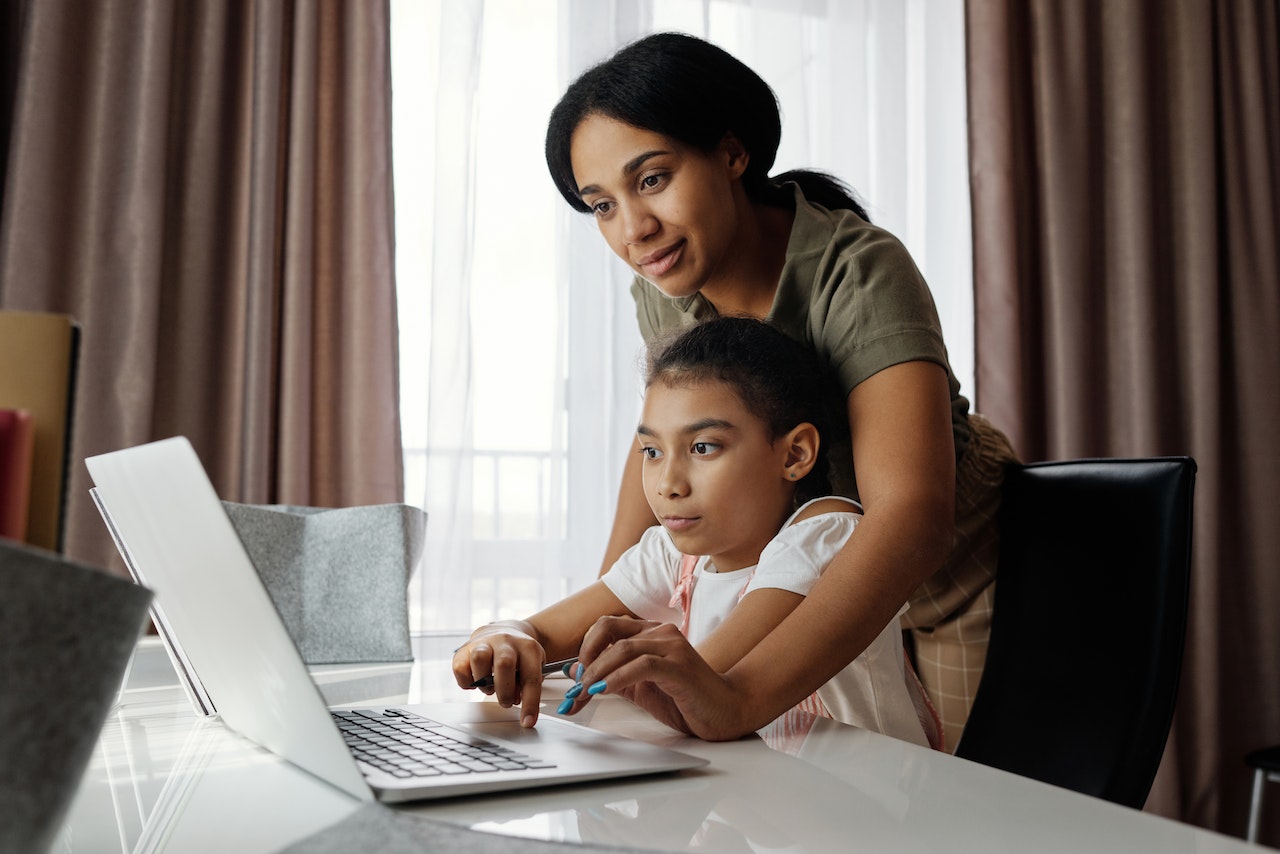 Gen Z students are all for study apps, and soon, Gen Alpha will be too…

As digital natives, young Gen Z are adept at using technology to meet all of their needs, and education is no exception. While technology was likely a part of their education before the pandemic required fully virtual learning, now it is integral, even as they return to the classroom. For them, note taking probably involves a touchscreen, studying a YouTube video, and the days of physical flashcards are almost certainly behind them. All of these needs are being fulfilled by ed tech apps and programs, which are now as common a resource for students as books, if not more so.

Ed tech is a broad category, but one Gen Z students are well-versed in. For several years now, study apps Quizlet and Kahoot! have been top ranked brands for Gen Z, according to YPulse’s brand tracking data. In 2021, while students were still largely in virtual learning environments, Quizlet ranked second only to Amazon for Gen Z’s top brands, and Kahoot! ranked ninth, making it clear that Gen Z has incredibly high affinity for the platforms that are helping them to learn outside the classroom. But just how many are actually tapping study apps and platforms like this, and how big a role are they playing in the education of the next generations?

YPulse’s Education report asks students specifically about their use of ed tech apps, and asks Millennial parents about their children’s use of them—giving a peak at what’s to come for Gen Alpha’s education. These three stats show ed tech is a part of Gen Z’s education that’s here to stay: 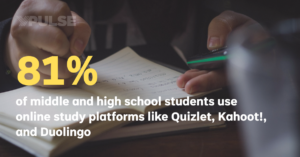 The vast majority of middle and high school students say they use online study platforms like Quizlet, Kahoot!, and Duolingo. YPulse has long said that Gen Z are DIY learners, and our Self-Taught Trend Report explored what resources they turn to when they’re looking to learn something new. Their top choices are Google and YouTube, two resources they’ve grown up with full access to like no other gen before them. In fact, 38% of students agree with the statement “I learn more through the internet than I do through school,” showing that ed tech is a more valuable resource to them than ever. But, their interest in study apps show that they’re not only interested in learning independently, and are open to brands being part of their education.

Outside of being recommended to them in the classroom, Gen Z is also discovering the usefulness of ed tech on their favorite social media platform, TikTok. According to YPulse’s Social Media Behavior report, 70% of middle and high school students use TikTok, which makes it one of the best places to promote learning resources, especially by painting them in a fun light. Quizlet announced a partnership with TikTok in early 2021, which allowed users to embed Quizlet flashcard sets directly into their videos. The aim was to make “it easy for teachers and students to share educational content.” Duolingo, on the other hand, took a starkly different approach on TikTok that garnered tons of attention. Their brand mascot, Duo the Owl, is the star of totally “unhinged content,” which centers around the running joke of what the Owl will do if a user misses their daily language lesson.

These study apps are even more popular among college students, as 86% tell YPulse they use online study platforms. One 21-year-old female college student told YPulse they use Duolingo because, “it helps me learn languages and it’s a really nice, free program that gets the job done well.” The ease of accessibility to these programs is clearly a huge selling point for these gens, as they choose them over other resources… 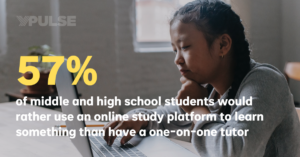 Ed tech apps are clearly working for this generation of students, as given the options to learn something from a one-on-one tutor or an online study platform, 57% of middle and high school students tell YPulse they would choose a study app. YPulse research has shown that Gen Z are self-teachers, and their lifelong experience of being online makes it easy for them to prefer the instant results of a Google search to the option of a tutor. In fact, the vast majority will choose an online resource to teach themselves something new and our Education report shows that, for students of all ages, they’re more likely to turn to an online resource than a teacher if they want to learn something new.

And though it may feel unusual that students would choose the internet over a one-on-one tutor, these highly self-driven learners are simply doing what gens before them have done, digitally. Think of study apps as this generation’s version of Cliffnotes—which has been around since 1958, and is still used today—they’re quick (and often gamified), accessible from their smartphones, and allow them to learn at their own pace, anytime and anywhere. Our Self-Taught Trend report shows more than half of Millennials turn to online courses to learn something new, but as much of Gen Z is still too young to be investing money into their studying or passion research, ed tech apps are their perfect medium. Their interest in study apps also shows that they’re not only interested in learning independently, and are open to brands being part of their education. 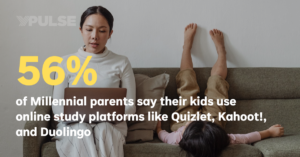 As for the youngest of Gen Z, and the first of Gen Alpha, Millennial parents tell YPulse that over half of their children are using online study platforms like Quizlet, Kahoot!, and Duolingo. Gen Alpha is still too young to predict exactly how their classroom experiences will look, but there is no doubt ed tech will remain a learning tool for this next generation. For many, it’s what they’re starting with. YPulse data shows more than 43% of Millennial parents have already given their child a smartphone, and over half have given them a tablet. They aren’t hesitating to give their kids access to tech that can shape their education.

When we asked exactly which study apps their kids are using, and why, many Millennial parents say their childrens’ teachers encourage, or even require students to use these different platforms. But, they would choose to use them anyway, as one 38-year-old Millennial dad says Kahoot! and Quizlet “really puts in their competitiveness and they overall have lots of fun competing with each other.” On top of being plugged into smart devices, 78% of Millennial parents tell YPulse their children play mobile games weekly or more—which is why these gamified study apps lend themselves so easily to the youngest gens. Rather than feeling like their study time is strictly about memorization, or has to be done in silence to focus, these apps allow young students to engage with their learning as a game, which they’re already highly accustomed to the format of. Another 32-year-old Millennial dad tells YPulse they play Kahoot! games together, showing these ed tech platforms are also a fun way for parents to get involved in learning with their kids.

Gen Z has faced years of education disruption, with the pandemic  presenting challenge after cha...