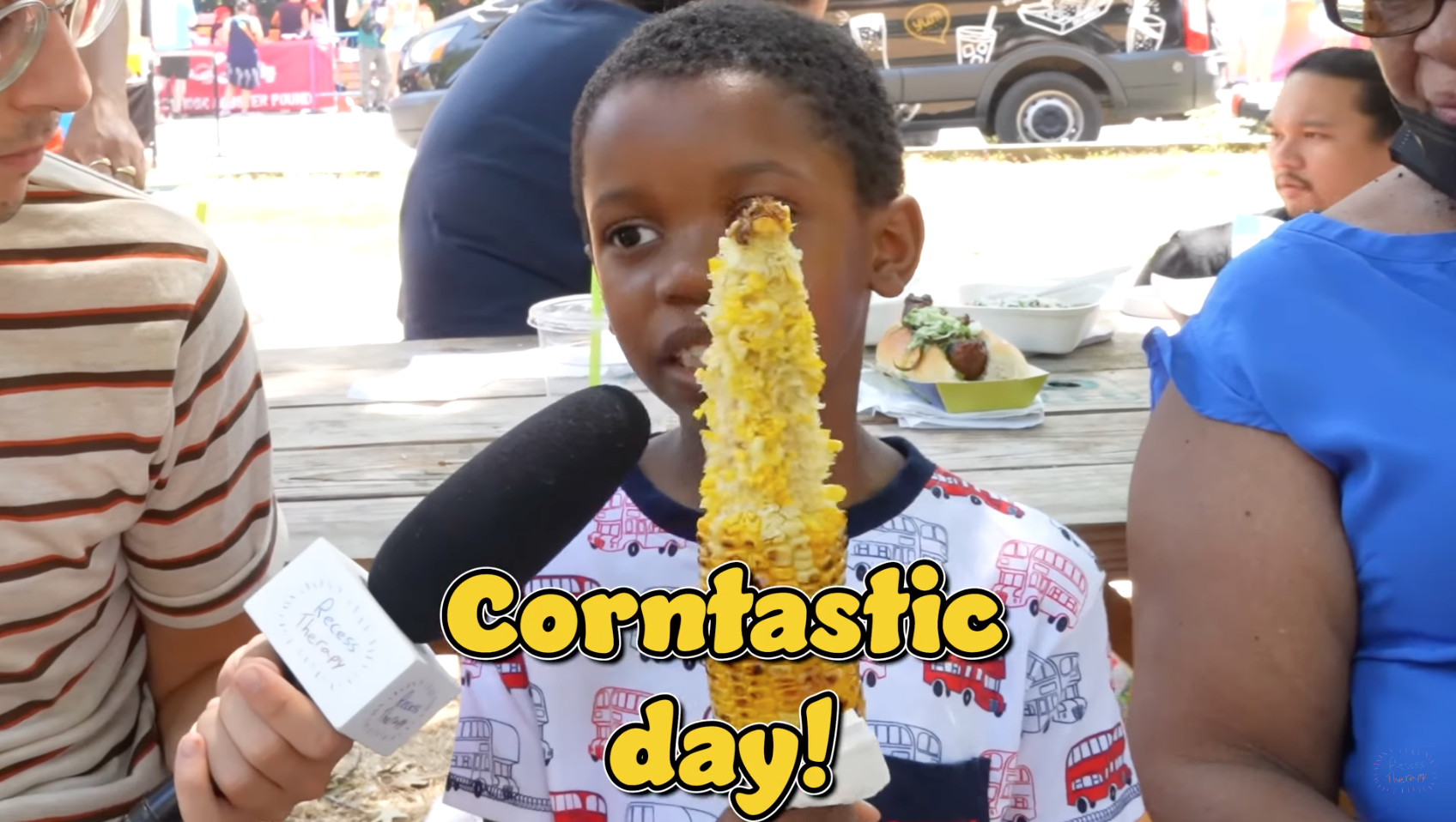 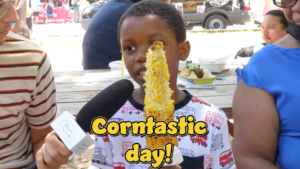 Fenty X MSCHF created ketchup packets that might be lip gloss, or might actually have ketchup in them

Young consumers have grown jaded to brand collaborations; they’re everywhere now, and in order to really stand out from the crowd, brands are coming up with more experiential marketing to up the hype. This week, Fenty Beauty teamed up with Brooklyn art collective MSCHF for a collab called “Ketchup or Makeup”—yes, you read that right. The $25 collab box tests buyers’ luck: will the six identical, branded packets be full of actual ketchup, or the new red Fenty Gloss Bomb lip gloss? The mystery packets were also available at a pop-up hotdog stand in Union Square in New York City, where they could really get a hot dog, too.

MSCHF is a pro at these zany marketing pulls, and first popped up on the viral list in April of last year when they made “Satan Shoes” with Lil Nas X (and got sued by Nike over it). So while something like this could be expected from them, Fenty fans were taken by surprise. On TikTok, beauty influencers shared their real-time reaction, opening up the packets and trying on the gloss, or in some cases, getting an expensive ketchup packet.

Though TikTok beauty influencers got the #ketchupormakeup up to 20 million views in just a few days, users on Twitter were not so impressed with the collab. In fact, many didn’t care about the collab at all, and tweeted that all they really want from Fenty is Rihanna’s next album. But, despite this apparent cynicism to brands doing anything outside of their usual purpose, marketing campaigns like this certainly draw eyes, and YPulse research shows young consumers are willing to buy special edition product if it’s cool enough. Meaning, moral of the story: all buzz is good buzz, because these gens are going to try it—especially if they can record it.

Also in collabs: SHEIN partners with The Future X for a Y2K back to school collection 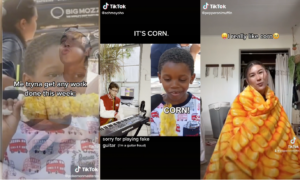 This week on TikTok: A wholesome video of a kid who just really loves corn is the popular audio of the week

TikTok has a new favorite audio nearly every day, but this week there was a clear favorite: a remix song of an interview with a little boy who just loves corn. The audio originates from a YouTube video titled “The CEO of Corn” from the channel Recess Therapy, which was then reposted by another account on TikTok where it gained four million likes. From there, everything went as perfectly as a meme can: TikTok user @schmoyoho turned it into a song, getting 5.7 million likes in a week, and the audio has since been used in 119K other TikToks.

The title of the audio, “Corn but it becomes a song and unites the world,” is quite accurate to the positive trend it’s spurred. Creators are using the sound to show off the things they love as much as this kid loves corn: cows, their cat eating cucumbers, and sometimes, a shared love for corn. The audio lends itself to be reused by including the soundbite of the interviewer asking what he likes about corn, followed by his simple, thrilled explanation: “it’s corn!” Some of the most viral videos using the audio are just showing their love for the trend, and how stuck it’s been in everyone’s head, proving that the internet is still a place for wholesome, silly videos to go viral for making people smile.

Also on TikTok: Young people are finding micro-tattoo artists on their For You Page, and Billie Eilish made a vocal coach tear up by taking his advice 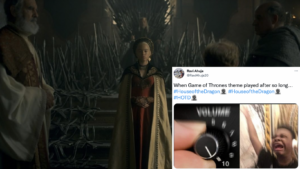 HBO’s House of the Dragon was their biggest premiere ever

House of the Dragon’s chance of rekindling the Game of Thrones fire has surpassed expectations—but it comes as no surprise to those who have been following the build up. The Game of Thrones prequel attracted 10 million viewers on Sunday night alone, the largest showing for a new series in HBO history—which means multi-year marketing campaigns work. The series’ millions of fans made it “the No. 1 trending topic on Twitter Sunday, and [it] garnered more than 2 million Google searches that day.” One video on Twitter of a Brooklyn apartment building showed the episode playing in what appears to be most of the apartments, and it’s gotten 7.9 million views.

The fan reaction to the new show ranged from enthusiasm and humor to tears and shock. Of course the ending credits, which featured the OG Game of Thrones theme song, induced nostalgia for those who kept up with the series’ eight seasons and had them posting video reactions and memes on virtually every social media platform.

Months leading up to the premiere, HBO was hyping fans for its release with an immersive, Tamagotchi-esque, AR experience, House Of Dragons: DracARys (emphasis on the AR) allowed users to become their own mother of dragons by taking care of and training their own dragons from eggs to adulthood. At the San Diego Comic Con in July, HBO Max popped up a replica of King’s Landing, Dragonstone, and the Red Keep, which allowed attendees to participate in a dragon egg-hatching ceremony where they could bring AR versions of their hatchlings home via the app, as well as snap photos atop the iconic Iron Throne.

In anticipation, viewers had been gearing up to rewatch old GOT episodes ahead of the prequel’s premiere, which shows fans are willing to forgive the atrocities that happened in the OG’s final season. YPulse research shows that during GOT’s final season, Gen Z and Millennials ranked it as one of their top shows they were binge watching and it’s looking like that might hold true again for House of the Dragon. Plus, for the fans who want to spend even more time in Westeros, they’ll be excited to know that House of the Dragon is already renewed for a second season and HBO has several other spin-offs in the works.

Also in TV: Barbie Ferreira is leaving her role as Kat on Euphoria 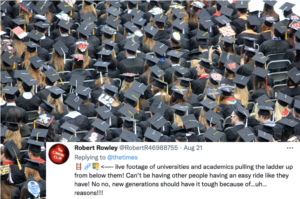 Universities Within The U.K. Are Wanting To Hike Tuition Fees To Record Levels

Currently, U.K. students pay up to £9,250 a year for their tuition fees, but there’s a call to increase fees to £24,000 per year. University chiefs want to close the financial gap between domestic and overseas students, especially as they’re forced to take more international students because of the increased funding they provide for Unis—making it more competitive for British students. According to the London Economic, one in five undergraduates attending university this autumn are from overseas, whilst British undergraduates declined by 13%, and this increase in fees won’t be helping.

Of course, the news has sparked discontent on Twitter, with many questioning university learning and the exclusion of poorer background students who cannot fathom a rise in costs. The possibility of a staggering increase might be the start of a decline in university for younger generations as they look forward to adulthood away from immense debt, and toward success that doesn’t include the status of academic accomplishment—a decline that can already be seen amongst young U.K. consumers as they tell YPulse university is the least valuable compared to their European peers.

Celebs: Harry Styles got called the new “king of pop” on his viral Rolling Stone cover, and not everyone agrees with this title

Music: Nicki Minaj’s “Super Freaky Girl” makes a historic debut at No. 1 on the Billboard Hot 100, making her the first solo female rapper to do so since 1998

Food: Pink Sauce has been saved by the maker of Insanity Sauce

In Western Europe: Miss England contestant competes makeup-less for the first time ever