4 TikTok Influencers You Haven’t Heard of Yet, That Millions of Gen Z and Millennials Have

Once upon a time, there was a formula to being a successful content creator, but now, all it takes is a well-timed 15-second video. Where five years ago a YouTuber may spend a full week writing, filming, and editing a video in hopes of it making the trending page, a TikTok user today can use the right sound once and have a million followers within the month. Not only do they gain these followings fast, they gain trust from them just as quickly. Especially from Gen Z and Millennials, who rely on creators their own age to direct them to products, useful information, and other follow-worthy accounts.

Last year, YPulse data showed that Gen Z and Millennials trusted YouTubers more than any other public figure (including the police). This year, our research shows YouTubers remain their top most trusted source, but TikTokers have gained more trust, especially from Gen Z. YPulse’s most recent Celebrities and Influencers report explores the ways, and reasons why, young people trust online celebrities, and shows their relatability is paramount to the trust they receive.

Because everyone’s feed is so personalized, and differs based on the app you’re using, it can be impossible to know every young creator who has massive influence. The next person on your For You Page could have 12 followers or 12 million, and as viral fame has been democratized on algorithm-driven platforms, the number of creators with significant followings has exploded. Today, many young people with millions of fans remain unknown by most brands.  But it’s important to understand which community their platform reaches, and how they use it. YPulse has curated a list of a few highly influential creators you might never have heard of to know right now: 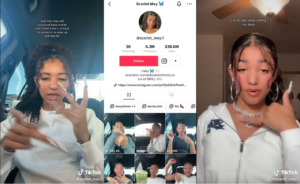 Scarlet May: 6.3 Million Followers on TikTok

Scarlet May is earning millions of views a day on TikTok, where many of her videos are educating viewers on what it’s like to be Deaf and using ASL. Just about every video she’s posted in the last month has more than 1M views, some as many as 12M. Her content varies in subject, from comedy to storytimes, to videos specifically made about being Deaf, and famously, translations of popular lyrics into American Sign Language.

For every video where May is speaking, her signing is accented by her always manicured, long nails. While this may not seem like it would make much of a difference, her nails are a focal point of many of her videos, and have actually been a point of criticism from many viewers, and she recently went viral for content addressing the fact that PewDiePie (the most-followed YouTuber in the world) made fun of them. In one response video, she says she’s been trying to normalize having long nails and using ASL, using her platform to let people know it’s not to be judged.

For some viewers, May’s content might be the first they’ve seen from a creator with a disability, but her engagement (and already some sponsored content) shows that it’s her personality and humor that has created her influence, as much as her recognizable nails and use of ASL. 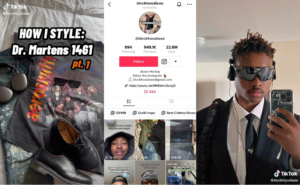 Of course, Gen Z and Millennials love following fashion influencers, though that phrase might make you think Kylie Jenner, and not young men on TikTok. But guys have style icons, too, and Jevon Henley is becoming one of them. Known by the username @blvckhoodieee, Henley creates videos on how to style different looks, trends, and finding cheaper alternatives to the designer items his style favors. Most of his videos get views in the tens and hundreds of thousands, rather than millions just yet, but that does not mean his impact should be ignored. Thanks to his following, he’s been made a face for Dick’s Sporting Goods back to school line this year, showing his reach as a not-so-micro-influencer. 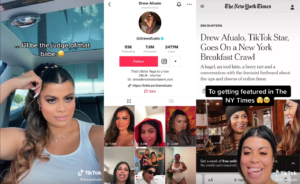 If any creator has a niche, it’s Drew Afualo. In the last year, she’s gone from a regular user to the subject of a profile in the New York Times, all for videos of her responding to sexist content from other users. Her typical format includes a clip of a video that criticizes women followed by an intense roast, and each one averages millions of views. She’s not afraid to say something harsh to prove her point, and that’s what her followers love about her—most of her content comes from them tagging her in the comments of a video they find problematic.

Since gaining her following, Afualo has also received plenty of backlash, namely people calling her content too mean, or not educational enough. In several videos, though, she is upfront with the fact that her content is not meant to be educational, but truly critical. Her followers look to her for her honesty and laughter, and whether or not you agree with her approach, it certainly is working in her now full-time influencer career. 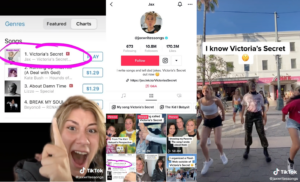 Known for exactly what her username suggests (writing songs) Jax uses her platform to share unheard perspectives through catchy music. Most of her TikToks have views in the millions, if not tens of millions, including songs like “Autism’s my superpower,” and “From a Little Person’s Perspective,” where she brings in a friend to share their perspective through a song.

Her most recent success is a song called “Victoria’s Secret,” which she says she wrote for the young girl she babysits, to openly discuss the harms of rigid beauty standards. The first post of the song currently has more than 36M views, and it has reached the top of the iTunes charts since it was released at the end of June. In another viral video with the song (21M views), Jax highlighted the message of the song by organizing a flash mob outside a Victoria’s Secret, complete with “a runway for the angels,” who were dancers of all body sizes and abilities.