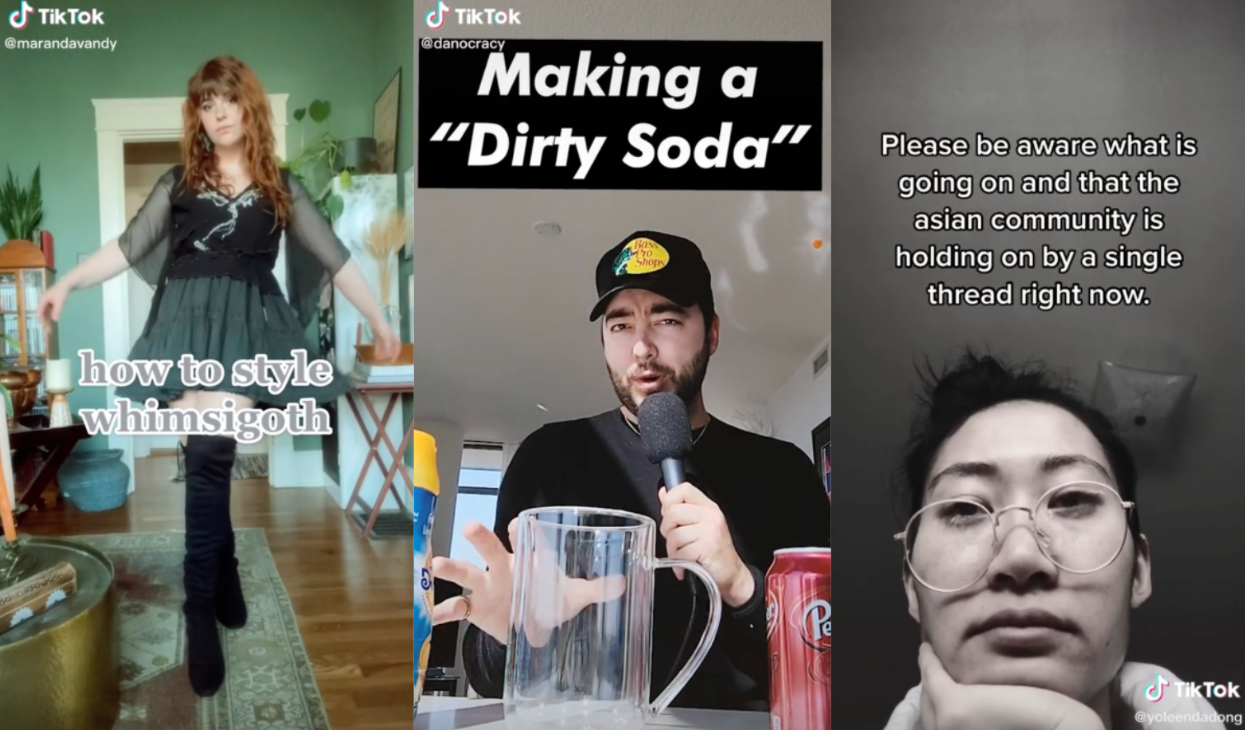 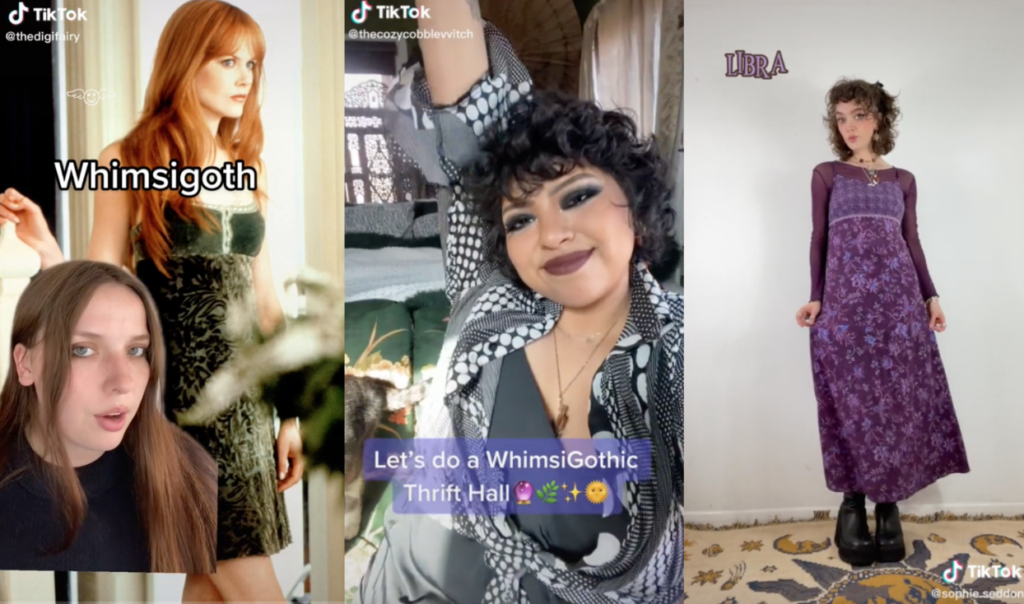 From cottagecore to goblincore to dark academia, we’ve told you about all the fashion and aesthetic trends taking over social media, and this month the look of the moment was “whimsy-gothic,” in which young people are dressing up as if they’ve come straight out of a “gothic fairytale.” On TikTok, the hashtag #whimsigothic has over 12 million views, with many of the videos featuring users showing off their best looks. Much of the aesthetic is inspired by the likes of the Brothers Grimm, Guillermo del Toro, Buffy the Vampire Slayer, and 1998 cult classic Practical Magic starring Sandra Bullock and Nicole Kidman. (If you know, you know.) According to i-D, trademark products are typically ruby chokers “that resemble slit throats,” embellished black lace, and basically any piece of clothing or accessory that gives off an “ethereal, otherworldly, or magic” vibe. The fascination with whimsy gothic and gothic fairytales goes beyond its “visual appeal” and adds “a dimension of playfulness, whimsy and escapism to the everyday.” Some experts suggest that the whimsy gothic trend has become popular thanks to young people’s interest in all things astrological, witchy, supernatural, and Wicca-related. YPulse’s recent religion and spirituality report found that over half of Gen Z and Millennials are interested in supernatural-themed products—and #WhimsiGothic clothing and accessories are the latest evidence. 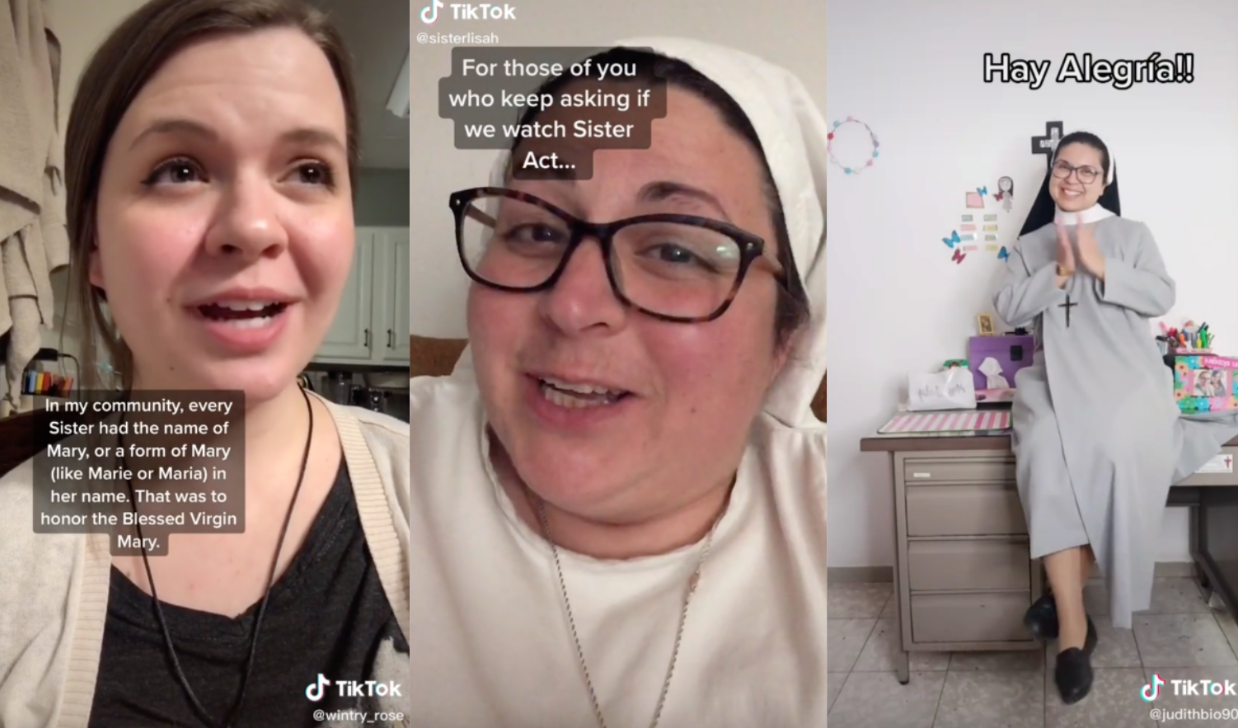 #ConventLife (24.6M Views)
Elsewhere in the realm of spirituality and religion, nuns (yes, you read that right) are getting on TikTok to share glimpses of their lives using the hashtag #CoventLife, which has over 24 million views. While some nuns are using the hashtag to share various insights about being a nun, including how “sisters” receive their name, to what they’re allowed to do and not do as a nun, others are having a little more fun. Some nuns have shared themselves participating in dance challenges, while others address more lighthearted topics: for instance, @sisterlisah shared a video of herself, that received thousands of views, singing along to the Sister Act soundtrack to address followers’ questions about whether they’re a fan of the Whoopi Goldberg-led, 1992 classic Sister Act—confirming that she is indeed a huge fan. We’ve been tracking the ways that religion is becoming more social media-friendly to win over young people in recent years. Meanwhile, YPulse’s religion and spirituality research found that the majority of Gen Z and Millennials want churches to be more modern and casual—and making nuns more accessible is one way to try. YPulse previously told you about the professions jumping on TikTok—some of which are entirely unexpected, but provide unique insider information that young viewers can’t seem to get enough of. 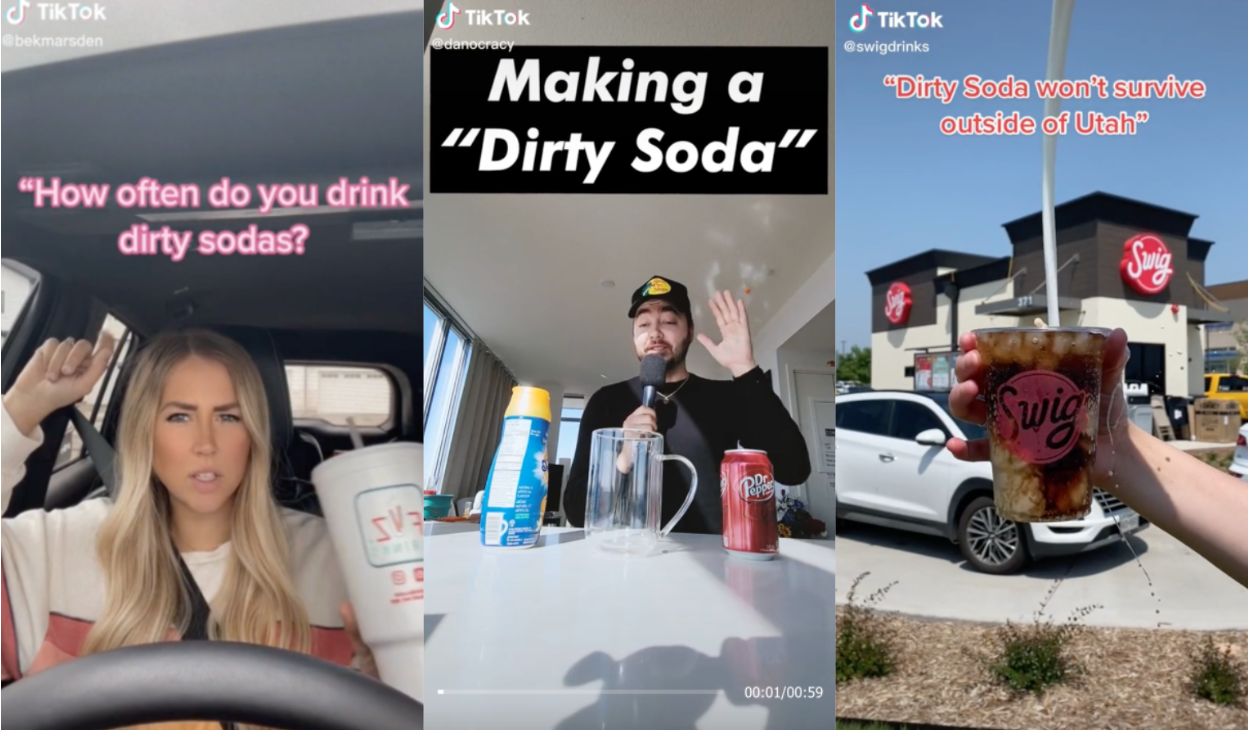 #DirtySoda (6.7M Views)
Of course, it wouldn’t be TikTok if there wasn’t at least one (or several) food or beverage trends taking over the app at once. One in particular that was all over the platform this month is #DirtySoda, which has 6.7 million views. While dirty sodas have been popular in Utah for “more than a decade,” they only recently started trending on social media. Basically, dirty sodas are “fountain sodas spiked with cream, flavored syrups, and other add-ins.” They’re similar to Italian sodas, which usually combine flavored syrups with club soda, but are “made with popular soft drinks like Sprite or Diet Coke.” The drinks have become especially popular in Utah due to Mormons’ strict beliefs, which includes not drinking alcohol. The recent popularity of dirty sodas can be tied to Olivia Rodrigo, who shared a photo of herself with a cup from Utah-based chain Swig. Since then, the hashtag has seen more users from all parts of the world making their own dirty soda, or sharing their order from Swig. In fact, Swig responded to the resurgence in dirty sodas at the beginning of the month: in one TikTok video that received over one million views, the brand responds to the claim that “Dirty sodas won’t survive outside of Utah” and proceeds to show the long lines for dirty soda orders in locations outside of Utah, including one in Texas. While the typical formula for the original dirty soda includes a Diet Coke poured over ice and spiked with a shot of coconut syrup, lime juice, and half-and-half, many TikTokers are sharing videos of themselves making a dirty soda using different combinations of creams, syrups, fruit, and other add-ins. 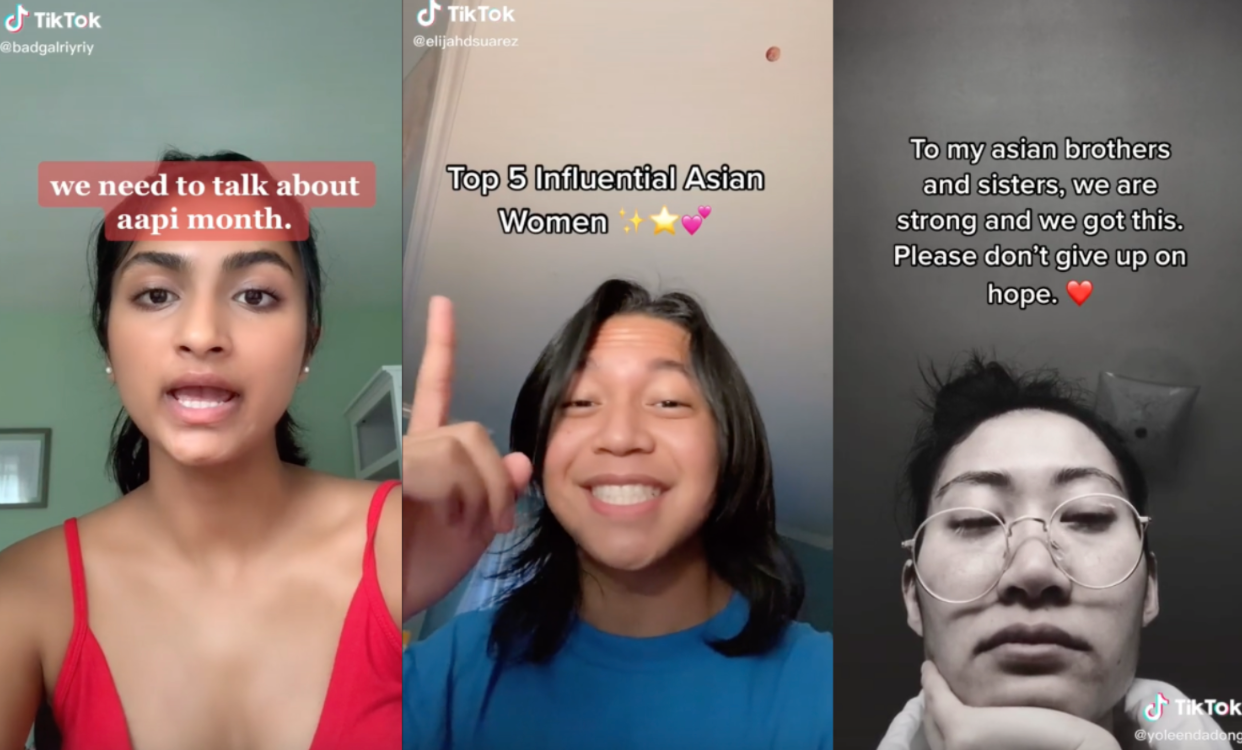 #AAPIHeritageMonth (98.3M Views)
May is Asian American Pacific Islander Heritage Month—and TikTokers used the hashtag #AAPIHeritageMonth, which has 98.3 million views, to honor the event. Some users showed the ways they’re supporting AAPI Heritage Month, while fans and brands like Paramount+ used it to showcase some of their favorite AAPI talent (like comedian Ali Wong). However, many TikTokers of AAPI descent used it to share aspects of their heritage (such as food, music, or cultural garb) or talk about serious issues, like how to combat the increased discrimination and racism of their community. We’ve told you about the ways that young activists have come out to support the AAPI community in light of the increased discrimination and racism against Asians and Asian Americans by creating movements like #StopAsianHate and #VeryAsian—and the #AAPIHeritageMonth hashtag is another way to amplify those movements even more. YPulse also told you that there are certain cultural holidays that brands need to watch their youth marketing around—and AAPI Heritage Month is certainly one to be mindful of. In honor of AAPI Heritage Month this year, brands from beauty companies to Procter & Gamble have found ways to authentically support the AAPI community, including making donations to AAPI nonprofit organizations, as these generations want real action, not empty statements of support.