How Gen Z & Millennials Feel About Religion, In 3 Charts 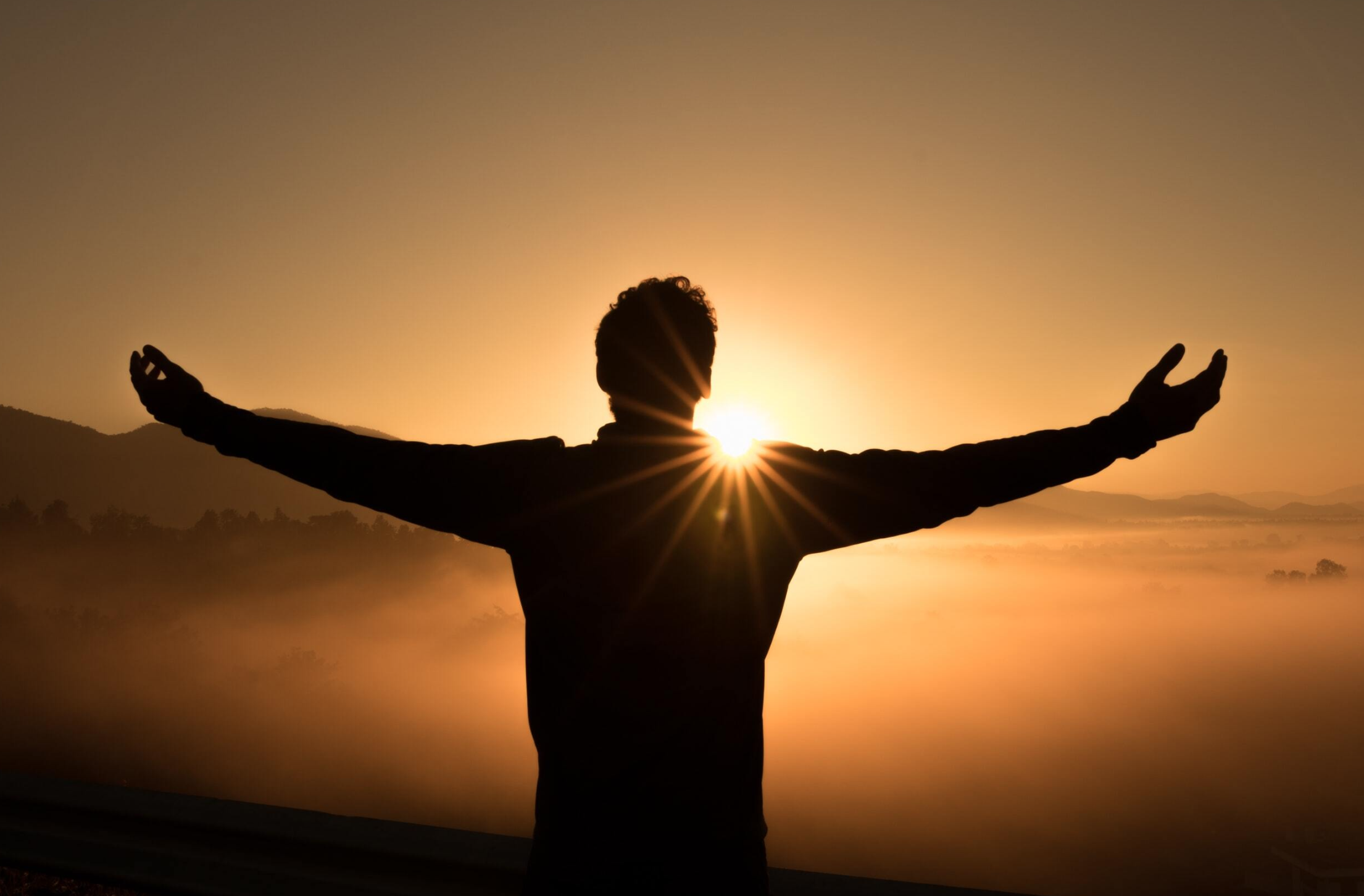 YPulse asked young people to describe their religious beliefs to us. This is what they tell us…

YPulse recently told you that religion didn’t make the top 10 rankings of where Gen Z turns to for guidance and support. For years, headlines have claimed that young people have been abandoning religion, turning instead to mysticism or even digital content. Indeed, our religion and spirituality behavioral survey found that the majority of 13-39-year-olds agree they have found meaning outside of traditional religion. There have also been questions around the impacts the pandemic has had on their faith. In 2022, what does religion and spirituality mean to young people, and how would they describe their religious beliefs?

Our religion and spirituality behavioral survey checks in on Gen Z and Millennials’ religious and spiritual beliefs, including whether they would describe themselves as “religious” or “spiritual.” We found that spirituality is continuing to rival religion for these generations: 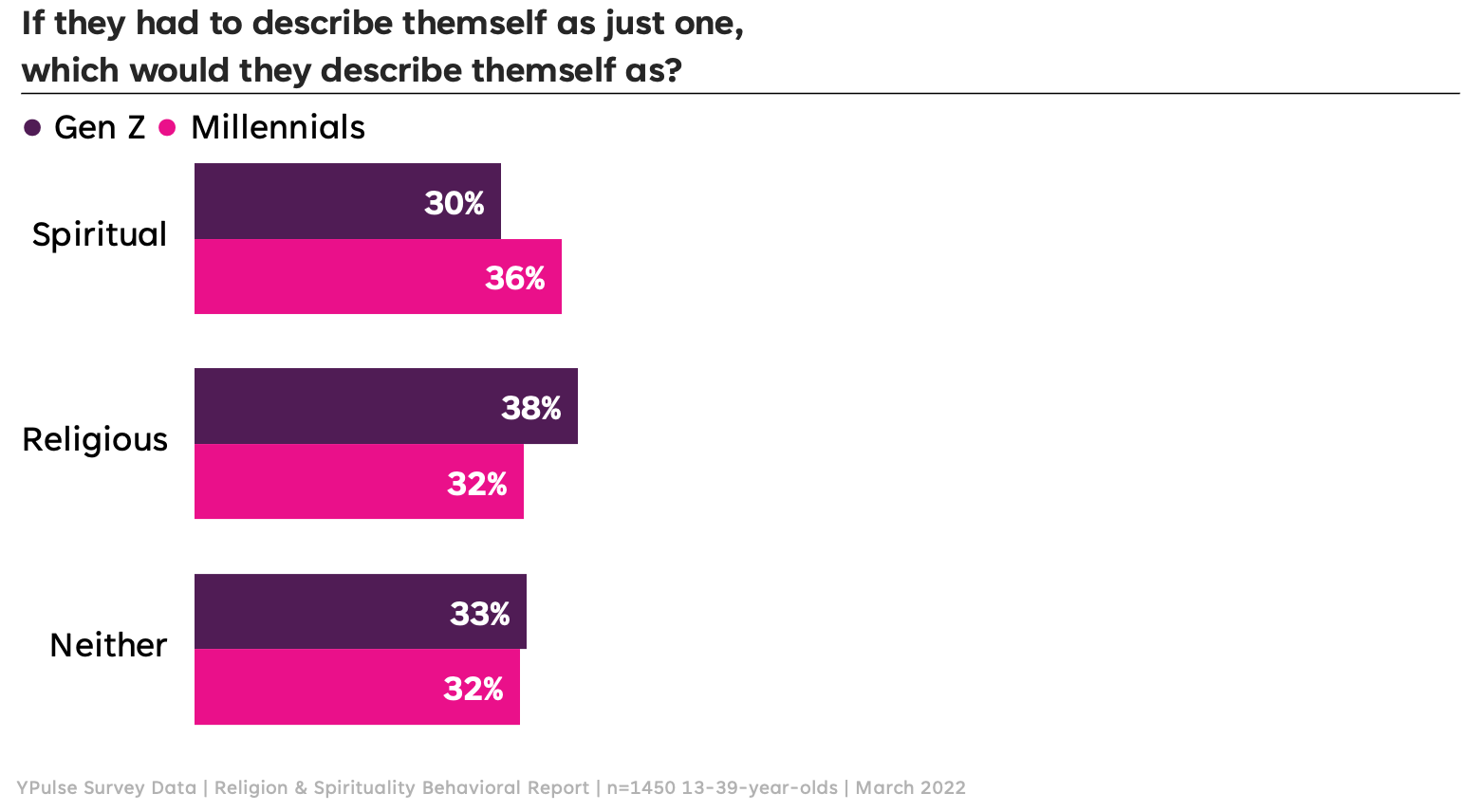 Overall, spirituality is rivaling religion among young people
Thirty-four percent of 13-39-year-olds would call themselves spiritual if they had to choose between religious and spiritual, and 34% would call themselves religious. Another third would say they aren’t either, painting a picture of these generations’ more detached relationship with religion. The number who call themselves religious did not increase or decrease significantly post-pandemic. But while some may read this as a lack of religious belief, another way to read this is that the majority do say they are either spiritual or religious. In fact, 42% do say that religion is very/extremely important to them.

Millennials are also slightly more likely to describe their religious beliefs as “none” and “agnostic”
When we ask Gen Z and Millennials which religion best describes their beliefs, Christianity it their top response overall, but again we found slight differences in religious beliefs between these generations: 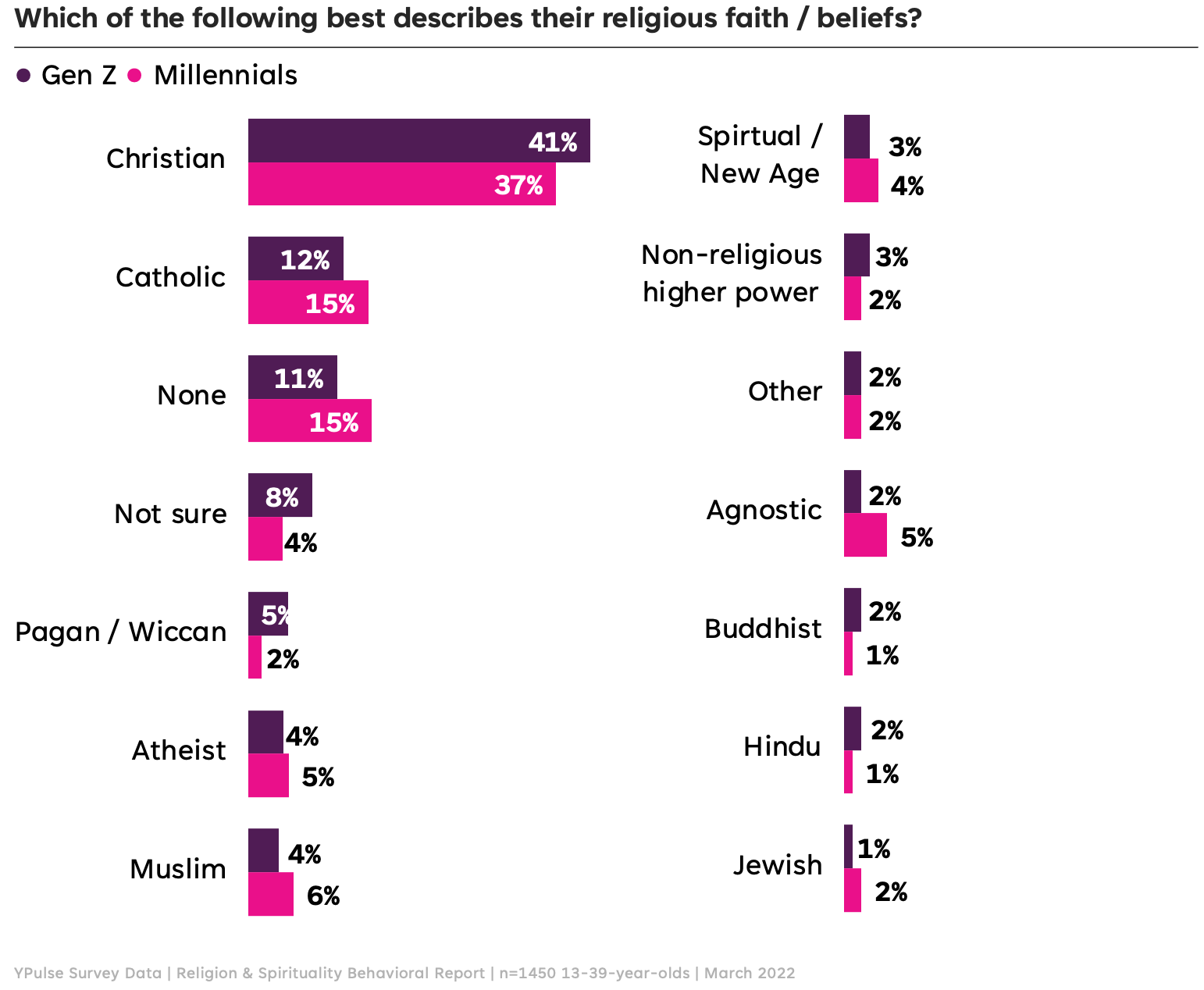 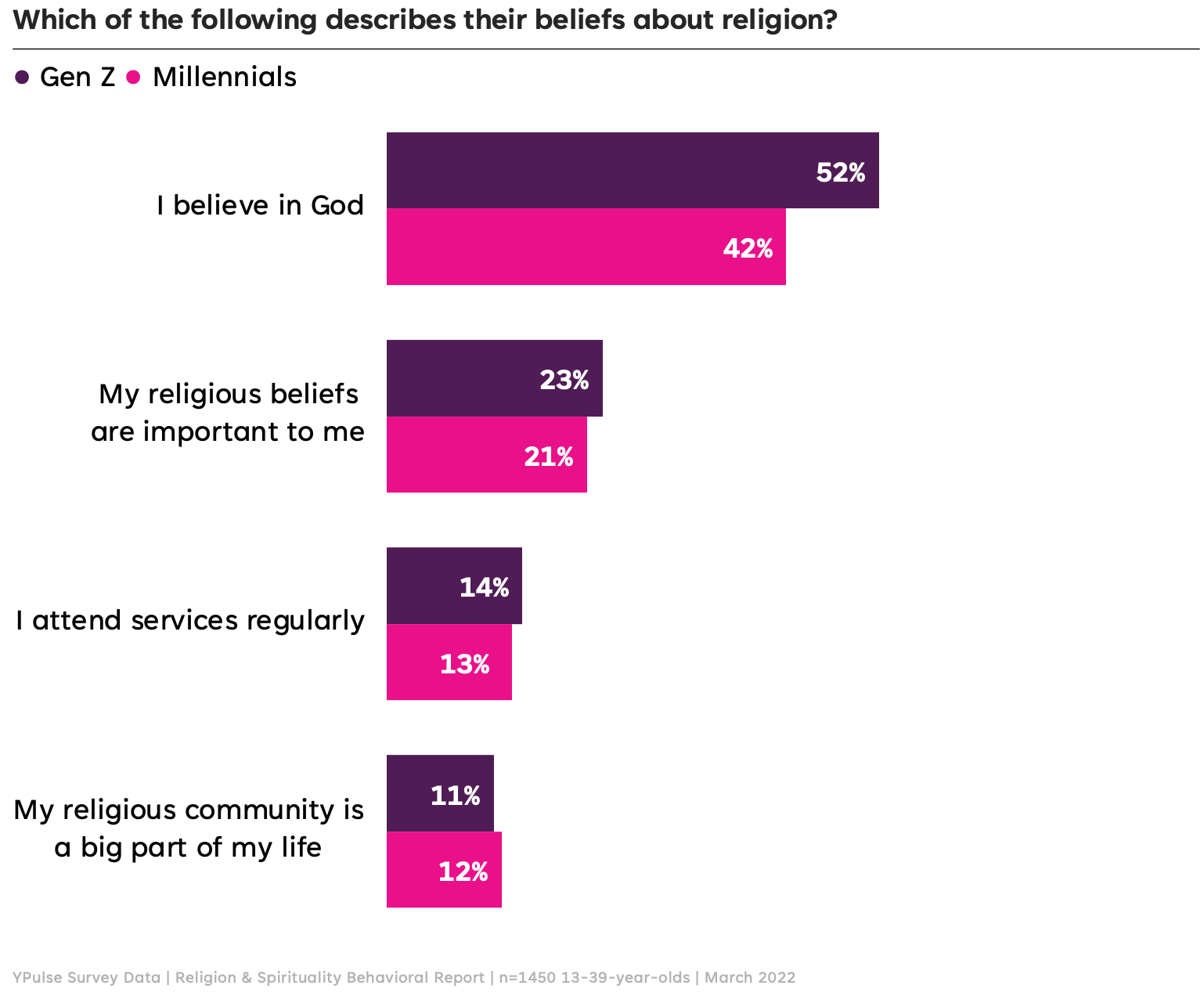 Following the same pattern as the rest of the data, Gen Z is much more likely than Millennials to say they believe in God. But nearly the same number of both gens say that their religious beliefs are important to them, and that they attend religious services regularly, indicating that while Gen Z may be more likely to say they believe, the role that religion is playing in their lives isn’t necessarily strong for the majority.