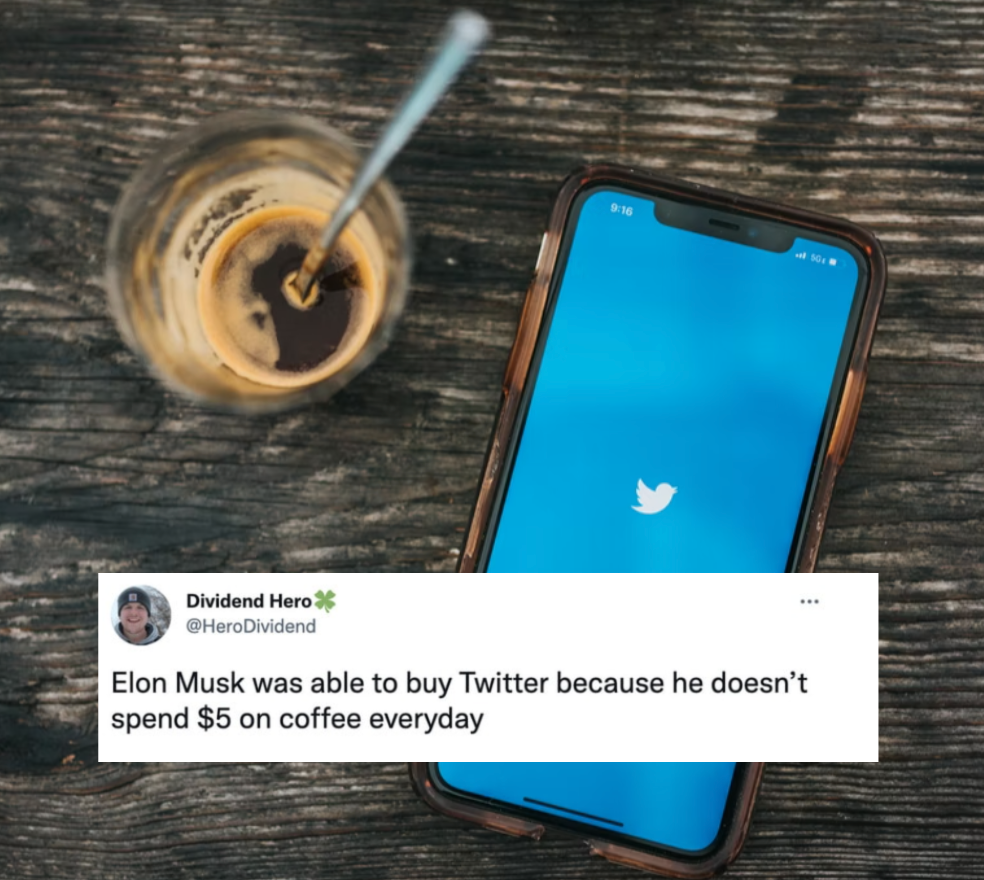 Twitter Users Are Flooding The Platform With Memes About Elon Musk
On Monday, it was announced that Elon Musk is buying Twitter for $44 billion. The internet was quickly taken over by debates and takes from politicians and users, and some celebrities, including The Good Place star Jameela Jamil, even quit Twitter after the news. We told you that Twitter use among Gen Z and Millennials has actually declined in the last six years and we predict that won’t change too much even after Musk’s acquisition. However, one thing that took over social media are memes about Elon Musk, and young people certainly love a good meme. In fact, our Pop Culture Redefined trend report found that memes are the top pop culture moment that Gen Z and Millennials say their gens care about. Of course, as happens any time Twitter users don’t like what’s happening with the platform, #RIPTwitter and #DeleteTwitter began to trend. But users also meme-ified the moment, casting Elon in content that darkly makes light of his immense wealth, Twitter’s future under his watch, and more. Of course, Elon being Elon, he’s been retweeting some of his faves, including a fake tweet of his own account saying “Now I’m going to buy McDonald’s and fix all the ice cream machines…” And of course, classic memes are being resurrected and edited for the moment–like @middleclassfancy posting: “If you millennials didn’t spend all your money on avocado toast maybe you could afford to buy yourself a Twitter too.” 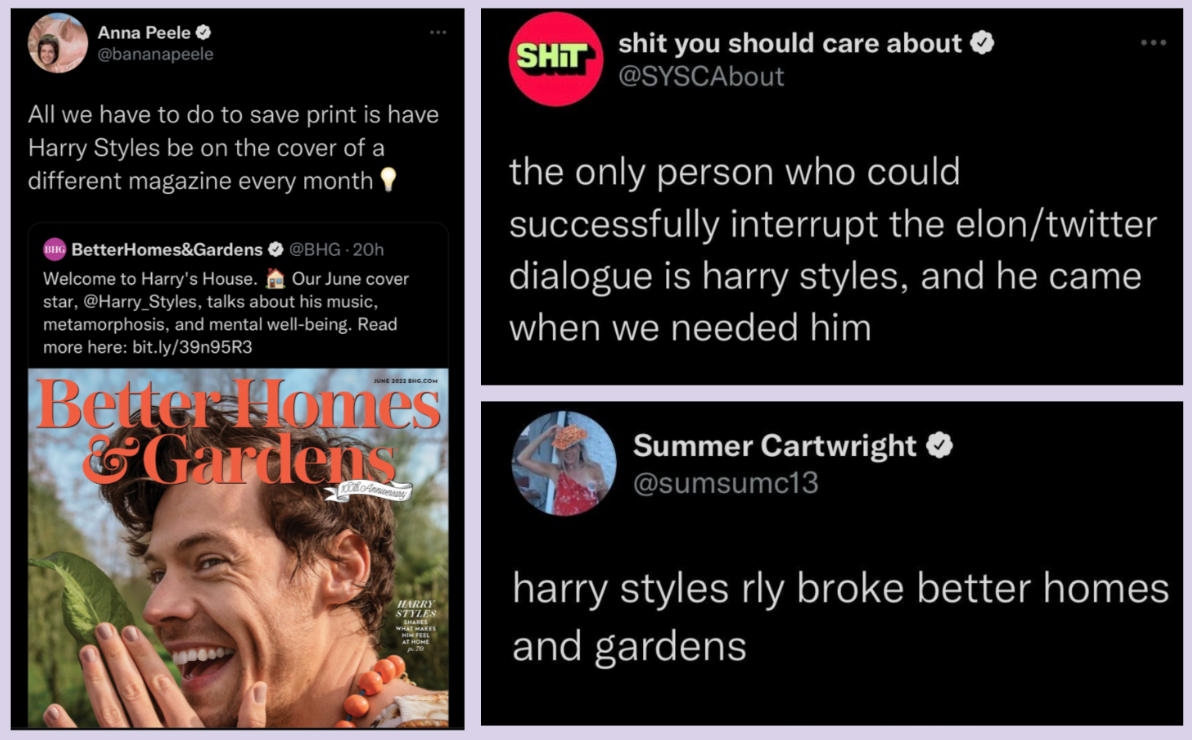 Harry Styles’ Better Homes & Gardens Cover Practically Broke The Internet
On Tuesday, the Dotdash Meredith-owned magazine unveiled the cover for its June issue, which features none other than Harry Styles (who is promoting his upcoming album, Harry’s House). The move came as a surprise to many since the women’s lifestyle publication’s covers usually feature more traditional fare like interiors, flowers, and stylish (but safe) female celebs. While the company hasn’t revealed the metrics for the interview, Twitter users tweeted that his “stans” reportedly crashed the site shortly after the cover was revealed. Author and BuzzFeed editor Emma Lord tweeted “happy tuesday to the harry styles stans currently crashing the better homes & gardens website ONLY,” while @SYSCabout tweeted “the only person who could successfully interrupt the elon/twitter dialogue is harry styles, and he came when we needed him.” This isn’t the first time Styles being on the front cover of a magazine caused a stir online. At the end of 2020, he graced the cover of Vogue in a dress, with users on social media praising the Condé Nast publication for the decision to feature a male celebrity on the cover for the first time, especially one who is “the face of gender-neutral fashion.” Journalist Anna Peele tweeted “All we have to do to save print is have Harry Styles be on the cover of a different magazine every month.” Between the first look of his upcoming film Don’t Worry Darling and having just wrapped up a record-breaking Coachella performance, it’s safe to say that the month of April belongs to Harry Styles. 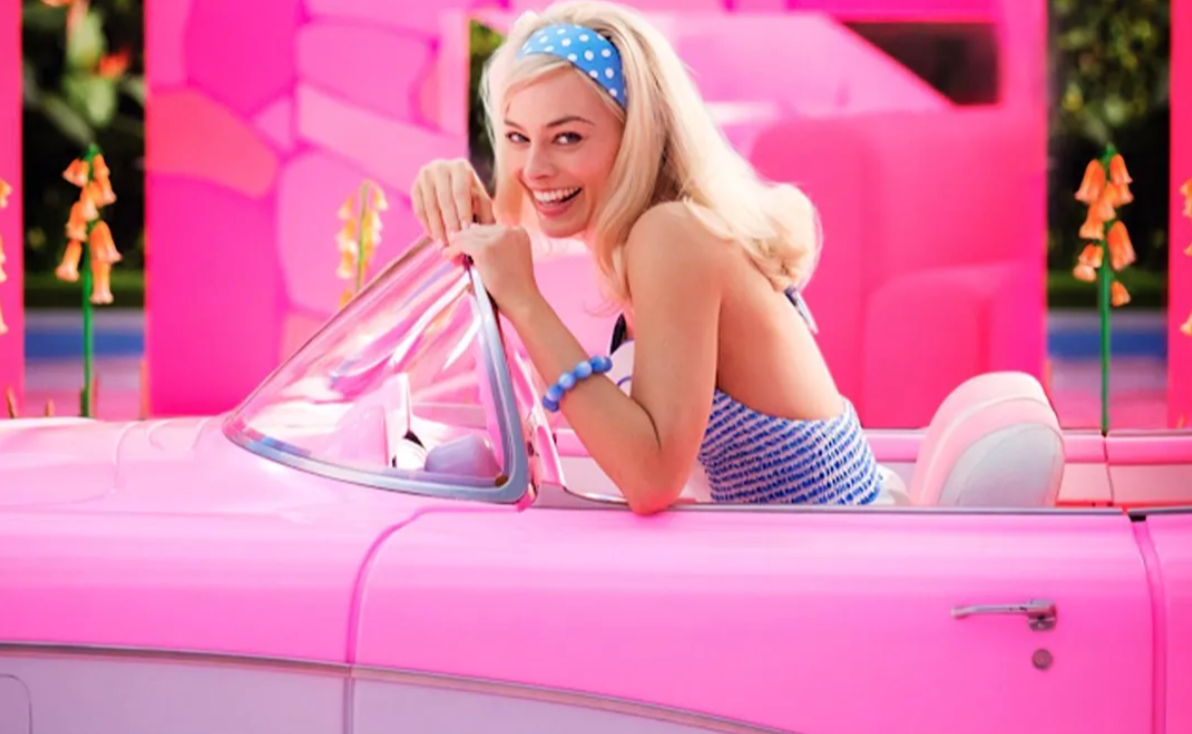 Warner Bros. Shared A First Look of the Live-Action Barbie Movie
It’s been in the works for a long time (like, a really, really long time) but actual evidence that the long-awaited Barbie movie is actually happening has arrived. This week, Warner Bros. unveiled the first image of the movie during CinemaCon, which features actress Margot Robbie smiling and dressed up as Barbie while sitting in a pink car. The official post has received over 200 likes on Instagram, and over another 122K likes on Twitter. While details about the film’s plot remain under wraps, it will be directed by Greta Gerwig, with the screenplay penned by Gerwig and Noah Baumbach. Along with Robbie, the movie has a stacked supporting cast including Ryan Gosling as Ken, Will Ferrell, Michael Cera, Issa Rae, America Ferrera, Emma Mackey, and Shang-Chi star Simu Liu. Fans quickly showed their excitement by re-sharing the image of Robbie on social media, with some users making memes referencing other car-focused movies like Titane and Drive My Car. While the movie isn’t set to come out until next summer, if the early hype online is any indication, it will certainly be a hit among Gen Z and Millennial fans. 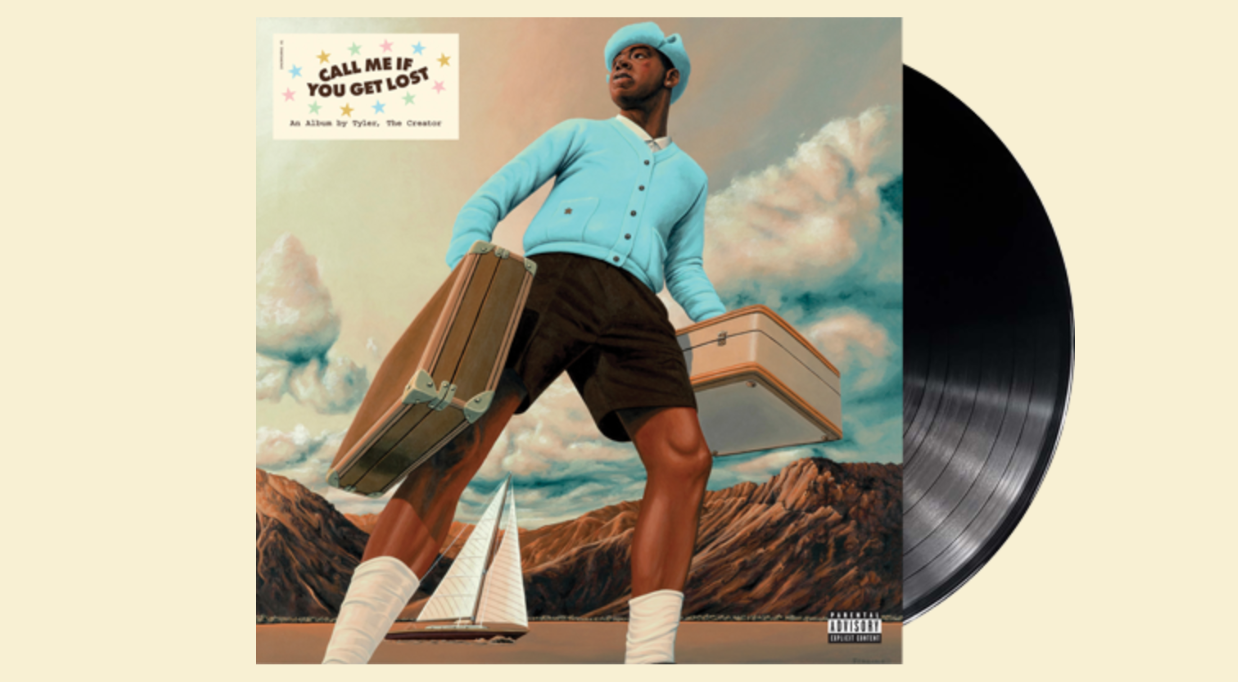 Thanks to Vinyl Sales, Tyler the Creator’s Call Me If You Get Lost is No. 1 on the Billboard Top 200 Chart (Again)
At the beginning of April, the rapper’s critically acclaimed sixth studio album took the award for Best Rap Album at the Grammy Awards. While Call Me If You Get Lost came out last July and debuted at No. 1 shortly after its release, it shot back up to the top of the Billboard 200 chart this week—jumping from No. 120 to No. 1 due to “massive vinyl sales.” The vinyl version of the album was released earlier this month and sold exclusively through Tyler’s official website. According to Luminate data, the online store moved 49,500 physical copies of the album making it “the largest sales week for a hip-hop album on vinyl.” YPulse research found that hip-hop/rap has rapidly become Gen Z’s top music genre—and young people have been bringing back vinyl for some time. We told you back in 2014 that Tyler the Creator has pushed the boundaries of what rap can be about by infusing his Millennial perspective and experience into his songs—and his popularity among young fans is clearly still strong in 2022.

Samsung’s new ad has been labelled as “insensitive” and “naive.”
This week, Samsung Galaxy released a new video called “Night Owls” to advertise the Galaxy Watch 4, Galaxy Buds 2 and the Galaxy SS2 phone. Unfortunately, the ad features a woman jogging alone on the streets of London at 2am…which caused some to wonder “do any women work at Samsung?” Since the release the brand has been hit with a backlash calling them “tone deaf,”‘insensitive,” and “naïve.” Critics claim that it’s unrealistic to believe women feel safe going out alone at night–nevermind with earbuds in, and customers have taken to Twitter to express their outrage towards @SamsungUK. The insensitivity of the advert follows the death of Ashling Murphy who was attacked and killed jogging in Tullamore, Ireland earlier this year as well as the murders of Sarah Everard and Sabina Nessa–or any woman who has been harmed, harassed, or felt unsafe whilst on the streets. Samsung has since apologised and claimed they never meant to be insensitive to the ongoing conversations around women’s safety but the topic of women’s safety continues throughout the British media and online. 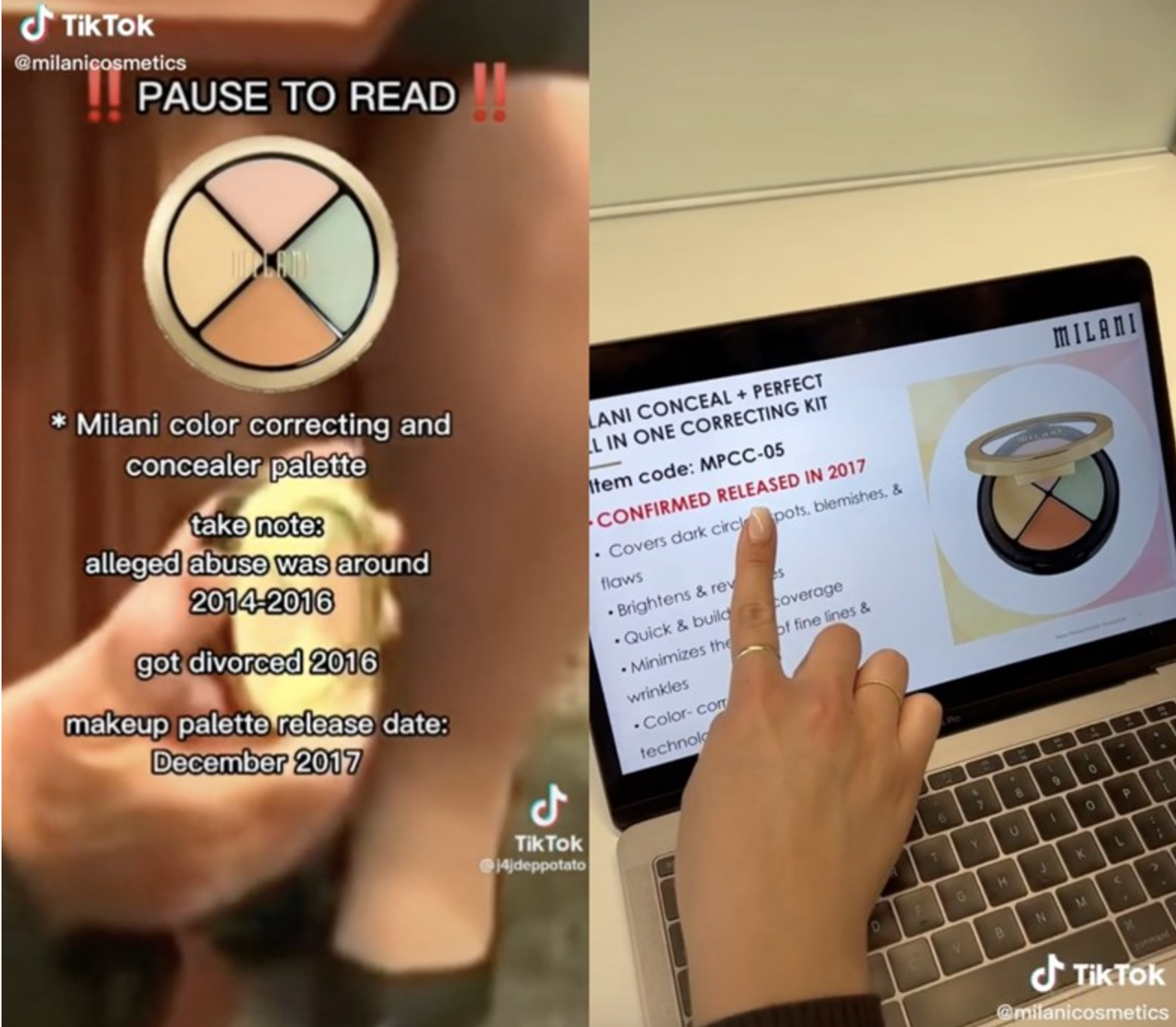 An emerging beauty aesthetic on TikTok has everything to do with the night luxe aesthetic and Y2K era nightclub makeup.

Charli D’Amelio has been cast as the lead in the supernatural thriller Night School.

Netflix’s Hearstopper is the gay teen rom-com that everyone can’t get enough of.

The Batman’s viewership on HBO Max has topped any other same-day theatrical release on the platform.

Lil Nas X announced the dates for his first-ever tour, which kicks off this fall.

Olivia Rodrigo’s fans dressed up in prom-themed attire for her SOUR tour.

North America
Young People Are Saying Goodbye to the iPod on The Viral List
TL;DR: RIP, iPod—Apple is going to discontinue making the devices after ne...
North America
The Internet Can’t Get Enough of the Met Gala on The Viral List
TL;DR: Fans can’t stop talking about their favorite (and not-so-favorite) ...
North America
Elon Musk Just Bought Twitter—Here’s How Many Young People Have Been Using The Platform
Elon should know this how many Gen Z and Millennials are using Twitter... T...