Young Europeans Say These Are Their 12 Favorite Fast Food Restaurants 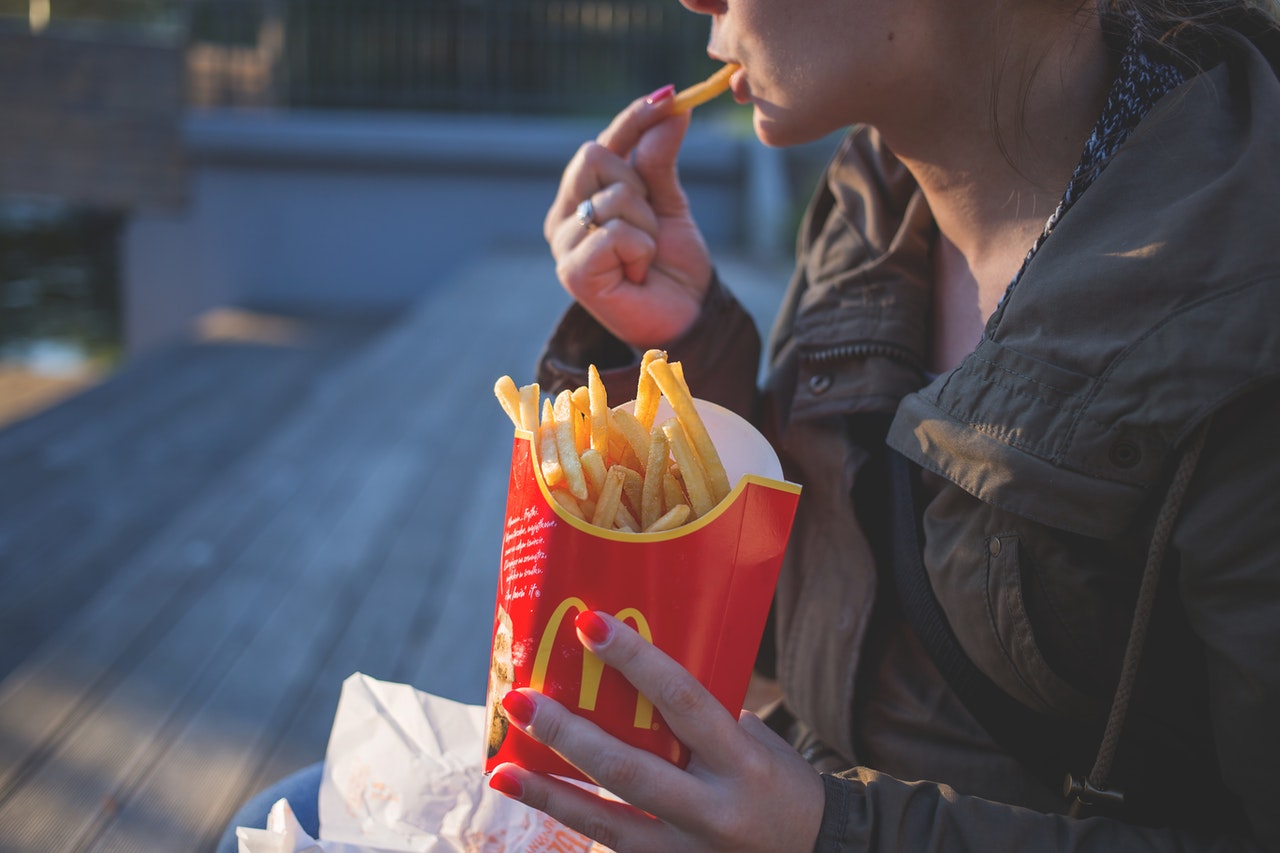 The vast majority of young Europeans are eating at fast food chains every week. But which are their favorites? We asked…

YPulse’s recent WE Cooking and Diets report found that young Europeans are generations of cooks—70% cook at home at least sometimes, and 62% say they actually prefer making a meal from scratch than going out or ordering in. This might not be too surprising, considering that the food cultures of Western European countries have globally recognized reputations. But as much as young Europeans may be cooking, that doesn’t mean they’re not hitting up their favorite restaurants, too. The vast majority of 13-39-year-olds in Western Europe are eating out or ordering take-out 1-3 times a week, and—according to our WE Food and Shopping Trends report—fast food restaurants are the top type of eateries they’re frequenting, with a full 92% of young Europeans saying they’ve eaten at a fast-food restaurant in the past month.

But which restaurants do they like the most, and why? In our Food and Shopping Trends survey, we asked Gen Z and Millennials in Western Europe to tell us their favorite chain restaurants / fast food joints. Here’s the top 12 they mentioned:

*This was an open-end response question to allow us to capture the full range of chain restaurants that 13-39-year-olds in Western Europe say are their favorites—without our preconceived ideas shaping their responses. As with any qualitative question, the responses include those that are top of mind and those that are most popular. The list is ordered according to number of responses received, and alphabetically when ties occurred.

At quick glance, one thing is clear—American fast food brands dominate this list, which is a trend we’ve seen repeated across young Europeans’ lists of favorite brands, from those they feel a sense of community around to those with the highest YPulse+ score. And while fast food is practically synonymous with American culture, young Europeans are eating it up—quite literally.

Topping their list is McDonald’s, which takes first place by a wide margin and across demographics—it’s the top among Gen Z and Millennials, as well as each individual country, making clear just how popular this American fast food giant is among young Europeans. When we ask our respondents to tell us why it’s their favorite, many say it’s because it’s economical and delicious—you’d be surprised how many French consumers say their favorite item is—yes—French fries). But for some, it’s more personal, too. According to a 33-year-old Italian female, “McDonald’s is my favorite chain restaurant because its products are amazing… I would’ve never thought McDonald’s would’ve been such a great fast food restaurant and welcoming place to eat. Its mascots are amazing, and so is its personality. I really enjoy eating there, I almost feel like I’m home while I’m at McDonald’s!!”

Indeed, McDonald’s has spent the past few years figuring out how to win back young consumers’ hearts, and they’ve succeeded by launching campaigns and strategies that align with Gen Z and Millennials’ values. Just recently, for instance, McDonald’s opened its first-ever net-zero emissions branch in the U.K. as part of its mission to become entirely carbon neutral across the world by 2050—and by 2040 in the U.K. and Ireland. But the brand has also leveraged the growing power of food fandoms by launching branded merch, and even opened its first-ever, permanent online shop selling themed merchandise. Meanwhile, the brand has also engaged young Europeans with successful activations as well as unique menu items: earlier this year, McDonald’s brought its popular Chicken Big Mac to the U.K. after British consumers pleaded for months, and in France, the brand now sells fish and chips as part of a range of “street food,” which launched alongside a short film and promotional drawing.

Young Europeans are responding to engaging marketing and activations

Other American fast food chains have similarly won young Europeans’ hearts by continually responding to their values and wants—and doing so with clever marketing. At number two on the list, Burger King’s latest campaign in Germany, for instance, starred Julia Roberts, Oprah Winfrey, and Michael Jordan—but not the ones you’re thinking of. In a series of ads promoting its plant-based Whopper, the fast-food chain decided to highlight something else that, like the meatless burger, is also “more often confused with the original”—regular people that have the same names as celebrities. The chain has steadily grown its meatless menu around the world, opening its first 100% vegetarian restaurant in Spain last year and vowing to make its U.K. menu 50% plant-based by 2031.

Meanwhile, KFC launched IRL activations that (safely) engaged young Europeans during the long months of lockdowns as well as digital ones that gave them the chance to win free food: last October, KFC enlisted Spanish consumers to find YouTube videos attempting to recreate Colonel Sanders’ original chicken recipe, which amateur internet sleuths could submit in exchange for vouchers to KFC restaurants. And Pizza Hut, meanwhile, launched a series of sponsored competitive esports tournaments in France and Belgium in an effort to establish itself as the go-to pizza brand for gamers.

But not all young Europeans’ favorite fast food chains are American—even if they’re serving up American food. Old Wild West, for instance, is an Italian-founded Tex Mex chain that gives young Europeans a taste of, well, the old wild west. Nando’s, meanwhile, is a South African chicken chain that has become so big in the U.K. that it’s “woven into the fabric of the United Kingdom, giving beans on toast a run for its money,” according to Eater. And though its signature peri peri chicken dish is part of the reason it’s so popular, the brand is also known for its “provocative advertising,” including a recent campaign that pokes fun at anti-vaxxers, implying that, like not getting the COVID vaccine, not downloading Nando’s new app is illogical. And Wagamama, a British-created Japanese-inspired chain, not only taps young Brits’ love of sushi but also takes into account their shifting dietary priorities, including putting plant-based items on its menus—and, of course, doing it with clever marketing.