How Social Media is Influencing Young Europeans’ Cooking, in 3 Stats 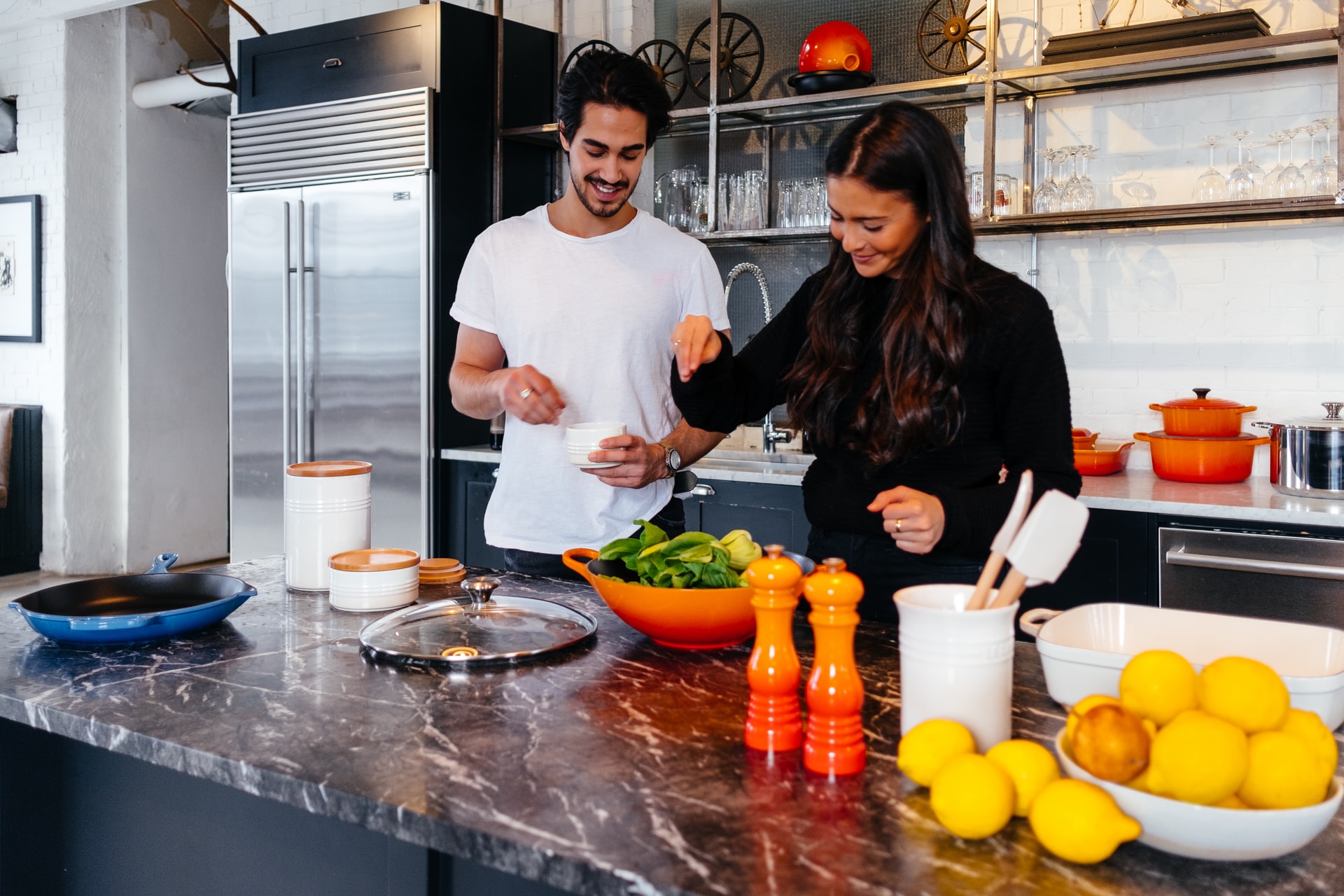 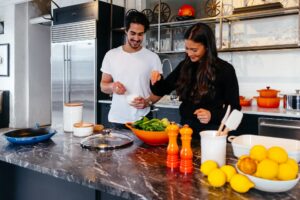 In our recent WE Cooking and Diets behavioral report, YPulse explored all things food among Gen Z and Millennials in Western Europe and found one thing to be clear: they’re cooking up a storm. Nearly three-quarters of young Europeans say they cook at home, with more than half saying they mostly cook from scratch. And despite the rise of food delivery services during the pandemic, 62% of 13-39-year-olds in Western Europe say they prefer to cook at home over going out to eat or ordering in, and the majority say that cooking improves their mental health, is a creative outlet, and makes them feel accomplished. All of this points to what we’ve told you about young consumers in the U.S. for a while now: these are generations of foodies, and cooking is an important part of their lives.

Though a focus on health, as well as more time at home, have definitely influenced their time in the kitchen, social media has undoubtedly had an impact, too. Whether via viral TikTok recipes, Instagrammable food, or the rise of trends like plant-based meat, social media has been fueling young consumers’ interest in food culture for a while now—and it’s changed how they’re cooking, too. Here are 3 stats from our WE cooking and diets data that show how: 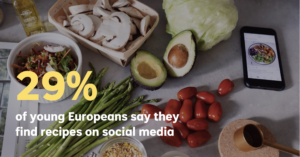 When we asked young Europeans where they’re getting their recipes, the majority say “family” making this their go-to source, followed by their favorite virtual professor (aka Google) and their friends. But after these familiar faces and spaces, young Europeans tell us they’re turning to online videos (32%) and social media (29%) the most in their hunt for new things to whip up in the kitchen. Italians, in particular, are turning to social media for recipes (36%), as are Millennials, 31% of whom say they’re finding recipes on social media compared to just 25% of Gen Z, confirming the suspicion that Gen Z just isn’t eating up food media the way Millennials are. Indeed, Millennials turned food into Food Culture and were the original pioneers of social media #foodporn. But among all young consumers, food content got even bigger during the pandemic when comfort food took on a new role in their lives and on their feeds. In fact… 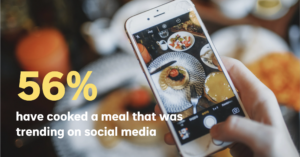 The majority have cooked a viral recipe.

While recipes went viral pre-COVID, food trends spread like wildfire on TikTok during quarantines, from Dalgona coffee to cloud bread to the infamous baked feta pasta, which was so big it caused feta shortages across the U.K. Now, social media trends are key to young Europeans’ cooking, with more than half saying they’ve cooked a trending meal. Again, food trends are more popular with Millennials with 60% saying they’ve tried a viral recipe compared to 48% of Gen Z. Unsurprisingly, it’s also more common among young females, who are using TikTok far more than their male counterparts—65% of Millennial and 55% of Gen Z females have cooked a trending meal. But more than just following food trends, young Europeans are following “foodfluencers”—57% of 13-39-year-olds say they’ve cooked a meal they saw an influencer cook, and 14% say they take diet advice from influencers on social media, highlighting that these foodie content creators are impacting young Europeans’ eating habits—and possibly their social media habits, too: 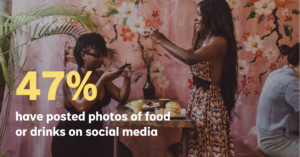 Nearly half have posted food content on social media.

The “pic or it didn’t happen” mentality is still going strong among young consumers, 47% of whom say they’ve posted photos of their meals or beverages to their socials. Millennial females and young U.K. consumers lead this trend, with 53% of each demographic saying they’ve done this. In fact, 26% of both Millennial females and young Brits say that they do this often or very often, indicating that, for many young Europeans, social media and cooking are inseparable sides of the same coin.