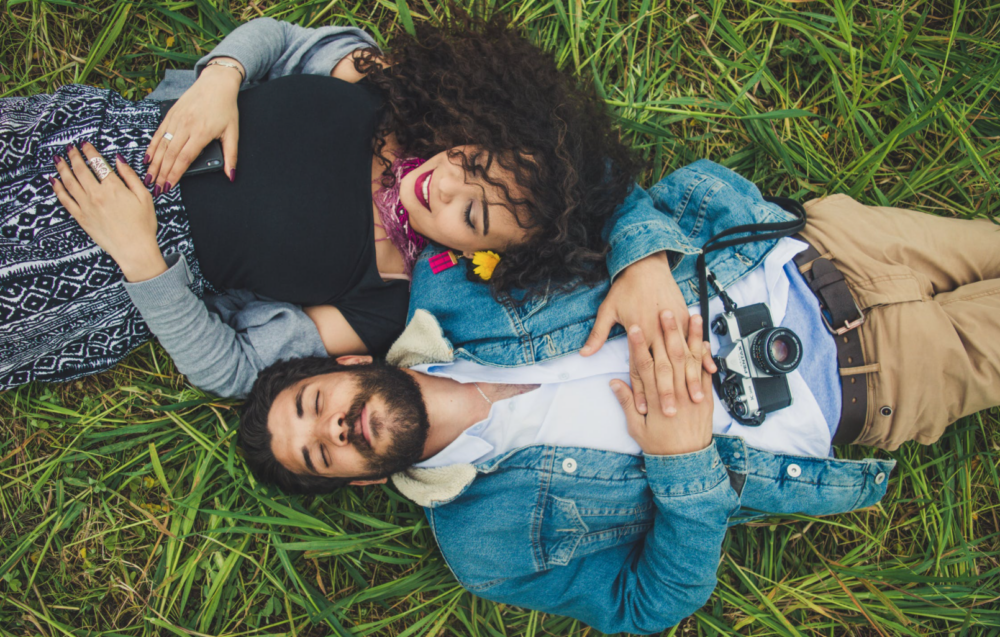 These three dating apps were made for BIPOC young singles who want to connect with others in their community, romantically and platonically…

YPulse’s recent dating and relationships report found that while BIPOC young people are more likely to be single than their White/non-Hispanic peers, they’re actually less likely to be using dating apps. Twenty-two percent of BIPOC 13-39-year-olds tell YPulse they have used a dating app, compared to 28% of their White/non-Hispanic peers, and they’re also less likely to say they have met a romantic partner on a dating app or site. And some people of color have reported and shared their experiences of racist encounters on mainstream dating apps, and how it “benefits White people the most.” In recent years, more dating apps and services have been created to appeal exclusively to young BIPOC singles who want to feel safe and comfortable while looking to date, and find friendship as well. Here are three made for BIPOC communities: 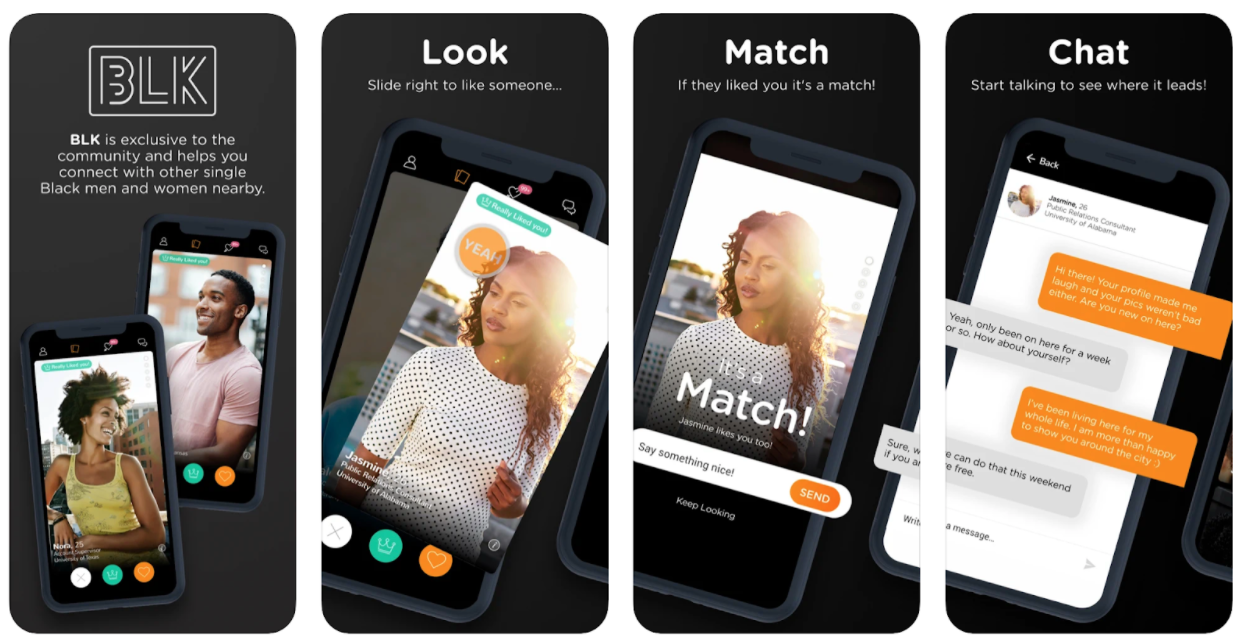 BLK
According to BLK, while its goal is to help Black singles find love, it’s also a community and space where “Black love in all its forms and expressions can happen every day”—and it’s a space where many Black women have felt more comfortable looking for dates. According to a survey from the app, which was conducted among Gen Z and Millennial Black women, 78% of 18-34-year-olds say they don’t feel safe as a Black woman in America. Thirty-four percent of 18-34-year-old Black women say they don’t feel safe on mainstream dating apps, while 67% say they feel safer dating on an app like BLK. According to one survey respondent: “Black women are more likely to be victims of certain crimes overall. Being a Black woman means I’m at risk of both overt and subtle racial discrimination, micro-aggressions, wage discrimination, and more—so feeling safe is relative to all that.” Another respondent said: “BLK doesn’t have the stigma of just a FWB or one-night stand app. I actually go into BLK with the intention of connecting with someone. Especially someone who looks like me, which I love.” It’s simple enough to use: Users on the app simply scroll through a personalized list of profiles and if you’re interested in another user, they can slide the profile to the right to give the person a “Yeah,” or or click the “Heart” icon. If the other user feels the same way, they will be matched and have the chance to start chatting instantly. While the app launched in August 2017, the dating service has been doing a lot to stay relevant with young Black consumers. Last summer, they dabbled into the endless ‘90s revival,took a stand against COVID-19 by partnering with rapper Juvenile, Mannie Fresh, and X for a music video that remixed his 1999 hit single “Back That Thang Up” and transformed it into “Vax That Thang Up”—a vaccination anthem. Along with the title, many of the lyrics in the track were changed to reflect the pandemic and encourage listeners to get their shot. YPulse’s Finding Love Post-COVID trend research previously found that over a quarter of 13-39-year-old Black consumers said there had to be a vaccine for COVID-19 before they felt comfortable dating in-person again, and BLK was one of the dating apps that encouraged and targeted a more diverse demographic early on. Meanwhile, to promote and celebrate the second season premiere of HBO Max’s hit anthology series Love Life starring William Jackson Harper and Jessica Williams, the dating app partnered with the streaming service and Black Restaurant Week to host a series of COVID-safe date night activations at eight Black-owned restaurants in NYC, LA, Detroit, and Atlanta. The activations include customized food and cocktail menus inspired by characters and events in the series, branded conversational cards to help young daters “keep the banter flowing,” and themed placemats and an Instagrammable Love Life neon sign for photo opportunities. 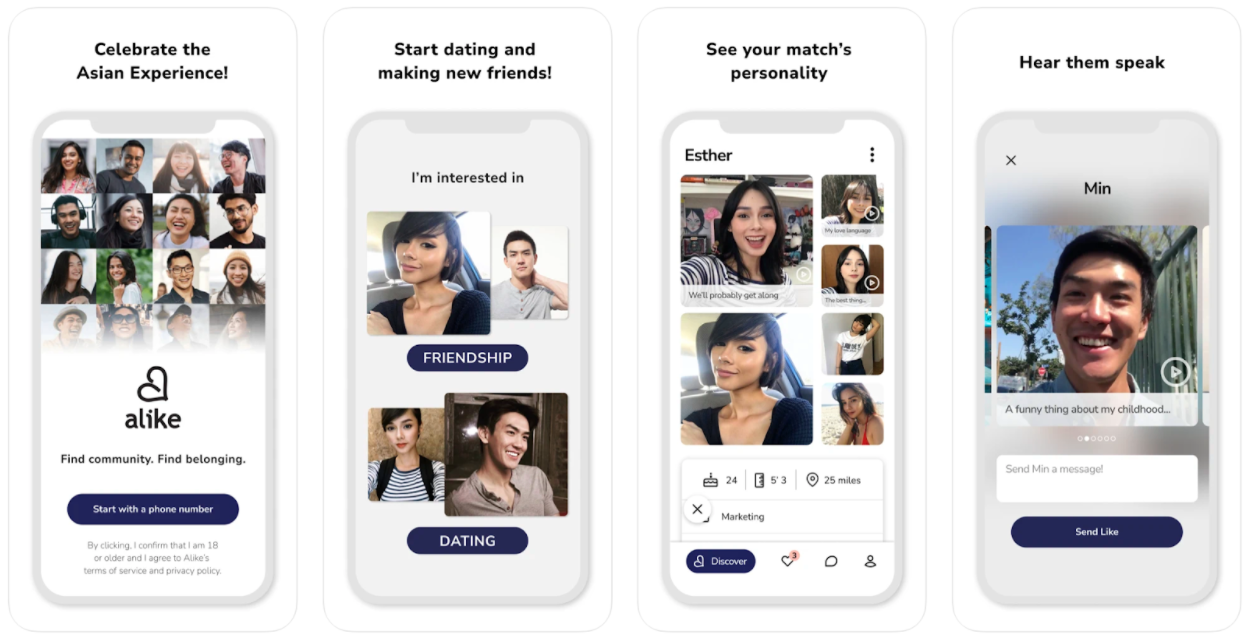 Alike
In the last two years, the rise in anti-Asian hate crimes has brought a lot of anxiety to the AAPI community, so Korean-Canadian entrepreneur Hanmin Yang created a new dating and friendship social app where AAPI users could “celebrate the Asian experience by creating connections and a sense of community.” According to Yang, he was inspired to develop the app as a safe space for the AAPI community after he witnessed East Asian users being discriminated against on other apps. Preferences for Alike can be set for seeking a man, woman, or nonbinary person in any combo—and when female users started requesting a feature just for making friends, he expanded it so users of the same gender could connect platonically. Instead of written bios, the app requires users to upload at least one video recording with prompts like “I knew when I was Asian when…” or “My love languages are…,” which allow users to get a “first impression” of others. According to Yang: “What I really want users to take away from their experience is finding self-love in the process of connecting with others. We’re trying to heal our community and through loving yourself you can find healing.” He added that Alike is meant to complement other mainstream dating apps that are already out there: “We’re not saying only date other Asians. Users typically are using three to four dating apps simultaneously, so we’re just providing another option.” 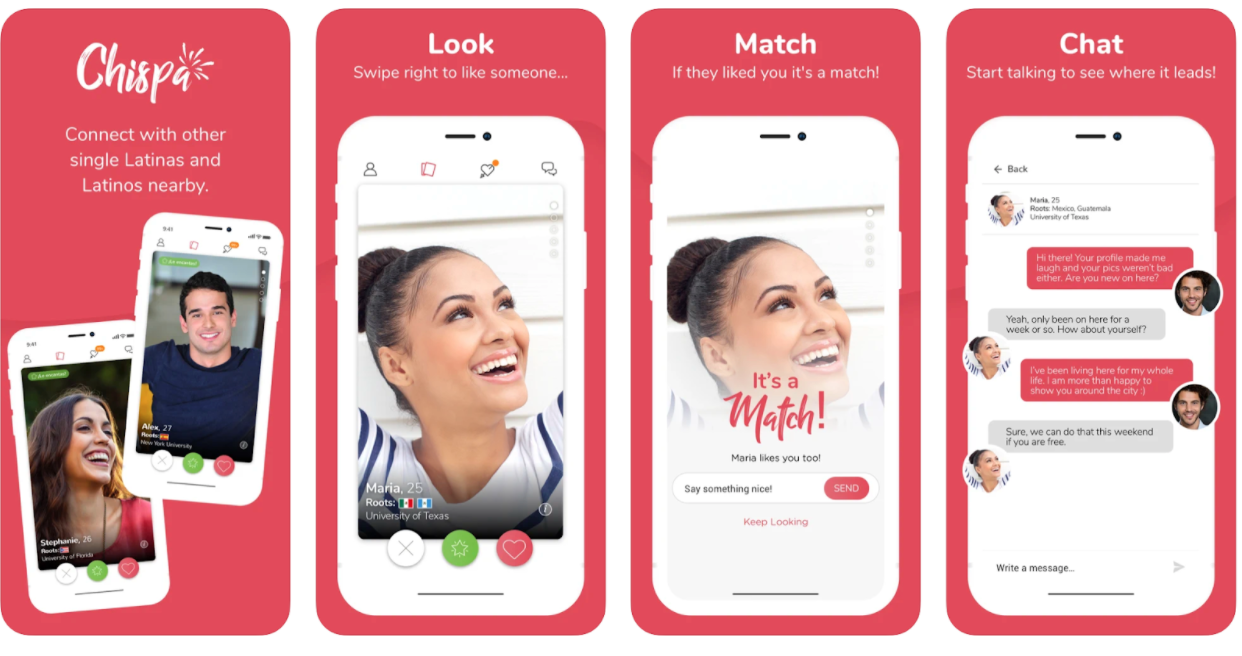 Chispa
In 2017, Match Group (who owns Tinder, Match, OkCupid, Hinge, and Plenty of Fish) partnered with Univision Communications Inc. to launch Chispa for Latinx singles to match, chat, and meet. Last March, the app announced that they reached a milestone of 4 million downloads and grew 38% YoY from 2020 to 2021. And in recent years, the app has been coming up with fun and creative ways to bring Latino singles together. In a survey conducted by Chispa, they found that 56% of Latino users have a hard time starting a conversation on a dating app, while 74% say a game would help as an icebreaker when meeting potential matches—so they partnered with Latino card game Tragos to debut a one-of-a-kind version of the popular card game in the app. The creators of the game came up with hundreds of questions for users to answer and display on their profiles, including “Do you fear la chancla?” or “Ever get hit with ‘¿y el novio/ la novia?‘ at family gatherings?” Meanwhile, the app found that 52% of users claimed that any moment is a good moment to share guacamole, while 46% said that preparing guacamole with someone could be a romantic way to get to know each other. Because of the results, the app partnered with Avocados from Mexico in the fall for a digital experience where users had the opportunity to connect over their cultures and love for avocados. Through the collaboration, users were allowed to display a “Guac Lover” badge on their dating profile, and were able to participate in a “Guacamoments” innovative digital experience created by Avocados From Mexico to help users find their fellow avocado lover.