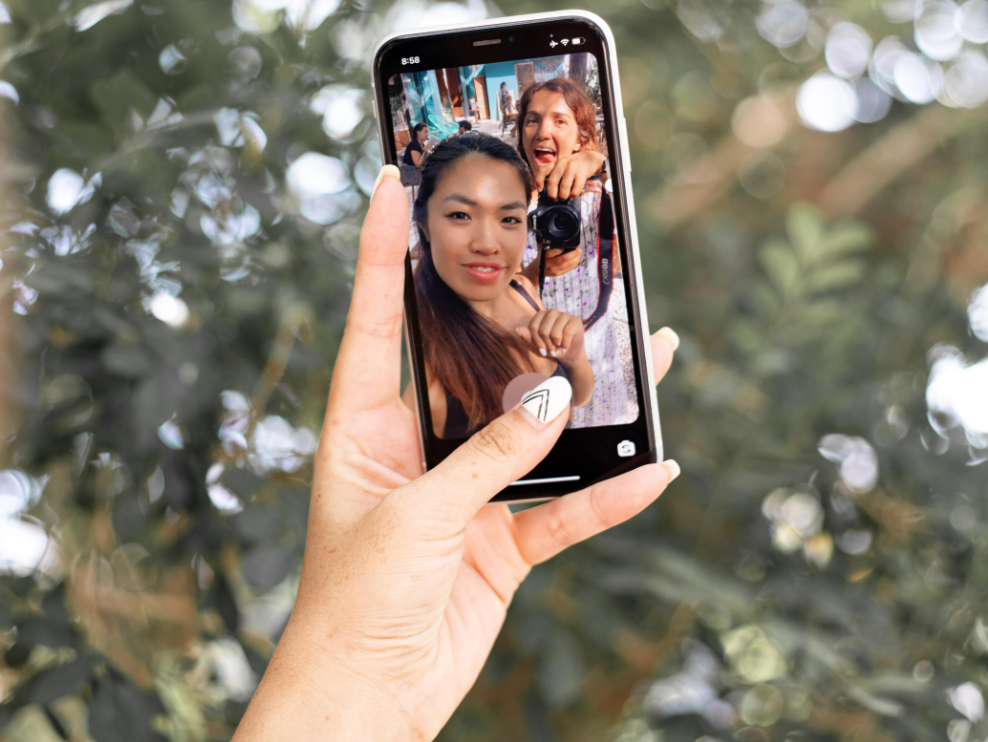 The majority of Gen Z and Millennials are creating content for and audience, they’re already talking about the brands they love, and they’re ready to make it official…

YPulse’s New Content Creators trend report found the majority of young people are creating content for an audience beyond their family and friends, making almost everyone in these generations an influencer in their own right.  While these young nano-influencers may have a smaller audiences, they are using social media as their creative outlet and reaching hundreds if not thousands of followers. And thanks to platforms like TikTok, any of them could go viral in the blink of an algorithm. For brands, young nano-influencers are not-so-hidden gems. They are a legion of young creators who are already talking about brands to their followers. In fact, our trend survey  found that about half of young creators have been talking about brands on their social channels: 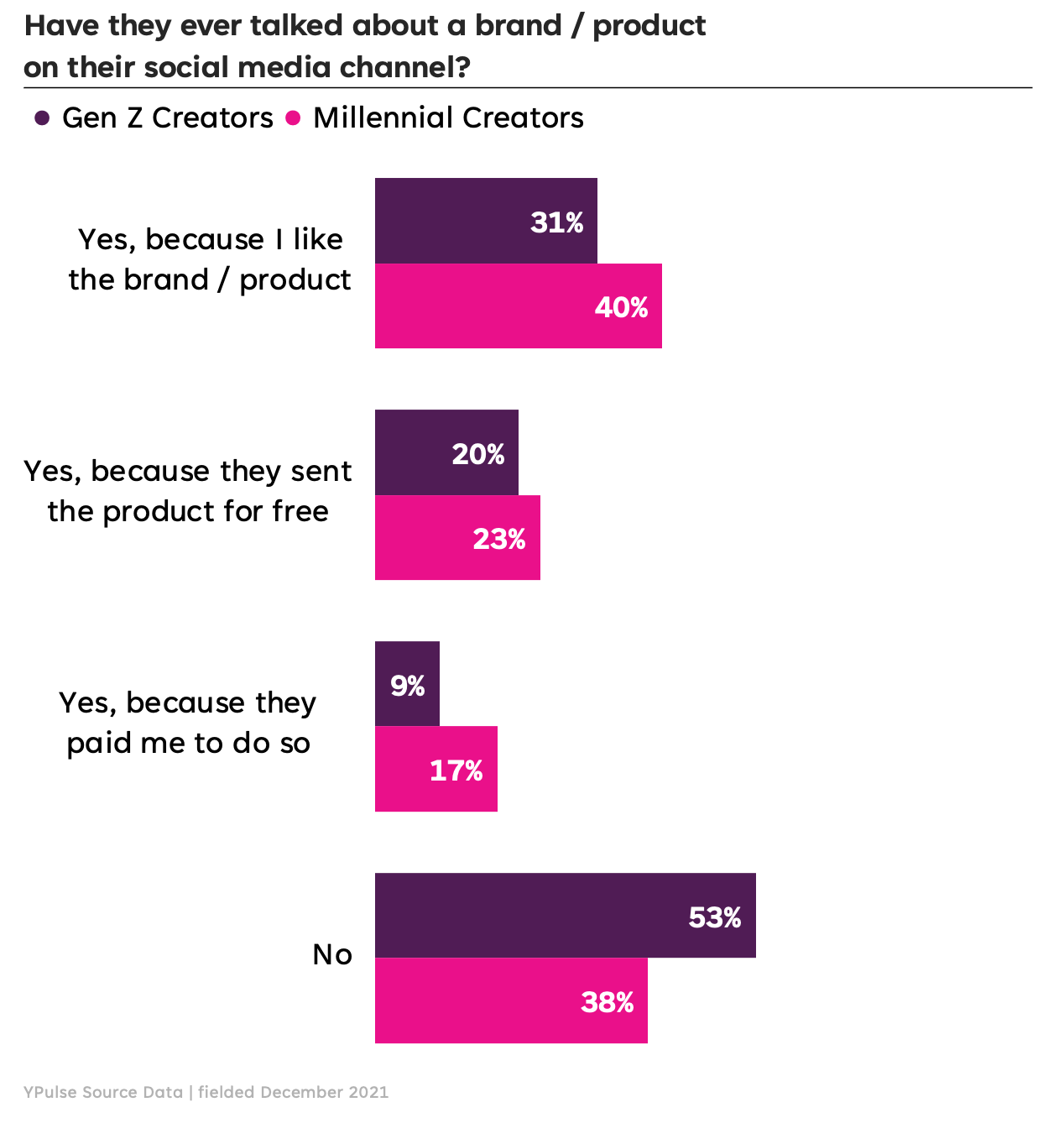 It of course needs to be noted that Gen Z is less likely than Millennials to say they talk about brands in their social content. Though brands are very eager to reach this next generation, they’re not as likely to follow brands on social media, or organically talk about them. But that said, 60%of 13-20-year-olds tell us they are interested in promoting brands on their social media, and we found that the majority of all young consumers (not just creators) are eager for brands to reach out to them directly or to have their content used by a brand: 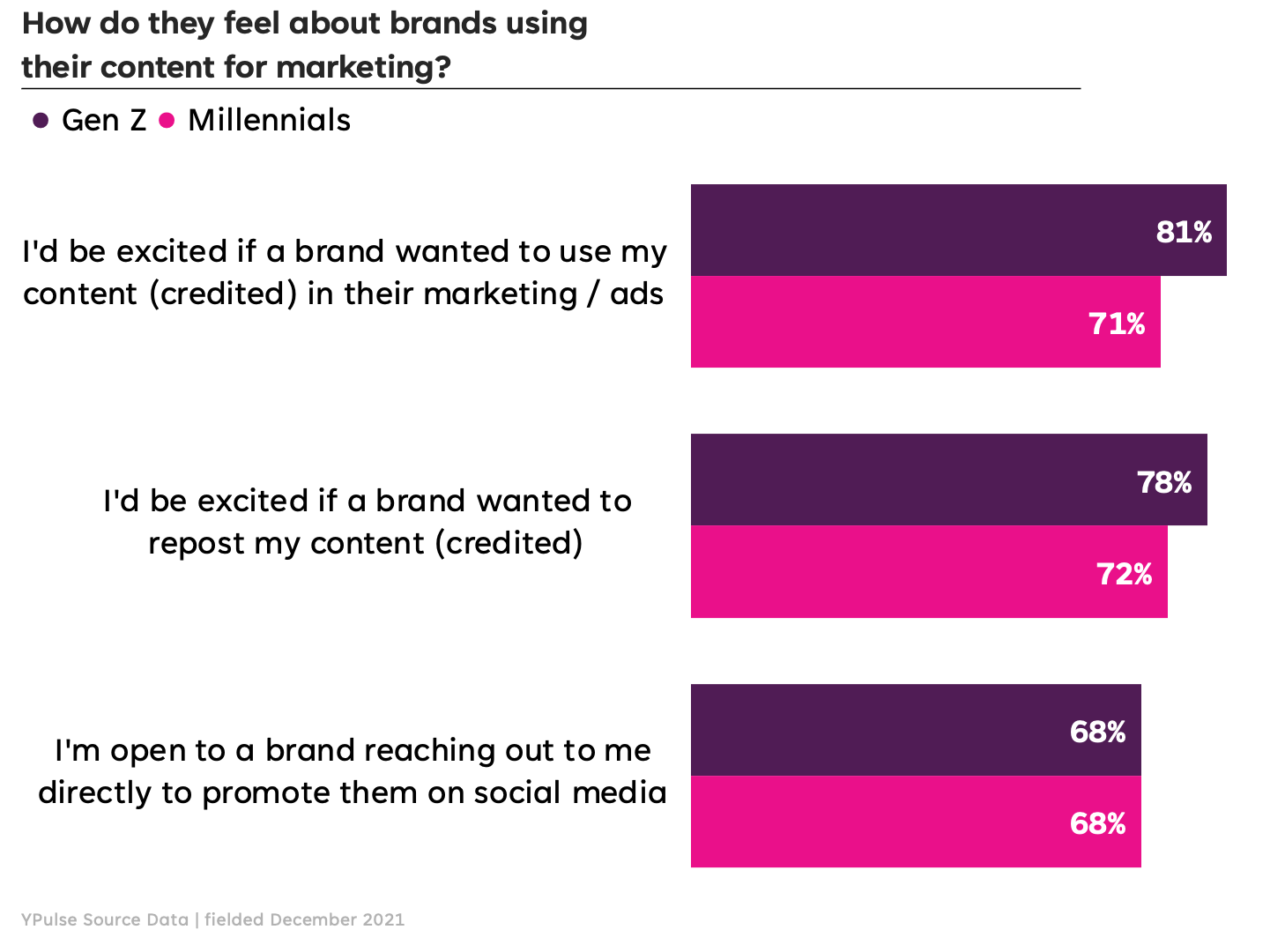 The opportunity for brands is clear: young people as a whole are open and excited about the idea of their content being used by a brand–if credited of course. User generated content is a powerful marketing force and these generations prefer for ads to look like the rest of what they see in their feeds, so brands tapping the talents of young nano-influencers for reposts or ad content is a no brainer.

Utilizing sponsored hashtags or contests on TikTok has been something that brands have been relying on as a way to connect with young people—and allows brands the opportunity to re-share users’ content on their own channels. State Farm’s #TeamStateFarm campaign for the Super Bowl featured three of the best videos on the brand’s account on Super Bowl Sunday, while PepsiCo-owned LIFEWTR just launched a #BlackArtRisingContest hashtag on TikTok to showcase Black artists and creators as part of its Black Art Rising initiative for Black History Month.

Brands have an enormous chance to tap into and feature the organic content that is being created about them by these generations, to encourage nano-creators, and to reach out to these budding influencers for official partnerships.

North America
Young People Are Seriously Done With Facebook on The Viral List
TL;DR Facebook is in hot water with already waning young users for supplyi...
North America
Gen Z and Millennials Are Using QR Codes for More Than You Think
QR codes are the easiest way to deliver young consumers a link, and they’re ready ...
Western Europe
4 Brands Reaching Young Europeans With Mental Health Marketing
Young consumers are redefining what wellness is, and they want brands to get involv...