These 3 Stats Show How Dating Has Changed For Young People 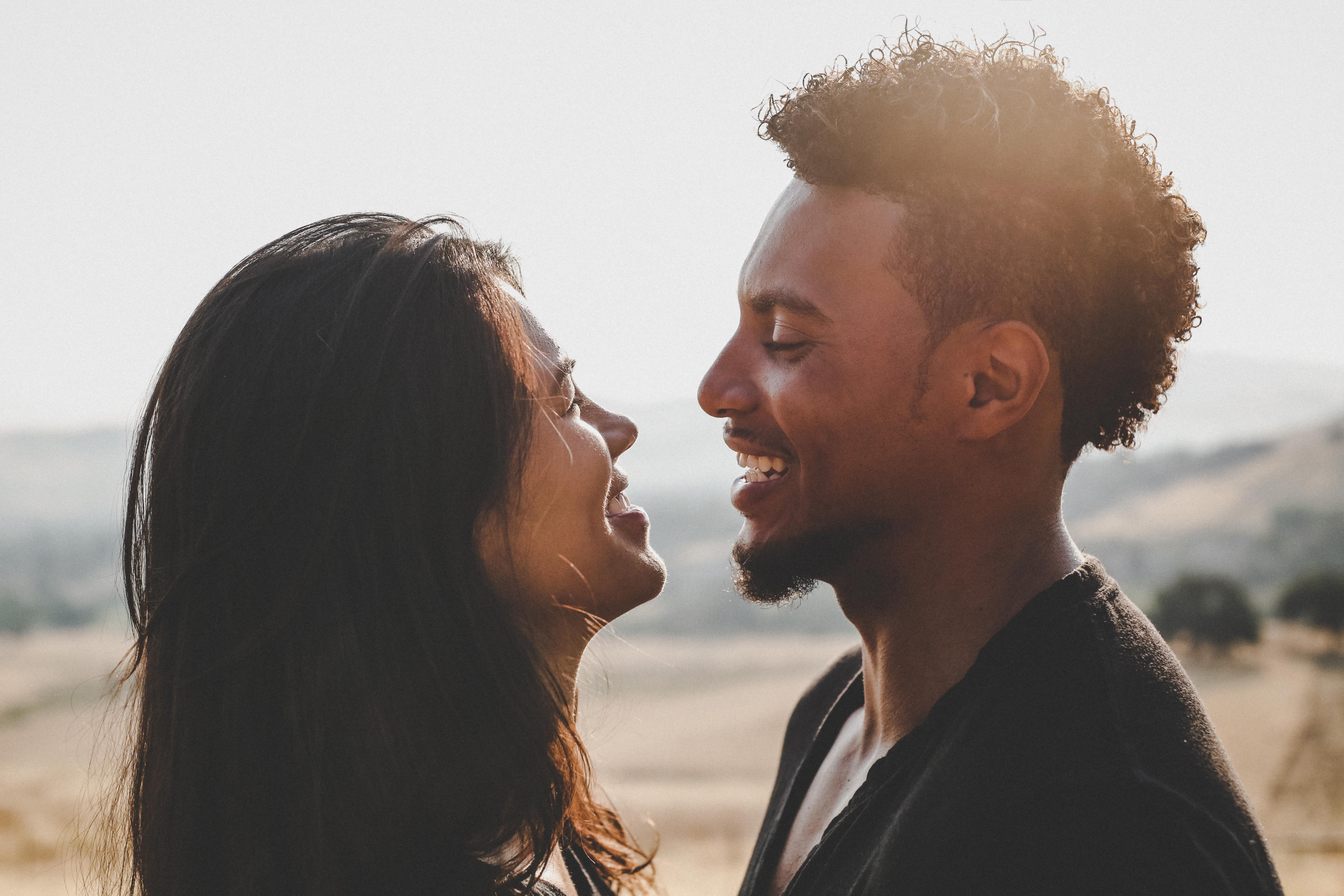 Young people are taking a different approach to dating, dating apps, and meeting partners–these three stats show what they’re shifting when it comes to romance…

It’s Valentine’s Day, and we’ve told you that that Gen Z and Millennials are taking a different approach to the holiday–but they aren’t just reinventing a single day devoted to romance; these generations have been changing dating in much bigger ways. YPulse explored how young people have been creating a new stage of life with their delay of marriage in our Extended Singledom trend report, where we found that while Millennials’ are still looking for “the one,” but their higher standards have led to an extended period of solo living. Our Finding Love Post-COVID trend research last year also looked at some of the ways that the pandemic shifted dating for Gen Z and Millennials, spiking dating app use while delaying finding a partner even further for many.

Our recent dating and relationships behavioral report found that many of those changes are long-lasting and Gen Z and Millennial are continuing to approach dating in their own unique way. Roughly half of 13-39-year-olds are single—but not all of those who are single are looking to date, and those who are are doing so on their own terms. These three stats from our survey highlight how young people are shifting the dating world: 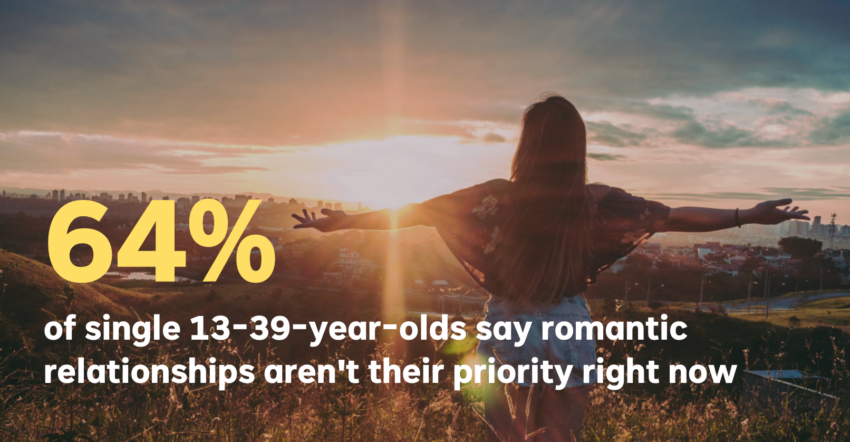 Dating isn’t a priority for the majority of single young people.
YPulse began tracking young people’s extended singledom early on—and it’s clearly still happening today. Sixty-four percent of single 18-39-year-olds say romantic relationships aren’t their priority right now. Our behavioral research also found that the majority of single 13-39-year-olds say dating is more difficult now than it was in the past, while 59% say dating is more trouble than it’s worth. (Have you seen The Tinder Swindler?) But it’s not that they’re not open to dating. In fact, 24% of 18-39-year-olds are single and looking to date, compared to 19% who are single and not looking to date. But the truth is, young people are choosing to prioritize other things while taking their time when it comes to dating. The top reason that young 18+ singles say they aren’t in a relationship is “I need to focus on myself,” followed by “I need to focus on school / my career.” But even though single young consumers aren’t prioritizing romantic relationships, that doesn’t mean they aren’t using dating apps or sites anymore… 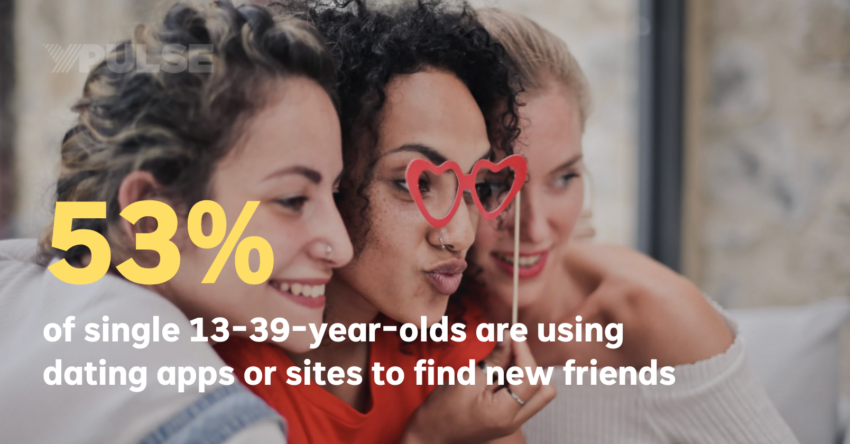 Over half of single young consumers are using dating apps or sites to find friends.
About a third of young people tell YPulse they have used a dating app or site, but gone are the days when these platforms were solely used for finding a partner or hooking up. When we ask young people why they use dating apps or sites, 53% of singles say it’s because they want to make new friends, making it the top reason they’re using them. That’s compared to 40% who say they use them to find their future boyfriend/girlfriend, and 34% who use them because they want to find their future spouse. Recently, dating apps have been launching or prioritizing friend-focused features to reach many of the young singles who are using their services to look for friends without benefits. Bumble BFF and Tinder Passport (where users can chat with anyone around the world) experienced an uptick in engagement in 2020 and 2021, with Bumble BFF reporting that the average time spent on the app in the first three months of 2021 grew 44% for women and 83% for men. Meanwhile, new dating apps like Flox and Alike have launched with the idea of finding community and friendship as central themes. But there may be another reason that dating apps have become less focused on, well, dating… 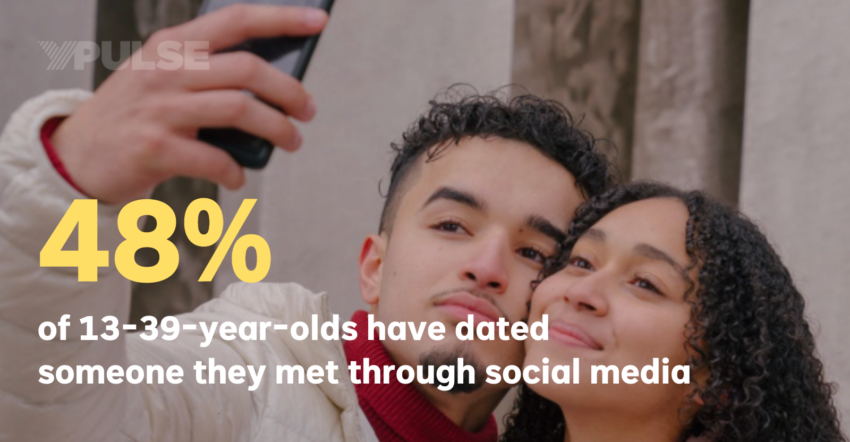 Nearly half of young consumers say they have dated someone they met on social media.

Social media platforms may be taking a bite out of dating app’s matchmaker status. Forty-eight percent of 13-39-year-olds say they have dated someone they met through social media, compared to 45% who say they have dated someone they met through an app. Meanwhile, 45% tell us social media is an essential part of their dating life, and 41% say they have asked someone out on social media. Some social platforms have been building dating into their features: Facebook (pre-Meta rebrand) launched Facebook Dating in 2019, allowing users to create a separate Dating profile separate from their main account, and meet other people based on preferences, interests, and other things. The company also experimented with a new video speed-dating app last year. Meanwhile, TikTok has also become a social platform where young singles have been looking for dates. Some users on the app have shared highlight reels that include their hobbies and best attributes, while looking for dates to weddings, or even long-term relationships. The hashtag #dating has a whopping 26.8 billion views, while #singles has generated 465.2 million views. While social media isn’t the primary place young people are looking for relationships, more of them are certainly open to the idea of dating someone they’ve met on there.