This Is The Winter Olympics Content Young Viewers Are Actually Watching 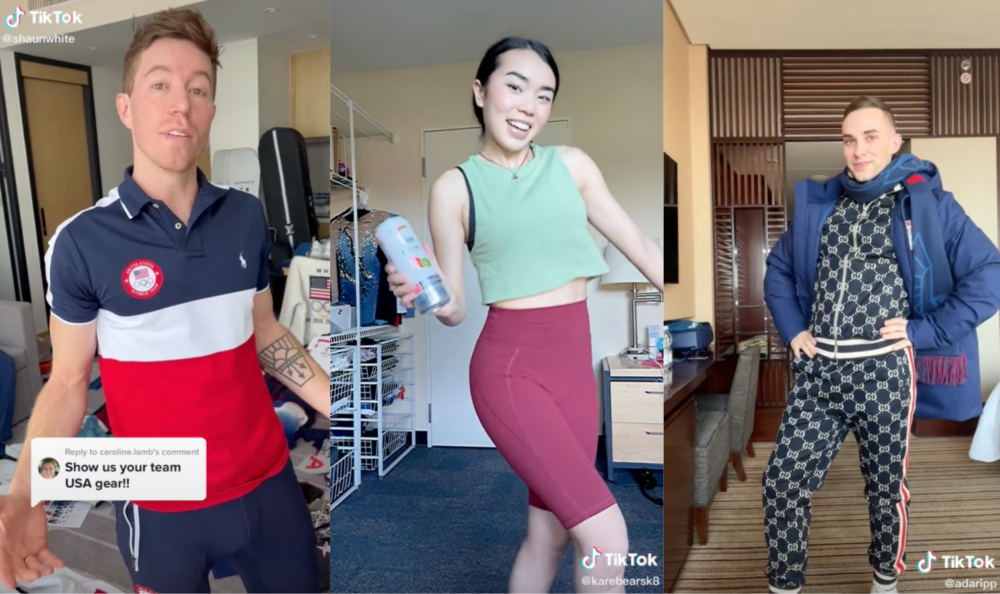 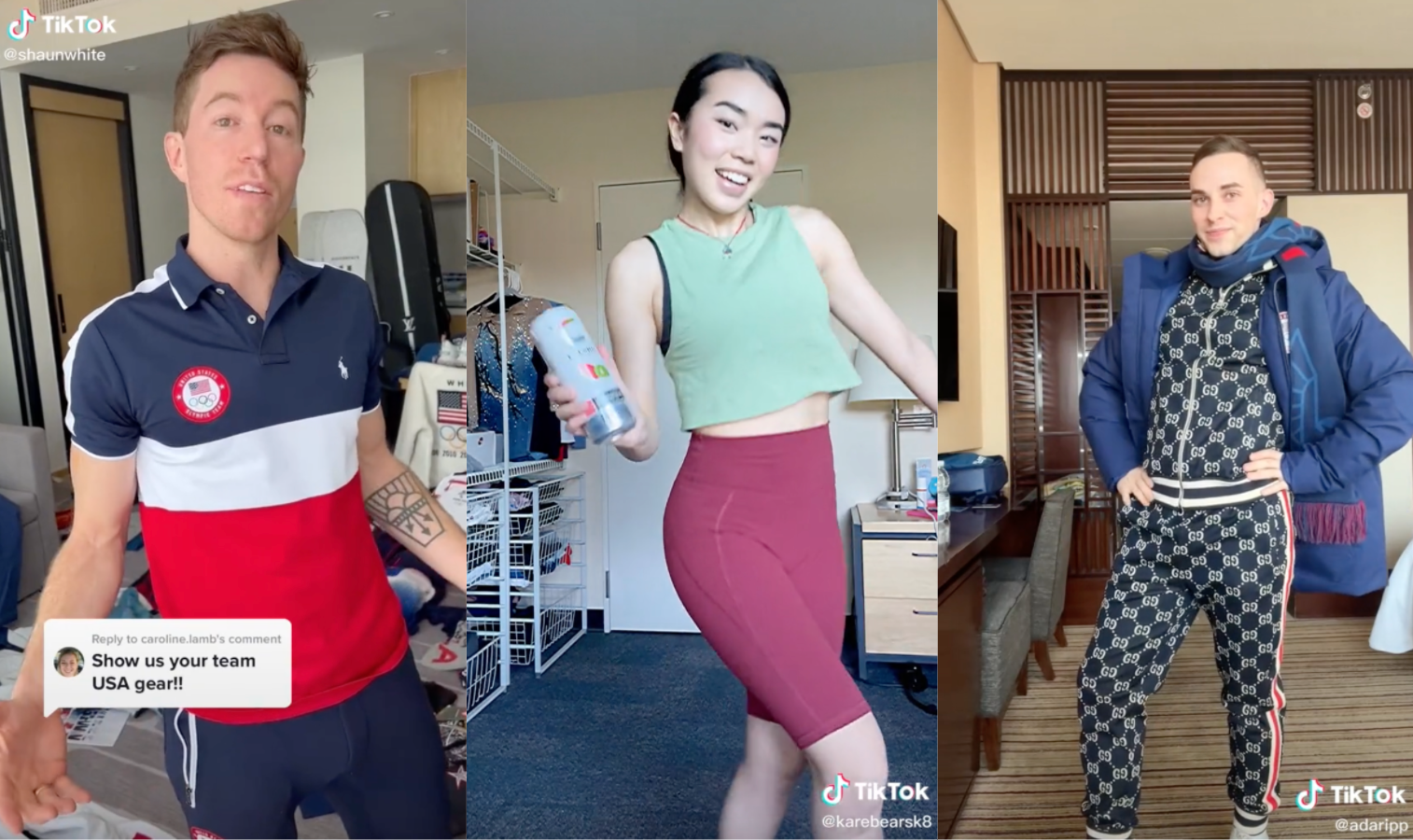 In case you missed it, the Olympics are here again! Of course, the Summer Olympics were just last year, and YPulse found that despite the hunger for distracting content during the pandemic, interest in the games among Gen Z and Millennial viewers had dropped compared to 2018. The Tokyo games ratings held up our findings. Now, quick on the heels of that low viewership, another Olympics is trying to draw eyes. As the Winter Olympics kicked off in Beijing, we used our on-demand survey platform PULSE to ask young people how many planned on tuning in this time around. We found 43% of 16-34-year-olds planned on watching the Winter Olympics, on par with the number who planned to watch last year. In other words, the majority don’t plan to tune in or weren’t sure if they would. It’s the continuation of a pattern we’ve seen for some time. While YPulse has found the majority of young people do consider themselves sports fans, live TV sporting events are less and less likely to draw them in, with the majority saying these aren’t cultural moments they pay attention to.

But there is one place where Olympic content viewership only seems to be growing: social media. In fact, last year YPulse data showed that the number of young consumers who planned to watch the Olympics on social media increased between 2018  and 2021. We also reported that the Olympic athletes in Tokyo went viral during the games for their TikTok content, helping the hashtag #TokyoOlympics rack up billions of views for this year’s events, NBCUniversal partnered directly with TikTok to promote the network’s coverage of the Olympics. The network invited TikTok to collaborate on Winter Olympics and Paralympics content, which includes content across NBC’s TikTok channels and a three-episode livestream show hosted by a TikTok creator. So far, the hashtag #WinterOlympics has over 500 million views–and that’s just one platform worth of Olympic social content. Twitter is also in on the gold rush with their own officially hashtags and official emojis. Clearly, Olympic content isn’t dead, it’s just transformed. Young people are keeping up with short, social bites of the games, and this new generation of Olympic coverage gives a completely new view of the athletes and events. So what kind of Olympic content is actually resonating with them? Here’s some of what the viral clips have in common: 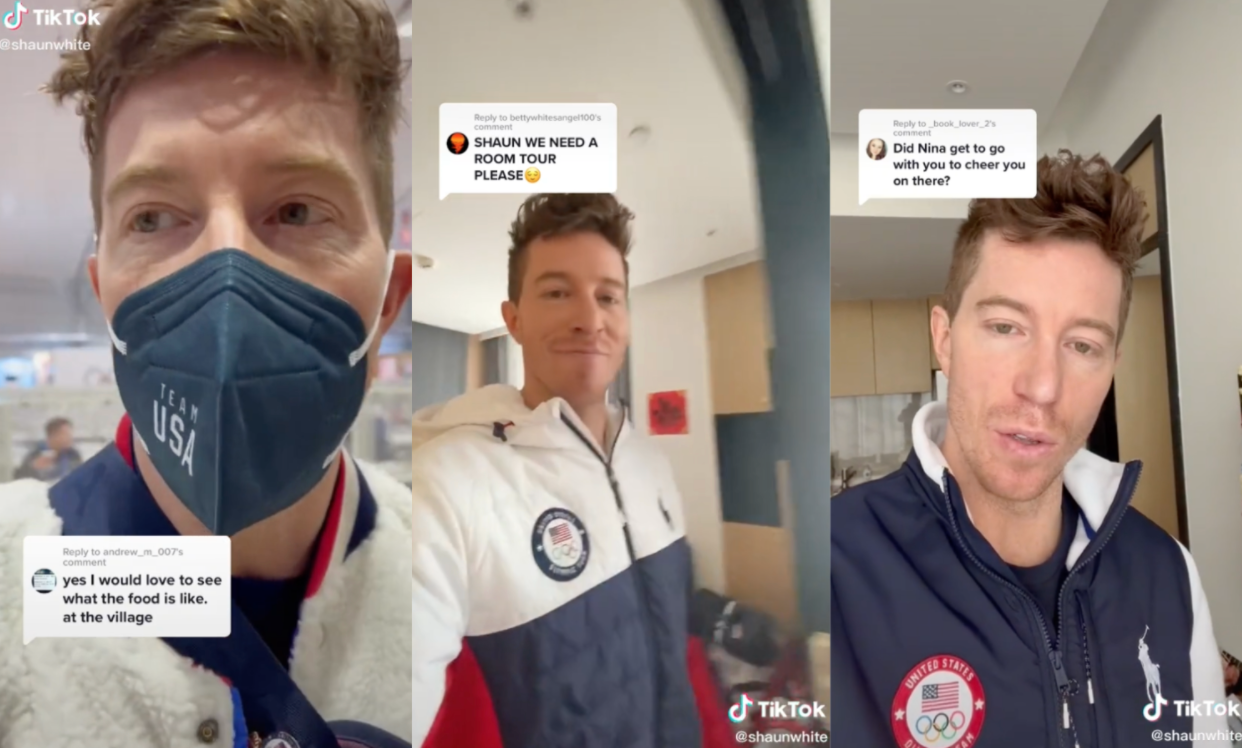 Firsthand Behind-the-Scenes Tea
Last summer, #TokyoOlympics was one of the trending hashtags on TikTok and ultimately amassed over five billion views. Some of the most popular content came from athletes giving their followers an in-depth look about what actually happens behind-the-scenes during those moments–when they aren’t participating in the games. Rugby player Ilona Maher was one of the most active athletes on social media, using the hashtag to give fans a look at her and her teammates’ lives at the Olympic Village, while also participating in various challenges on the platform. This firsthand behind-the-scenes content created by athletes is popular again this year, with snowboarder Shaun White taking the spot as this year’s top TikTok correspondent. Since January, White has been using his TikTok channel to generate hype among his 1.2 million followers. Last week, he shared a video revealing the food in this year’s Olympic Village, which includes everything from a salad bar to various international cuisine, garnering 3.3 million views to date. He went viral again when he took fans through a tour of his room in another video that received 4.7 million views. White has also been using his account to answer fan questions and spill the tea (like, whether his girlfriend, actress Nina Dobrev, tagged along). Meanwhile, snowboarders Maddie Mastro (21-years-old) and Tessa Maud (18-years-old and making her Olympic debut) have also been sharing their day-to-day lives in the Olympic Village, what they’re having for breakfast and dinner routines, and tours of their rooms. In one video, Mastro shared how athletes have to undergo a “daily throat jab” as part of their COVID-19 testing protocols. In fact, athletes have been using the hashtag #AskTeamUSA, which has 16.9 million views, to answer the questions their followers have. Since the beginning of the pandemic, athletes using social media as a way to connect with young fans has been a popular form of communication—and it’s clearly breaking barriers down between the Olympians and young viewers, allowing them to feel privy to things that they have never seen before. 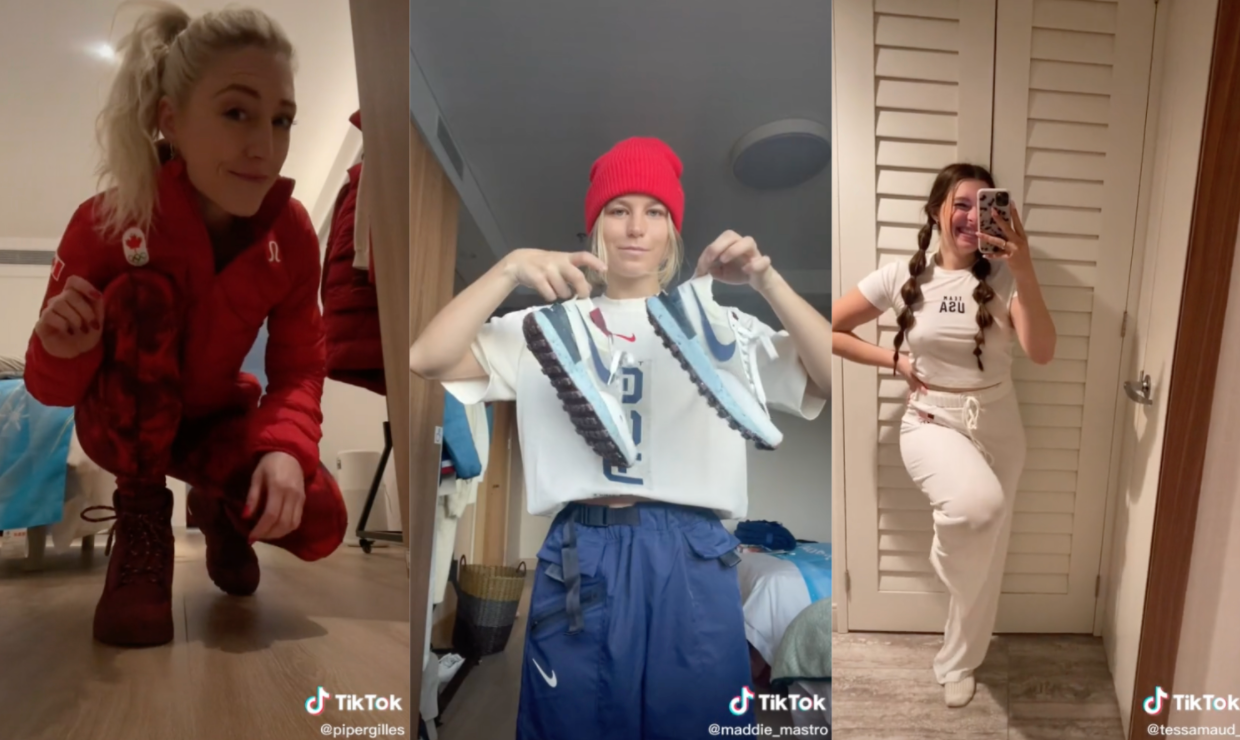 Athlete ‘Fits & Fashion
We just told you that behind-the-scenes content from Olympians is trending —but a common theme shining through is athletes sharing their outfits and uniforms. Of course, White was already on top of it by sharing a video of what he wears when he snowboards. Maud and Mastro have also been spotted all over TikTok showing off their Olympic swag and OOTD (a.k.a “outfit of the day”). In one video that received over a million views, Mastro asks her followers which outfit she should wear for the day while quickly going through her options. The two have also shared several videos of their gear from Skims. According to Maud and Mastro’s videos, each athlete received a giant duffle bag with straps that say “SKIMS” across them, while the front says “TEAM USA.” They also received boucle-knit robes, crop tops, bike shorts, and tights, many of which have the Team USA logos and American flag emblazoned on them. But it’s not just Team USA showing off their swag: Some athletes from Team Canada have received attention online for their videos as well. Lululemon initially unveiled the Olympic collection back in October after being named Canada’s “new official outfitter” for the next four Olympics, and some of the Olympians took to social media to reveal them. Ice dancer Piper Gilles received over one million views in her try-on TikTok that showed the “versatility of the collection.” The caption reads “@TeamCanada x @lululemon = perfection,” with one follower commenting: “Okay team Canada will be the drippiest team there is.”

Meanwhile, users on social media can’t stop talking about some of the costume choices during the games, particularly in figure skating. Last week, Tim Dieck and Katharina Mueller from Germany went viral for dressing up as iconic DC Comic villains The Joker and Harley Quinn. And of course, users on Twitter had a lot of thoughts. Many people loved it, some hated it, and others didn’t know what to make of it. @KariClough tweeted: “You mean to tell me in the year 2022, Germany sent two figure skaters to the Olympics dressed as The Joker and Harley Quinn and had them skate to Toxic. What in the 2016 tumblr edit is going on here on this day.” On TikTok, ice skater Karen Chen used the #AskTeamUSA hashtag to share the inspiration behind her light purple costume, which featured a butterfly made of gemstones, that was designed by her mother—with fans praising how “beautiful” the dress looked. (Chen also uses her TikTok account to share OOTDs and match them with the color of her drinks). Former figure skater-turned-coach Adam Rippon took a different approach and instead shared the outfits that he wasn’t allowed to wear at this year’s Olympics: in a TikTok video that amassed half a million views, the 32 year-old aired his grievances over the “unspoken culture” of being required to wear brand-sponsored outfits at the events. Fashion is something that young people obviously love to see in their social feeds and we told you that celebs / athletes are some of the top figures that influence their sense of style, so it makes sense that they would enjoy watching some of their favorite Olympians show off their ‘fits. 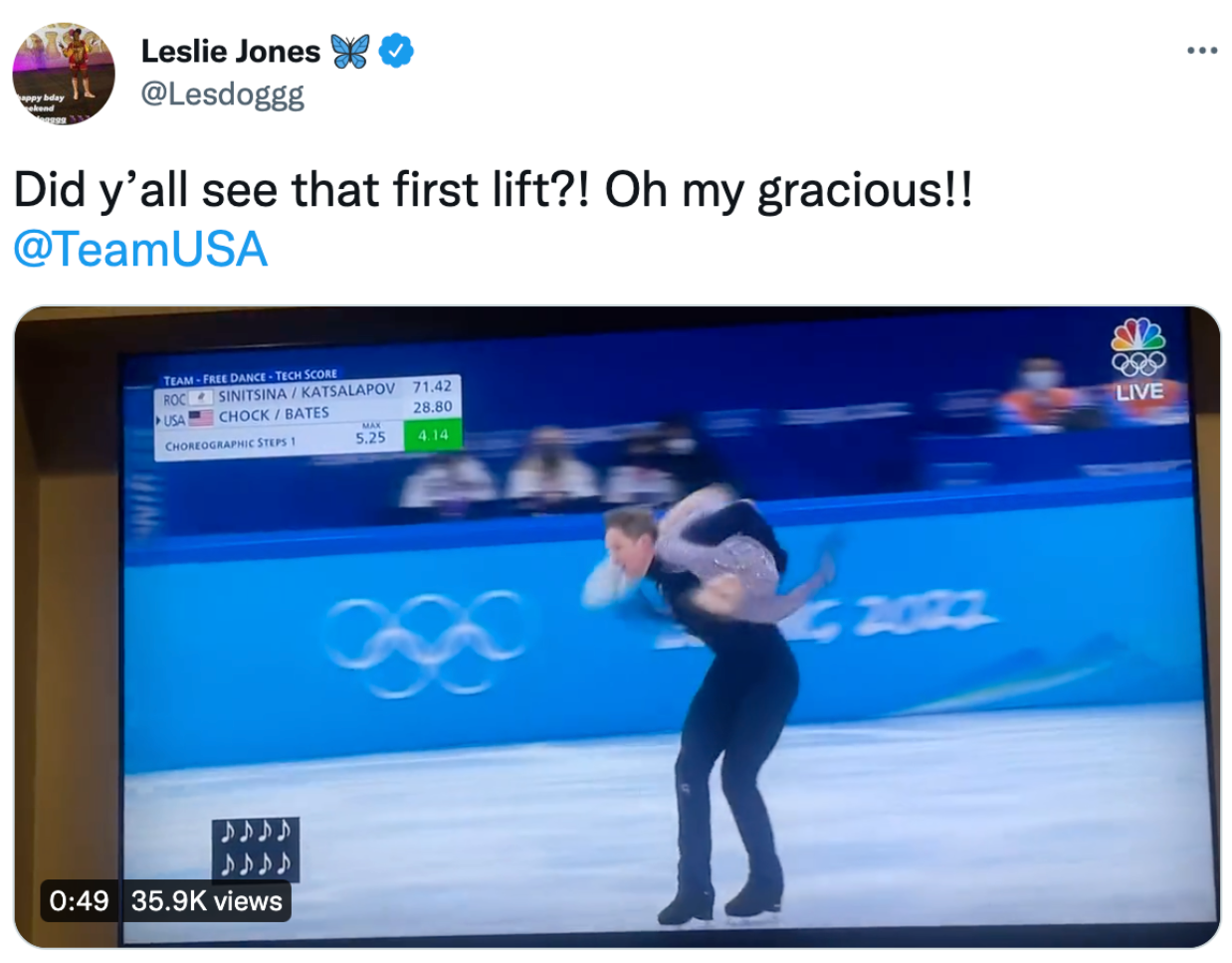 Commentary From Celebs & Influencers
Sure, ‘fits and glimpses into athletes’ lives may be taking over the Winter Olympics but commentary from other celebs is also popular (again) this year. For the last few years, comedian and former SNL member Leslie Jones has been recapping and live-tweeting her reactions to the Summer and Winter Olympics in a “hilarious (and often NSFW)” way. This year is no exception. Jones, who has millions of followers on both Twitter and TikTok, posted several videos and tweets on the first night of the figure skating competitions. In one TikTok video that received more than 1.2 million views, she offered commentary on ice dancers Madison Hubbell and Zack Donohue. She’s heard saying: “Look at that face! Look at that face! Madison’s like, ‘I’m here to play and you motherf**ker is about to watch me sway!'”In another video, she praised Nathan Chen, who landed a quadruple and triple jump and the difficult quadruple lutz to earn a 111.71 high score. In it, she says: “Let’s go Nathan! He’s pretty tall, too. Lemme tell you somethin’, I don’t I could ever—I feel like this skating thing would be like swimming, I could swim my ass off with a floatie, it’s almost like I’m so light like I’m floating on the water.” But Jones also shared that her beloved commentary may not continue,  in a post across her social channels she stated that the Beijing Games might be the “last Olympics I live tweet” and that she was tired of “fighting the folks who don’t want me to do it.” While she didn’t specify who “the folks” were, she tagged NBC in her post and fans alleged that she was hinting that they were the ones pressured to stop sharing her live coverage. On Monday evening, the company said in a statement that Jones is “free to do her social media posts as she has done in the past. She’s a super fan of the Olympics and we’re super fans of hers.” Given the amount of love and support that Jones quickly received from her followers, it’s clear that young fans are interested in seeing live commentary on the Olympics from some of their favorite celebrities–if it’s on the platforms they’re spending time on and as entertaining and delightful as Jones consistently is The popularity of her Olympics content also shows that young viewers aren’t looking for commentary or content that’s too serious, and networks might be better off bringing comedians on as talking heads than the experts they’ve relied on in the past (at least to capture younger viewers).