Metaverse, Mansions, & More TikTok: How Brands Are Marketing For This Year’s Super Bowl 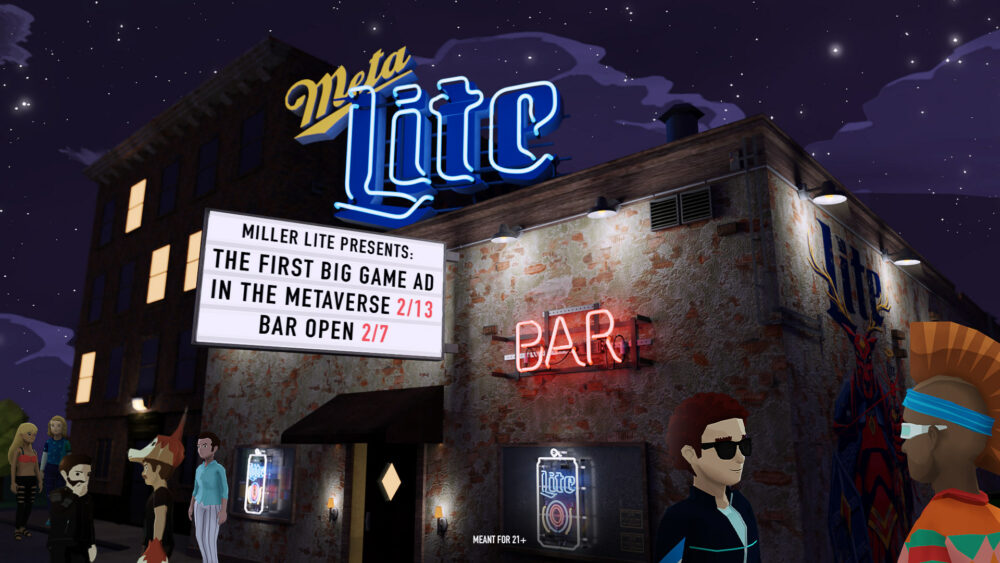 For the longest time, traditional commercials were the biggest and best way for brands to market during the Super Bowl. But this year, these five brands are marketing to young consumers in different ways…

Super Bowl season is underway and several brands have already unveiled their spots ahead of the Big Game. For decades, companies relied on creating big budget and innovative commercials to reach young consumers, but that has changed in the last few years. Sure, brands are still pumping out ads, and some are paying millions for their moment of spotlight during the big game, but more are also marketing outside that infamous traditional commercial break.

In 2020, social media (TikTok in particular) became one of the hottest spots for brands to market during the Super Bowl—and we told you that some of last year’s biggest marketing takeaways included leaning into memeable moments, using ad budgets for social good, and being transparent about the past. Despite an unusual year for sports, TikTok was a hit again in 2021 as the NFL partnered with the platform and Miley Cyrus to host a #TikTokTailgate party and concert to generate hype among cooped up young viewers who were watching the Super Bowl from home. It makes sense considering YPulse’s research shows that only a third of young people say they pay attention to the Super Bowl, with Gen Z even less likely than Millennials to express interest in the game. While these generations do consider themselves sports fans, their viewing is not necessarily centered on live TV. The majority of young sports fans agree: “I don’t need to watch sports games live to keep up with what’s going on,” so brands need to push outside the ad break to get their attention.

But in the last year, more marketing trends have taken off, and while TikTok is a popular Super Bowl tactic again, cryptocurrency and the metaverse are creeping into this year’s marketing, as is the return of in-person experimentation. Here are five brands who are pushing Super Bowl marketing far beyond the expensive TV-spots, and finding new ways to reach young viewers: 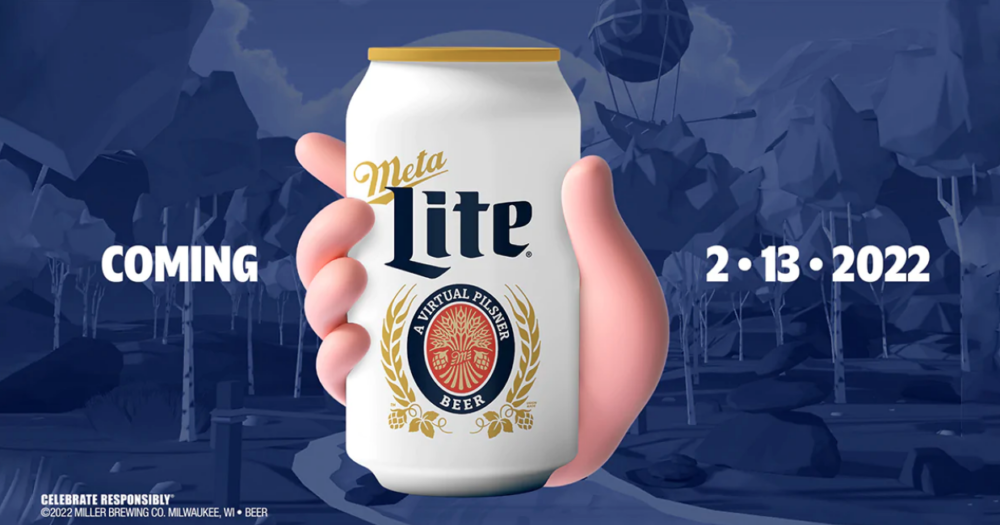 Miller Lite’s Meta Lite Bar
We told you that the metaverse is a marketing trend that’s here to stay, and while countless brands have been getting into itMiller Lite is perhaps the first to utilize it during the Super Bowl. The beer brand is partnering with metaverse company Decentraland to open a digital Meta Lite Bar, which is meant to mimic “the look of a classic tavern.” Between February 7th and February 13th, patrons will be able to enter the digital bar’s “virtual doors” and gather in real time for a communal bar experience. During that time frame, an average of 10 patrons daily will have the opportunity to win $500 in cash (not cryptocurrency) that can be used to stock up on Miller Lite products for their Super Bowl watch parties.

Bud Light’s Limited Edition NFTs
Miller Lite isn’t the only alcohol brand joining the metaverse. Bud Light is taking a different approach with NFTs, which we also told you is a marketing trend that’s going to be big this year. Bud Light is launching its first zero-carb beer, Bud Light Next, and they’re using the Super Bowl to promote it. To coincide with the launch of the new beverage, the company is launching the Bud Light N3XT Collection composed of 12,722 unique tokens designed “in the blue and white color hues of the new brew’s packaging.” The tokens are priced at $399 each, are age-locked to consumers 21 and older, and only available in the U.S. to those who purchase using ethereum or fiat currencies. Interested buyers can purchase the NFTs starting on February 6th, and those who make a purchase will also be able to vote on exclusive Bud Light Next merch and gain access to brand and partner events. 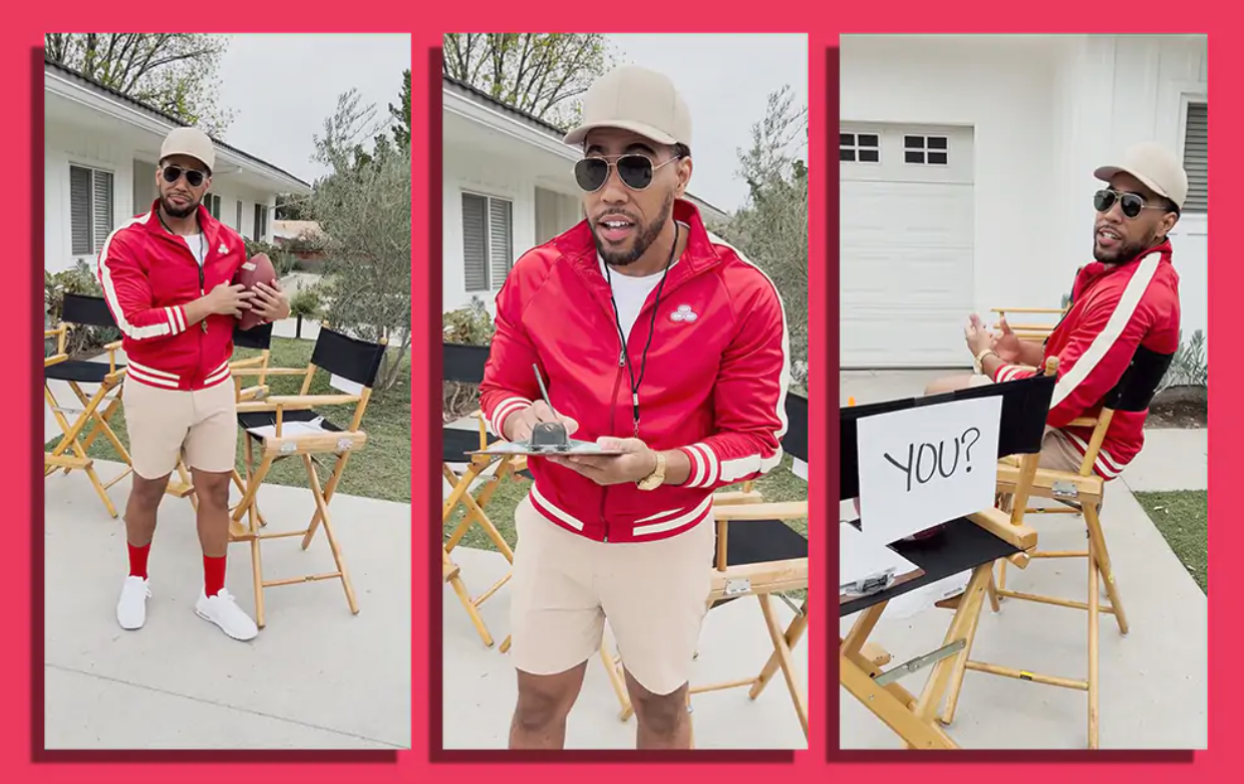 State Farm’s #TeamStateFarm TikTok Challenge
In 2020, we told you that Super Bowl ads were starting to get off TVs and onto social feeds by launching their campaigns on social platforms like Snapchat, Instagram, and particularly TikTok—and gotten to be even more popular in the last few years. During this year’s Super Bowl season, State Farm decided to go all-in on TikTok. To attract young consumers, the insurance company opted for a TikTok challenge over a paid TV spot. The #TeamStateFarm challenge features Jake from State Farm acting like a talent scout as he vets user-submitted videos. For the campaign, TikTokers are challenged to show off their talents using TikTok’s duet feature and using the #TeamStateFarm tag. The three best videos will be pinned to the top of Jake From State Farm’s TikTok page on Super Bowl Sunday, which takes place on February 13th this year, and the final winner will be chosen based on which video gets the most likes. The Jake From State Farm account has amassed over 212K followers, and the Super Bowl TikTok challenge marks the brand’s first experience-based approach on the app—and the first time it has taken an interactive approach for its NFL and Super Bowl advertising. As TikTok continues growing as one of young people’s go-to sources for entertaining content, creating interactive campaigns on the platform instead of airing a traditional TV ad is certainly a way to reach them.

Groupon x Gronk Mansion Experience
While Miller Lite, Bud Light, and State Farm are leaving heavily into digital spaces to market for the Super Bowl, some brands are turning to in-person experiential activations. Take Groupon, who teamed up with NFL tight end Rob “Gronk” Gronkowski to fly one winner and 15 of their friends to his mansion right outside of Boston in Foxborough, Massachusetts, and give them the chance to “party like a player” while he’s away during the Super Bowl. Fans were able to enter the contest daily via the Groupon app and on a designated microsite—and along with taking over Gronk’s house for a Super Bowl watch party, the experience will include local Groupon experiences, including beer and wine tastings, mini golf, an indoor bounce house, ax throwing, and a hot stone massage station. We told you that themed rentals at iconic locations are popular with young people—and Groupon is taking advantage of the trend by serving up Gronk’s mansion as a hotspot for fans to hang out during one of the biggest sports events of the year.

Captain Morgan’s Smart Punch Bowl
While Groupon is leaning on in-person experiences, Diageo’s Captain Morgan is relying on physical products—with a touch of weird marketing. Ahead of the rum brand launched a giveaway for its new Captain Morgan Super Bowl Punch Bowl. The punch bowl holds four gallons of liquid and displays the score of the game on the base of it in real time. It will be equipped with LED lights, bluetooth speakers, subwoofers, and LED graphic equalizers. Interested consumers over the age of 21 can enter for a chance to win the punch bowl until February 6th on a designated microsite. The punch bowl was recently featured on Jimmy Kimmel Live! Where it was presented by Super Bowl champion Victor Cruz and Unnecessary Inventions inverter Matty Benedetto. The bowl marks one of the first major collaborations between the NFL and Diageo after it became the first spirits sponsor of the league last year.