Everyone is talking about the “refreshed” identities of the M&M’s characters (hint: it’s not all good things), Disney responded to Peter Dinklage’s criticism of its upcoming Snow White remake, BTS’ Jungkook single-handedly inspired Chipotle to change its name to “Chicotle,” taking care of your “stupid mental health” is a new trend on TikTok—plus more internet buzz on this week’s viral list!

In an effort to reflect the “dynamic and progressive world we live in,” Mars recently debuted a new look for the M&M’s characters. The Red M&M’s bossiness has been toned down as he navigates a world in which toxic masculinity is not welcome; Orange is embracing his anxiety as it’s no longer taboo to talk about; Green has traded in her knee-high boots for casual sneakers to come across more confident and be known “for much more than her boots”; and Brown has transitioned from a high stiletto heel to a more refined block heel (plus she has some cool new glasses). Additionally, M&M’s will no longer attach prefixes to the characters’ names to encourage people to focus less on their gender and more on what they stand for. While the candy has gotten a refresh every year or so since the characters debuted in 1954, the drastic identity changes this time around have become a hot topic of discussion because, well, nobody really cares if the green M&M is wearing stilettos or sneakers. Twitter immediately started making memes about the rebrand, particularly the green M&M. One Twitter post reads, “Why did they reverse yassify the green m&m…,” while another sums up the unnecessary transition with, “No one in all of human history has ever looked at a f****** M&M and said ‘I don’t feel represented.’” While the rebrand has good intentions, it’s being read as performative, a.k.a. “activism done to increase one’s social capital rather than because of one’s devotion to a cause.” Unlike problematic brands like Aunt Jemima (now Pearl Milling Company) and Uncle Ben’s (now Ben’s Original), no one was calling out the supposed deep-rooted gender discrimination of the M&M’s characters or even asking the 80-year-old brand to update its look. Yes, young consumers want brands to reflect diverse and inclusive causes, but real change starts from within a company (i.e. donating money to support social causes), not necessarily updating a brand mascot…unless it has a history of discrimination.

In a conversation on Marc Maron’s WTF podcast this week, actor Peter Dinklage (who was born with a form of dwarfism known as achondroplasia) criticized Disney’s choice to remake Snow White, explaining that it tells a “backwards story about seven dwarfs living in a cave together.” Dinklage explains further, “ I was a little taken aback — [Disney] was very proud to cast a Latina actress as Snow White…But you’re still telling the story of Snow White and the Seven Dwarfs. Take a step back and look at what you’re doing there. It makes no sense to me.” The core issue Dinklage emphasized is that Disney’s attempt to recreate Snow White to reflect today’s progressive society comes across as insensitive when they’re still telling a story of seven dwarfs, which perpetuates stereotypes often associated with the dwarfism community in TV and movies. As an actor who has dedicated his career to ensuring the dwarfism community is represented accurately, Dinklage notes, “Have I done nothing to advance the cause from my soap box? I guess I’m not loud enough…If you tell the story of Snow White and it’s the most f***** up, cool, progressive spin on it, let’s do it. All in.” Disney has responded to Dinklage saying, “To avoid reinforcing stereotypes from the original animated film, we are taking a different approach with these seven characters and have been consulting with members of the dwarfism community.” The film is still years from release and has been in development for three years, so only time will tell how this reimagined fairy tale plays out. YPulse’s Representation in Action trend research found that young consumers want to see more identity representation from brands when it comes to mental and physical disabilities, and they want brands to be honest about when they misrepresent communities. 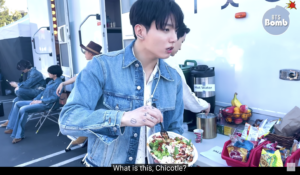 Chipotle is (Officially) A Part of BTS ARMY

In a recent video posted to BTS’ YouTube channel where members from the K-pop band are enjoying a lunch break while filming for James Corden’s “Crosswalk Concert” segment for his late-night TV show, Jungkook is seen eating a Chipotle bowl that was ordered for the lunch break—his first experience with the (addictive) fast food. Naturally, there were some misunderstandings as to how Chipotle was pronounced—Jungkook thought it was “Chicotle” while J-Hope thought he heard “Chocolate”. The video immediately sparked some heart-warming reactions from BTS ARMY (the band’s fans), absolutely fangirling on Twitter over how Jungkook thought it was called Chicotle. The QSR also shared their starstruck feelings over the viral moment, and—as of the writing of this article—has rebranded on Twitter to “Chicotle.” Following the name change, Chipotle tweeted “gm tannies” (a nickname BTS ARMY uses for the band members), which as you can imagine unloaded a whole Twitter thread of fans replying to the brand with videos of the group eating Chipotle, talking about how “cute” BTS is, and inquiring if the brand is part of the ARMY (we’re going with absolutely, yes). We’re not sure how long this rebrand will last, but for now we’ll be joining the BTS ARMY and referring to Chipotle as Chicotle. 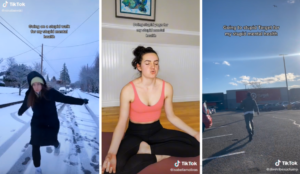 Young people were addressing their mental burnout before the pandemic, and the pandemic has only exacerbated their desire to prioritize mental wellness above all else. Gen Z and Millennials tell YPulse that improving their mental health is one of the top things they’re committed to doing (or at least going to try to do) in 2022. Going into year three of the pandemic, a new TikTok trend is taking a sarcastic approach to what taking care of one’s mental health these days really looks like (hint: it’s not all soothing baths and peaceful meditation). In a video posted by @ninalaevski, she’s seen trudging along in the snow with overlaid text on the clip reading, “Going on a stupid walk for my stupid mental health.” Though meant as a joke, the video has amassed 8M views and multiple comments describe it as “too relatable” and “very accurate.” Since then, a #StupidWalkChallenge has taken off on TikTok as users meme about their “stupid mental health walks” and other activities they do to take care of their “stupid mental health.” Another user, @isabellamolivas, posted a video of her “doing stupid yoga for my stupid mental health” (994K views), while @dimitribeauchamp posted, “Going to stupid Target for my stupid mental health” (2.1M views). As licensed therapist Jill Daino puts it, “We’re two years into this pandemic…And what I took from those TikToks was the absolute depletion and exhaustion…that people are experiencing at this point.” Not to mention the fact that the winter months can certainly do a doozy on young people’s (and pretty much everyone’s) mental health, too. More than anything, this TikTok trend shows how Gen Z and Millennials often make light of issues they’re dealing with as a coping mechanism, with mental health being one of the most prevalent issues they’re facing right now. 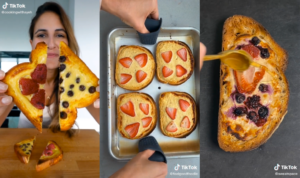 TikTok and YouTube stars are calling out the “discrepancies” in TikTok’s creator funds.

Adele FaceTimed some fans after her Las Vegas residency was postponed.

Damon Albarn criticized Taylor Swift, claiming “she doesn’t write her own songs,” and he quickly apologized after Swift (and Swifties) clapped back.

Fashion Nova is paying a $4.2 million settlement following allegations that it hid bad reviews from its website.

The “Island Boys” went to Cameo to encourage viewers to join the Army, despite not being authorized to do so—or the army not being allowed to recruit on popular online platforms like TikTok.

Neil Young asked to remove his music from Spotify in protest of the platform not taking down Joe Rogan’s podcast after spreading COVID-19 misinformation.

(Some) Travis Scott fans reportedly want the artist to perform at next year’s Coachella as a “make-good” event…even though Scott has pulled out of multiple festivals following the Astroworld tragedy.

Ivory Aquino has joined the cast of Batgirl where she will play Alysia Yeoh, DC Films’ first transgender character.

Disney+ ordered a series based on Rick Riordan’s Percy Jackson and the Olympians.

JoJo Siwa is celebrating her one-year anniversary of coming out.

HBO Max’s Peacemaker was the most in-demand streaming series in the world as of January 22—Parrot Analytics notes it was 69.5 times more in demand than the average series.

Live Nation added two more dates to the upcoming When We Were Young festival after the first one sold out immediately last Friday.

The Peloton diaries continue: another TV character was seen suffering a heart attack while riding despite the brand not knowing it would be featured