How Young People Are Getting More Sober-Curious, In 2 Charts 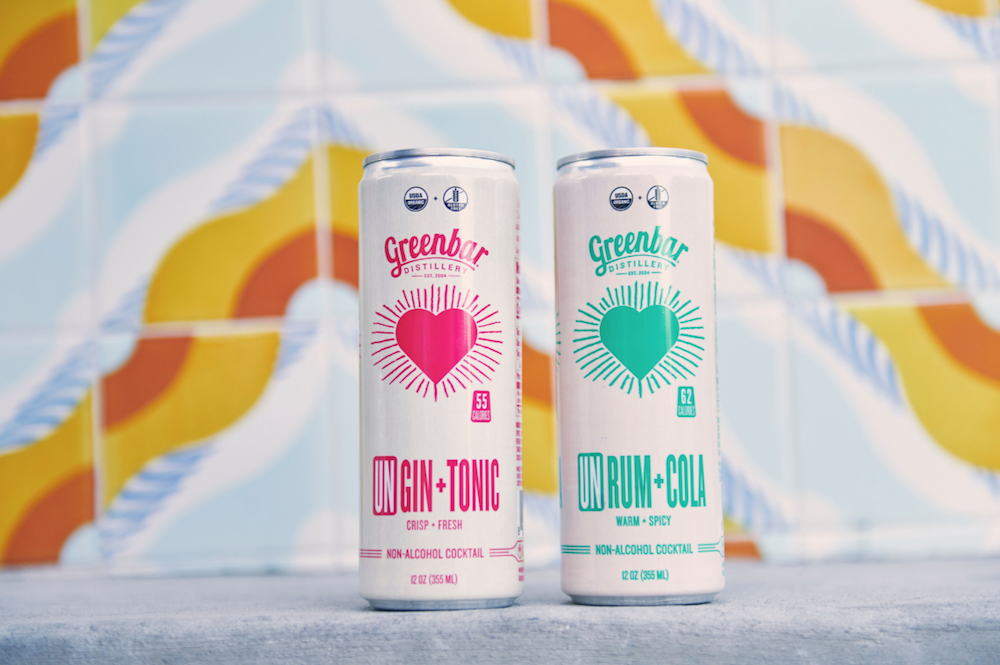 We took a look at how young people’s drinking has shifted over the past two years, and whether their sober-curiosity is continuing…

There’s no doubt the pandemic changed Millennials’ drinking habits, but as we enter another year of COVID, what does their imbibing look like? We documented how drinking surged at the start of the pandemic as Millennials turned to it as a coping mechanism, which was an especially stark contrast to their habits pre-COVID, when young consumers were drinking less in comparison to previous generations. The pandemic certainly disrupted the Sobriety Shift trend, but our year-on-year behavioral data shows that after a temporary setback, even during the last two years young people’s sober curiosity has continued: YPulse’s recent nightlife and drinking behavioral report asked 21+ young people “How often do you drink alcohol?” and we compared it to the last few years to see how much has changed: 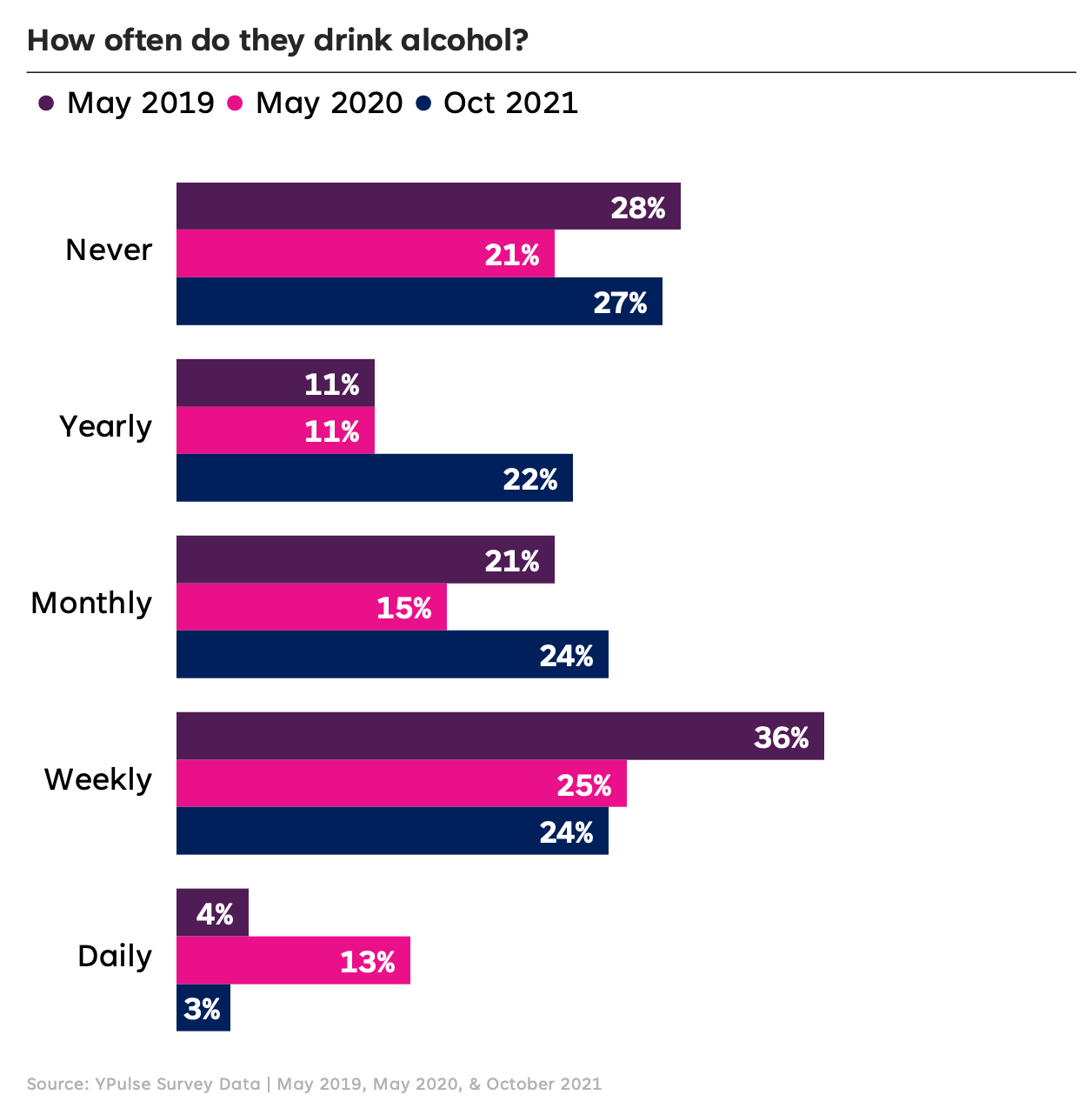 We told you that drinking spiked at the start of the pandemic as Millennials sought coping mechanisms in unprecedented times. In fact, a Nielson survey found that alcohol sales rose 54% in early March 2020 while online alcohol sales got a 339% boost, according to market intelligence firm Winsight. YPulse’s behavioral data found that the number of young consumers drinking every day jumped from 4% in 2019 to 13% in 2020. But since then, young consumers have been reeling it back in, with only 3% telling us they drink alcohol every day. Now, daily drinking numbers are below pre-pandemic levels, signaling a return to their usual health priorities. Our research also found that 20% of Millennials say they were worried about the amount of alcohol they were drinking during lockdowns compared to 15% in 2020, while 43% say they make a conscious effort to limit how much alcohol they drink compared to 38% in 2020.

But that’s not the only evidence that their interest in alcohol-free living has increased. We also asked Millennials if they plan to participate in Dry January and compared 2022 to their responses from previous years: 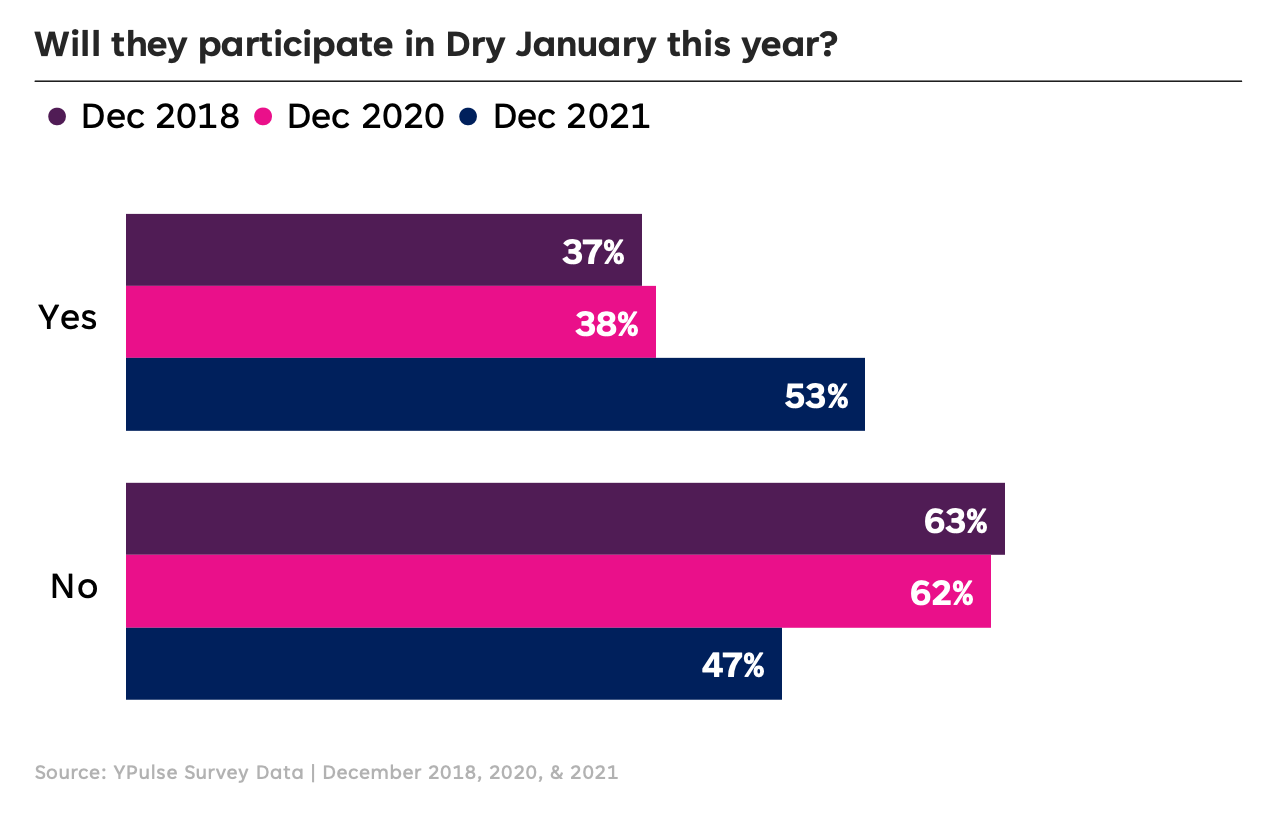 The number of Millennials who say they are participating in Dry January has increased since 2017, with more than half (53%) saying they plan to participate this year, proving that the sobriety shift is taking a hold of young drinkers again—and it’s catching on globally. We told you that a sobriety shift is also happening in Western Europe. According to data from British nonprofit Alcohol Change U.K., a record 7.9 million people—or 20% of the U.K.’s population that is of drinking age—say they plan on abstaining from drinking for the month of January this year, up from 6.5 million in 2021.

Experts predicted that “buzz-less spirits” and non-alcoholic drinks will (continue to) be big—and many brands have even already started coming up with unique ways to reach sober-curious young consumers all over the world, especially as Dry January 2022 kicks off. IWSR Drinks Market Analysis reports that the category is expected to expand 35% by 2023. At Whole Foods Markets, it had record growth in 2021, which includes Greenbar Distillery’s lavender non-alcoholic bitters and soda, Ritual’s zero-proof whiskey, and Ghia. Heineken recently released their first alcohol-free draught beer on a mass scale in the U.K., while Corona launched Sunbrew, an alcohol-free beer blended with Vitamin D. Sunbrew follows the brand’s existing alcohol-free beer, Corona Zero. Meanwhile, NielsenIQ reported that nonalcoholic beverages have been increasing at retail locations, and in February of last year, sales for nonalcoholic beer and wine increased more than 30%. Etsy even saw a 200% increase in searches for “sober or dry gifts” from December through February compared to the same time in 2020. Now, a wave of new shops dedicated to zero-proof cocktails and booze-free batched cocktails are emerging: Open Road is a Pittsburgh bottle shop dedicated to selling bottles of wine, beer, batched cocktails, spirits, and aperitifs that are .5% ABV or lower; Sipple is a Houston-based shop that started as an ecommerce site and recently opened its first in-person store near Rice University to push the nonalcoholic beverage category to young consumers; and Minus Moonshine is a nonalcoholic bottle shop in Brooklyn aimed at cultivating an inclusive space for people of all backgrounds to congregate.