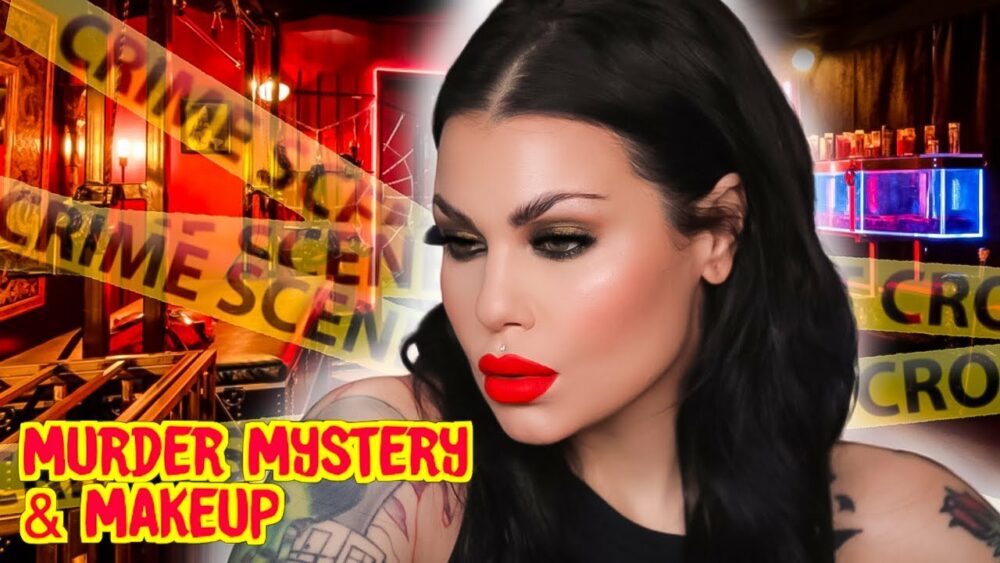 We asked Gen Z and Millennials what their favorite podcasts are, and their responses show the range of their listening interests…

For years, we’ve been telling you that young listeners are fueling the podcast economy. YPulse’s recent TV and Entertainment report found that 64% of 13-39-year-olds listen to podcasts. According to a Grand View Research study, the podcast industry is likely to reach $605 billion in 2027, while a Statista study shows that the amount of monthly podcast listeners in the U.S. is expected to grow from the calculated 75 million listeners in 2020 to about 100 million listeners by 2024.

Spotify recently revealed that podcasts gained momentum across age groups last year, and the number of 15-44-year-olds who turned to podcasts on the platform grew by 34% year-on-year, which was “largely in part to an influx of audience segments like moms, dads, and new parents.” The streaming giant has actually been one of the companies that has heavily invested in the podcast space, with their acquisitions of brands like Anchor, Gimlet, Betty Labs, and Whooshkaain in recent years to become listeners’ go-to app for not only music, but podcasts as well. Brands like the NBA, HBO Max, Nickelodeon, and Warner Bros. have also been making moves to launch their own podcasts to join the fast growing billion dollar industry.

When we asked 13-39-year-olds what their favorite podcast to listen to, many responded with well-known podcasts that have garnered millions of listeners, like The Joe Rogan Experience, Impaulsive with Logan Paul, Crime Junkies, My Favorite Murder, and Dax Shepard’s Armchair Expert. But out of over 800 responses in our behavioral survey, there were plenty of newer podcasts that young listeners listed as their favorite. Here are just some of them to show the range and diversity of the podcasts that Gen Z and Millennials are tuning into: 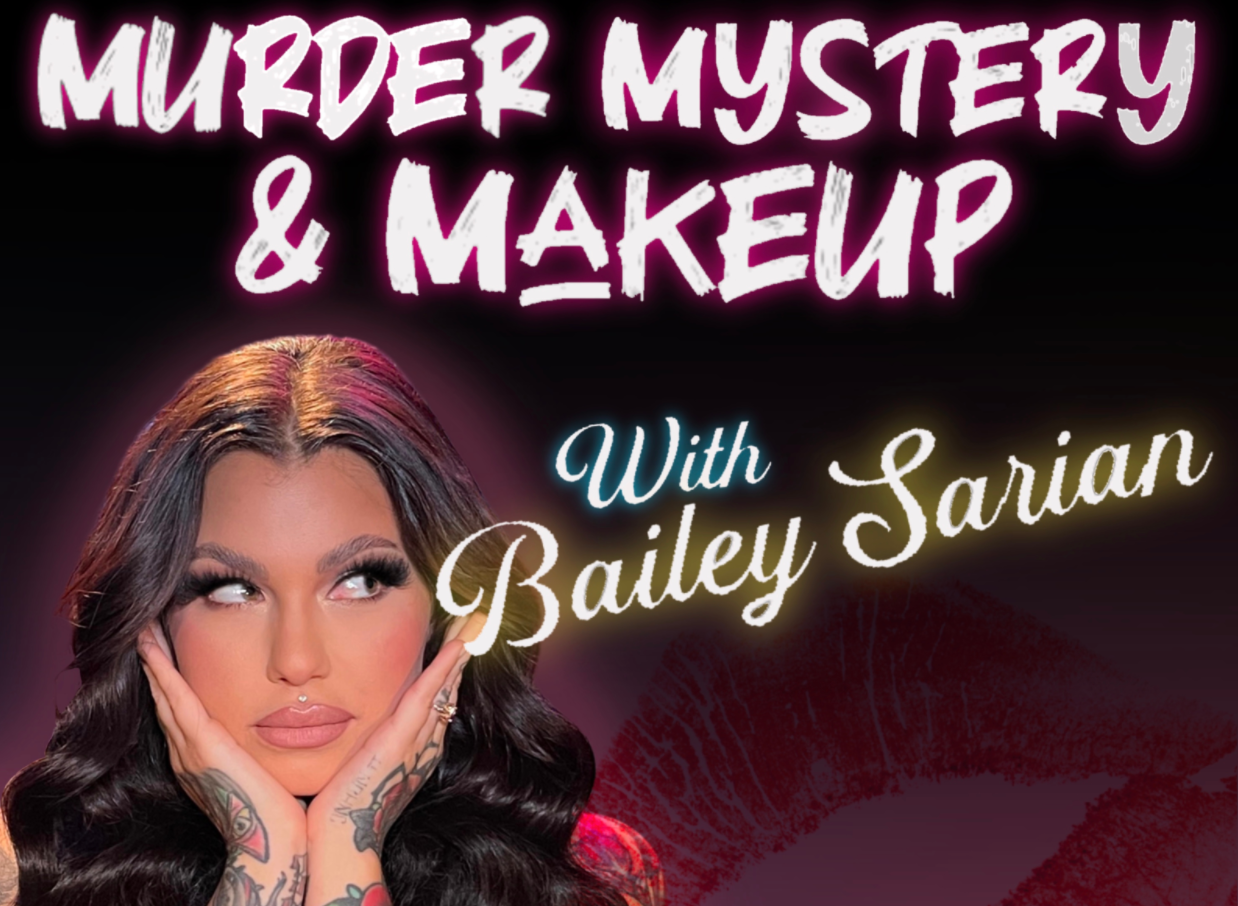 Murder, Mystery & Makeup
We told you that Bailey Sarian was an online creator to know about, and a recent Acast and Nielsen survey found that nearly 40% of listeners in the U.S. say they want podcasts from YouTubers and influencers, and clearly, they’re turning to more of them for their listening pleasure. While Sarian is known for her makeup tutorials while simultaneously discussing true crime on her YouTube channel (which has nearly 6 million subscribers), she turned some of her most popular segments into podcasts late last year. Older and ultra-popular podcasts like Crime Junkies features two hosts discussing notorious murders and well-known crimes in history, while My Favorite Murder interviews celebrities like Phoebe Bridgers and Wanda Skyes, Sarian’s videos and podcasts have always focused on “lesser-known crimes” and speaking with the victim’s parents, friends, and investigators to center the victim’s story. What makes her content stand out is how she blends talking about true crime and discussing some of her favorite beauty brands and products. Meanwhile, she also recently turned her segment “Dark History” into a podcast, which some respondents’ listed as one they listen to as well, and explores some of the more “darker” moments of history, including the Radium Girls (and how working in a factory exposed them to deadly radioactive chemicals) and how the Bubonic plague in San Francisco from the ‘90s was one of the first epidemics in the U.S. YPulse research found that true crime is an entertainment genre that increased among young consumers last year. And it’s clear with the number of true crime podcasts that young people tell us they’re listening to that their obsession is only going to keep fueling the demand. 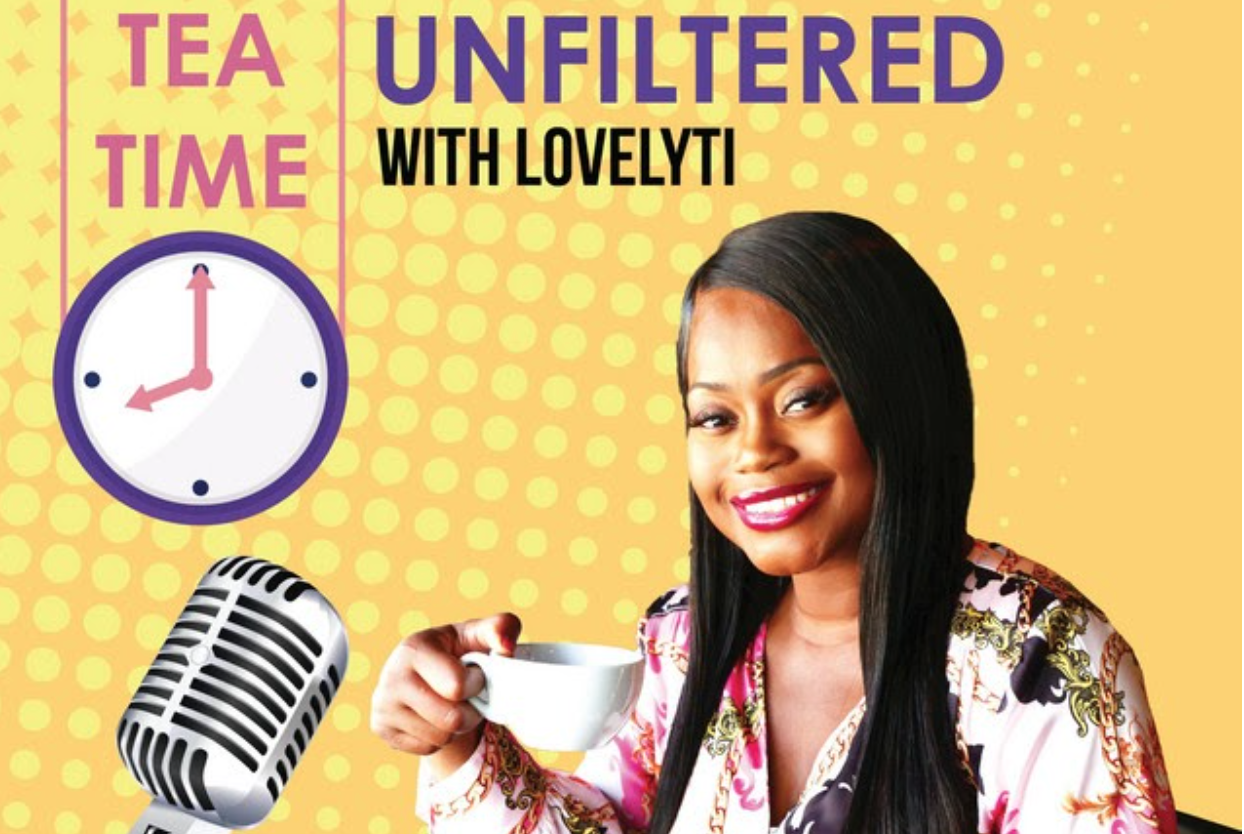 Tea Time UNFILTERED With Lovelyti
Started at the beginning of 2020 and hosted by vlogger Lovelyti, the weekly podcast “spills the tea” on everything from hip-hop to pop culture to the latest trending and viral moments on social media, where she has candid conversations, particularly ones concerning young people. Her most recent episode last month covered how TikTok’s National School Shooting Day prompted schools in the U.S. to increase their security, while another episode broke down how Gen Z-favorite artist Billie Eilish recently slammed the porn industry for its effects on young people’s mental health. YPulse’s Pop Culture Redefined trend report found that more than half of 13-39-year-olds say they pay attention to pop culture events, while 62% say brands should comment on viral pop culture events to stay relevant with their generation, and this podcast is doing just that. Our social media monitor research found that one in five of young consumers follow celebrity gossip / tea accounts, and we told you about some of the ones they’ve been following, from The Shade Room to Tea Spill, and of course, newer accounts like Deuxmoi. That interest is clearly spilling (sorry) into podcasts as well.

Baby Mamas No Drama with Kail Lowry & Vee Rivera
Launched in late 2020, the Baby Mamas No Drama podcast was started by Vee Rivera and influencer and Teen Mom 2 star, Kail Lowry. While the two initially had some bad blood between them (Lowry is the ex-girlfriend of Rivera’s current husband), they came together to start a podcast that covers the topics from mental health to sex to parenting. The latter is one of their most popular topics, and the two have discussed everything from co-parenting, parallel parenting, how they teach their kids to be more resilient, and how to handle awkward playdates with other kids and families. Our research found that 72% of Millennial parents listen to podcasts, and Spotify reported that the total time spent listening to podcasts by moms, dads, and new parents grew by 83%. Clearly, the podcast’s topics are resonating with young parents, especially from other parents who are honest about parenting. Our Millennial Parenting report actually found that the majority (89%) of parents like when people are honest about how hard it is to be a parent. 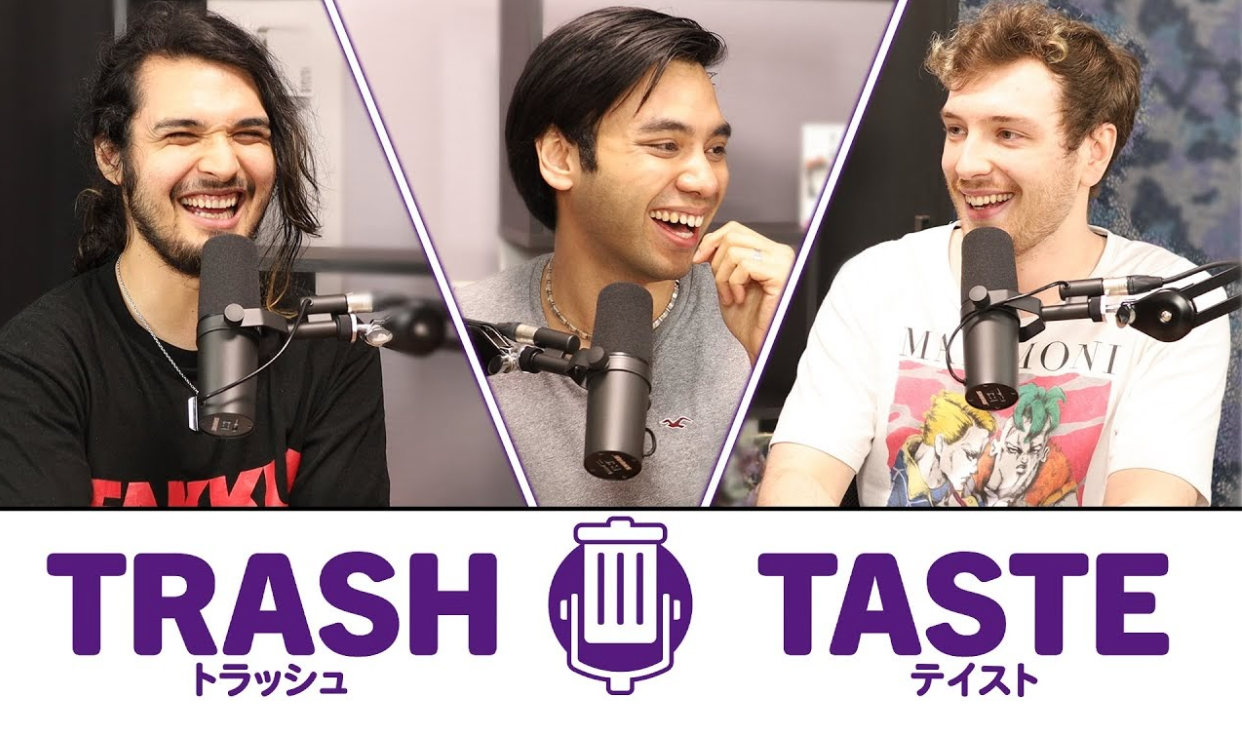 Trash Taste
The last two years showed just how popular anime is among Gen Z and Millennial, as shows including Avatar: The Last Airbender saw a resurgence in popularity on Netflix and anime-like filters trended on apps like Snapchat and TikTok. Trash Taste is an audio and video podcast hosted by YouTubers Joey from The Anime Man, Garnt Maneetapho (a.k.a Gigguk), and Connor from Cdawgva that explores anime, manga, and “otaku culture,” with the occasional special guest. Launched in 2020 by GeeXPlus, a subsidiary of Japanese ebook store BookWalker, the three YouTubers moved to Japan to have more access to Japanese culture and to promote their products on their channels. On the podcast, the three explore everything from adjusting to life in Japan, their favorite anime and game shows, and even their favorite Japanese food. For years, YPulse has been tracking young people’s appetite for international content, and this podcast is a way for young listeners to learn more about Japan from hosts who are also learning about the culture themselves. 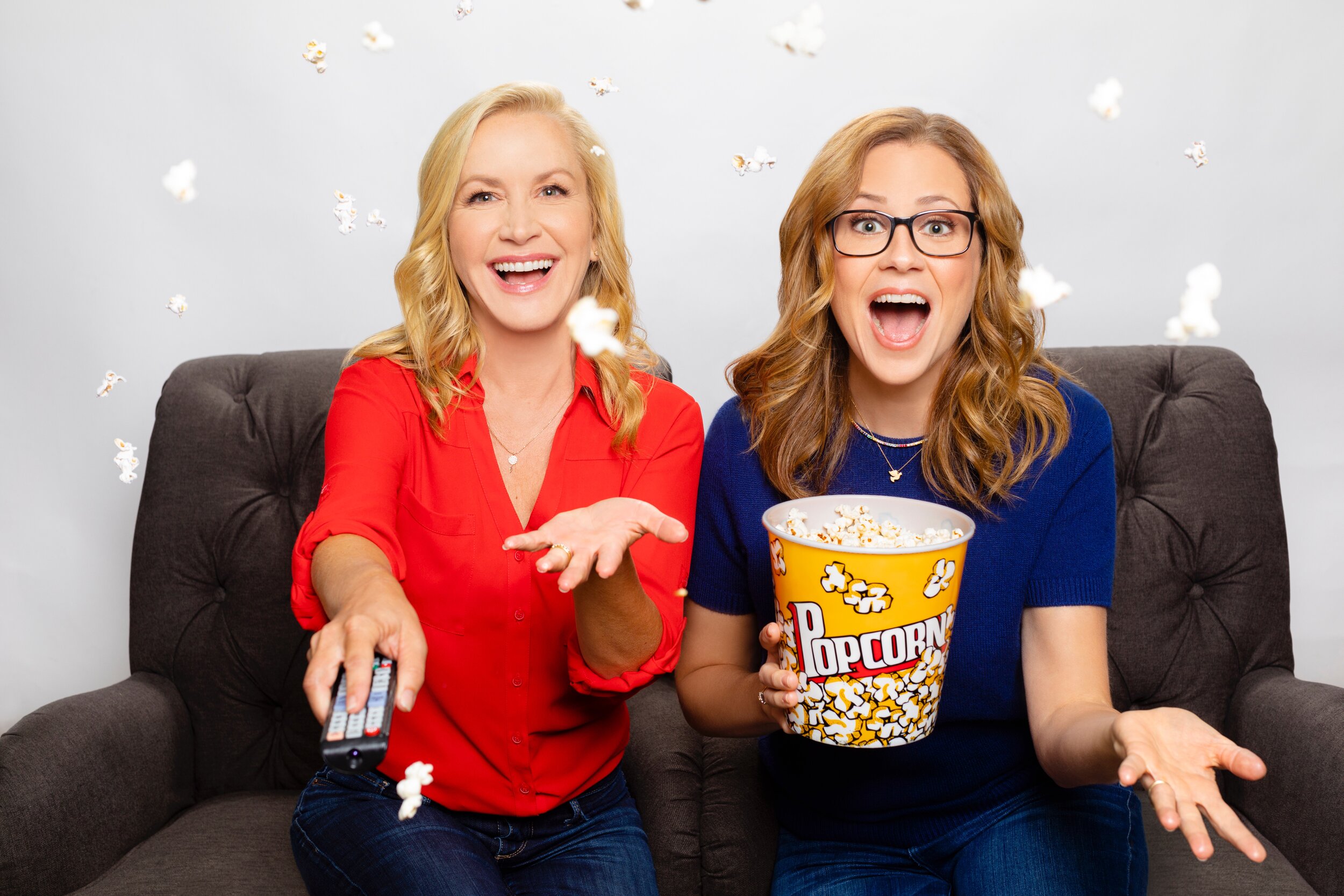 Office Ladies
The Office has a special place in Gen Z and Millennials’ hearts. With an already massive fan base, the show is constantly making their rankings of favorite shows of all-time, and it has become their comfort show that they turn to during difficult times. And in late 2019, Jenna Fischer and Angela Kinsey (a.k.a Pam and Angela on the show) launched their own podcast as a gift to their many adoring fans. In Office Ladies, the two co-stars and close friends rewatch the show’s episodes, while discussing some of it’s most pivotal moments as well as behind-the-scenes secrets. The podcast has also featured special guests including original cast members like John Krasinski, Rainn Wilson, Mindy Kaling, and Rashida Jones. Office Ladies is already joining a long list of podcasts that recap some of the most popular TV shows from the last decade, from Gilmore Guys to The Darkest Timeline (hosted by Community’s Joel McHale and Ken Jeong)—and Gen Z and Millennial listeners are happy to indulge their nostalgia and fandom by experiencing their favorite series in yet another way.