Yes, The Sobriety Shift is Happening in Western Europe, Too 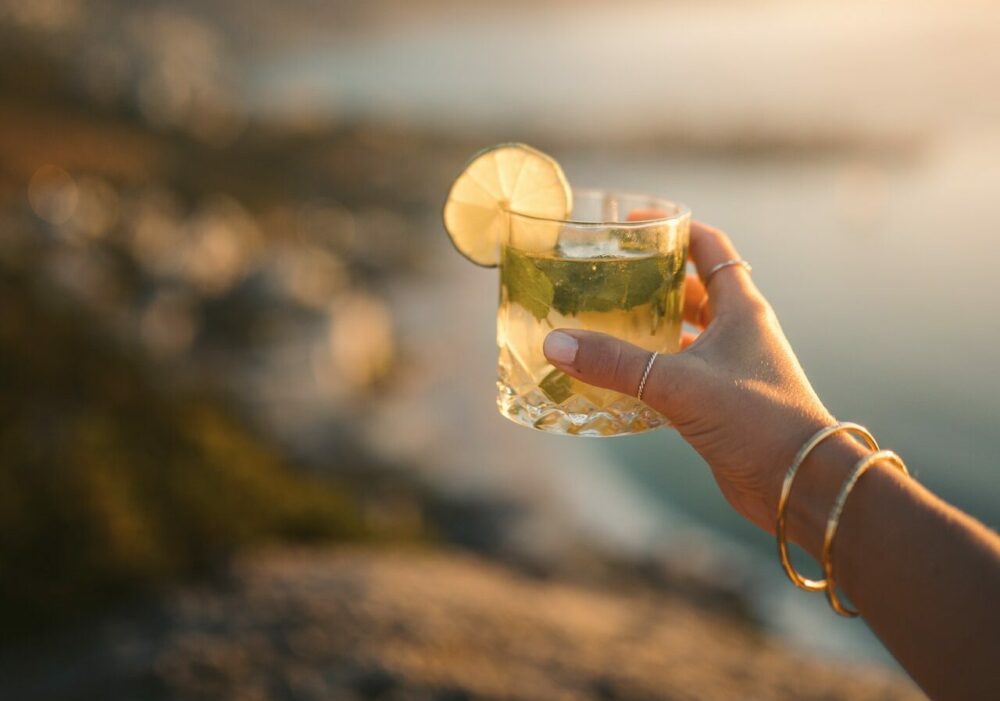 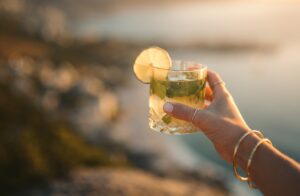 YPulse has been tracking the Sobriety Shift for a while now. Here’s what it looks like in Western Europe…

In 2019, YPulse’s Sobriety Shift trend report explored how “sober-curiosity” was rising among Millennials in the U.S., prompting many to cut back on drinking and leading to the proliferation of Dry January, the yearly ritual of abstaining from alcohol for the month to start the year off right and counteract the holidays’ overindulgence. And while YPulse research found that drinking did see a spike at the start of the pandemic as young consumers sought ways to cope with the stress and boredom of the first wave of lockdowns, we’ve since seen that the Sobriety Shift is back and stronger than ever—and is happening Western Europe, too. Our recent WE drinking and nightlife survey found that more than one in 10 of young consumers 18+ in the U.K., France, Germany, Italy, and Spain say they were worried about how much they were drinking during the pandemic, and the vast majority say it’s not cool to drink too much. Now, as Dry January 2022 kicks off, here are three stats that show how young Europeans are putting down the bottle and making sure they stay cool: 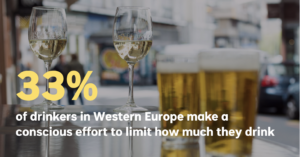 One-third of young European drinkers make a conscious effort to limit how much they drink. 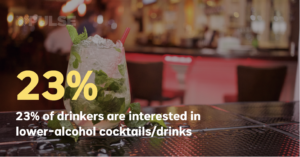 Nearly a quarter are interested in drinking lower-alcohol drinks.

While cutting back on drinking may be at least partially about abstaining from alcohol altogether, for some, it’s also about finding tasty replacements that pack less of a boozy punch: 23% of young European drinkers say they’re interested in drinking lower-alcohol drinks/cocktails, a trend that brands have successfully jumped on board with. The U.K.’s Beavertown Brewery, for instance, recently released a line of hard seltzers. Known as Ghost, the seltzer line offers four flavors and two different strengths—a lower-alcohol option and a higher one—which the brewery says is “the perfect option for those looking to cut back without compromising the flavor.” Heineken, meanwhile, released its first alcohol-free draught beer on a mass scale in the U.K. just in time for Dry January. While interest in alcohol-free beer has grown over the past few years, brewers have struggled to create a non-alcoholic beer that can be served from a keg. But after five years of research, Heineken cracked the code, and its new booze-less beverage will be offered on-tap in pubs across the U.K. Now, sales of low- and no-alcohol drinks are expected to rise by 22% from 2019 to 2024 in the U.K., and the global hard seltzer market is steadily rising alongside it, underscoring the growing market for moderation. 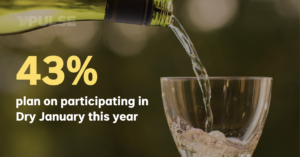 More than two in five plan on participating in Dry January this year.

YPulse’s upcoming future plans survey found that 42% of young Europeans plan to participate in Dry January this year, with even more Brits (45%) and Germans (48%) planning to abstain. In fact, British nonprofit Alcohol Change U.K. found that a record 7.9 million people—or 20% of the U.K.’s drinking aged population—say they plan on abstaining from drinking for the month of January this year, up from 6.5 million in 2021. Our nightlife and drinking data also found that 13% of young Europeans say they’ve given up drinking for a defined period of time in the past 12 months—and their abstention has had an impact on the alcohol industry. Alcohol Change U.K. also found that in January 2021, sales of alcohol-free beer surged 37% in the region while retail sales of alcohol dropped 20%, and the U.K.’s hospitality industry is urging young people to visit the pubs even if they’re not drinking for fear of another month of bad business after a slow holiday season. Meanwhile, YPulse’s research shows that while 12% of Millennials in Western Europe say they’ve abstained from alcohol for a defined period in the past year, 22% of Gen Z say the same. As the younger generation continues to reach drinking age, their general drinking malaise could continue to push the Sobriety Shift into the mainstream.