How Gen Z & Millennials Are Shopping On Their Phones, In 3 Charts

What does mobile shopping look like for young consumers? These three charts break down how often they’re making purchases on their phones and what apps they’re using… 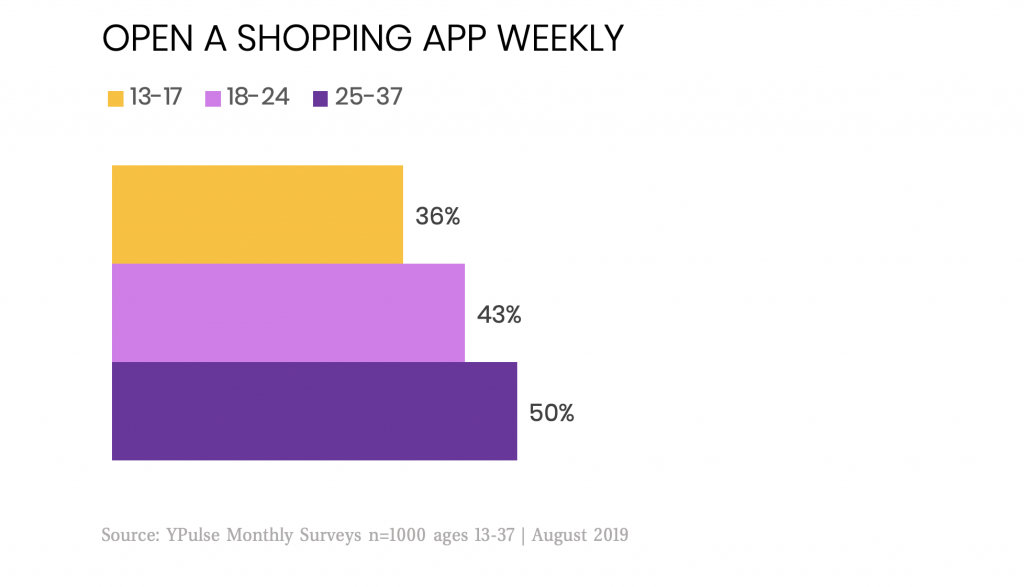 Older Millennials are the most likely to be opening a shopping app every week, with half of 25-37-year-olds reporting that they do so. But over a third of 13-17-year-olds and two in five 18-24-year-olds are opening shopping apps every week as well. Of course, opening a shopping app doesn’t always mean they’re making a purchase. After all, our fashion and shopping survey found that 62% of 13-37-year-olds have shopped for items online and then abandoned theirs cart. That same survey dug a little deeper into how often they’re actually shopping on mobile apps: 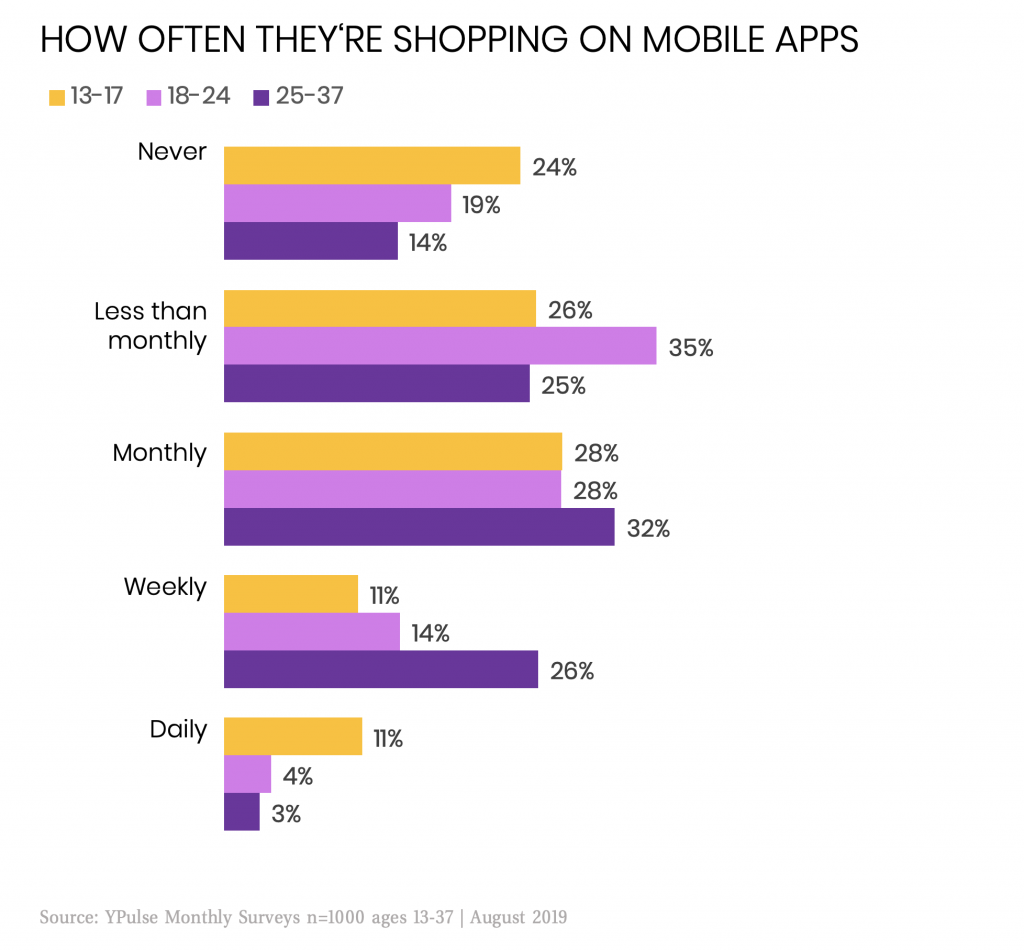 The majority of all groups are shopping on mobile apps in some capacity. Again, older Millennials are leading the charge here, with 86% shopping on mobile apps with some frequency, and a quarter saying they are doing so weekly—not too surprising considering their relative financial stability. Their advanced adulting status also increases their need for convenience, and they’re more likely to be parents, who are more likely than non-parents to shop via mobile apps weekly.

While teens are less likely to be shopping on their phones overall, those who are are more likely to report doing so daily—potentially substantiating the reports that this generation is devoted to shopping on secondhand mobile market places. We explored that area further by asking those who do shop on mobile apps exactly which mobile apps they’re using:

Of the mobile apps we included in this survey, Amazon was by far the most popular, with the majority of 13-37-year-old mobile app shoppers saying they use Amazon’s app—far more than any other retail app listed. Store apps (e.g. Target’s app, Zara’s app) are the second most popular, and eBay comes in third.

When it comes to those newer secondhand mobile marketplaces, Poshmark is the most popular, with 15% of young mobile app shoppers reporting they use the app, and 18-24-year-olds drive that use. Recode reports that Poshmark has climbed the app store charts to become the second most-popular shopping app, with more than 40 million users. Though our data shows that each individual shopping app is being used by a relatively small number of young mobile shoppers, collectively they are drawing millions upon millions of Gen Z and Millennial users—and their popularity is potentially impacting the sales of more traditional retailers.

North America
Young People Are Saying Goodbye to the iPod on The Viral List
TL;DR: RIP, iPod—Apple is going to discontinue making the devices after ne...
North America
How P&G Is Supporting Gen Z Women in STEM
The entrepreneurial arm of this consumer goods brand teamed up with Her Campus Medi...
North America
5 Brands That Were Made for Gen Z, From Their Maximalist Packaging to Inclusive Values
As Gen Z becomes the target demographic of an increasing number of industries, bran...