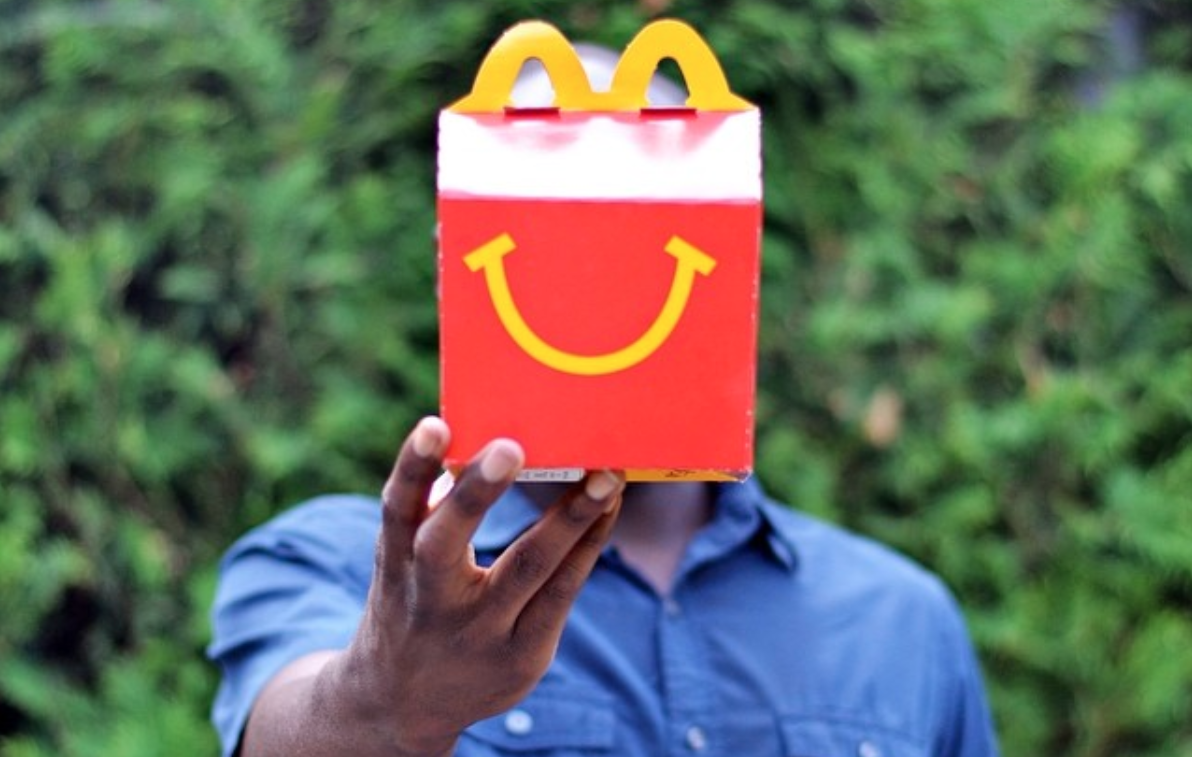 Kids want McDonald’s and Burger King to get rid of their plastic toys, the internet is demanding equal pay for female players following the Women’s World Cup, a gross internet trend is sending grocery stores into a panic, and more—all in this week’s viral roundup… 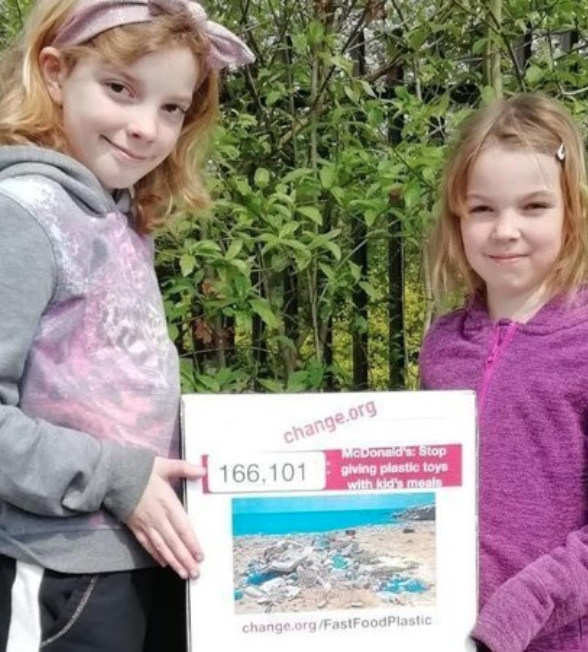 A seven and nine-year-old started a petition this week that no one would expect from the average kid: they asked McDonald’s and Burger King to stop giving out plastic toys, explaining that, “We like to go to eat at Burger King and McDonald’s, but children only play with the plastic toys they give us for a few minutes before they get thrown away and harm animals and pollute the sea.” Caring more about pollution than playtime, CNBC reports the two started a Change.org petition calling for a ban on plastic toys by the brands and it’s racked up over 382,000 signatures as of this writing, spurred on by their appearance on BBC’s War On Plastic. Their goal? 500,000 and a commitment from the brands to ditch the toys. Their zero-waste pleas have already been heard. McDonald’s issued a statement, saying that they’re looking into “more sustainable” toys and plan to test out non-plastic toys in the U.K. 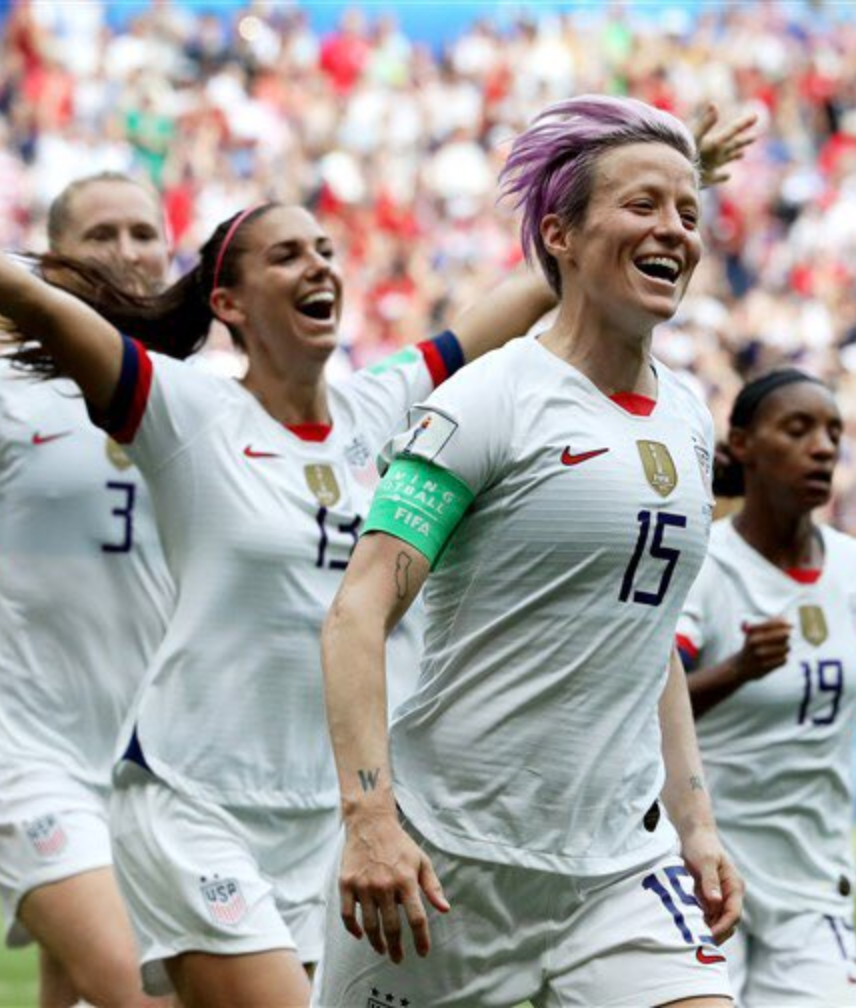 2. Everyone’s Cashing In On The Women’s World Cup—Except The Actual Players

The Women’s World Cup went viral this week, as the U.S. team not only took home the victory but their game out-earned the men’s team, reports the Wall Street Journal. And while social media celebrated, they also made a demand: as Jessica Chastain so succinctly puts it, “PAY THEM”. Numerous celebrities and politicians joined in to ask why, in 2019, the female players still aren’t earning equal to their male counterparts—including Alexandria Ocasio-Cortez to the tune of 126,000 likes, Elizabeth Banks, Mandy Moore, and a laundry list of others—as documented by Refinery29. Nike is cashing in on the fan enthusiasm by making jerseys for both men and women that rep the women’s team, and Business Insider reports that the brand sold more women’s team jerseys than they’ve sold of any other jersey—ever. 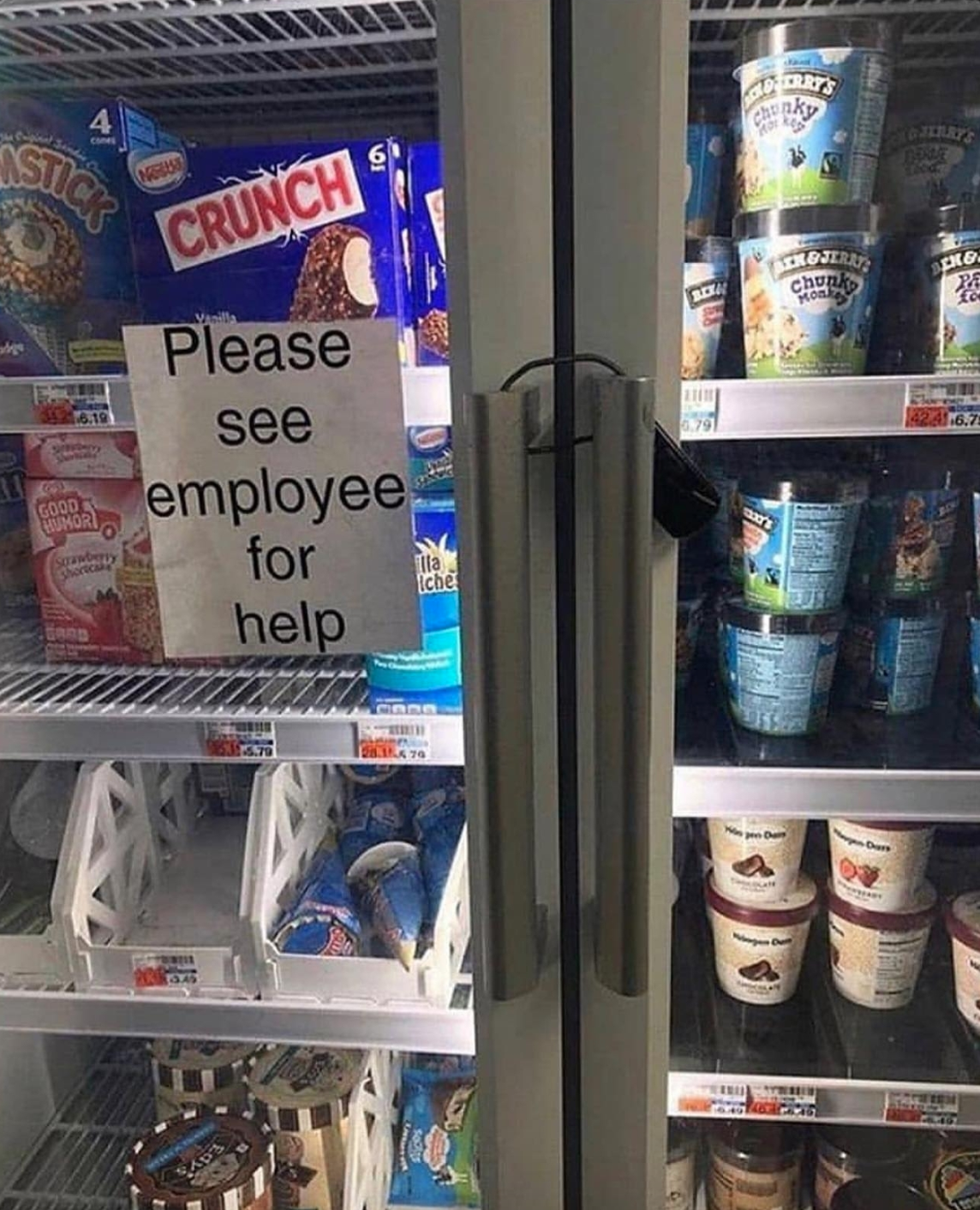 3. People Are Licking Ice Cream, And Putting The Carton Back

Last week, the #IceCreamChallenge went viral when a woman in a now-deleted video took a carton of Blue Bell ice cream out of her local Walmart’s freezer, opened it, licked the ice cream inside, and put it back for an unwitting future customer to purchase. Walmart responded, “This type of incident will not be tolerated” and worked with law enforcement to track the teen culprit down. But that hasn’t stopped copycats, reports Vice—leading some stores to lock up their ice cream in a move reminiscent of their reaction to the Tide Pod challenge. Several people have been arrested for recreating the viral moment, reports the New York Times. And considering more young consumers have been pushing brands to reduce plastic, not to add more, solving this packaging issue could be trickier than it might seem. 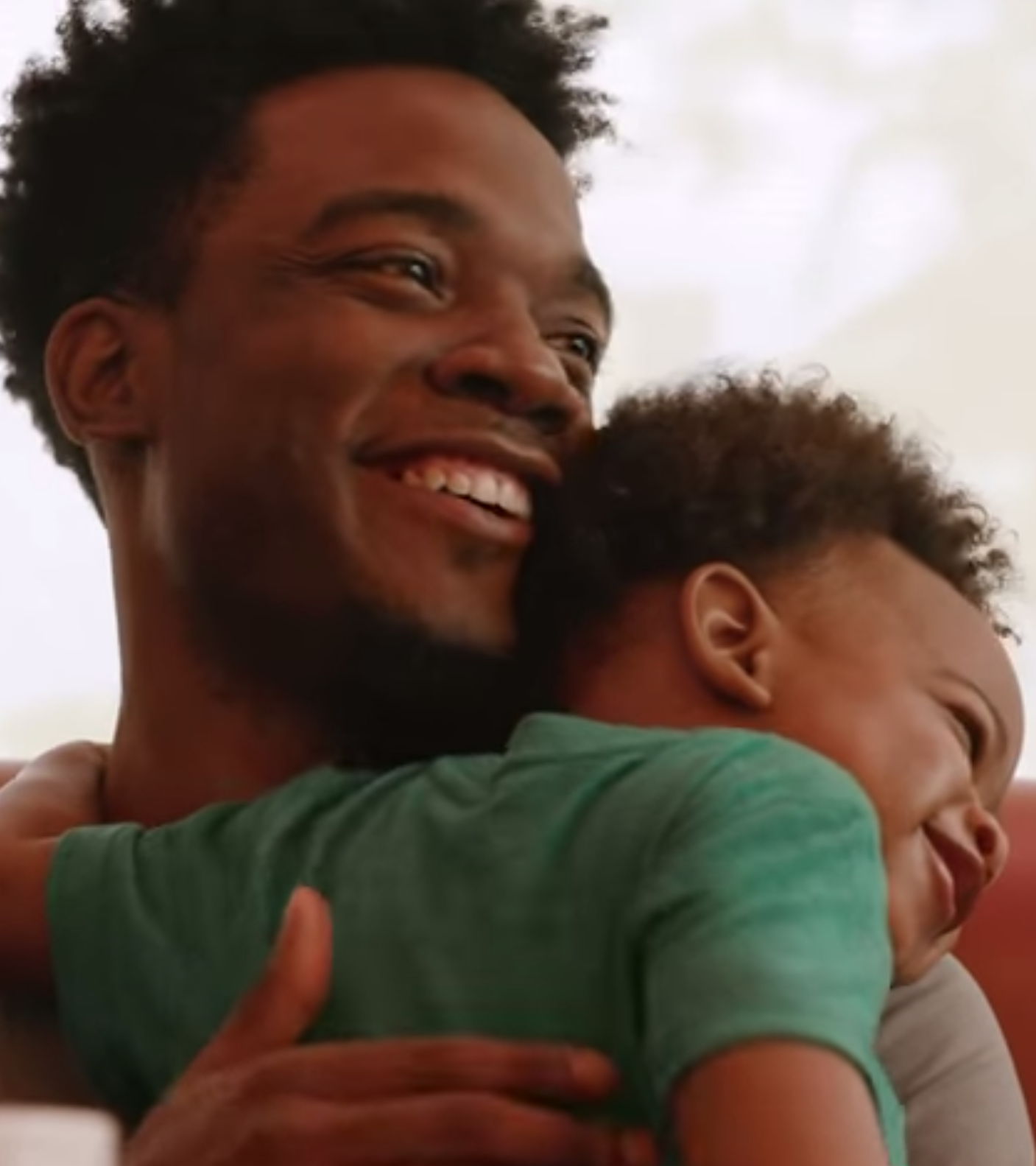 Last month, a video of a father and son’s conversation—even though the son isn’t exactly saying anything—went mega-viral, clocking in over 60 million views on the original Facebook post alone. Denny’s was quick to direct message the father via Instagram to create a Father’s Day commercial that captured come of the original video’s magic—enough so that it went viral with minimal ad dollars put behind it, reports PR Week. According to the chain, the spot brought in 11.7 million views on Facebook and 1.6 million on Twitter—racking up tons of positive engagement to boot. It was also covered as widely as non-branded viral content often is, landing 530 placements, among them publications like USA Today and CNN. 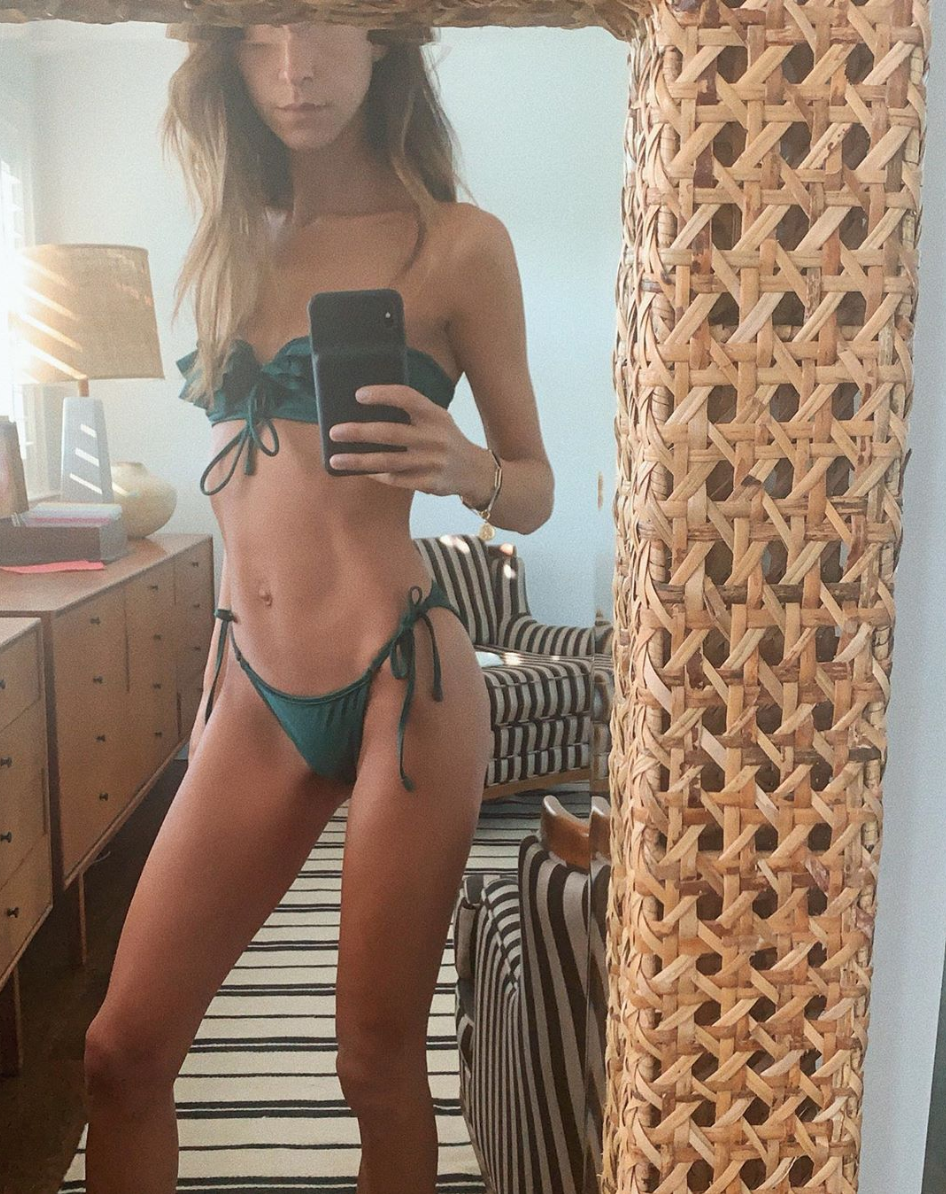 A bikini pic fueled a fued over body positivity, #DumpStarbucks gained traction on Twitter, this is the one where Friends leaves Netflix, the Mulan live-action trailer will make a fan out of you, and a tie-dye Frappuccino is a trendy nightmare for baristas.