Why Are Millennials Drinking Less—and What Does It Mean For Brands? 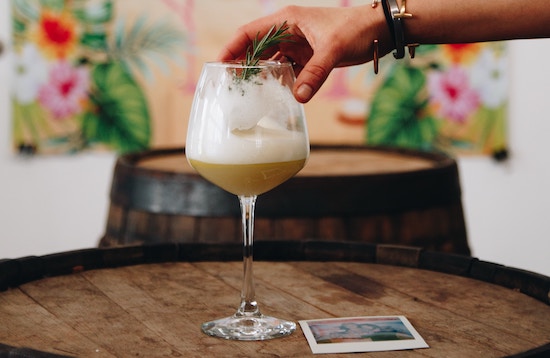 Drinking less is trending among young consumers. But why are they making moderation a growing movement, and what does it mean?

A moderation trend has been taking hold among young consumers, who are increasingly laying off booze. Take Dry January. A full 37% of 21-36-year-olds told us that they planned to participate in Dry January this year, an increase from 24% who planned to participate in 2018. Dry January, for the uninitiated, is the somewhat recent trend of abstaining from alcohol for the month of January to start the year off right, counteract overindulgence during the holidays, or prove that you don’t need to drink. Millennials are likely participating for a variety of reasons, and the trend is growing. Forbes reports that Dry January is genuinely impacting alcohol sales—with alcohol delivery app Drizly saying that their “data clearly pointed to Dry January being a genuine event,” with Millennials more likely to participate than older generations.

But Dry January is only one indication of Millennials’ moderation. Overall, the generation is reported to be drinking less than previous generations. In our nightlife and drinking survey, 16% of 21-36-year-olds told YPulse that they never drink alcoholic beverages, and 35% say they drink them less than weekly—that’s a full half of young consumers who are either drinking moderately or not at all. So what’s going on? Just as there are likely a variety of reasons that young consumers are participating in Dry January, there are many factors at play contributing to this Millennial moderation trend. A change in perception is one: 82% tell us that it’s not cool to drink too much, and even among those who do drink, 34% say they are trying to drink less. Drinking is just not as glamourous as it used to be—and food has become an important status symbol for the generation, perhaps usurping cocktails’ position in social settings. In fact, when we ask Millennials what they look for in a good place to go out, 71% say good food, versus just 16% who say well-made drinks—and restaurants beat out night clubs in their ranking of places they most like to go have fun/hang out.

According to Eventbrite, Millennials in the U.K. are also more into food than booze. They surveyed 21-37-year-olds who had attended an event in the last year, and found that festival culture isn’t about “getting wasted” anymore. Seven in ten said they’d rather drink slowly than “go wild,” while 18% stay sober when they attend events, and only 11% ever drank enough to pass out after a night out. In 2017, hundreds of U.K. Millennials attended the country’s first mindful drinking festival, where like-minded people sipped on alcohol-free cocktails, wines, beers, ciders, and more. “Mindful drinking” has been moving into the mainstream, starting with the success of Alcohol Concern’s Dry January campaign in 2013. Temperance organizations have been popping up ever since, including Club Soda, who hosted the event.

But while food has taken booze’s place as a status symbol, there are other reasons that young consumers are saying no to over-indulging. Their desire for control is probably one—with so many events in the world making them feel powerless, Millennials are attempting to exert control over more of their personal lives, spaces, and their bodies. (See: the recent trends in purging belongings, intensification of wellness routines, etc.) We’ll be exploring this further in an upcoming trend, in which we found that 74% of 21-36-year-olds wish they could have more control over events in their life. Some even theorize that young adults are drinking less alcohol so their nights out aren’t immortalized on social media. A Mintel analyst explains to Business Insider, “Unlike previous cohorts, their nights out are documented through photos, videos, and posts across social media where it is likely to remain for the rest of their lives.”

Wellness is another major contributor to the moderation trend. This is a health-conscious generation, perhaps the most health-conscious to-date, and they have been well-schooled on the dangers of over-indulging. Alcohol is definitely on the more dangerous end of the indulgence scale for this generation—in fact, in our Cannabis Infusion trend, 57% of 21-36-year-olds told YPulse that using marijuana regularly is better for you than drinking alcohol regularly.

So what does all this mean for brands? Well for one thing, AdAge writes that “the moderation movement is ‘absolutely impacting beverage alcohol sales,’” as Millennials and “entry-level drinkers” drink less overall. But there is also opportunity, as moderation fuels new trends. Low-alcohol beverages are appealing more and more, and beer makers and big booze brands are diversifying their offerings in response, increasingly offering low-alcohol options. But while some brands are going low-alcohol, no-alcohol drinks are trending in bars, where young consumers are ordering glasses of booze-free concoctions that layer flavors, but leave out the hard stuff. In August 2018, Grub Street announced that the age of the “$15 mocktail is here,” as bars add complex nonalcoholic options to their menus to give young “nondrinkers” more options. The rise of mocktails is a clear indication that Millennials’ moderation is starting to impact businesses. According to Pinterest’s report forecasting trends for 2019, “People are ditching the alcohol and opting for a sober life, turning to Pinterest for motivational quotes and non-alcoholic drink ideas.” They say that searches for “sober living“ on the platform are up 746%. Oh, and “mocktail” made the list of the Merriam-Webster Dictionary’s new entries last year—so you can expect this trend has some staying power.

“Booze-free bars” are also having a moment, thanks to moderate-drinking Millennials. The Wall Street Journal reports that Listen Bar serves up cocktails with upscale ingredients like egg whites and rosewater, but not a drop of alcohol. And they’re not the only one—bars are stepping in with mocktails to offer a social alternative for Millennials who are drinking less, as they seek healthier lifestyles and wind down with alternative substances—like weed and CBD. As we stated above, with alcohol viewed as more damaging than marijuana, the potential for CBD beverages to take a major bite out of the spirits industry is high. It seems that every day there are new reports that another brand is experimenting with CBD—even the creator of Jelly Belly is in on it—and for good reason. If the moderation trend continues, young consumers will be looking for alternatives for stress relief, and CBD is poised to be their anxiety relief of choice.