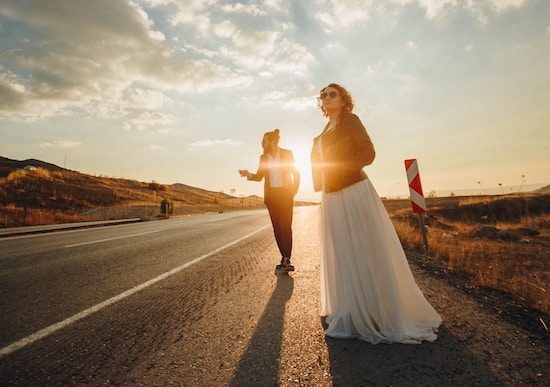 They’re definitely not the norm, but these unexpected wedding trends gaining traction with young couples may surprise you…

The wedding industry is getting Millennialized, with 40% of 18-36-year-olds already married and 41% telling us they’ll be attending a wedding this year. With this generation putting their spending power behind weddings and rethinking traditions, we regularly check in on the nuptial trends they’re starting, from weed weddings to surprise ceremonies. While the wedding trends that Millennials are seeing themselves haven’t changed too much from last year (hashtags, rustic themes, barns, and photobooths are staying popular) we’ve noticed a few more unexpected trends on the rise.

Let’s preface this by saying that many old-school wedding traditions are still going strong. White dresses are stilled donned by many, and our most recent wedding survey found that the majority of 18-36-year-olds say printed invitations, rehearsal dinners, and even having a ceremony at a religious venue are still in style. At times, Millennials are keeping up traditions but putting their own spin on them: Vox reports that young couples are still setting up registries, but using them to let their guests know exactly what to order online or to reach crowdfunding goals that one Zola exec says range from honeymoons to new puppies to “a lifetime supply of avocados.”

But there are also some very untraditional new trends being spotted as well. While you won’t see these at every Millennial wedding you attend, or stalk on social media, they’re becoming common enough that they could soon go from surprising to the norm.

YPulse data shows that 27% of 18-35-year-olds have used a dating app, and those that are making it to matrimony seem to be shirking the stigma that sometimes surrounds online dating. Millennials aren’t afraid to say that they met on a dating app or site—so much so that some are even integrating that fact into their wedding day. Almost four in five Millennials tell us that having a wedding theme is in style, and according to Mashable, Tinder-themed weddings are trending among the generation. From cakes with “It’s A Match” toppers to engagement announcements declaring “Love at first swipe,” many couples that met on dating apps are celebrating their modern love stories. Just check out #TinderWedding on Instagram, which has over 1700 posts, featuring “we swiped right” ring boxes and “It’s a Match” photobooth props. Considering that “fun” and “personal” are the top two things that Millennials want their wedding to be, we guess we shouldn’t be too surprised.

It’s important to note that according to YPulse’s research, 75% of 18-36-year-olds agree that you don’t have to be married to have a family with someone. This generation isn’t afraid to tackle milestones in an untraditional order, with many tossing aside the idea that “first comes love, then comes marriage, then comes a baby…” (you know the rest). In addition, with many Millennials waiting until later in life to get married, some are choosing to start trying to have their families as soon as the wedding date is set—meaning they’re walking down the aisle with a baby on the way. Which brings us to our current trend, which brings another Millennial fad into their wedding days. The wedding gender reveal has been showing up on social media and YouTube, with some couples making their wedding cakes into gender reveal cakes (with a blue or pink interior) and others having gender reveal moments like balloon box openings and colored confetti bombs in the middle of their receptions or ceremonies. It’s definitely not traditional, but the photos don’t lie: wedding gender reveals are becoming a thing.

Elle reports that more brides and grooms “are saying ‘I Juul’” and letting traditional wedding photos go up in smoke—literally. Official wedding photos are being taken with vaping pens in hand, full of happy couples blowing smoke in each other’s faces and entire wedding parties creating vape clouds. Reddit forum r/trashy has been tracking the rise of this trend for a while, and recently some have started posting about it on social media. (The hashtags #weddingvape and #vapewedding are the ones to watch.) But it’s not just pictures getting lit—now, according to Brides, there are “vaping wedding planners and etiquette guides” that make suggestions like, “Decorate your wedding venue with dark backdrops that show off your vapor clouds in stark contrast” and “If you have a favorite flavor of e-liquid, consider choosing a theme based around that flavor to style your wedding.” The New York Post has delightfully called it “the worst wedding trend,” but we doubt that will stop any Millennials passionate enough about vaping that they want it to be memorialized on their big day.

Do you think the following wedding traditions are going out of style or staying in style? 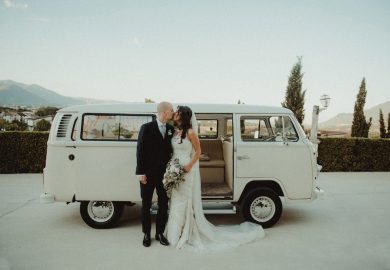 21 Things Millennials Are Seeing At All Their Friends' Weddings 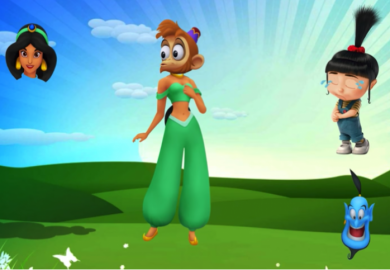