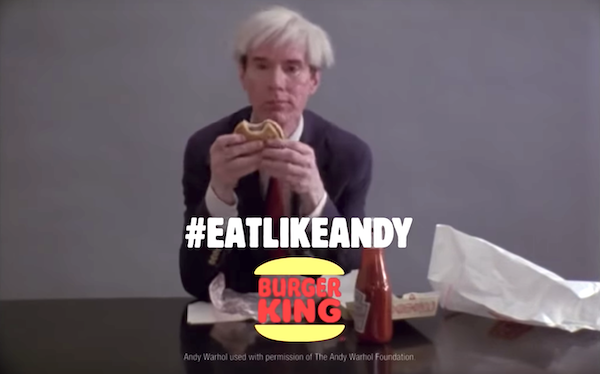 Brands shelled out millions to capture young consumers’ attention during the big game. Did their gambles work? Our youth brand tracker looked at whether Super Bowl commercials can still impact young consumers’ feelings about brands, and figured out the marketing winners and losers…

As usual, brands shelled out big money to be a part of Super Bowl LIII. The game brought in $382 million in advertising, according to Ad Age, with spots selling for a reported average of $5.25 million. The big commercials of the big game were crammed with nostalgia, AI and robots, and, of course, celebrities. But did any of it positively impact how young consumers view the brands who ran ads—or their plans to buy from them? Now that we’re a few weeks past the event, we can tell you whether or not those big ad spends were actually worth it, and if a Super Bowl commercial can still have an effect on Gen Z and Millennials.

YPulse’s continuous brand tracking survey measures the perceptions of 13-39-year-old consumers across 400+ brands and 81,000 interviews annually. For our Brand Tracking Super Bowl LIII report, we zeroed in on the perceptions of 11 brands for two weeks prior to and following the game in order to see how opinions and attitudes among Gen Z and Millennials changed as a result of the advertising that aired. We found that some brands rose to the occasion, garnering increased awareness and enhanced positioning, while others suffered the agony of defeat, spending a great deal of money to simply bring home a loss. Even brands who didn’t air an ad can learn from the results we collected, which tell a story about the kind of marketing that resonates with young consumers and what it takes to get their attention. Today, we’re giving you a glimpse inside that report (available in full to premium subscribers here) with the partial results of one brand covered: Burger King.

The fast food brand’s ad—their first Super Bowl spot in 12 years—was unusual in several ways. For one, Burger King chose to buck the recent marketing status quo and by not releasing the ad in advance of the game. However, a teaser was released, showing the King meticulously preparing a table set with an empty chair and a mic—building up the mystery of the spot, and who might sit in that chair during the game. The teaser (and the brands’ social media feeds) offered another clue as to the spot’s content: viewers could enter a code for a DoorDash “Mystery Box” if they spent more than $10 on their Burger King order. Recipients were asked to hold on to their box until the game, when the purpose of the contents (which turned out to be a white wig, ketchup bottle, and vintage-looking Whopper bag) would become clear. The 6,000 boxes sold out in just 48 hours.

And then came game time. In the fourth quarter, the commercial “Eat Like Andy” aired, showing 45 seconds of vintage footage of Andy Warhol eating a Whopper. As if that wasn’t avant-garde enough, the commercial was nearly silent, with just the ambient sounds of Warhol eating his burger, an intentional move meant to “disrupt the clutter.” The ad was, as the brand admitted themselves, controversial—with some confused as to who Andy Warhol was, and others wondering why the brand took such an unusual approach in an incredibly expensive commercial. Some measurements of Super Bowl ad success panned the spot: According to Ad Age, it was the lowest scoring ad in the USA Today Ad Meter, and performed poorly on Ace Metrix scores (except for “Eerie” and “WTF”). But are those results indicative of how young consumers perceived the campaign? According to our numbers, not at all: 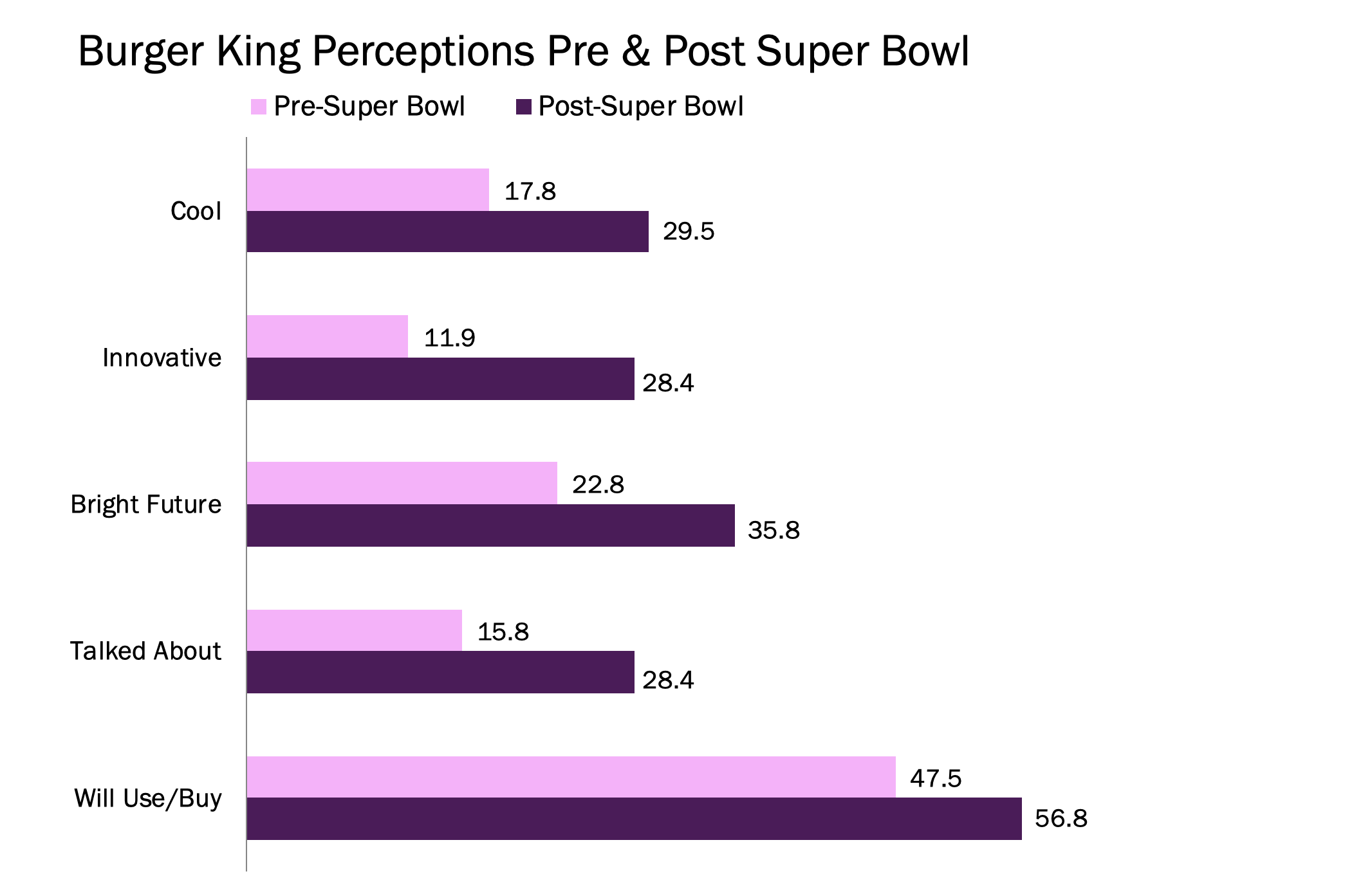 According to Burger King’s Global Chief Marketing Officer Fernando Machado, “The main objective of this campaign was to move brand attributes.” After looking at YPulse’s brand tracker results, we can say: mission accomplished. Burger King’s scores increased on several impressive metrics, including “cool,” “innovative,” “bright future,” and “talked about,” all of which increased more than 10 points post-Super Bowl.

Machado explained that the ad “spark[ed] a heated debate in social media and generat[ed] massive engagement with the campaign. Burger King and Warhol dominated the search space, with searches for our brand on Google being significantly higher than all other brands, including Bud Light and Pepsi.” It also generated the most organic chatter on Twitter of any Super Bowl ad this year. That explains that “talked about” brand tracker score boost. YPulse found that other brands with high-budget, celebrity or action-packed commercials didn’t see the same score increases as Burger King’s unexpected approach.

The brand’s largest increase was on their “innovative” score, which shot up over 16 points, showing that the unique ad gave them the results they were looking for, and piqued young consumers’ interest. Building anticipation with the DoorDash Mystery Boxes and not releasing the ad in advance of the game—as so many brands now do—might have also helped the spikes we see here. It’s far easier to become a brand that people talk about and to be seen as innovative when you’re doing the opposite of what most brands are doing. The risks taken made “Eat Like Andy” arguably one of the more successful spots of the game.