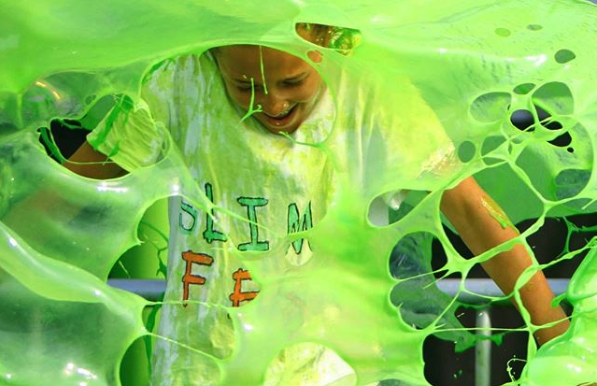 Experiencification emerged as a marketing trend to get notoriously ad-averse generations to engage with brands in a way that they’d actually want to—there’s no “skip” button on real life experiences. Letting customers loiter in-store and at creative activations has quickly become a popular tactic for building future sales leads and racking up social media impressions in the process. Retail Dive reports that the Nintendo Store lets people play games, while visitors to Lululemon meditate instead of buying leggings, and Nike patrons are encouraged to put on a pair of new shoes and play basketball on their indoor court—no pressure to check out. Now, brands are going beyond the spur-of-the-moment sale with a much younger demo: kids.

And it’s a smart move. Though the youngest generation might not have as much of their own money to spend, they make for powerful fans. Bloomberg reports that Nickelodeon’s young fandom has given them a ratings boost, while YouTube channels like Little Baby Bum are bringing in so many eyeballs that media giants are vying to buy them up. And kids’ second-hand spending power via influence is very real. Ypulse’s Parenting Topline found that one of the top influences for the products they purchase is, you guessed it, their kids’ requests. Of course, a major benefit of creating family-friendly activations and experience is pulling in Millennial parents themselves.

Brands across industries are upping their IRL offerings to engage young consumers and their wallet-wielding parents, on a new level. Here are 5 brands that are tapping young consumers’ penchant for experiences with creative activations: 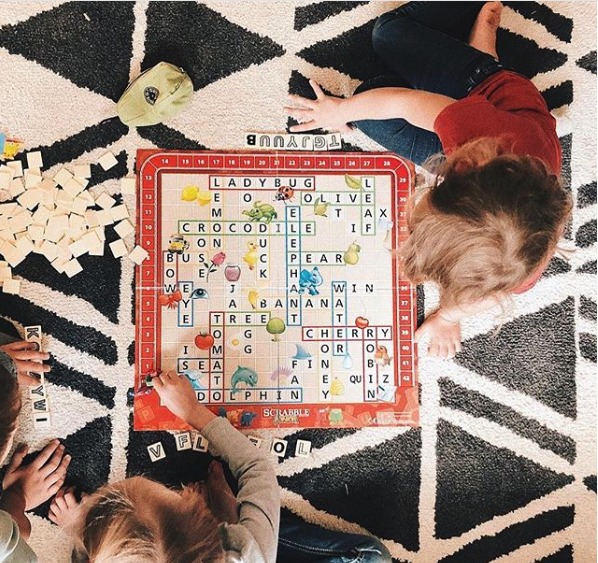 Hasbro is bringing their iconic toys and games to family fun centers across the U.S. and Canada. According to Kidscreen, they’ll feature several activity zones where kids and their Millennial parents will get the chance to engage with brands like Monopoly and My Little Pony. The activation is “the first phase” of a new partnership with Kilburn Live, who will be bringing the idea to life. Newsarama reports that Hasbro Consumer Products’ SVP & GM explains, “Hasbro has transcended the toy aisle to become a lifestyle brand that both kids and adults enjoy. Our partnership with Kilburn will allow us – for the first time ever – to offer a wholly immersive and true play experience that unlocks a totally new and exciting way for fans to experience the Hasbro family of brands.” 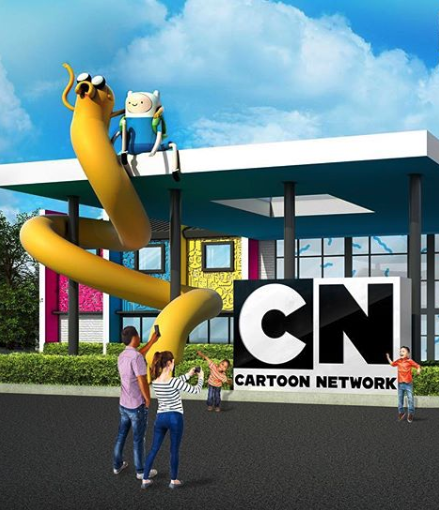 Cartoon Network is getting into the hospitality and travel industry to reach kids and Millennial parents on vacation by opening a 165-room hotel in 2019. Characters from fan-favorite cartoons like Adventure Time and The Powerpuff Girls will roam the massive hotel, and “Easter egg-type surprises” will be hidden throughout the grounds for kids to stumble upon, reports Adweek. Experiences will range from a “water play zone” to movies under the stars, a game room, and much more. By opening a hotel, Cartoon Network is following the lead of the likes of Disney. They’re also likely looking at the success of this new hotel to determine whether they’ll create new locations. 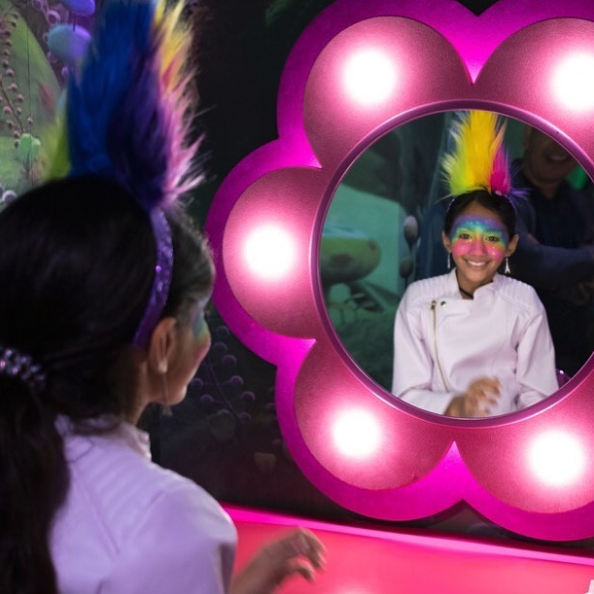 Feld Entertainment and Universal Studios leveraged massive in-person experiences to build the already-strong fandom of the Trolls franchise, according to the Hollywood Reporter. The activations are popping up in cities across the U.S., starting in NYC, where the initial installation is “a 90-minute, 12,000-square-foot walk-through.” Inside, attendees experience 3D, augmented reality, hands-on activities, and more. Plus, they have the chance to take photos with their favorite characters, don the iconic, gravity-defying hairdos, and test out colorful treats in the café, reports Thrillist. The experience is ongoing, and becoming a go-to attraction for tourists, boasting 4 stars on both TripAdvisor and Yelp. 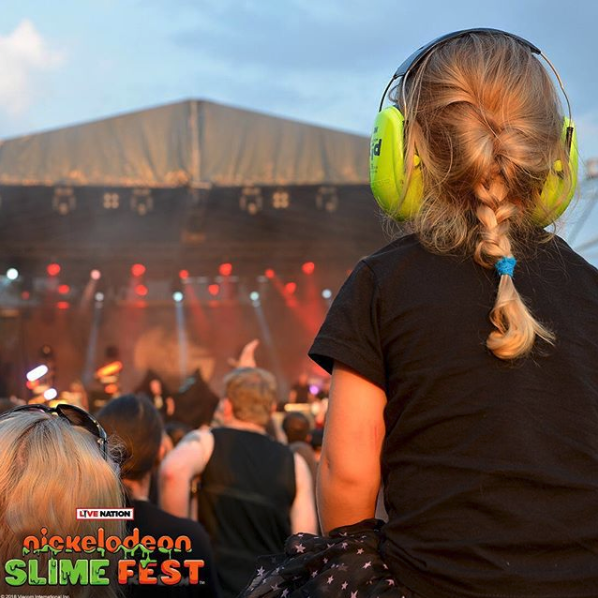 Nickelodeon is no stranger to in-person experiences, but lately parent company Viacom seems to be upping their offerings. Nickelodeon SlimeFest made a splash (or splatter) when it debuted last year by bringing mega-influencers like Jojo Siwa on stage, according to Billboard. The day-long event is full of costumed characters that fans can snap a pic with, on-stage chats with talent, plenty of music, and plenty of the green stuff that Millennial parents can wax nostalgic for. In addition, Kidscreen reports the brand hosted a full roster of outdoor activities on Day of Play and went off-air for three hours, while Forbes details all the amenities available at their Punta Cana resort. The experiences are paying off, and the Hollywood Reporter reports that they’ve become an important cashflow source for Viacom, which “expect[s] revenue in live events and recreation to nearly double” this fiscal year. 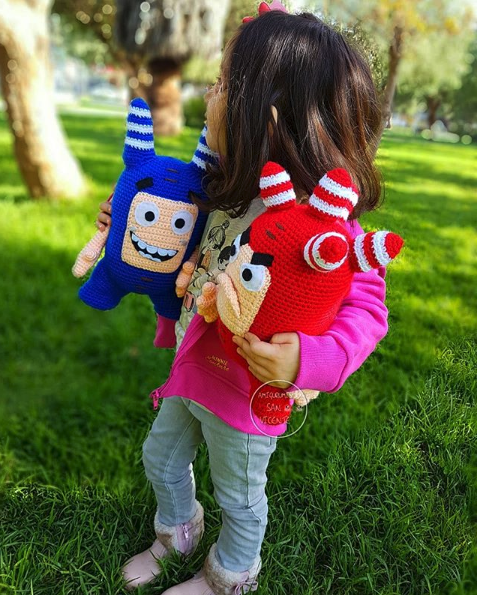 Global phenomenon Oddbods is taking its quirky humor to in-person entertainment centers across China. The family-oriented experiences will feature shows with live characters, restaurants based on the franchise, retail activations, and more. Kidscreen reports that the first will open later this year in Xian, followed by Chengdu, Shanghai, and 15 more across the country over the next eight years. Considering that Oddbods is available in 180 countries and has reeled in over 4.2 billion YouTube views, their success with in-person experiences in China could help the franchise go global with similar activations.