Jack In The Box’s new commercial is in the middle of a controversy, the Oscars’ new popular film category is really unpopular, a Walmart employee has gone viral for her good deed, and more stories that are taking over the internet this week… 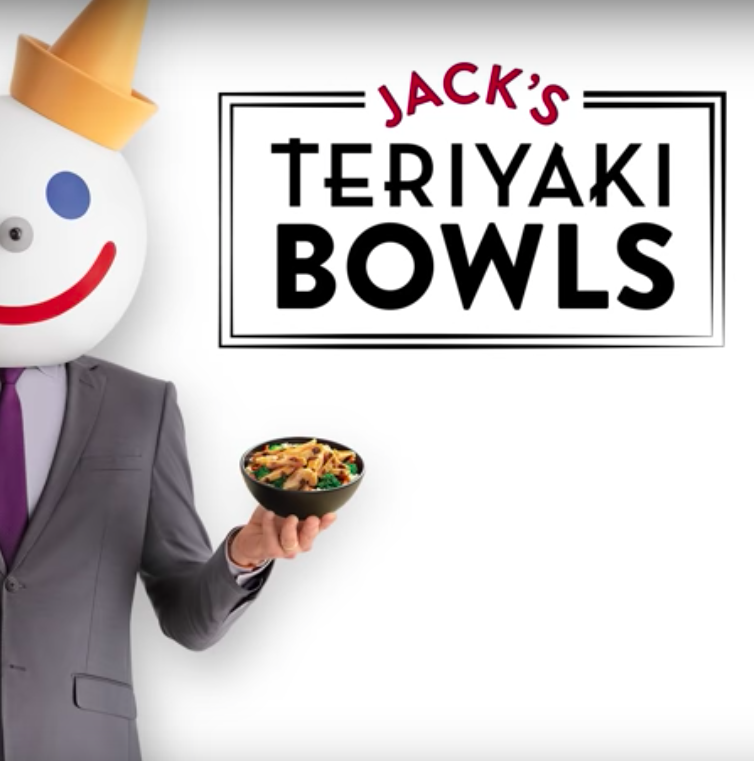 It may seem obvious that now is the wrong time to joke about sexual innuendos in the workplace, but apparently Jack In The Box didn’t get the memo. Their recent ad, called “Jack’s Bowls,” features Jack walking through his office talking about his “bowls” while coworkers compliment his “bowls” in turn. (Get it guys? Get it?!?) Taglines that appear in the YouTube summary include “Taste my bowls,” and “Get your hands on my bowls.” Adweek has put the ad under fire, saying that the excessive genital references in the workplace promote a boy’s club culture and “locker room talk.” However, MarketWatch questions whether this ad is as offensive as some media outlets make it out to be—and many Twitter users seem to agree. @ElishaKrauss wrote “I watched the ad and wasn’t offended… is that weird?” while @PeiWei_Tiger pointed out the bigger problem: “TBH im more offended that @jackbox thinks this is a proper teriyaki rice bowl.” 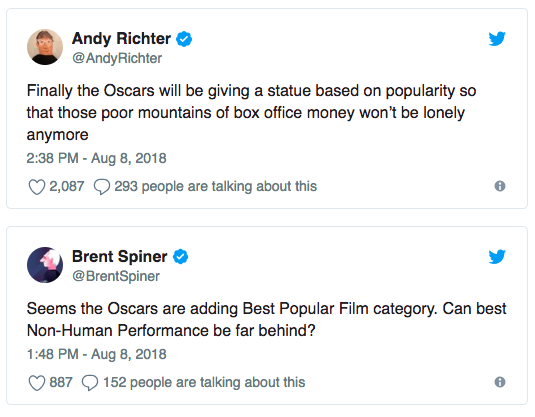 The Oscars are adding a popular film category to win back viewers, according to The Hollywood Reporter—but people aren’t happy about it. Ypulse data shows that 63% of 13-34-year-olds didn’t watch the 2016 Oscars at all, and viewership has only declined since—hitting a record low last year. More viewers tune in for their favorite films than for limited-release indie darlings, so adding hits to the roster seems like a good bet to bring back some viewers. “Seems like” is the optimal phrase here. Though some are excited for their favorite films (like Black Panther) to get their due diligence, many see the category as snubbing popular flicks from getting the Best Picture award. One Twitter user summed up the internet’s sentiment: “JUST NOMINATE BLACK PANTHER FOR BEST PICTURE YOU COWARDS.” 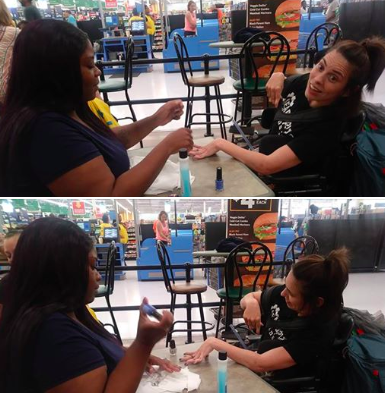 A woman with cerebral palsy was reportedly turned away from a nail salon, so a Walmart cashier stepped in to give her a helping hand (or two), reports Yahoo. A Facebook post that’s racking up likes, comments, and media attention en masse, narrates that the nail salon said the woman “shakes too much” so Walmart employees stepped in to help the frequent shopper. They went out to buy nail polish and one cashier used her break from work to paint her nails. Ebony Harris, the cashier that did the good deed said, “We’re not trying to make [the nail salon] lose customers, [or] make them look bad…But maybe [we can] spread awareness that no matter the person, who they are, what color they are, disability, they’re people too.”

Every now and then the Internet comes together to applaud something positive. This time, it’s a woman absolutely killing it while rapping to Missy Elliot’s hit “Work Out.” The video surfaced on Facebook and has accrued 7.9 million views since—getting propelled to viral status when Missy Elliot gave her nod (or tweet) of approval. The iconic female rapper wrote, “I just found out I have a FUNKY WHITE SISTER…she straight killed “Work It” sound effects & all, along with several other enthusiastic tweets. Since then, many others have hopped on the bandwagon to promote the positive interaction, like @jdesmondharris who wrote “I feel so sorry for everyone who has quit twitter.”

No one knows why this teddy bear made of chicken skin is going viral,

nature showed how neat it is when ants built a bridge to attack a wasp’s nest,

and everyone hates this Netflix movie.