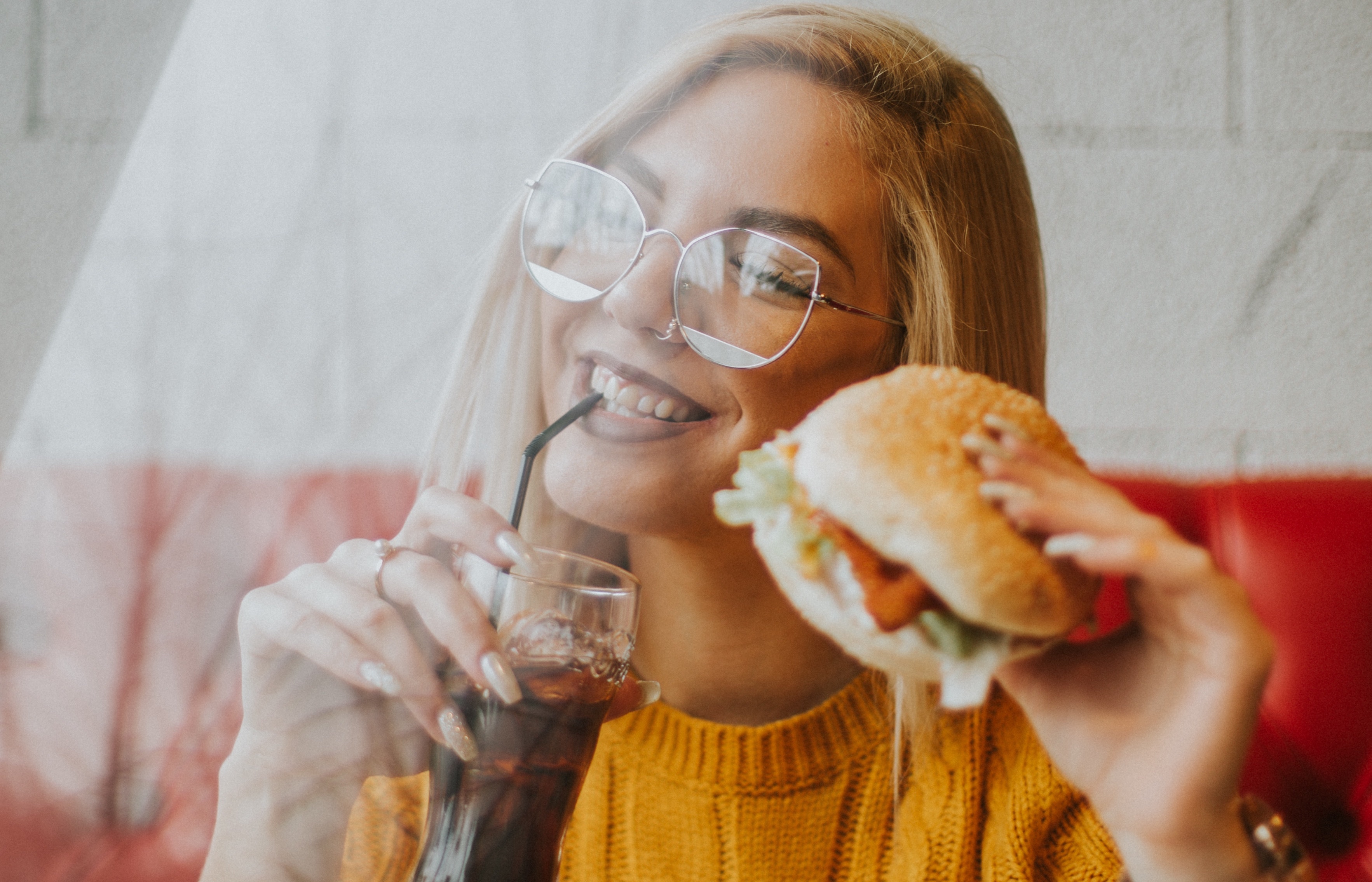 Ypulse’s youth brand tracker shows what fast foods are favorites among Gen Z and Millennials consumers (and, guess what, they’re not loving the same places…)

We know that young consumers are only eating healthy-ish, and that diet indulgences are not off-limits to them. Case in point: 83% of 13-35-year-olds tell us they eat at fast food restaurants sometimes even though they know they are unhealthy. Among 13-17-year-olds, we looked at what young consumers want from fast food brands and reported that—though the industry has been understandably anxious about young consumers’ healthy preferences—the fast food industry has actually fared well among these health-loving generations. Less than one in 10 young diners say they never eat at fast food restaurants, and two in five say they eat at them often or very often. The U.S. fast food industry grew from $206 billion to $209 billion between 2016 and 2017, according to Statista, and it’s expected to grow another 6% by 2020. According to the New York Post, sales of the Big Three—McDonald’s, Burger King, and Wendy’s—are growing faster than the GDP.

So we’ve established that they’re happy to make fast food a part of their balanced diets, and Gen Z and Millennials’ interest in organic and natural products hasn’t translated to ruin for the burger and fry makers of the world. But who is their favorite fast food brand? Ypulse youth brand tracker Ybrands, which launched in January of this year, has collected over 37,000 interviews that tell us how young consumers feel about more than 300 brands. We dug into that data to see which fast food spots young consumers say are “one of their favorites”: 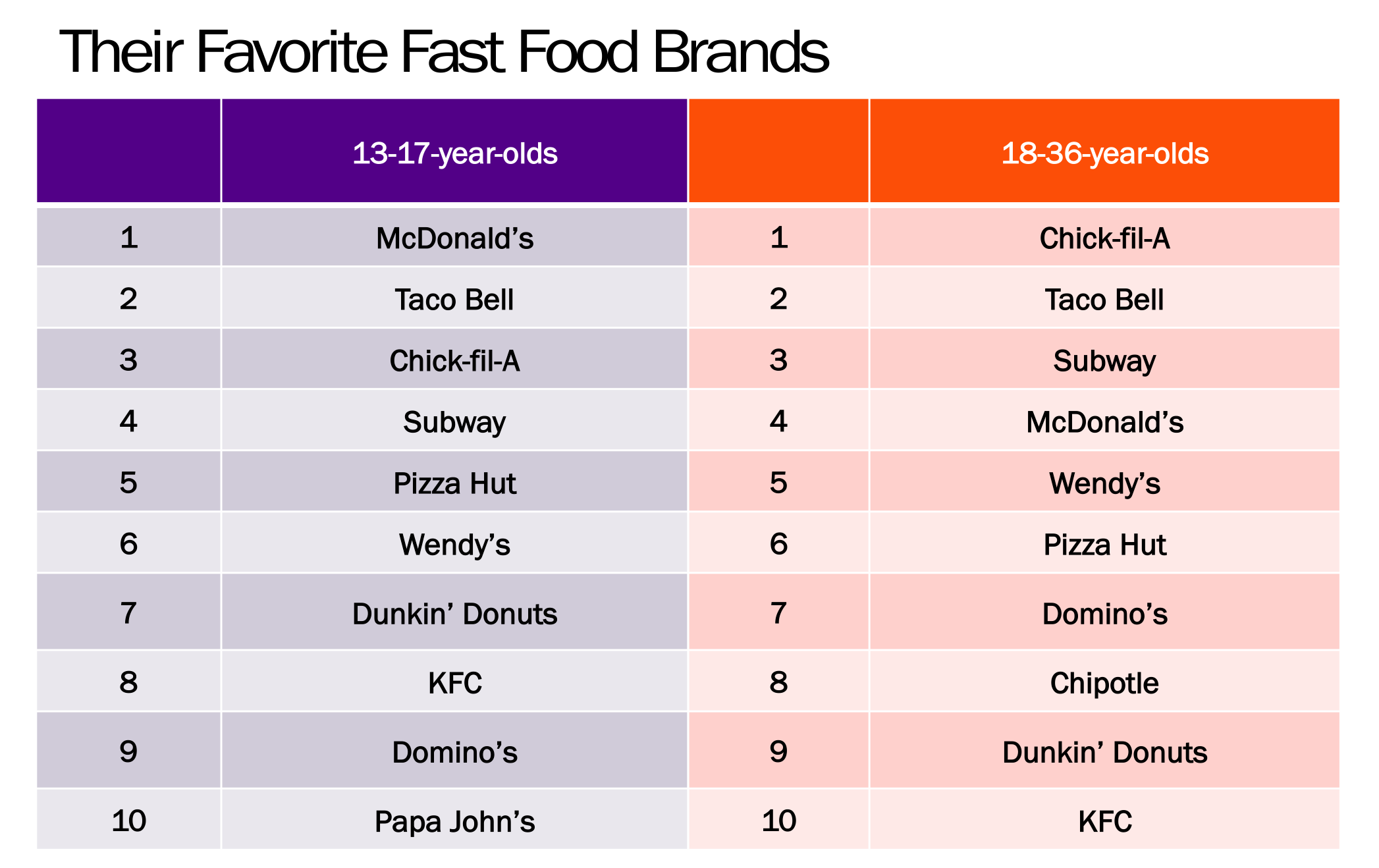 *Ybrands measures young consumers’ relationships with a brand based on a weighted 6-point scale, ranging from “Never heard of this brand” to “This brand is one of my favorites.” These are the top fast food brands that received the response, “This brand is one of my favorites,” among those who are aware of the brand. The brands on this list are among the 234 brands included in the brand tracker as of 8/3. Rankings are subject to change as more brands are added and removed.

There you have it, a clear generation gap: while McDonald’s ranks as the top favorite fast food brand among 13-17-year-olds, 18-36-year-olds are most likely to name Chick-fil-A as one of their favorites. We touched upon Gen Z’s affinity for McDonald’s compared to Millennials’ recently, and said then that the difference can’t really be attributed to life stage. Instead, it looks like competitors may have won Millennials over, potentially by offering something other than burgers. Their top three brands are burger-free…is it possible that older consumers feel if they’re going to “splurge” on a burger, they want it to be a fancier one?

The differences don’t stop there. Chipotle made the top 10 favorite ranking among 18-36-year-olds, but not among 13-17-year-olds, and Papa John’s made the younger consumers’ list, but not the older. Both brands have seen their share of scandals and hardships of late. Chipotle has managed to earn at least some Millennial fans, but clearly has to convince teens that they’re worth visiting. Papa John’s, meanwhile, needs to appease Millennial consumers, who might be supporting their cultural beliefs with their wallets.