The Non-Human Insta-Model Feud is on The Viral List 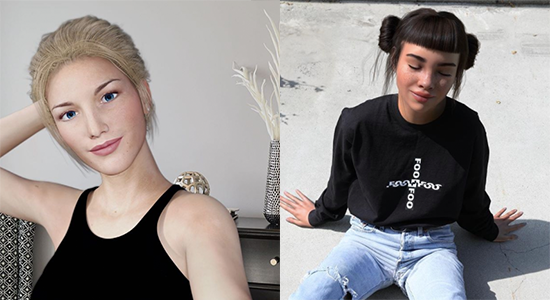 A feud between two CGI Insta-models escalated this week, this year’s Coachella will forever be known as “Beychella,” Starbucks announces an unprecedented attempt to fix their crisis, and more of what’s trending this week… 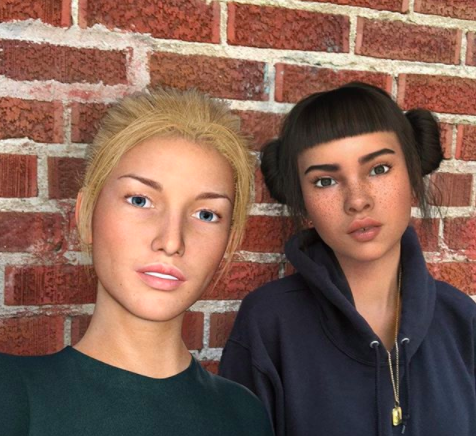 A long-running feud between two Insta-models escalated into one hacking the other’s account this week—oh, and did we mention neither of these models are real? Computer-generated influencer and singer @lilmiquela has been featured in magazines, worked with brands like Prada, released music on Spotify, and racked up one million followers on Instagram. She’s also left-leaning and on the opposite end of the political spectrum from CGI-model and pro-Trump supporter @bermudaisbae—but this week’s drama went deeper than politics. In the span of a few days, Bermuda hacked into Miquela’s account, threatening to reveal the truth if she didn’t, made up with Miquela in an “emotional” meeting, and supported Miquela when she told her followers that she is “not a human being.” It’s important to note that most people understood that beforehand, and now the question is who really is behind @lilmiquela and was this all pre-planned to go viral?

This year’s Coachella will forever be known as “Beychella“ after iconic artist Beyoncé gave a performance that is being hailed as “the performance of the decade and the one after that and so on.” As the first Black woman headliner at the music festival, Beyoncé is being praised for including a marching band, drumline, and dance team from four Historically Black Colleges and Universities, for the incredible detail to her costumes, for bringing out surprise guests Kelly Rowland, Michelle Williams, and husband JAY-Z, and for magically changing her nail color midway through the set. Actually, that last one has since been debunked, but no one can deny the power of Beyoncé. Not even Coachella, who in the past has fiercely protected their name, but fully endorse what the internet has decided is now “Beychella.”

Starbucks is continuing to make headlines this week after announcing how they will respond to an incident that has sparked intense backlash and a heated online debate. First, a recap: Last Saturday, a video of two Black men being arrested at a Philadelphia Starbucks, while bystanders protested that the men “didn’t do anything,” went viral, with many saying the move to call the police was racially-motivated. Starbucks quickly apologized to the two men, but backlash was swift and #BoycottStarbucks began trending. On Tuesday, the coffee chain took their apology even further, stating that they will be closing all of their U.S. stores for an afternoon to educate employees on racial bias. It’s a tactic that has saved them once before, costing $6 million in the process. It’s also a tactic that has brought online debate to a fever pitch with some praising the company for their strong response and others condemning them for giving in.

Prom season is starting back up, and teens are continuing to find ways to go viral and redefine what the event is all about. High school senior Audeva Agyeman made headlines and The Shade Room with her back-up plan when she couldn’t find a date to prom. She brought a cardboard cut-out of Black Panther star Michael B. Jordan, getting retweeted thousands of times and a shout-out from Jordan himself. Teen Joe Moreno also took an unconventional route with his prom date, choosing to bring his mother who missed out on her prom to focus on raising him; his post has generated over one hundred thousand likes. Then there is sophomore Madison Witham who is looking for a new prom date, after dumping her original date when he said her dress was too revealing. The exchange has been liked close to 250,000 times and has garnered a mass of support. 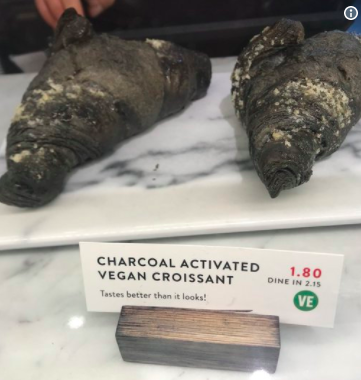 This charcoal-activated croissant has people talking,

the internet was surprised to learn what Barbie’s last name was,

and there is a Mayochup update.