The Simpsons finally address a long-running controversy and blows it, an SNL skit spoofing Nike has views in the millions, Westworld rickrolls fans, and more links to click…

This week The Simpsons finally addressed a long-running controversy centered around their problematic character Apu Nahasapeemapetilon by saying, “What can you do?” The dismissive response was made via the series’ latest episode when Marge Simpson realizes a storybook she used to love as a child had a racist narrative. Surprisingly, the series’ most liberal character, Lisa Simpson, then turns to the camera and states “Something that started decades ago and was applauded and inoffensive is now politically incorrect. What can you do?” The non-apology comes after years of criticism, and more recently after the release of the documentary, The Problem With Apu, where comic Hari Kondabolu speaks to the series’ stereotypical South Asian character and their use of a white actor to voice him. Kondabolu has since responded to the episode in a tweet with close to 15,000 likes by saying, “The Simpsons response tonight is not a jab at me, but at what many of us consider progress.” The Diversity Tipping Point and PC Police generations would probably agree.

A recent Saturday Nike Live skit spoofing athleisure-wear and Nike commercials is going viral for being so spot-on. The “ad” for the all-new Nike “Pro-Chiller Legging” features run-of-the-mill performance shots of women intensely working out and saying lines like “Because what you do is who you are.” But then it also features women laying on couches, binge-watching shows, and eating junk food with lines like “I’m tired from my nap!” The fake leggings, which are “Designed for endurance, but used for what most women actually do in leggings: settin’ up shop on their couch,” have struck a chord, with the skit racking up over three million views on YouTube. Responses on Twitter like “I have never related to anything more in my life,” “I will always rock the leggings & enjoy my ‘couch panini’ status,” put the spotlight on the demand for more authentic marketing around products young consumers love.

A YouTube video promising spoilers for Westworld’s highly-anticipated season two premiere has over half a million views and counting—and the best part is that it has no spoilers. The video, released by the show’s creators themselves, was promised during a Reddit AMA in exchange for 1000 upvotes. It was meant to deter spoilers by giving those who wanted it a play by play of what exactly would happen next season. Within a few hours, the post reached its goal and a 25-minute video was released where two of the series’ characters sing “Never Gonna Give You Up” by Rick Astley—yes, the classic rickroll switch—followed by a dog sitting at a piano for 21 minutes while the series’ theme song plays in the background. Preceding the dog scene, a caption appears on the screen that states “Dear Reddit, From all of us here at Westworld thank you for watching. We hope you enjoy season two…”

Stranger Things fervor among teens is still going strong with a viral internet challenge that is bringing a whole new meaning to the Upside Down. For those who aren’t avid viewers, the Upside Down is a mysterious alternate dimension within the series where everything is—you guessed it—upside down. Utilizing a mirror, their cell phone, and some elaborate editing tricks, teens are creating their own upside down worlds that involve dropping their phones. Hilarious, creepy, and impressive versions of the challenge have been overtaking feeds and racking up likes in the thousands. And this particular one has over 130,000 likes. 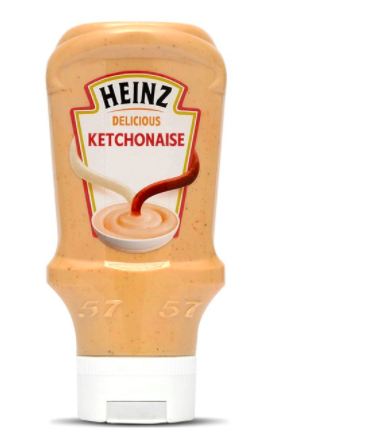 The internet is falling in love with this man’s homemade sweaters, Heinz asks for Twitter votes on #mayochup and gets a lot of criticism instead, The Quiet Place is not only blowing up at the box office but blowing up with popular reactions, and study videos are taking YouTube by storm.