Wendy’s takes their Twitter roasting to the recording booth, Heineken’s subtly racist ad raises questions, Walmart pulled Cosmo from their check-out lines, and other stories you won’t want to miss:

Wendy’s has taken their Twitter roasting to the recording booth, and if tweets are any indication, the result is one of the hottest mixtapes you can stream right now. We Beefin?—announced in a tweet that now has over 160,000 likes and over 80,000 comments—includes rap songs like “Twitter Fingers,” and “4 for 4$” that promote their offerings and diss their competitors. “Rest in Grease” calls out McDonald’s with lyrics like “Why you ice cream machine always broke?/Why you drive-thru always slow?/Why you innovation just can’t grow?/It’s queen Wendy, need I say more?” The mixtape can be streamed on Spotify, Apple Music, and Google Play. “Yo why am i lowkey bumping to this wendys album,” “This Wendy’s mixtape kinda tough tho lol,” and “looks like we all getting lit to #WeBeefin this weekend,” are just a few of the tweets praising the promotion.

A tweet from Chance The Rapper this week has incited backlash towards Heineken, while raising a concerning question on recent marketing mishaps: are brands intentionally putting out subtly racist ads for more views? The latest ad in question shows a bartender slide down a Heineken Light across the bar and through a party scene to reach a woman who was visibly upset at the prospect of drinking a wine with too many calories. Where does the ad go wrong? All the actors the beer slides past are dark-skinned but the woman it reaches is light-skinned, and the tagline “Sometimes, lighter is better” ends the scene. In a tweet with over 30,000 likes, Chance The Rapper calls the ad “terribly racist” and states his hesitation to bring it more views since he feels it may have been done on purpose. In response to many others feeling the same, Heineken has since pulled the ad and defended themselves by stating their tagline “solely refers to the benefits of the beer itself.”

To appease a conservative media watchdog group, Walmart pulled Cosmopolitan from their check-out lines this week, a decision that brought the retailer to the forefront of media headlines. The National Center on Sexual Exploitation has had a long vendetta against Cosmo, describing it as “a visually hypersexualized and verbally pornographic magazine,” and has been working for some time behind the scenes with Walmart to limit the magazine’s exposure. In a tweet sent out by the group, they framed Walmart’s decision as a victory for the #metoo movement—an assessment many others don’t agree with. On their end, Cosmopolitan has defended their publication by stating, “With our focus on empowerment, we are proud of all that the brand has achieved for women around the world in the areas of equality, health, relationships, career, politics and social issues.”

The cast of ‘90s teen saga Dawson’s Creek reunited this week, stirring emotions in nostalgic Millennials and igniting hopes of a possible reboot. For the series’ 20th anniversary, Entertainment Weekly brought the cast together for a cover that has been retweeted countless times, often accompanied by the caption “crying.” EW‘s coverage included reminiscences on the aspects of the show that made it so popular: “If people want a perfect snapshot of what it was like to come of age in the ’90s and be a young person in that moment, ‘Dawson’s’ will always be a time capsule,” stated an original producer. This line of thinking is also fueling a desire to keep the series in the past (despite the massive popularity of reboots): according to series’ star Katie Holmes, “What I love about this show is that it existed at a time pre-social media, pre-internet, and it was nostalgic when we were shooting it…I really like it where it is, to be honest.”

Rose Gold is still trending and Disney is still going viral for it, the latest in eyebrow trends is foliage, Rihanna has the right idea in marketing beauty products, gender reveals will never be the same, and who bit Beyoncé? 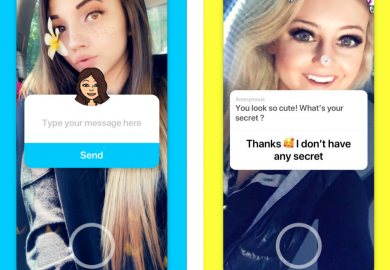 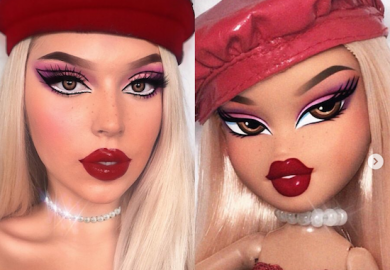 #BratzChallenge Is Taking Over The Beauty World On The Viral List 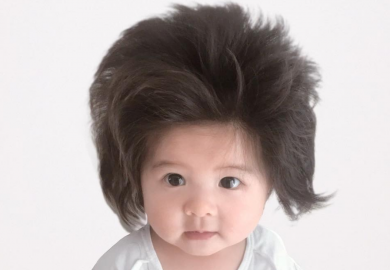