6 Stats That Show How Gen Z & Millennials Use & Choose Apps 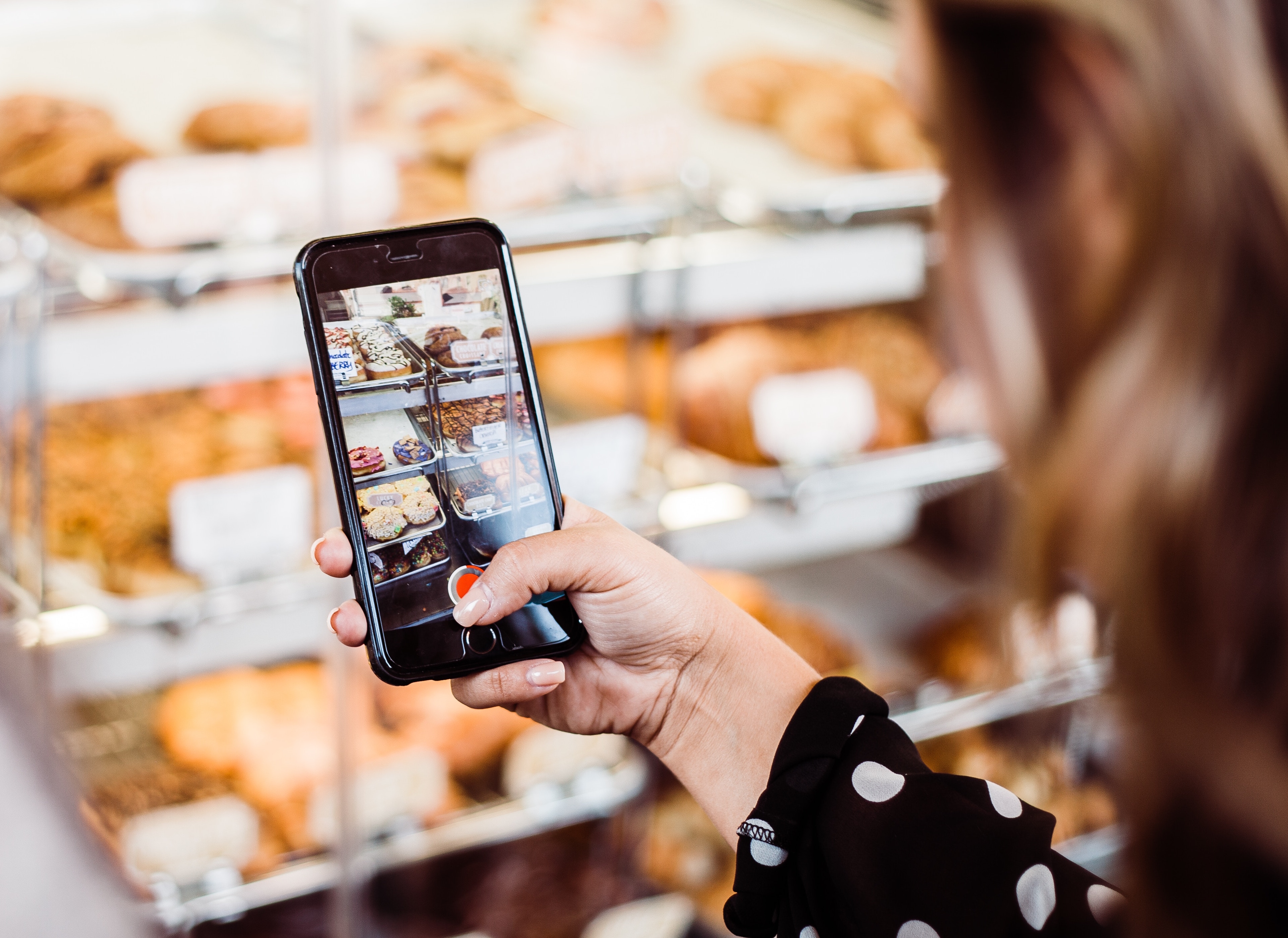 We know their favorite apps and the apps they can’t live without, but these six stats show how 13-35-year-olds are using all the other apps on their phones (oh, and how many they have on there too)…

We’ve said it before: to truly reach young consumers on their phones (increasingly the space you’re most likely to get their attention), apps are the only way. When we used behavioral tracking to go inside the phones of 18-25-year-olds, it was clear that apps dominate their attention. Their time is split between social media apps and other apps, with just 6% of their time on mobile spent on mobile sites accessed through their browsers. Making sure that sites are mobile friendly is a must, but apps are the place they’re most likely to engage with you. In fact, almost half of 13-34-year-olds tell us that apps are the way they prefer to interact with or access a brand on their phone—and that jumps to over half when looking at 13-17-year-olds.

So the battle to find a place on their phones is raging. We’ve told you the 15 apps that young consumers say they can’t live without, and their current top favorites—and today we’re continuing our exploration of young consumers and their app preferences (appsploration?) with six stats from our recent mobile/app behavior survey that show how Millennials and Gen Z are using and choosing the apps on their phones. 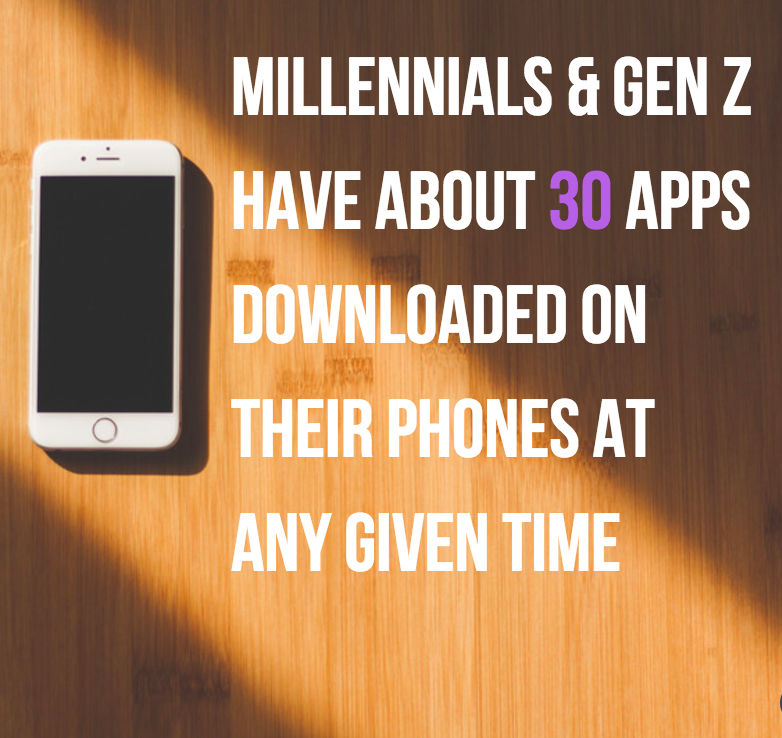 1. Millennials & Gen Z have about 30 apps downloaded on their phones at any given time.

How many apps are Millennials and Gen Z juggling on their devices? When we asked how many they have downloaded, the average self-reported response was around 30. Millennials are more likely to have a few more apps downloaded, at 31 apps, compared to Gen Z’s 25. When you consider how much they’re doing on their phones every day, 30 seems like the minimum they’d need—but it’s not so easy to get on their app rotation list… 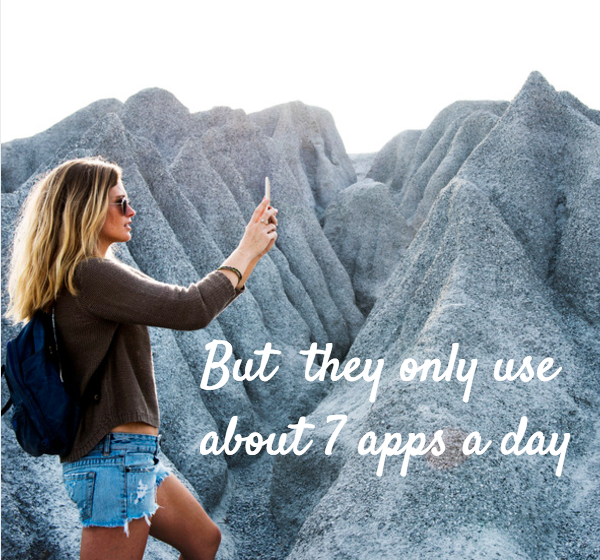 2. But they only use about seven apps a day.

Even though they might have plenty of apps to choose from, Millennials and Gen Z report that they only use an average of seven out of those they have downloaded every day. The number of apps that Millennials use in a day versus Gen Z is almost the same, so the amount that they have downloaded total doesn’t seem to impact how many they’ll actually use daily. Based on the kinds of apps they’re using most, the seven they’re using daily are most likely in the social media, email, messaging, music, media viewing, gaming, and shopping categories. Of course, we know that Gen Z is most likely to use social media apps, while Millennials are most likely to be using email apps. 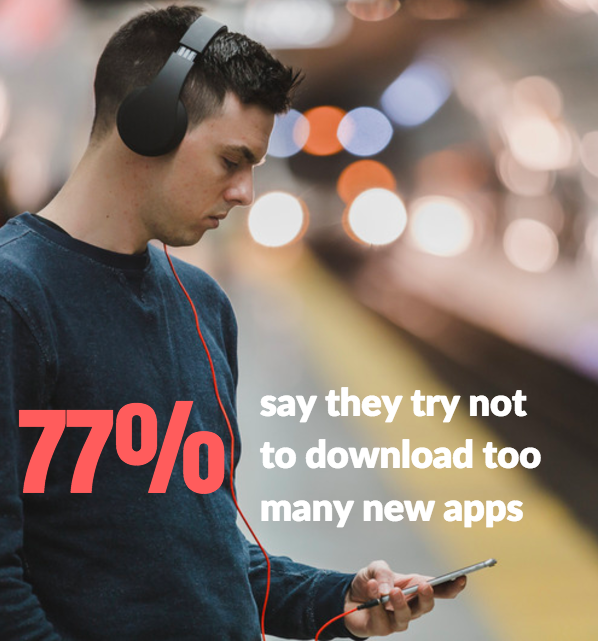 3. Almost four in five say they try not to download too many new apps.

So they’re only using a fraction of the total apps they have downloaded daily, and it’s not easy to get into that ranking: 77% of 13-34-year-olds tell us that they try not to download too many apps. Millennials are slightly more likely than Gen Z to agree to that statement. Why the app-rehension? (So sorry.) Phone memory is a constant concern and battle for young consumers. One 35-year-old female even told us, “I opt to have a phone with less memory because it is less expensive. Therefore, I traded the convenience of installing lots of apps and instead use the same services in a web-based (Chrome) format.” In fact, 58% of young consumers tell us that they will delete an app if it takes up too much memory. 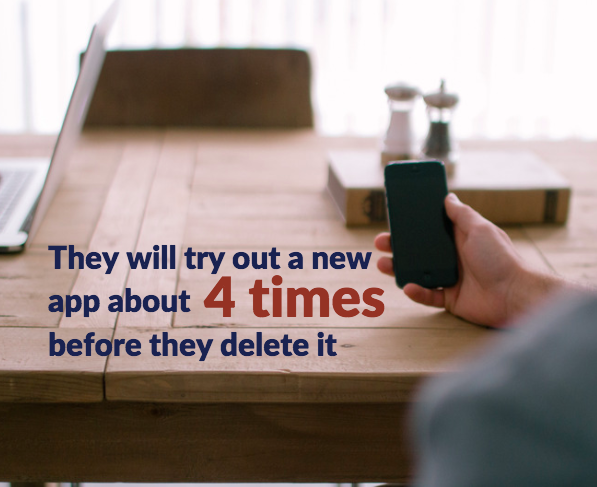 4. They will try out a new app about four times before they delete it.

Because they need to be picky about the apps taking up their phone’s precious memory, Millennials and Gen Z have short patience for new apps that don’t deliver. When we asked how many times they’ll open a new app before deciding to delete it, the average response was four. Gen Z and Millennials were neck-and-neck on the average amount of times they’ll try out a new app, and only 13% said that they will open an app more than five times before they delete it. That’s not a lot of chances to get on their good side. The number one reason they’ll decide to delete you? Boredom. 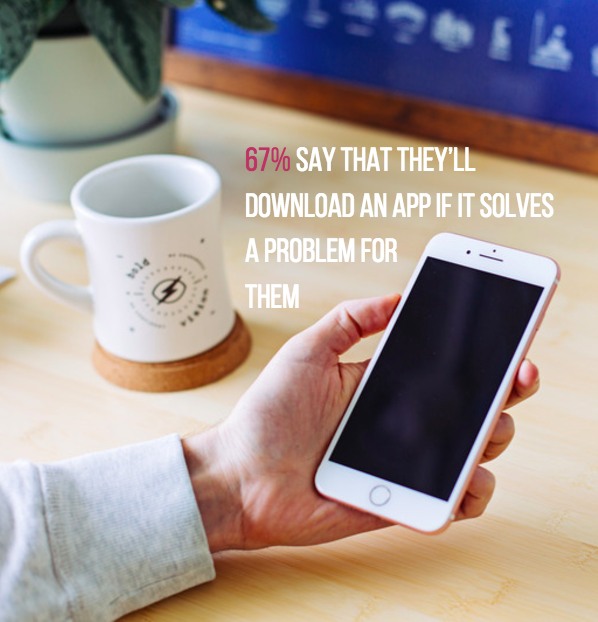 5. Seven in ten say that they’ll download an app if it solves a problem for them.

With all this finicky app behavior, you might be wondering how you can get young consumers to allow you into their phones at all. What makes them download an app? Sixty-seven percent said they’ll download if it solves a problem, or makes something easier for them. Phones are their seamless life-assistants, so if you can make a task simpler with an app, or solve an everyday issue, you increase your chances of ending up on their 30-downloaded list, or even better, their seven daily-used. But Millennials were much more likely to say they look for problem solving apps. Only 47% of Gen Z named this as a reason to download, compared to 76% who said they would download an app that seems fun. The younger smartphone users are also more likely to say that they are always looking for apps to entertain them—indicating some fundamental differences between how the generations currently view their devices. 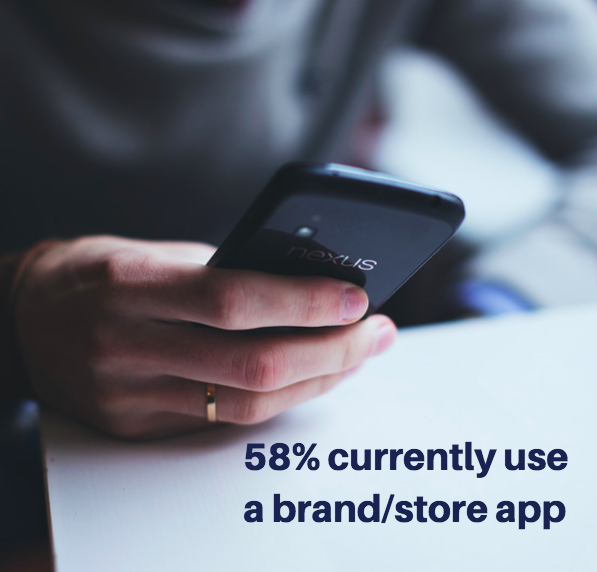 6. Over half currently use a brand/store app.