Millennials, Religion, and Spirituality – Their Story In 5 Stats 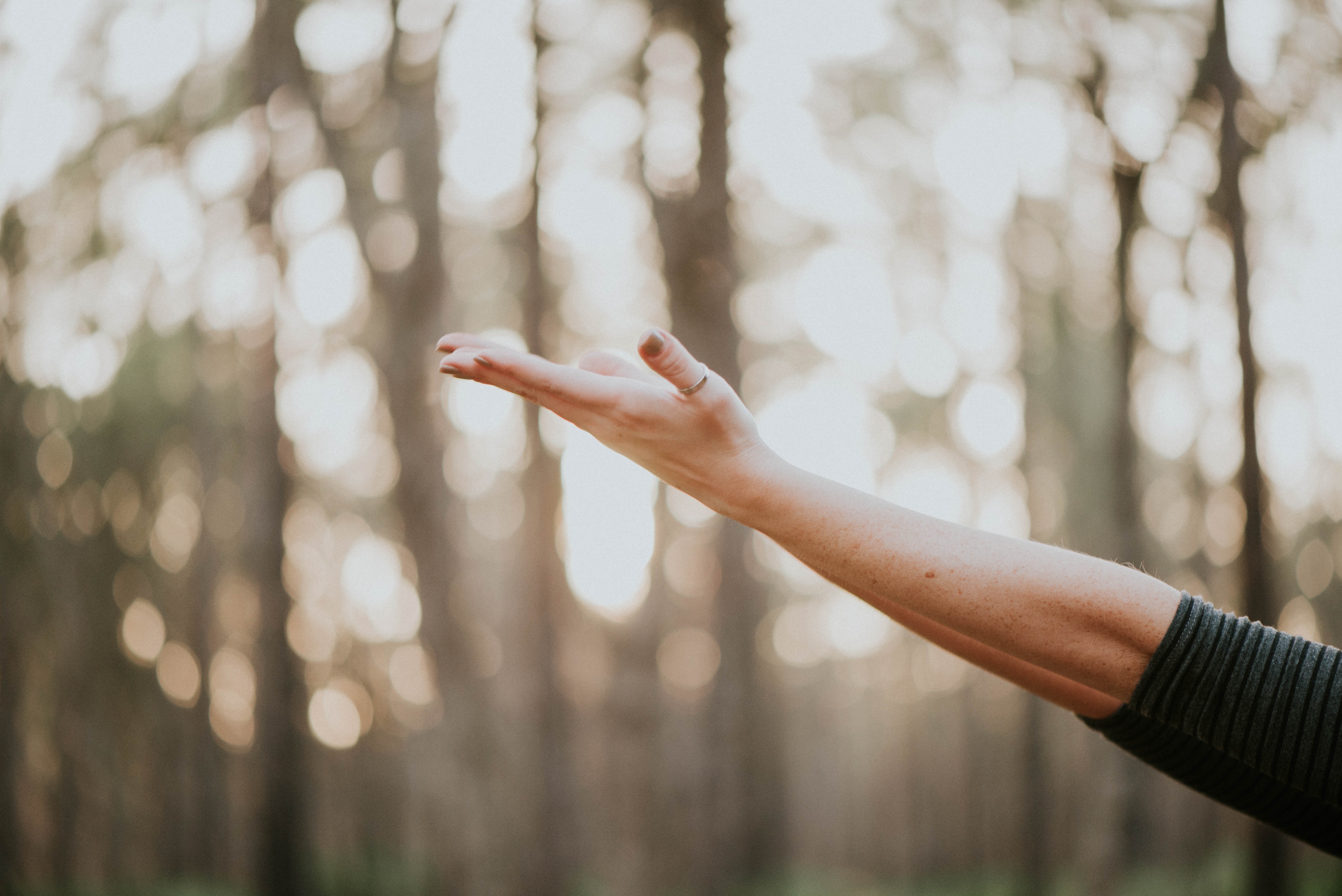 Young consumers’ relationship with religion isn’t as simple as you might think. We surveyed 18-34-year-olds to find out how important religion is, and what they believe right now…

A quick scan of headlines about Millennials and religion might have you thinking that the generation has rejected it, en masse. In the last months alone, there’s been:  “Millennials turning away from faith,” “Why Millennial Women Are Embracing Atheism,” “Ten reasons Millennials are backing away from God and Christianity,” “And Then There Were Nones: How Millennials’ Flight From Religion Is Transforming American Politics,” and even, “Witchcraft is the perfect religion for liberal Millennials.” But the idea that Millennials are “turning their backs” on religion is likely an oversimplification of their beliefs.

To get a more clear understanding of the generation’s relationship with religion and spirituality, our recent survey asked them everything from their thoughts on religion versus spirituality to whether they believe in God, what role religion plays in their daily lives, and more. From that research, we know that Millennials’ view of religion is hardly cut and dry, and though they may be less traditionally religious than previous generations, there is plenty they still believe in. Here’s a snapshot of Millennials, religion, and spirituality, in five stats: 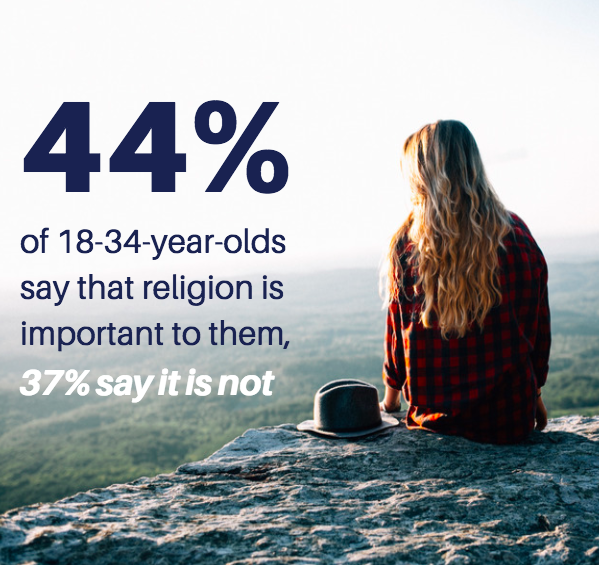 The number of Millennials who say that religion is important to them outpaces the number who say it is not—by a small margin. But there is a larger story at work here as well. According to a Pew study, all Americans are moving away from religion. The percentage of adults who consider religion “very important” to them and pray daily declined 3% to 4% from 2007 to 2015. But “skepticism about religion” is more evident in younger Americans: Pew also found four in ten 18-34-year-olds said religion is important in their lives, compared to more than half of older respondents. 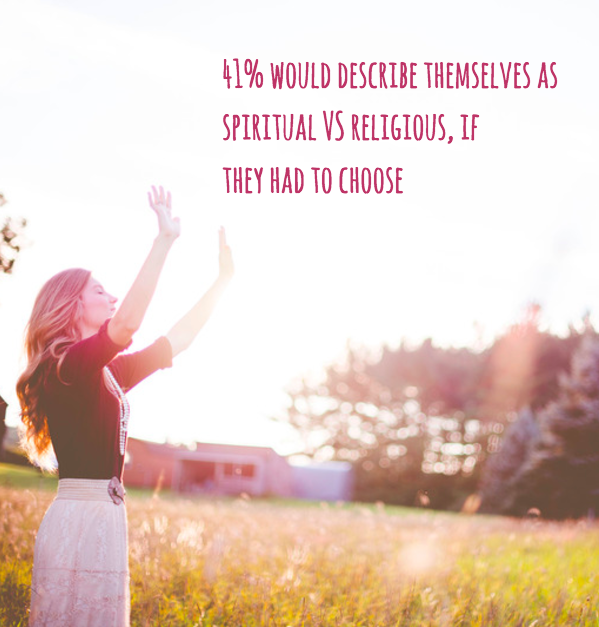 2. 41% 18-34-year-olds would describe themselves as spiritual VS religious, if they had to choose

If forced to choose between describing themselves as spiritual or religious, more Millennials will say that they are spiritual. One 20-year-old male explained to us, “Spiritual is a buzzword that many people (including myself) use to mean that we are not agnostics. The term ‘religious’ has been given so many negative connotations that most people shy away from it.” But it’s not so black and white for everyone: when allowed to describe themselves as a range of things, 25% of Millennials say that they are both spiritual and religious, 20% say that they are religious, and 24% say they are spiritual. Only a third say that they are neither spiritual nor religious. Pew also found that while Millennials might be less traditionally religious than older generations, they are just as spiritual. While fewer Millennials say religion is very important, attend weekly religious services, or pray every day than Xers, Boomers, and Silents, they are equally likely to think about the meaning and purpose of life, and feel a sense of gratitude or thankfulness each week. 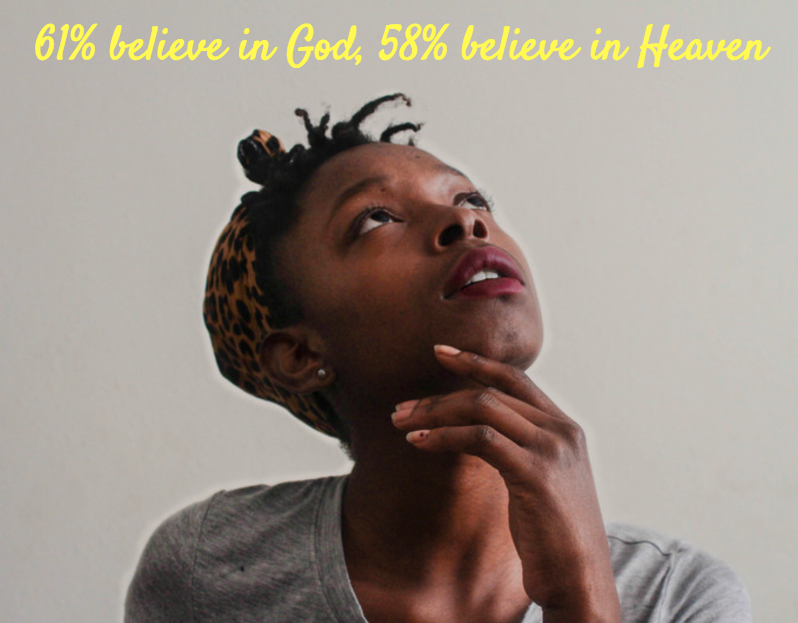 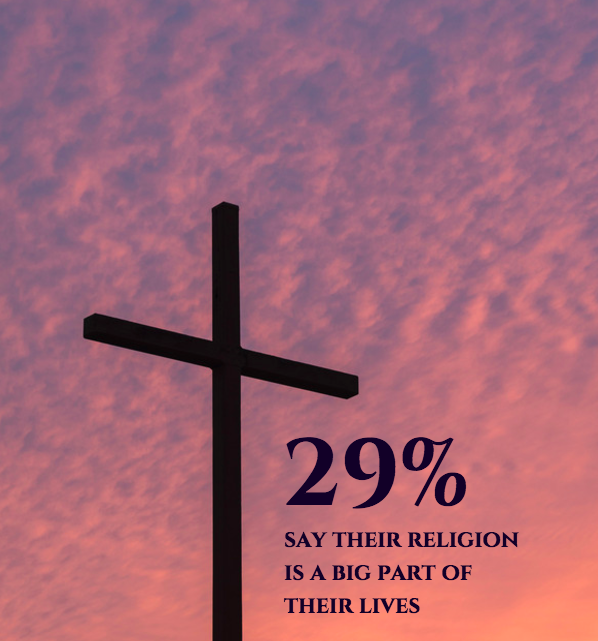 4. 29% say their religion is a big part of their lives

Here’s where Millennials’ religious approach might differ most significantly from previous generations. While they clearly hold some religious beliefs, and many even describe themselves as religious, actually practicing that religion in a traditional way is less common. Only a third say that their religion is a big part of their lives—but again, there’s more to the story. Over half tell us that their religious or spiritual beliefs influence how they define themselves. Four in ten tell us that they pray at least once a week. While they may not see religion as a big part of their lives, it is something that impacts their lives, regularly. 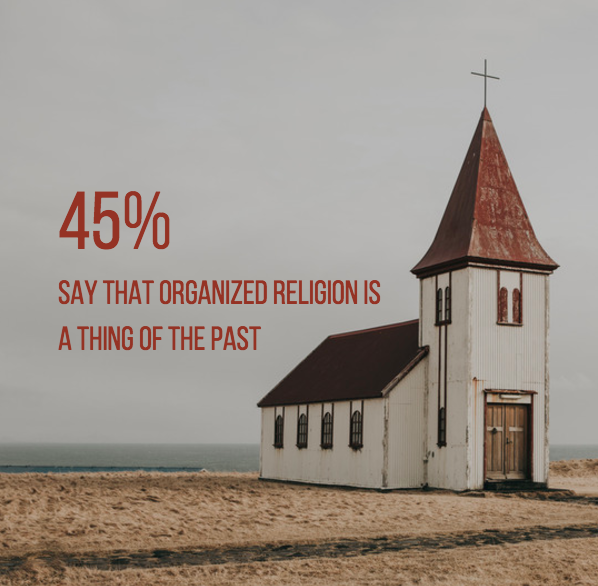 5. 45% say that organized religion is a thing of the past

The idea that religion is not a big part of their lives is likely a result of the fact that not many are actively attending religious services. Here is the big departure those headlines have been alluding to. Only a quarter of 18-34-year-olds say that they attend religious services weekly, and almost half of Millennials say that organized religion is a thing of the past. Their movement away from organized religion is part of their distrust in large institutions. Pew found that although they tend to be more optimistic about American institutions than previous generations, 18-to-34-year-olds’ ratings on churches has dropped from 73% in 2010 to 55% in 2016.