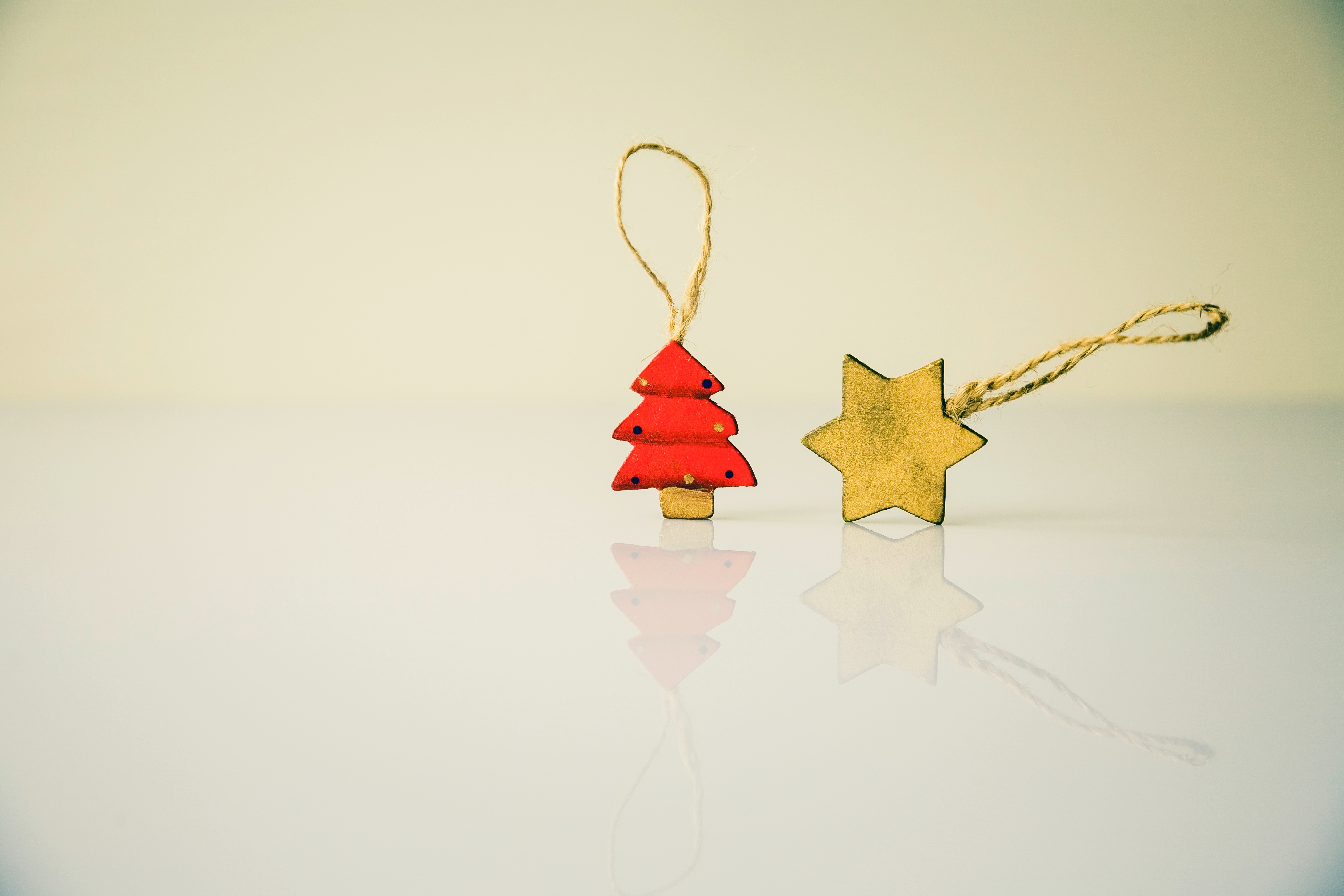 Our post-holiday shopping survey got the real data on where Millennials’ shopped, how much they spent, and more…

This holiday season, retailers were counting on Millennials. A poll from Rubicon Project declared that the generation could be the “driving force for the overall year-over-year increase in spending,” and other research predicted that young consumers were planning to spend more than ever. Now, the tinsel has settled, and we’re taking a look on how their holiday shopping actually shaped up—from where they went to what they spent.

Overall, the 2016 holiday shopping season got off to a slow start, but was a success. According to eMarketer, U.S. retailers reported better-than-expected sales for the 2016 holiday (though they note that Millennials were deal hunting on mobile) and the International Council of Shopping Centers reports that holiday spending rose 16%. According to Ypulse’s post-holiday shopping survey, 83% of 18-34-year-olds reported that they shopped for the holidays this year – the same number who reported that they planned to shop back in October. When we asked approximately how much they spent, 18-34-year-olds self-reported that they spent an average of about $300 on others, and an average of about $200 on themselves, making an average holiday spend for Millennials around $500. Not surprisingly, parents reported spending more on others, an average of around $550, and also reported spending more on themselves than their peers did, about $300 on average. Over half of 18-34-year-olds told us they had a budget in mind for holiday spending this year, but they do report spending slightly more than they planned—an average of $50 on things for themselves.

But according to our research, while Millennials might have been shopping, they weren’t necessarily spending the same way, or even at the times, that retailers have come to expect. Paste Magazine reports that “[s]tatistically, the Saturday before Christmas…is the biggest shopping day of the season per consumer surveys”—but this isn’t holding true for 18-34-year-olds. We asked them what shopping season “holidays” they hit stores and how they purchased: 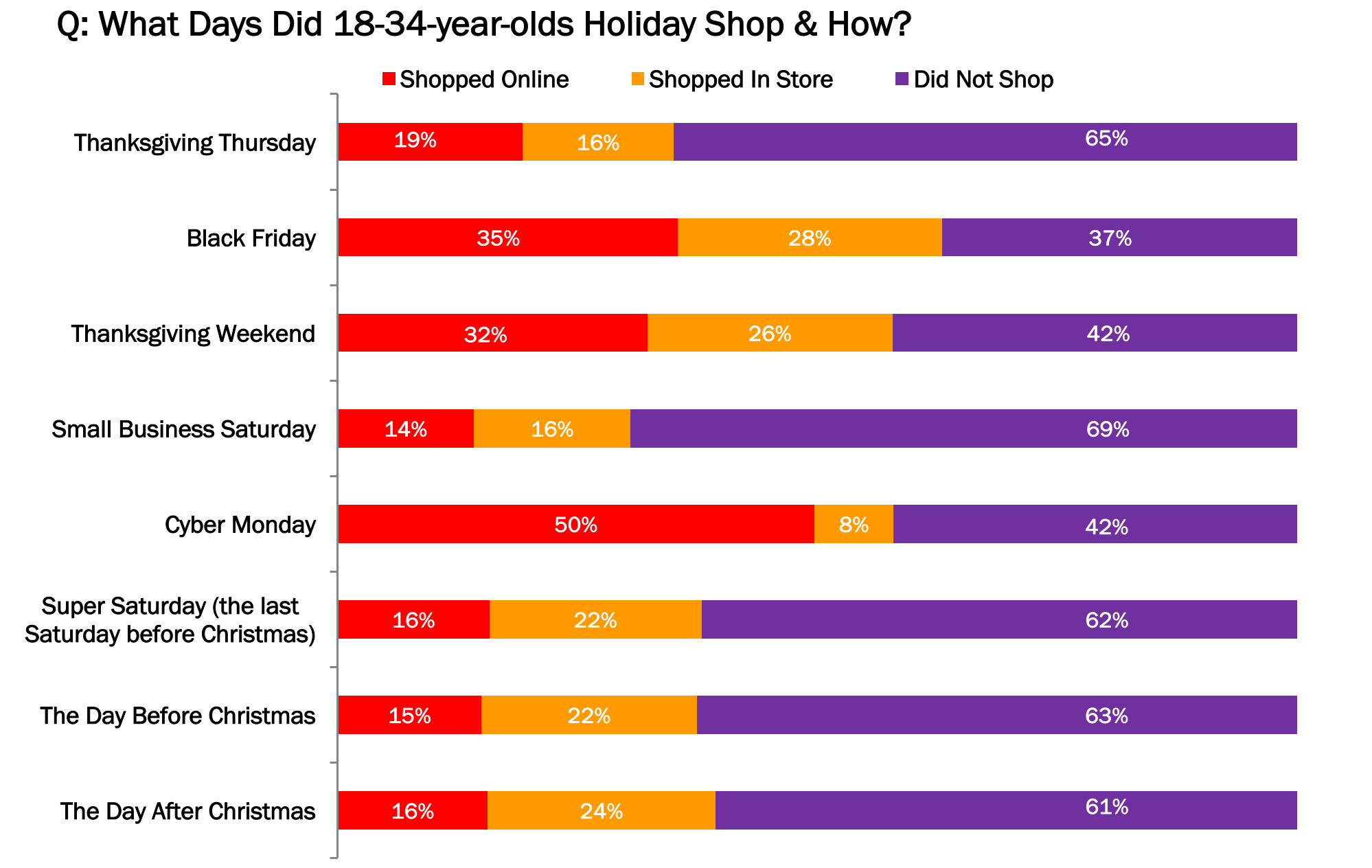 Black Friday and Cyber Monday were the two biggest shopping days for Millennials this season: 63% said they shopped on Black Friday, and 58% reported shopping on Cyber Monday. An amazing 50% of 18-34-year-olds reported shopping online on Cyber Monday. When it comes to the Saturday before Christmas—reportedly “statistically the biggest shopping holiday”—38% of Millennials reported shopping. But it’s also important to note that though Black Friday is historically known for its massive in-store crowds (or stampedes) 18-34-year-olds were actually slightly more likely to shop online (32%) than in store (26%) on that Friday after Thanksgiving. We noted in November that the “mania” around Black Friday is likely ending for young consumers as their shopping moves more and more online.

There is little question that Millennials are driving online holiday shopping. Slice Intelligence looked into all online purchases made by consumers who use their apps, and found that between Nov. 1st and Dec. 10th, more than one-third were made by Millennials. They also found that online spending is up 19% since 2015 and that Amazon now accounts for 43% of all shopping. When we asked which stores Millennials shopped at during the holidays, we saw Amazon’s dominance loud and clear: 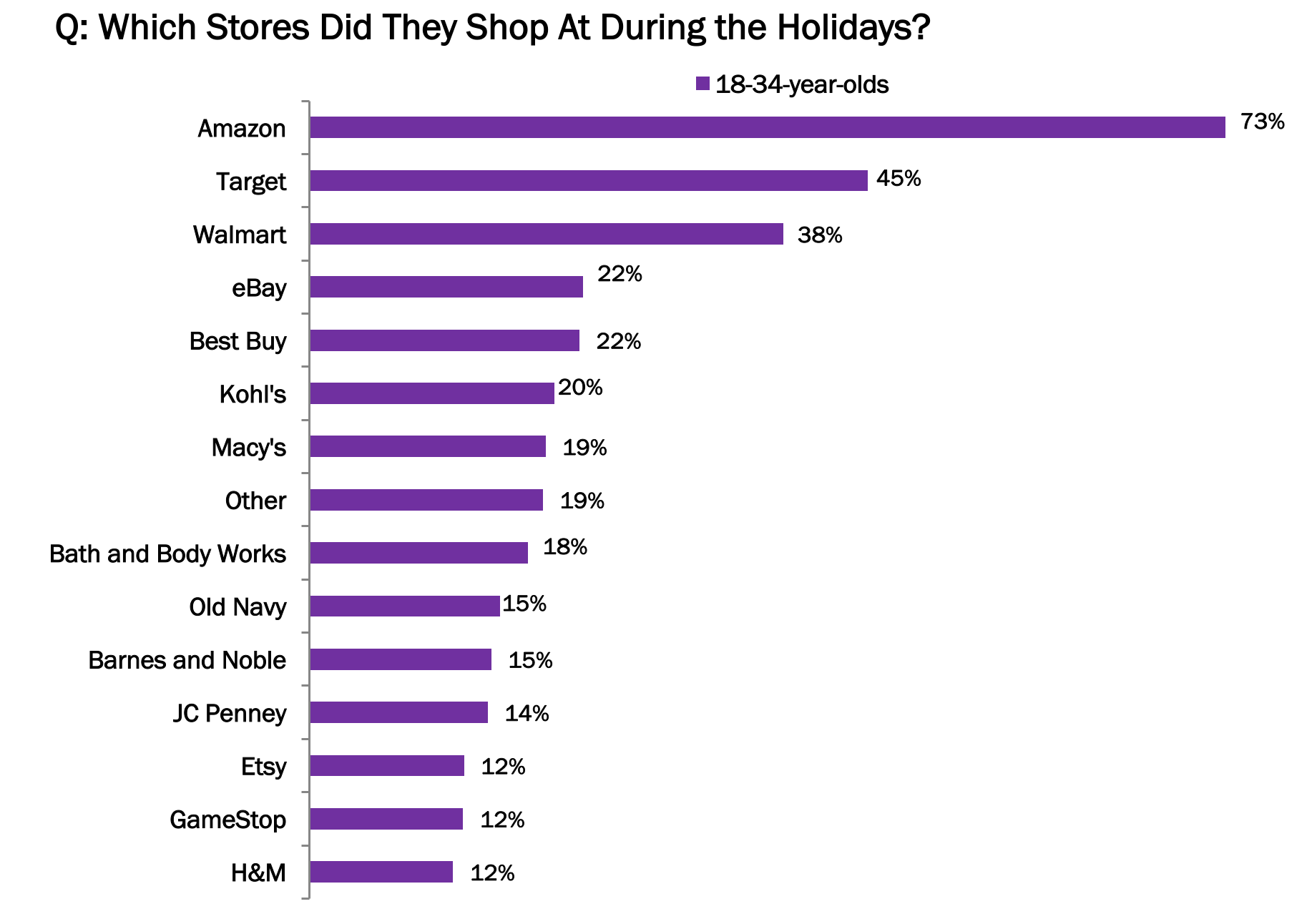 Over seven in ten Millennials reported shopping at Amazon this holiday—far more than second place retailer Target. Convenience and deals are likely the biggest motivators—considering how overwhelmed and busy Millennials feel, Amazon can feel like a seamless solution to their stress over holiday business. They also think highly of Amazon as a brand thanks to their experiences: the site made both their list of overall most innovative brands, as well as their list of most innovative non-tech brands. Slice identified that more personalization was a driver for Amazon shopping as well. As one 26-year-old explained, “I can’t walk into a store and say, ‘unique gifts for my 21-year-old brother.’” Walmart was the third-place store they shopped at, followed by eBay and Best Buy. When we looked at the responses of the almost 20% who said they shopped on a store not listed, Ulta, small businesses, and Hot Topic were the most popular destinations.

But overall the holiday season shopping takeaways are clear: Amazon is the major competitor for most retailers, and their shopping is shifting more online. Multichannel, convenience, and personalized shopping experiences are winning out.