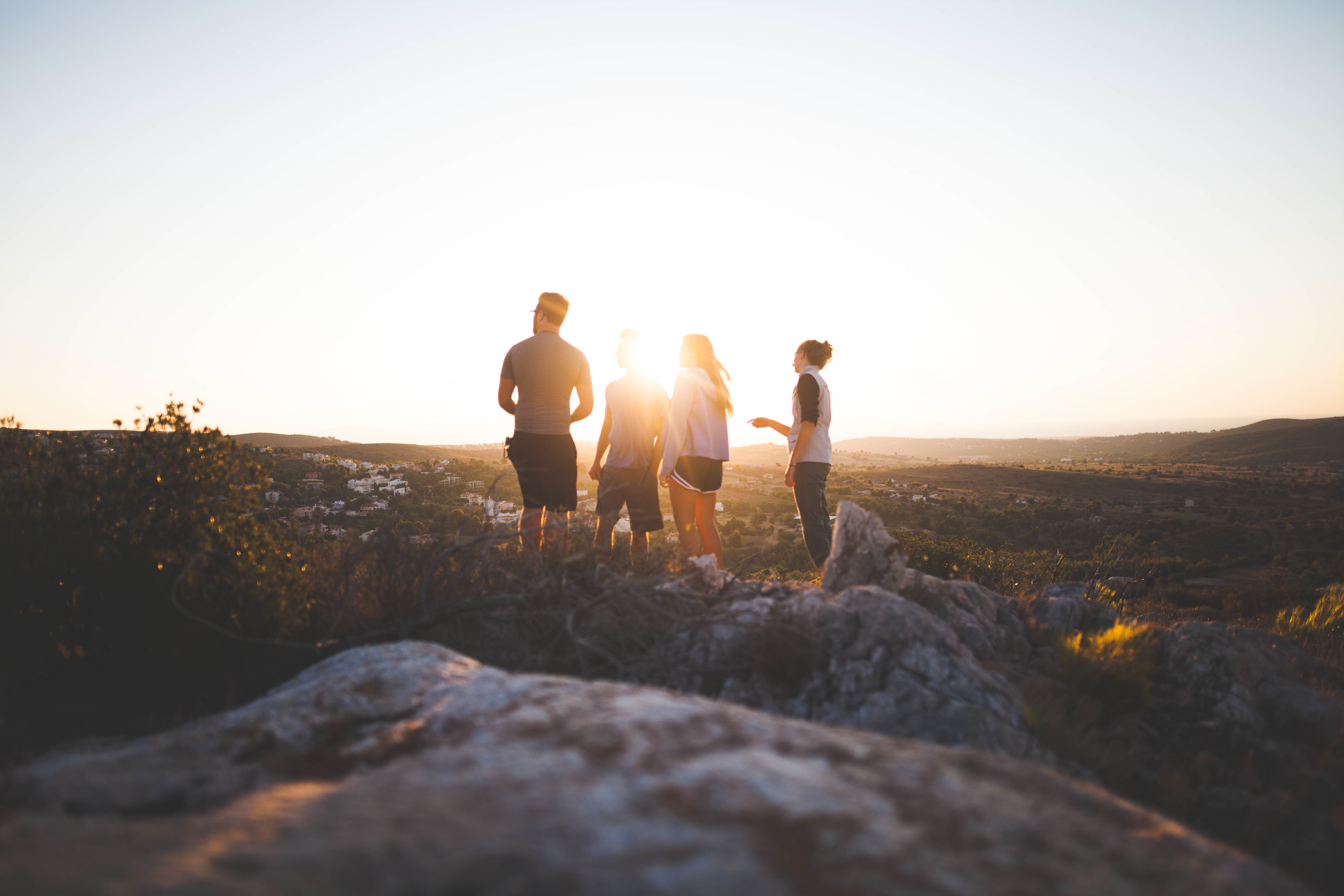 ‘Tis the season for resolutions—and according to Ypulse’s most recent monthly survey of young consumers, 61% of 13-34-year-olds have a New Year’s resolution this year. Males and females are equally likely to have a resolution—and interestingly 18-20-year-olds are the most likely to say they will have one. Non-Millennials have plenty of advice for the generation, suggesting resolutions like investing and purge social media friends. BuzzFeed is ready with posts like suggesting resolutions based on readers’ star signs. (Yes, seriously.) Model Millennial Mark Zuckerburg’s resolution is to “have visited and met people in every state in the U.S. by the end of the year”—a lofty ambition the average young person wouldn’t likely have in mind. But we know what young consumers are resolving to do this year—and even if it’s something they’ll break in the next month, their resolutions show a lot about their values. We asked 1000 13-34-year-olds to tell us what their New Year resolution is as both an open end and close end questions. When we asked them their resolutions as an open-end question, the most-mentioned resolutions were: losing weight, working out, eating better, and being healthy. The majority of respondents listed many things as their resolution. One 16-year-old female listed: “Staying in shape, Keeping up French lessons, Continue playing piano, Save money for car, college, and travel,” and a 25-year-old male listed, “To not forget anyone’s birthday, Lose weight and get toned.” Then, to get a more clear view of what they’re hoping to achieve, we asked what category their resolution best fits into. Here’s what we found over half of young consumers are making their New Year priority: 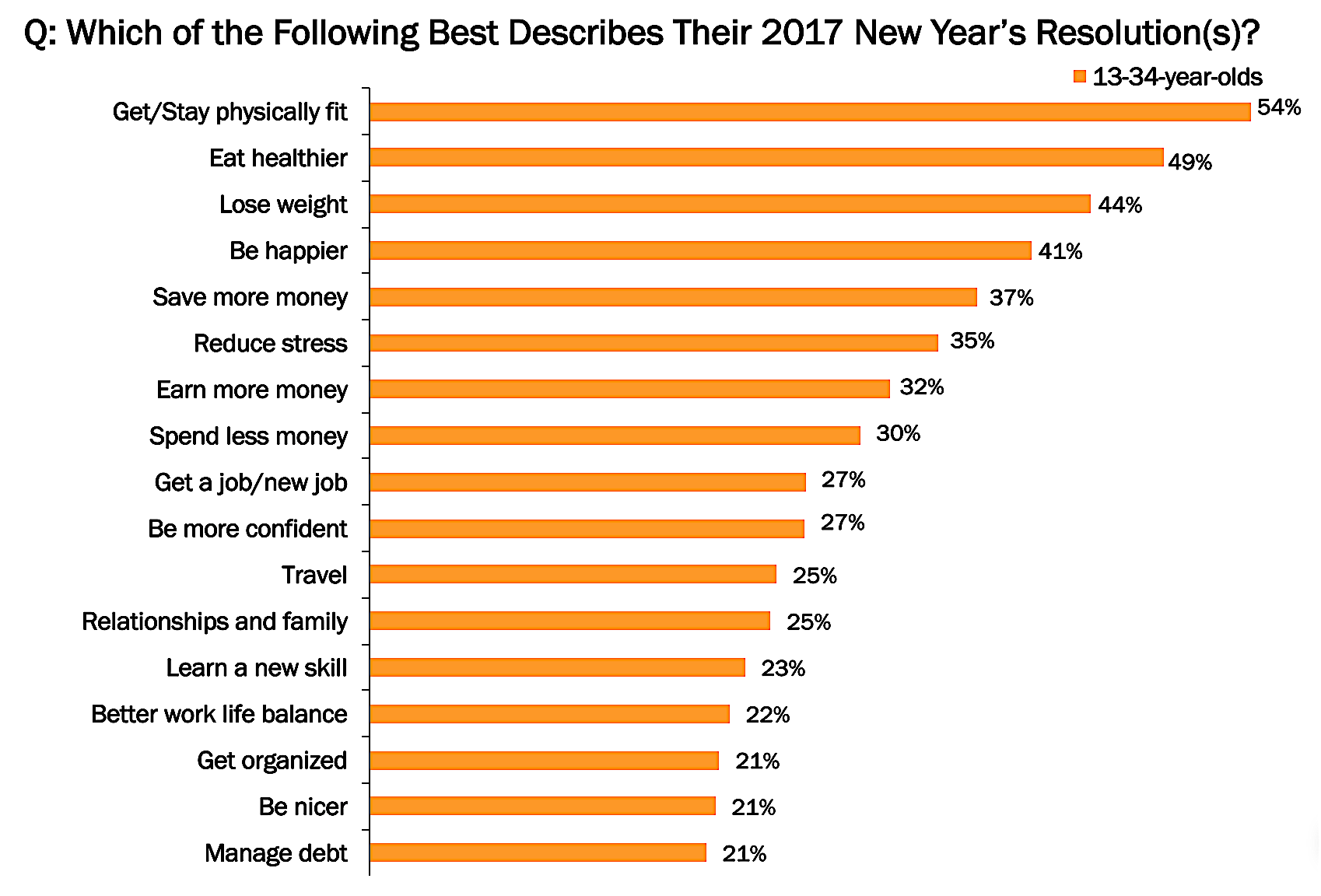 While losing weight might be what many mentioned in their list of resolutions overall, getting or staying physically fit is actually the resolution that more than half of 13-34-year-olds have this year. This makes sense considering their shifting view of beauty and health. When we asked about fitness last year, 73% of 13-33-year-olds agree “I don’t want to be skinny, I want to be athletic,” and 76% agree, “being fit is the new skinny.” Eat healthier is number two on the list with about half saying it’s a resolution—losing weight is actually a third ranked goal, with be happier coming in as a close fourth. Fitness, health, and weight loss are top goals for both genders, but when we look at the comparison between genders, more females clearly have it on their list: 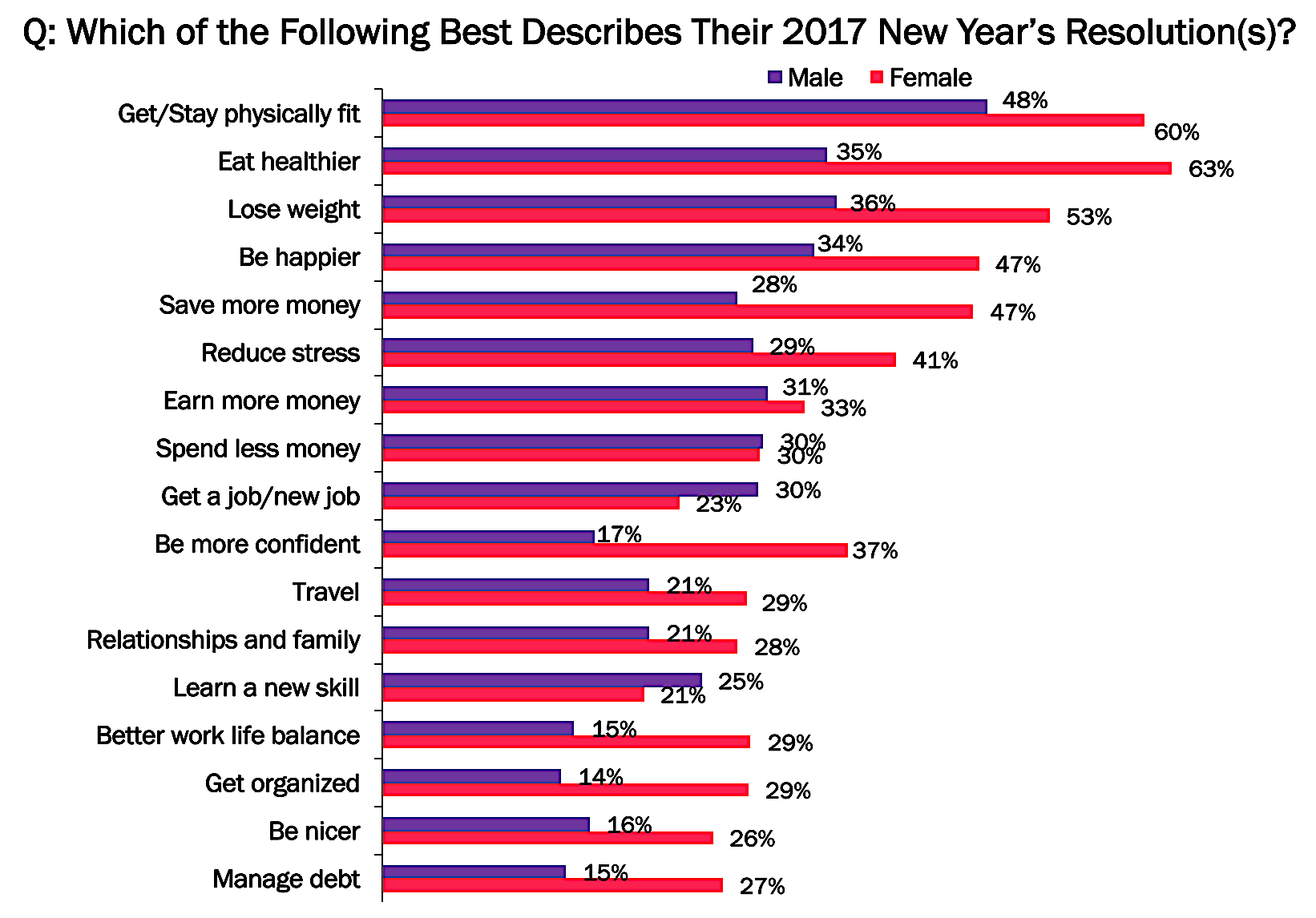 The data indicates that females are more likely to have multiple resolutions, with females outweighing males in multiple categories. Eat healthier is actually the top resolution for females, followed by get/stay physically fit, and then losing weight—and they’re more likely to name all of those as resolutions than males. Females are also more likely than males to say their resolution is to save more money, reduce stress, be more confident, find a better work/life balance, get organized, be nicer, and manage debt than males—an interesting look at young females’ state of mind when compared to their male peers.

When we look at age groups, the top resolution shifts as well: 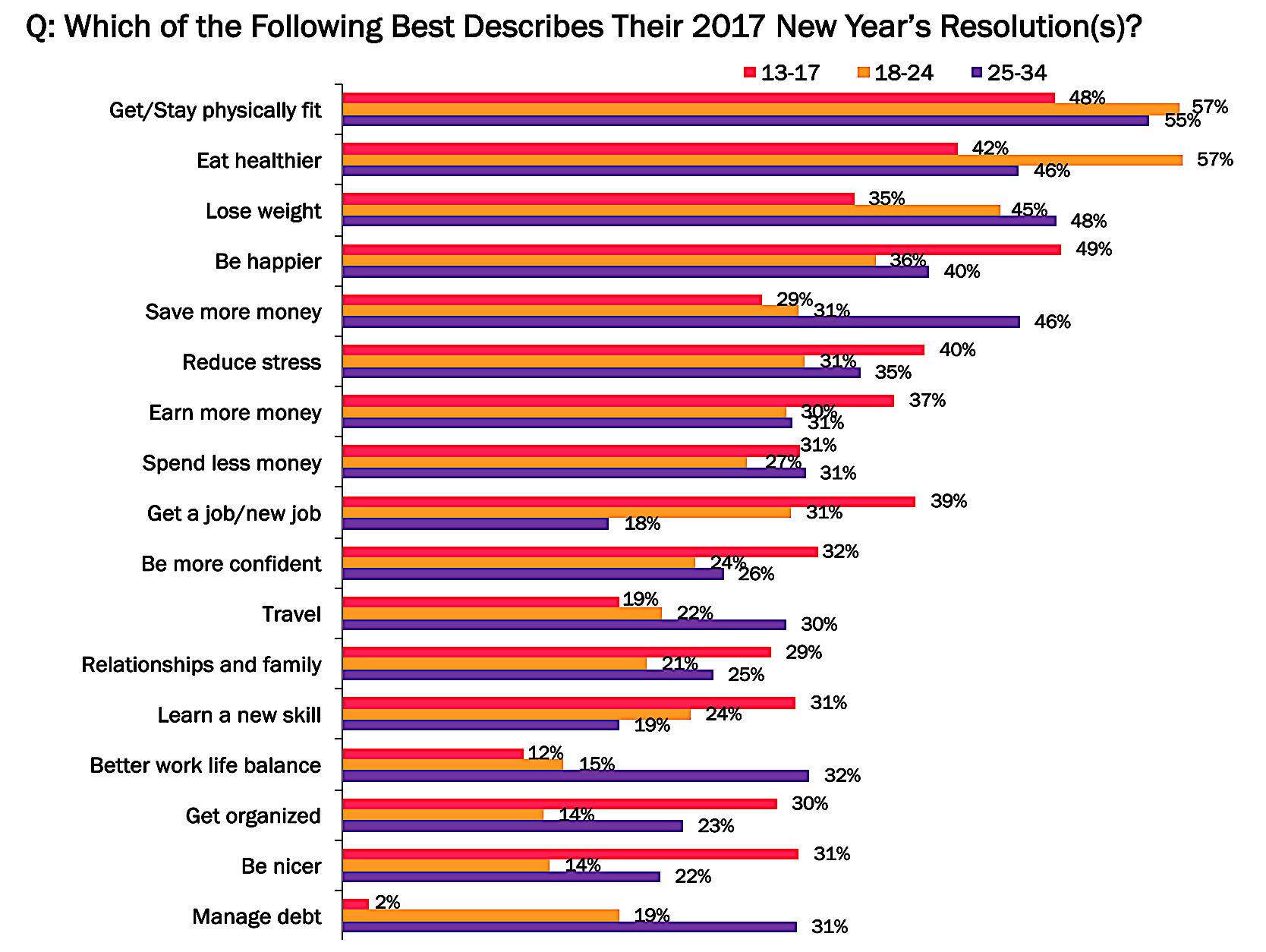 For teens, the top resolution (by the slimmest of margins) is be happier, basically tied with get/stay physically fit, which is the top for 25-34-year-olds, while get/stay physically fit and eat healthier actually tied for top among 18-24-year-olds. The oldest group here is more likely than younger consumers to say their resolution is to save more money, have better work/life balance, and managing debt—all resolutions that other young consumers will likely have later in life as well as they graduate, get jobs, etc.