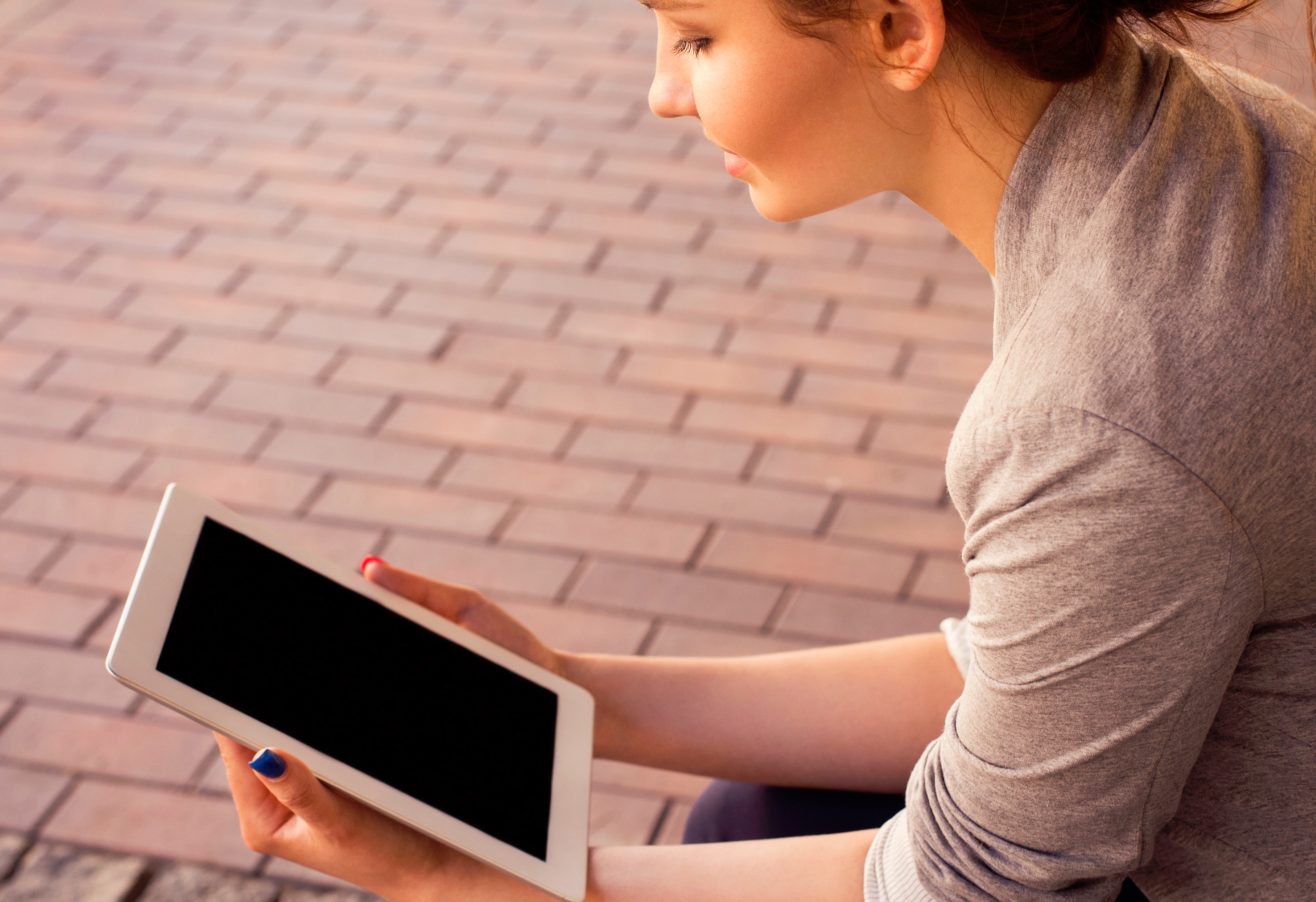 Young consumers aren’t turning to the same sources for different news. We’ve looked at their top news sources overall, and now we’re breaking down the top places they turn to for these topics…

Millennials and teens’ news preferences continue to perplex the industry, and the competition to be Millennials and teens’ news source is cutthroat and full of complications—mainly that they don’t want to pay anyone for news. We’ve reported that social media has become the main place they stay up-to-date on what’s going on in the world, acting as a news source curator that allows them to passively see trending news content without putting in much effort, clicking the news links that seem most interesting as they browse through other content. When we ask which sources they use to get news and up-to-date information, 63% say social media. But their news behavior is more complicated than one stat. We also asked 13-33-year-olds to tell us the one source (specific site, newspaper, show, app, etc.) that they turn to for news, the top two most-named sources were not social platforms—in fact, four out of their top five go-to sources were “traditional” news outlets. So while social media’s influence over their news seeking is undeniable, the reality is that they’re looking to multiple places to give keep them up-to-date, and those places aren’t necessarily the same for every topic they’re interested in. Throughout the year, we’ve asked young consumers where they go when they want to get news or information on entertainment, sports, and fashion news—and we’re breaking down their sources for each. Starting with the top places they go for entertainment and celebrity news: 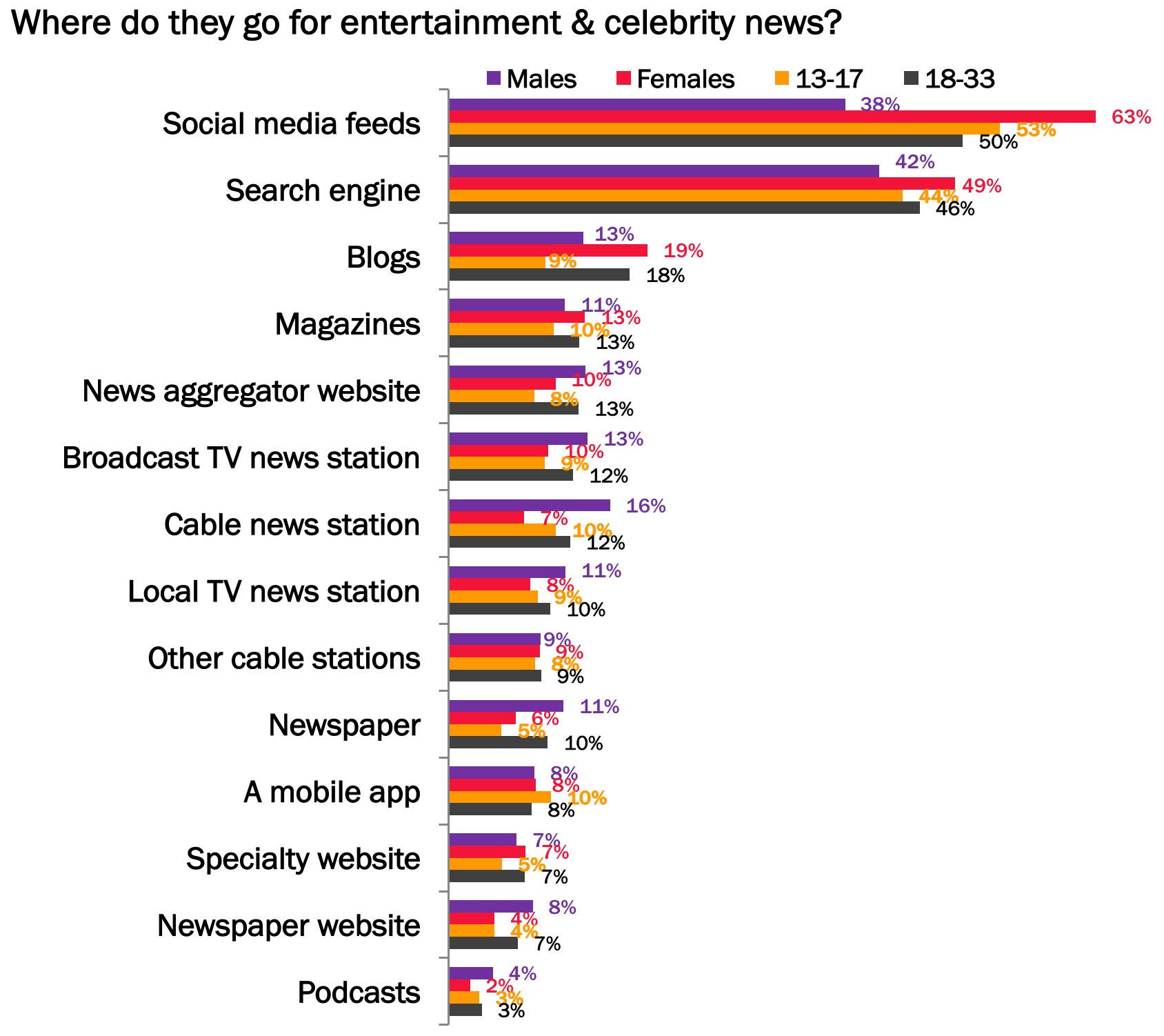 Social media ranks as the top place that females turn for entertainment and celebrity news, while males are more likely to turn to a search engine—indicating that females are coming across entertainment and celebrity news in their daily behavior, while males will seek it out when they’re interested. When it comes to sports news and scores, active searching becomes even more important: 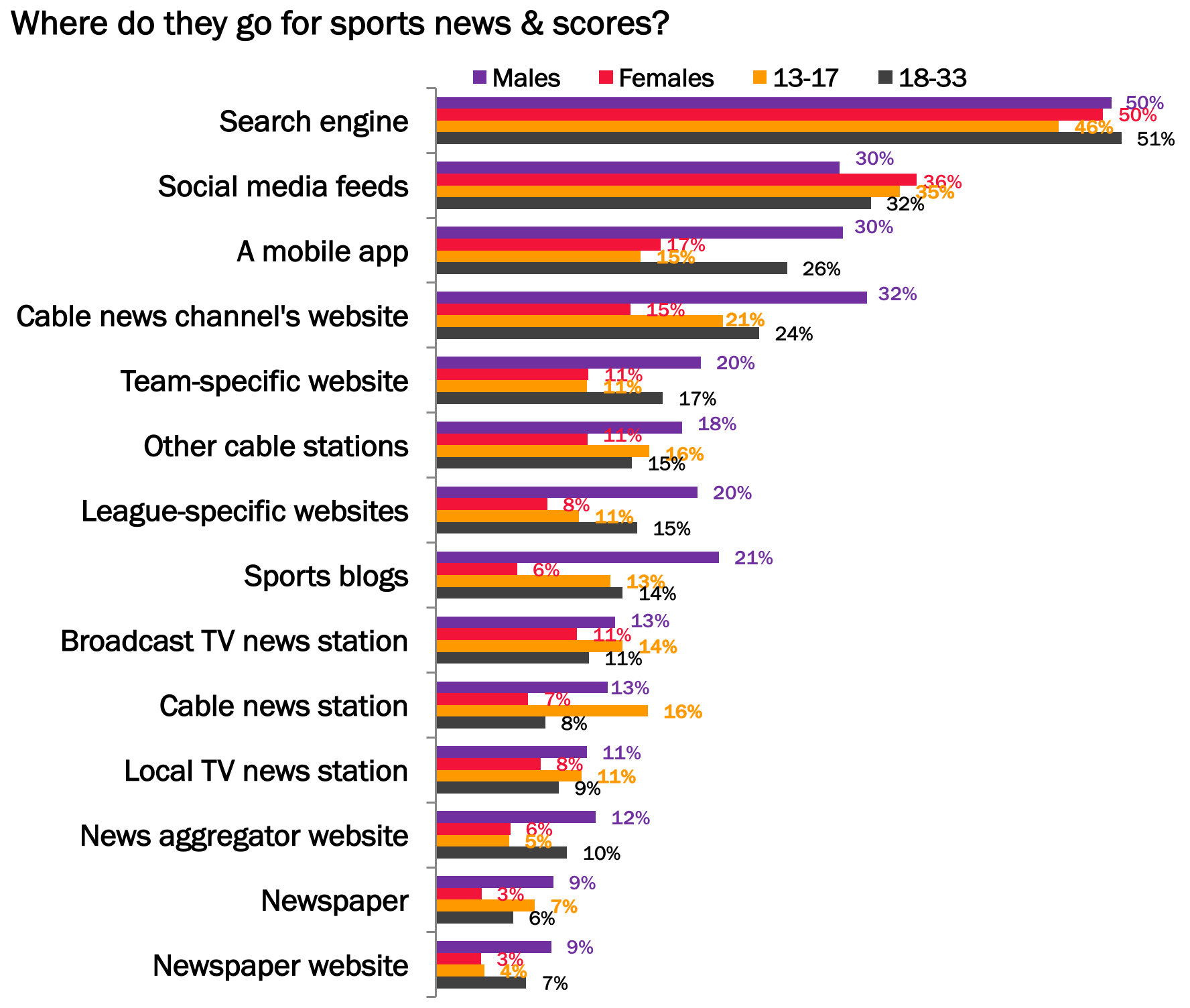 For this topic, a search engine is the top source for all groups, followed by social media. For 18-33-year-olds, a mobile app is the third go-to source for sports news, and an app ranks a close fourth for males.

But their behavior around fashion trends and news shifts things again: 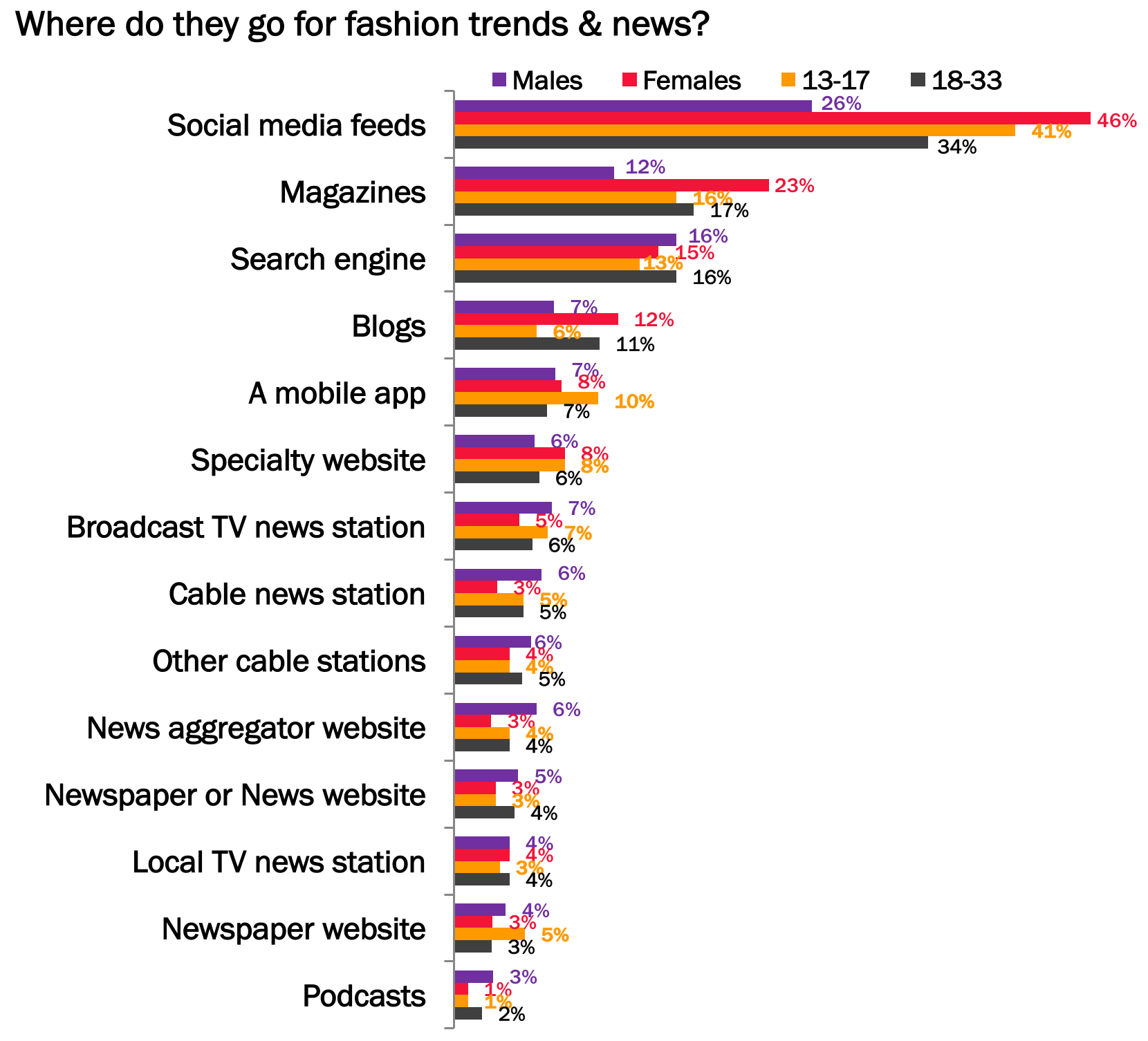 Social media feeds are the top source for fashion news and trends for all groups, especially females, who are likely seeing designers, models, and retailers on their Instagram and Pinterest feeds more frequently. For young females, magazines are still a major source of fashion news, ranking as their number two go-to, but search engines and blogs are not far behind.