Escaping the Election: How Millennials Are Making Fun of Politics

The election is the butt of the joke for an increasing amount of projects and products trying to give Millennial voters an escape.

This election cycle is anything but boring. For the first time, Millennials will have the same electoral share as Baby Boomers. But that won’t matter if they don’t get to the polls, and one survey found Millennials “are more disengaged in politics than they were just four years ago.” The generation has grown incredibly wary of politics, and the current, extreme, political climate. Harvard’s 2016 political poll among 18-29-year-olds found that of the current candidates, only Sanders has a net positive rating, and 50% say “’politics today are no longer able to meet the challenges our country is facing.’” Another sign that they’re tired of the political system: an increasing amount “refuse” to call themselves Republican or Democrat. Almost half of Millennials identify as independent, and the number of total independents in the U.S. is at its highest point in over 75 years of Pew polls. Researchers say the digital age has created a generation that is detached from politics, and social media has allowed them to “design their own unique platform of views.”

That’s not the only thing that social media—and digital platforms in general—have allowed them to do. This election is one of the first to take place in the age of internet culture, and as usual, they’re coping the best way they know how: by making fun of all of it. While it’s never been so easy to be bombarded by election it’s arguably also never been so easy to share a collective laugh (and sigh) over the political antics going on. Election memes and GIFs are running rampant, and we’re seeing a rise in projects, apps, and products that put politicians on blast, and inject some humor into a brutal election cycle. We’ve rounded up some that showcase the trend in action. We’ll note that there are more Democratic-leaning jokes in the list below than Republican—but that aligns with the generation’s political beliefs: 57% of 18-33-year-olds tell us they think the next president will be a Democrat. 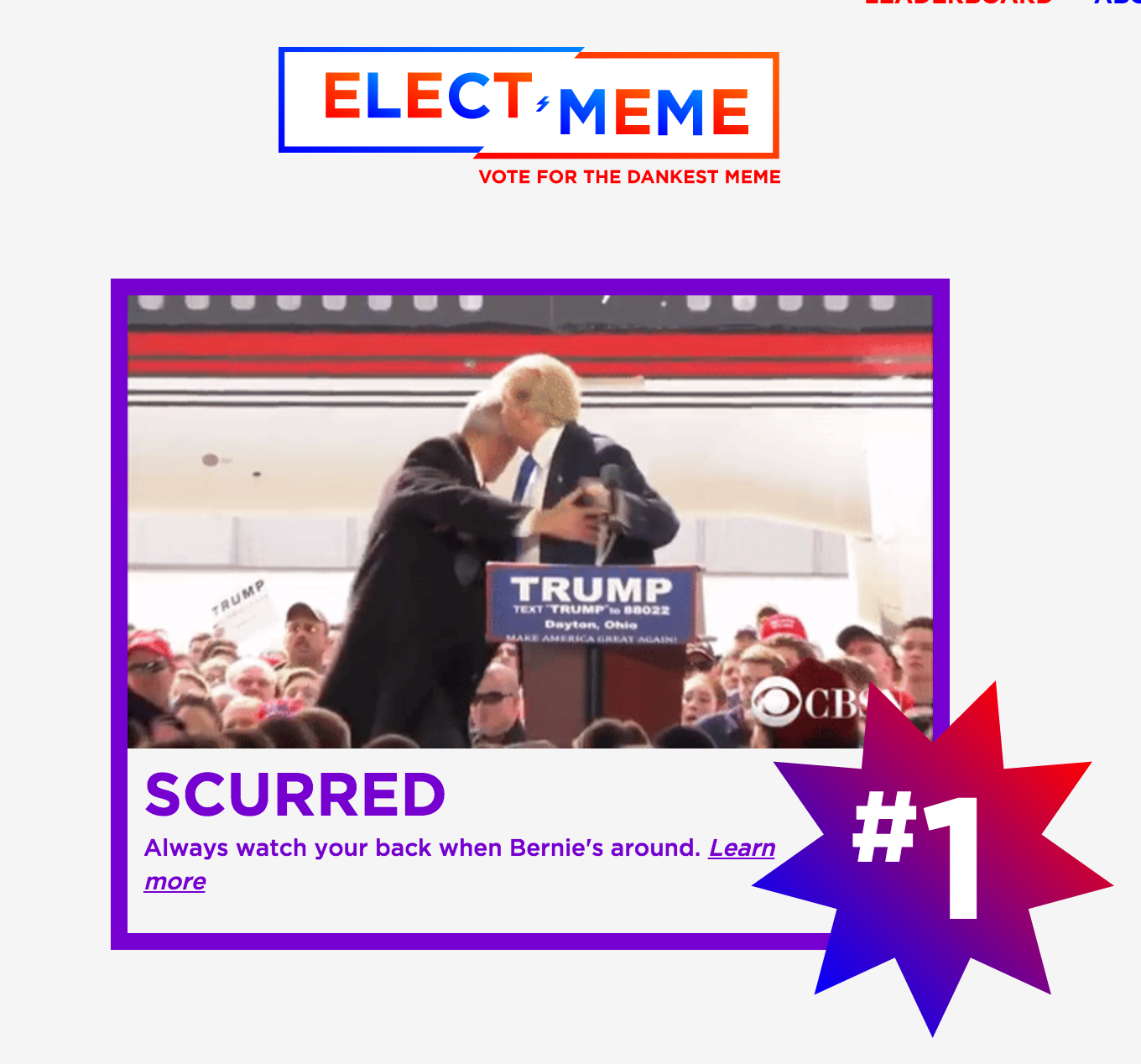 Millennials who don’t want to cast their vote for any of the remaining candidates can at least vote on the best memes coming out of the election. Digital agency Big Spaceship has created the political meme showdown site Elect Meme to showcase the trending content coming out of the election. Visitors to the site see two political memes side-by-side, and vote on the one they think is funniest—no political debates necessary. Since launching, visitors have reportedly voted for their favorite memes over 22,000 times—and the current frontrunner is the Bernie and Trump GIF we’ve used above. But it’s not all fun and games. Elect Meme’s site includes this message for Millennial voters: While the clearest winners of the 2016 elections season are dank memes, the actual winner is pretty important too. In fact, we think the 2016 us presidential elections could be one of the most important elections in history. We hope that this, in its own small way, helps engage a new generation of political participants on both sides of the aisle…and please vote. Not just for memes.

Two twenty-somethings have created a way to let their generation blow off some political steam and vent their frustrations over election issues and government gridlock. Over one weekend this January, twentysomethings Amelia Friedman and Param Jaggi conceived, designed, and launched The Election Game, a Cards Against Humanity inspired deck of red and blue cards that make fun of the election and all the candidates. Friedman tells Forbes that members of her generation “feel like this election cycle is lasting forever and people have to pick from the best of the worst,” and “need some comic relief.” Cards contain phrases like “It’s so easy to hack the CIA. Even ____can do it.” And “Ben Carson Taking a Nap.” The site suggests combining the deck with Cards Against Humanity “for extra (nervous) laughs.” 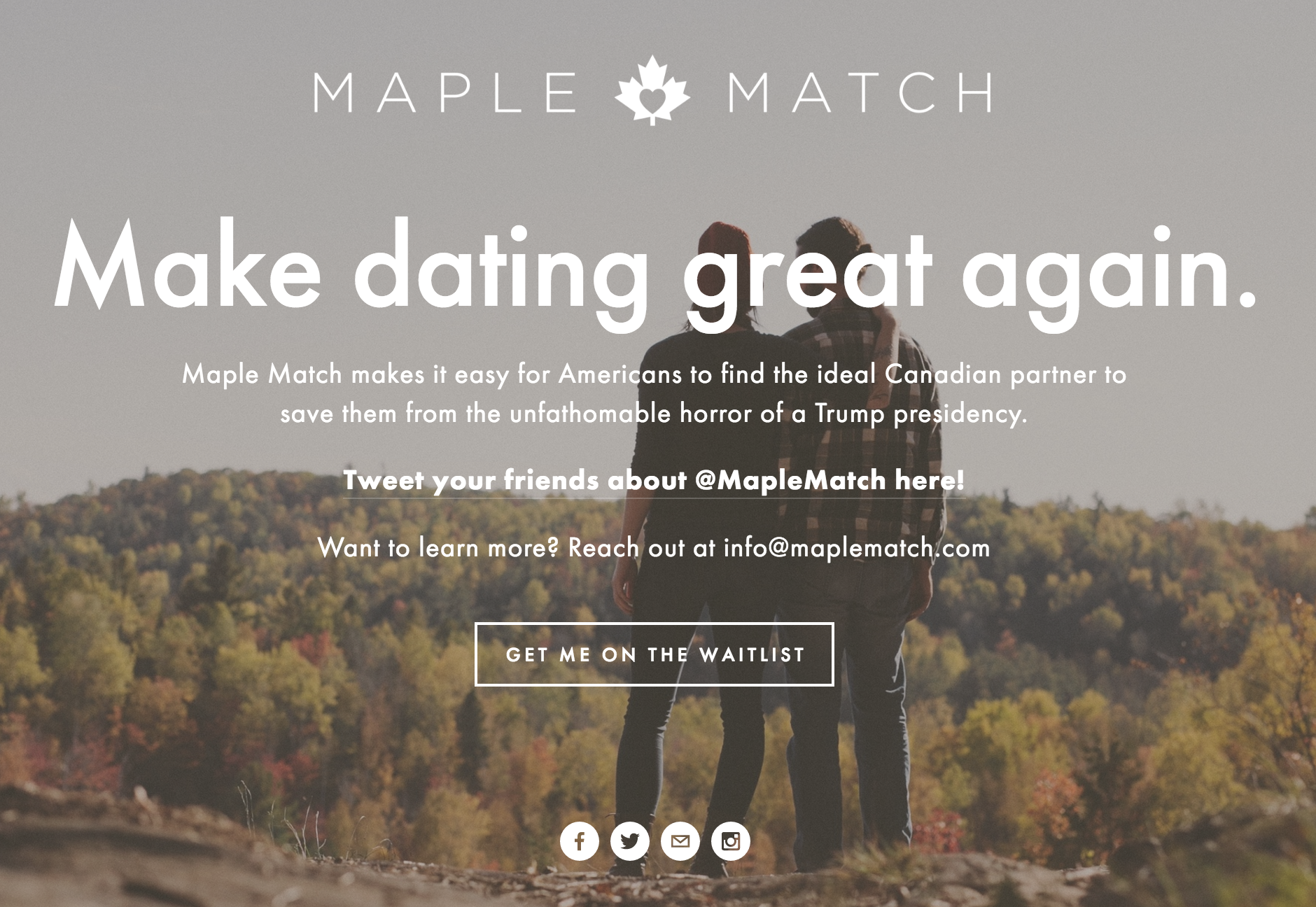 “If X wins, I’m moving to Canada.” That statement is guaranteed to be heard during any election cycle, but during this digital-inside-joke time, a new dating site has been created to help Millennials make that threat into a reality. Maple Match—whose slogan is “Make Dating Great Again”—promises to match up Americans who want to flee a potential Trump presidency with Canadians they can escape to. The site is currently collecting signups for its waitlist—which makes us think it could be a really well-done spoof—but sign ups reportedly spiked after Trump became the Republican frontrunner. 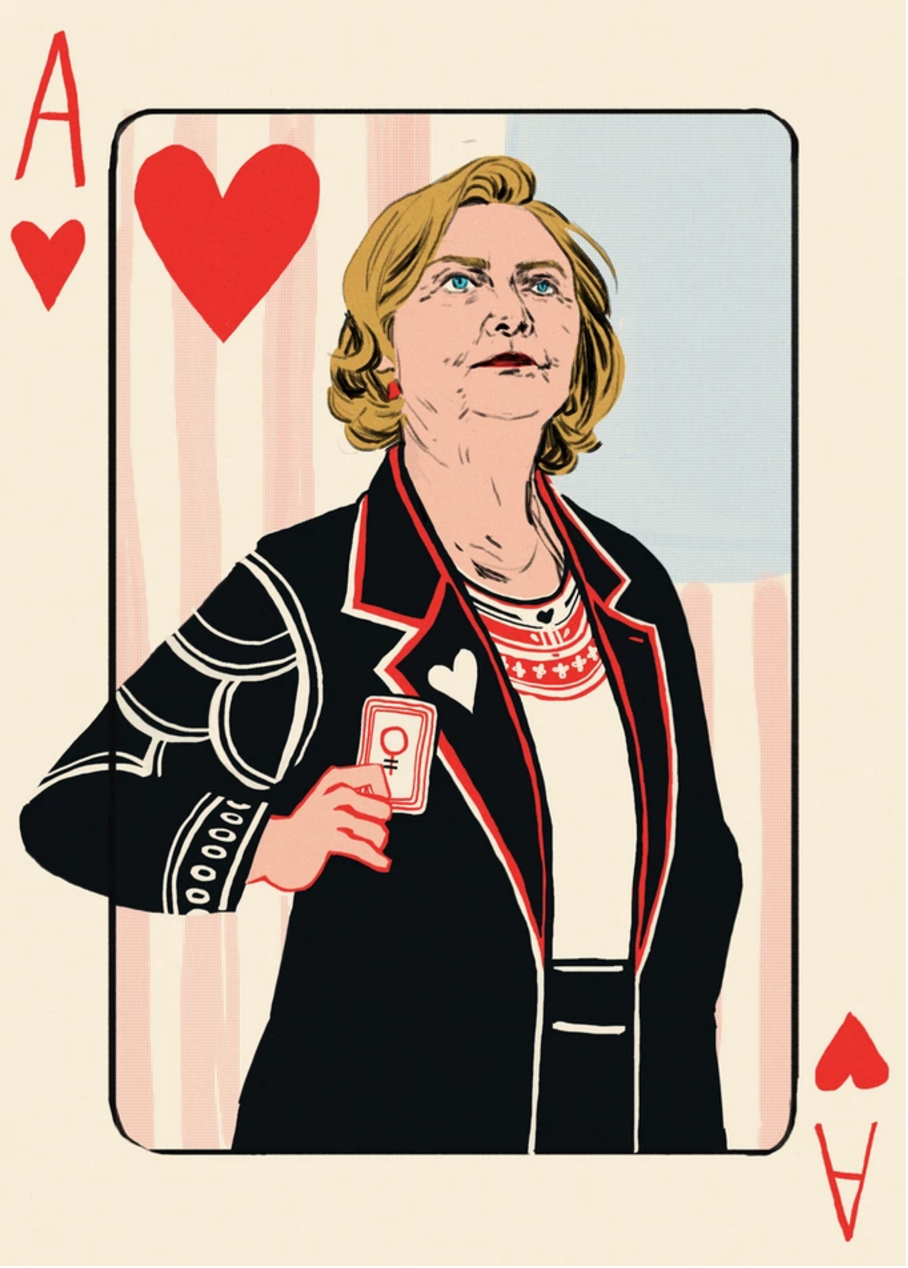 Donald Trump’s comment that opponent Hilary Clinton has been “playing the woman’s card” has at this point become infamous—but 24-year-old Zach Wahl’s saw the criticism as a comedic opportunity. Almost immediately after the quote began to go viral, the Millennial, and his sister, launched a Kickstarter campaign to create “The Woman Card(s)”: a deck of playing cards featuring strong women like Rosa Parks, Ruth Bader Ginsberg, and, yes, Hilary herself. The siblings met their $5000 goal within four hours, and have currently raised over $125,000, with 15 days still to go on their campaign. Incidentally, Clinton has raked in millions with her own Woman Card—so clearly wringing the humor out of election tensions can seriously pay off.