How the Generational Divide Is Taking Over Hollywood

New shows and movies are shining a spotlight on the battle between Millennials, Boomers & Xers in the workplace…

Unless you’ve been unplugged for the last month, you’ve probably heard about the Millennial Yelper who got fired recently in a very public way. She was quickly let go after her open letter to the CEO went viral. The emotional letter, posted on Medium, detailed the 25-year-old woman’s plight of making a low salary and struggling to afford housing, transportation to work, and food. Her complaints have spawned both backlash calling her a spoiled, entitled Millennial, and a debate over whether her grievances were warranted. Yelp CEO Jeremy Stoppelman acknowledged via Twitter that the cost of living in San Francisco is too high—but did not address the low pay of Yelp employees. 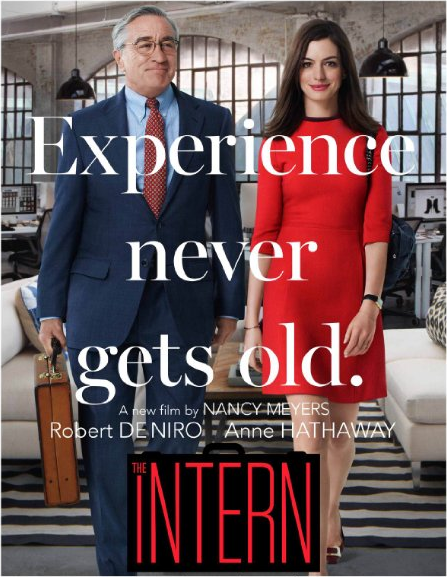 We are used to hearing about generational discord in the workplace, and Ypulse President Dan Coates has written about getting past generational generalizations to find peace, love, and understanding among Boomers, Xers, and Millennials. It seems everywhere you turn these days, the conflict between generations in the workplace is being debated. It’s even a problem in the NBA, where just last month the owner of the Phoenix Suns decided to blame one of his player’s bad season on Millennial culture. His statements created a backlash response, including statistical evidence that NBA teams with Millennials on them do better. But that backlash is not usually the reaction to Millennials in the workplace tales, which more often than not are about pitting the generations against each other in a battle of who hates who more. So perhaps it shouldn’t be surprising that this seemingly endless well of clashes, debate, and drama is now being used as fodder for entertainment that shines a spotlight on Millennials versus Boomers and Xers.

Last year, Robert De Niro and Anne Hathaway starred in The Intern, which turned generational differences in workplace culture into a big budget comedy. In it, 70-year-old widow, Ben Whittaker, becomes bored with retirement and signs up for a senior citizen intern program. (Those Boomers just cannot stand to retire!) He gets the opportunity to become an intern for an online fashion site where he wins over his co-workers and eventually the Millennial founder of the company, played by Hathaway. Through Whittaker’s wisdom and sense of humor, they develop a special friendship, and he advises her in career and family issues. But much of the comedy is derived from the vast differences between Whittaker and his new Millennial coworkers. His insistence on wearing a suit is a punchline, but later becomes evidence that Millennial men just aren’t stepping it up. Hathaway cries, “How in one generation have men gone form guys like Jack Nickelson and Harrison Ford to… “ She just trails off as she looks at schlubby looking male employees… 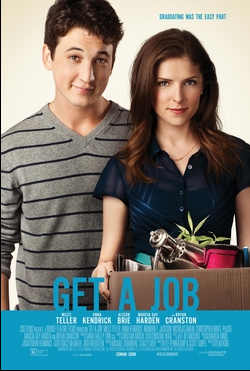 This month, the movie Get a Job takes a slightly different spin on the generational workplace story, focusing on Millennials’ struggle with employment and financial problems. Starring Anna Kendrick and Miles Teller, the story starts off with two optimistic, bright-eyed college graduates who are in love and ready to take on the world. Unfortunately, they soon face the challenges of a tough economy with layoffs and downsizing. Teller triumphantly walks into his first day at a job as a reporter to be told casually, “We don’t have a job for you.” While the two leads alternately lose jobs and tell each other to “step up,” they attempt to make rent, deal with debilitating student loans, and enjoy being young. Through it all, Teller’s father, played by Bryan Cranston, is there as the Boomer dad putting on the pressure to be successful ASAP post-college. In the trailer, Kendrick proclaims, “I’m 22-years-old and I have no idea what I’m going to do with the rest of my life—and I’m fine with that!” The film tells the story of every Millennial who graduated only to find the world is not their oyster, and clearly wrings the comedy out of their generational slump. 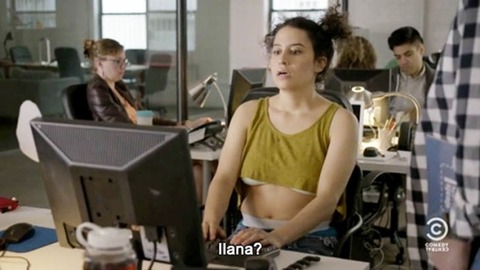 But generational workplace struggles and discord aren’t just coming to a theatre near you. It was just recently announced that Joel McHale will soon be starring in CBS’s The Great Indoors, in which an “outdoorsy” reporter is forced to manage a group of Millennials (gasp!) at the digital department of a magazine. His young team, who work in social media, see Joel as an “oddity from another place and time,” so be prepared for a lot of “Gen X vs. Millennial jokes.” Millennials themselves are not hesitant to poke fun of some of their quirkier workplace tendencies on TV. Take Ilana on Broad City, who tortures her boss (who in this case is likely not much older than she) and her coworkers at a tech startup with her inability to work hard, arrive on time, or dress appropriately.

As Millennials continue to enter the workforce, and climb their career ladders, en masse, we doubt generational struggles in the office (or the basketball court, or the blog-o-sphere) will dissappear, so we could also continue to see Hollywood use it as comedy inspiration.