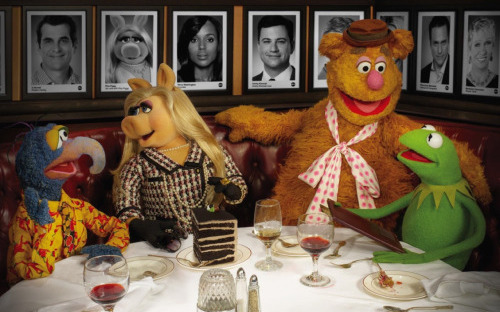 Now that the new fall TV shows have premiered, which shows are Millennials watching?

Attracting viewers begins with awareness. The Muppets, Fear the Walking Dead and Heroes Reborn have a significant awareness advantage based on their TV lineage, while Limitless and Minority Report were based on movies that Millennial viewers know and like on a conceptual level. By the time Labor Day weekend rolled around, more than half of Millennials were aware that Muppets and zombies were headed their way.

Promoting their new fall lineup is a major priority for networks and a steady stream of promos filled the airwaves during the month of September.  As the premieres kicked off, the 10 new shows with the highest levels of awareness among Millennials were: The Muppets, Fear the Walking Dead, Scream Queens, and Heroes Reborn.  Whether as a result of effective marketing or solid word of mouth recommendation, Best Time Ever with Neil Patrick Harris and Narcos witnessed triple digit gains in awareness, with Blindspot, Quantico and Blood & Oil seeing large double digit increases in awareness in September. 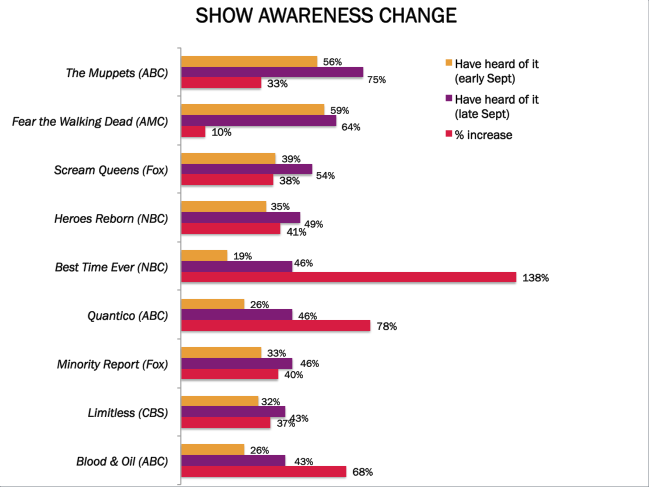 In the wake of the first week of premieres, a clearer picture of what Millennials are watching emerges, showing a high level of correlation between awareness and viewership. Combining viewing as well as viewing intent, the top five new shows among Millennials are The Muppets, Fear the Walking Dead, Scream Queens, Best Time Ever with Neil Patrick Harris and Heroes Reborn.  Within these numbers, we can see solid traction for The Muppets, Quantico and Heroes Reborn as evidenced by higher viewing intent than actual viewing to date. Clearly, Millennials have been told what they’re missing and plan to add a few new shows to their list of must see TV. 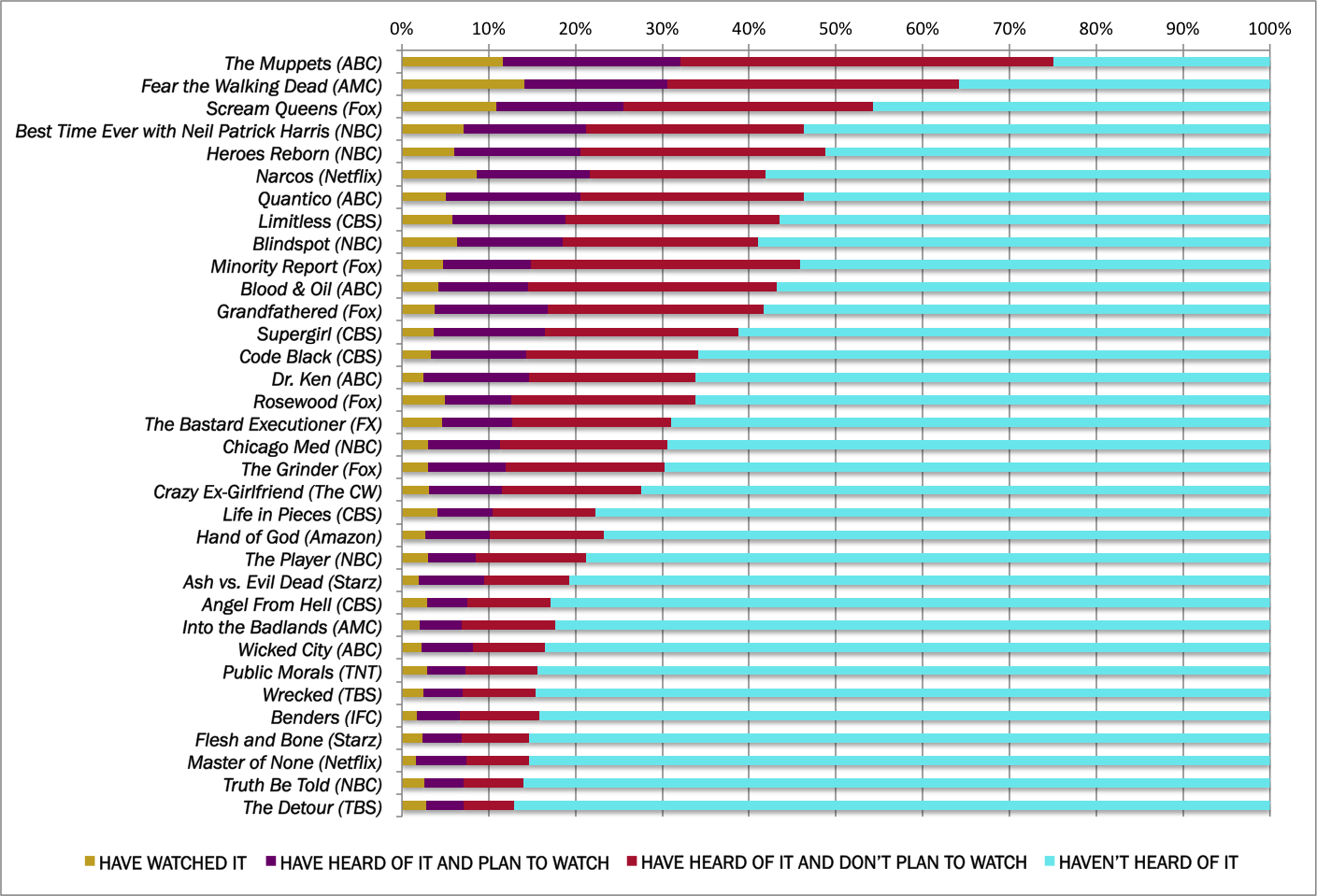 When it comes to television production, hope springs eternal. There’s always a chance that a show will stumble upon an appreciative audience and scheduling often determines a show’s fate.  We can expect the networks to experiment and evolve their lineups in response to what their competitors are doing well or poorly, while reviews, word of mouth recommendation and continuing network promotion will shift the landscape before any decisions to cancel are made.

Stay tuned tomorrow to find out how we, as marketers, can wager on this horse race.