Marketing With Music? You Need to Know Your Millennial Audience 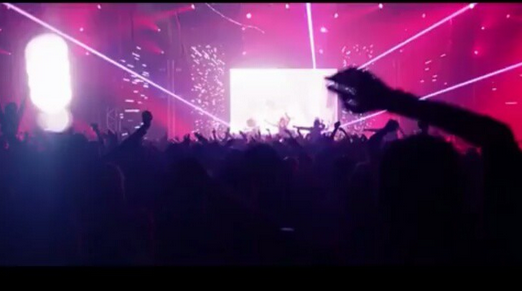 Making music marketing a part of your efforts to reach young consumers? You better know your Millennial audience—not every event and fan group makes sense for every brand.

Today’s post is from Cortney Harding, former music editor at Billboard and current host of the music and tech podcast the Upward Spiral, who’s sharing her insights on the new realm of social media music.

In the 1996 grunge documentary “Hype,” an indie-label employee mocks the rush of brands who blindly rushed to the Pacific Northwest in order to sell product. From a grunge-themed 1-800-COLLECT spot to Kmart’s fall flannel line, almost every company tried to sell teen angst—and it didn’t pay off well. Though this example is almost twenty years old, it’s still very relevant; as more brands try to engage with young people through popular music, they can make some very big missteps.

Some of these errors reflect a lack of connection with and misunderstanding of the culture surrounding a particular genre. An EDM festival in a major Asian market that was sponsored by a beer company turned out to be a flop, even though EDM and beer are both popular in the market. What the brand failed to take into account was that the market never had a big rave culture, so all-day-and-night dance parties weren’t the norm. The last thing these young attendees wanted to do was stand in line for a beer, and then in line for a toilet, when they’ve paid big bucks to come and dance.

Rather than simply slapping their name on a EDM festival because that happens to be the hot new thing on the music scene, the brand should have taken a step back to figure out what the music event that made sense for their brand might be. There are plenty of other genres with big Millennial audiences—like rock, hip-hop, and country—that would have been much more amenable to the product and come away with a more positive feeling about it. Rather than spending money on a dance festival where the audience will be big but the impression small, the brand should have focused on another type of event, with a potentially smaller, yet much more engaged, audience.

Brands can’t simply pick a genre that’s hot and shoehorn themselves in without getting some pushback. A candy company recently sponsored a house for indie rock bands in Brooklyn, and while it was a great resource for musicians, something about it felt off. Converse starting a studio for emerging bands makes sense—think of how many artists wear the sneakers and how the brand is tied to rock culture. Now think of the last time you thought about hipsters eating candy. Unless it was artisanal, locally sourced candy, it probably wasn’t any time in the recent past. As cool as indie rock is, perhaps going after a more pop crowd, which is arguably more associated with bright, cheerful sweets would have been a better move.

This isn’t to say brands shouldn’t be open-minded and experiment with finding new musical partners and audiences. There are plenty of great examples of odd pairings resulting in something cool, like a recent Microsoft collaboration with hip DJ Matthew Dear. Dear used Microsoft’s technology to create an immersive sound experience and staged it a gallery, creating something different and authentic that would appeal to even the most loyal Apple fan. But that’s much different than just finding a cool artist and slapping a logo on their work. Brands should absolutely use music to connect with Millennials—they just need to make sure they’re not losing the beat when they do it.

Cortney Harding is a writer and consultant based in Brooklyn, NY. She served as the music editor at Billboard and is currently host of music and tech podcast the Upward Spiral. Harding has also spoken and moderated at many conferences, including SF Music Tech, Digital Music Forum East, Billboard’s Women In Music, and Music and Money.