Millennial Media Takes on the Election 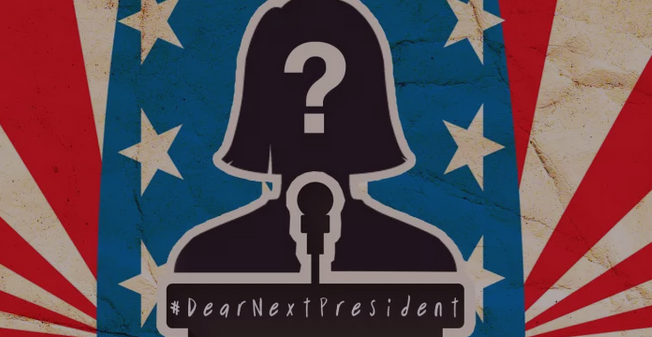 Millennial-targeted media are getting political with campaigns and plans to engage, and maybe influence, young consumers on their way to the polls.

The presidential election may be a long, long ways off—but you wouldn’t know it looking at the news, where candidates jockey for attention and dominate headlines with scandals and gaffes galore. It might not be clear which of these many potential presidents will actually be running, but we do know one thing: Millennials could very well be a deciding factor.

Though some young consumers tend to tune out a lot of politics, and they certainly don’t trust the government all that much, they wield some serious power if galvanized. They are the generation credited for getting Obama elected after all. But since 2008, quite a bit of wind has gone out of their political sails. When a 2014 poll asked who they blame the “political gridlock” in Washington on, 56% of 18-29-year-olds said “all of them.” These young consumers are also more likely to volunteer than to vote in the midterm elections. The Millennial turnout for those elections was particularly abysmal. A group of students set up a “non-voting” booth to find out why their peers appeared apathetic and found “Most [said] ‘I don’t feel like my vote matters.’”

So it could take quite a lot to get them engaged again. But something else has changed since 2008: in the years since that election, a whole industry of Millennial-targeted media has grown. Major players in that group, BuzzFeed, Funny or Die, and Fusion, are gearing up for the political action to come with campaigns and plans to get their Millennial audience politically involved—and potentially influence them as well. Here’s what we’ve seen so far: 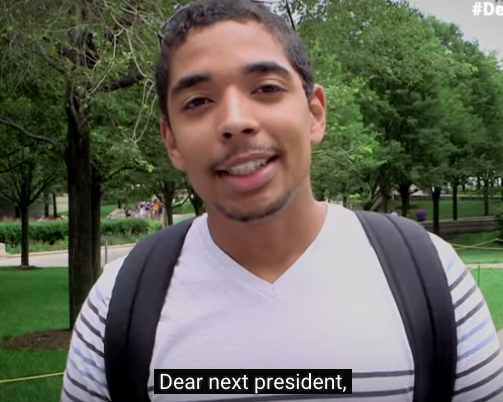 Fusion is gearing up to act as the voice of young voters, launching the #DearNextPresident initiative to find out exactly what issues matter to Millennials. The campaign is currently a series of online videos and a hashtag crowdsourcing effort to collect the concerns of young voters. #DearNextPresident contributions are being collected on Twitter, Facebook, Snapchat, and Instagram from now until the election in 2016. Initial interviews with young people across the country brought some of those issue to the surface: “student debt, the environment, cost of college, and reproductive rights are just a few at the top of the list.” The network is shifting its entire focus to coverage of the 2016 election, cutting programs and re-enlisting talent to become unconventional political reports. 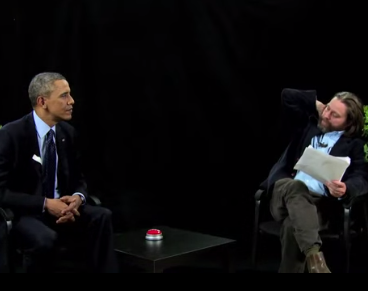 Funny or Die might not seem like a political power player, but they’ve already had a hand in some historic moments. President Obama’s appearance on “Between Two Ferns” to talk Obamacare reached a huge audience of Millennials, and was considered a pivotal part of getting them to the Affordable Care Act Website. Before that they comedy site created videos like “Prop 8—The Musical,” and Paris Hilton’s response to John McCain during the 2008 election—all getting young viewers to take a dose of political news with a big spoonful of web comedy sugar. Now they’re planning to wield even more Washington influence. The Daily Beast reports that “Will Ferrell and Adam McKay’s comedy website is plotting to become a player in the crazy, dirty 2016 presidential election, and beyond.” The site has tapped a former White House public engagement expert to become their one-man Washington outpost to create “lighthearted videos that promote a cause, piece of legislation, or even candidate.” Funny or Die reports that they’ve seen interest in partnerships from both sides of the aisle, and as their D.C. office has said, “Whether you’re a Democrat or Republican, there’s no better way to engage young people and get them excited and interested [in politics] than comedy.” 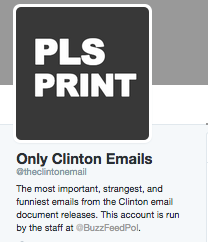 Perhaps the most influential Millennial site, BuzzFeed has changed dramatically in the last few years, transforming from a click-curated meme collector to a burgeoning news influencer. The site has worked hard to be taken more seriously, and by now, serious current events are a regular part of their content (sprinkled between the lifehack and “what cookie are you” quiz posts, of course). BuzzFeed Politics recently caught some attention for setting up the Twitter account Only Clinton Emails, which regularly tweets out entertaining tidbits from the Hilary email archive. The Twitter feed is a hint at what kind of political coverage and influence BuzzFeed might wield. Rather than having all activity and engagement take place on their site, they’ll be disseminating interesting content and information on multiple platforms—a technique that the candidates might just want to borrow from. The humorous spin is of course there, but they’re also in a position to feed Millennial voters the data on candidates that they might otherwise not dig up.