Millennials & Fashion Week: Q&A With the Founder of TheImpression.com 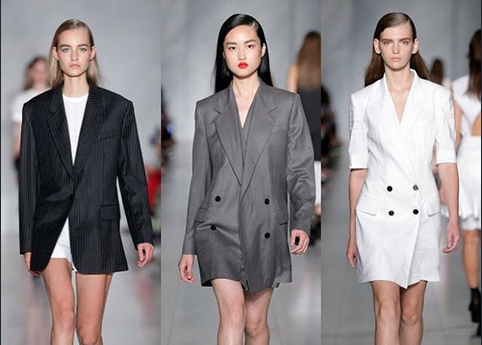 The fashion week trends young consumers will love, how Millennials are impacting the fashion world, and more in our Q&A with the founder of The Impression.

Millennials are impacting more and more fashion brands as their spending power grows. At the same time, older Millennials are reportedly starting to splurge a bit more on luxury fashion with consumers 27-35-years-old began spending twice as much as 18-26-year-olds in 2015, when the two groups had spent equally in 2014. Designer Jason Wu (also a Millennial) says that his peers are “now interested in long-lasting quality items, not just what is cheap and expedient.”

Kenneth Richard is CEO and founder of The Impression, a fashion site that covers the latest sartorial news, designers, ad campaigns, and marketing trends. Kenneth spent last week watching the runways of New York Fashion Week, and we’ve picked his brain on everything from what trends he saw that Millennials will love, to what young designers to watch, to how Millennials’ take on luxury is impacting the fashion world, and more: 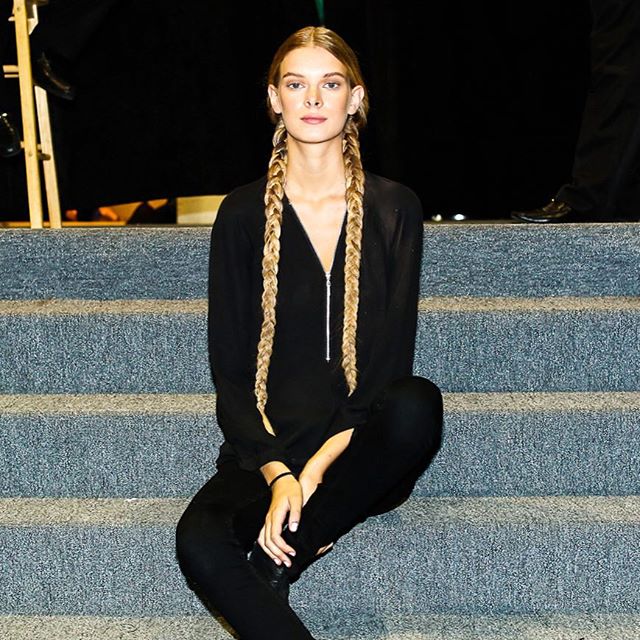 Ypulse: What trends did you see at fashion week that you think will be especially appealing to younger consumers, i.e. Millennials & teens?

Kenneth Richard: Relaxed, relaxed, relaxed. Heels were a rarity for the lions-share of designer collections this season and that casualness worked its way up to sportswear that boarded loungewear. The idea of suffering form over function has been replaced with pajama function.

YP: Is there one major trend that you think is influencing design and what you saw at fashion week?

KR: Gender neutrality. There is a wave of designers that are looking at fashion from an asexual point of view, which is something the industry has never seen before. Males modeling women’s clothes and visa-versa. We’ve seen this jump the runway to ad campaigns from Acne to Givenchy.

YP: We’ve seen social media take quickly to the fashion world with massive followings influencing the status of up-and-coming models and new designers. How do you feel this exposure has changed the fashion week landscape?

KR: Brands are broadcasters now with 24/7 channels. The ‘event’ of the show has expanded with the preparation for the show and post-show events pushed out as much as the physical shows themselves, which are only an average of 14 minutes in length. In essence the shows have become longer due to social. The story telling has become bigger.

YP: Do you see Millennials (currently 11-33-years-old) changing the fashion world in any way?

KR: Anyone with a pocketbook impacts our industry. It is how that is of interest. Millennials have purchasing power and demands that while different than other generations still reflect the need of social tribing. They buy brands, just different brands.

YP: What type of impact do you think the street style of teens and twentysomethings is having on the runway right now?

KR: Street style is definitely having impact and because it comes out daily designers are able to skim the Internet and see the reality and innovation of fashion in the hands of the users. Be it young or old. 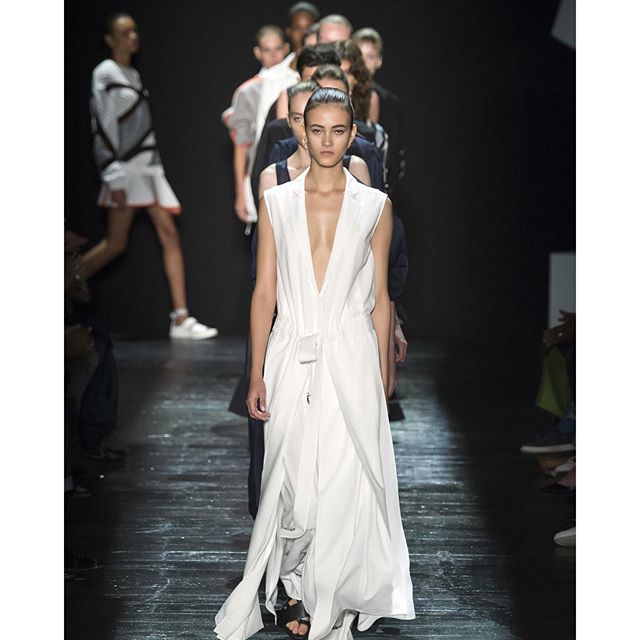 YP: What young designers should we be watching?

YP: What about diversity in fashion and on the runway? We know this is hugely important to younger consumers, but something that the fashion world has been slow to adjust to. Did this fashion week show any signs of progress?

KR: To be frank, I take issue with the perception that fashion lacks diversity on the runway. We cover more shows than any other media company on the planet and don’t see a lack of diversity on runways. If you were to take diversity stats of all the runways shows it would show that the diversity is aligned with that of the consuming public for those brands. Please understand that many of the major show are also repeated in different markets from Asia to Latin America with new casting in each. 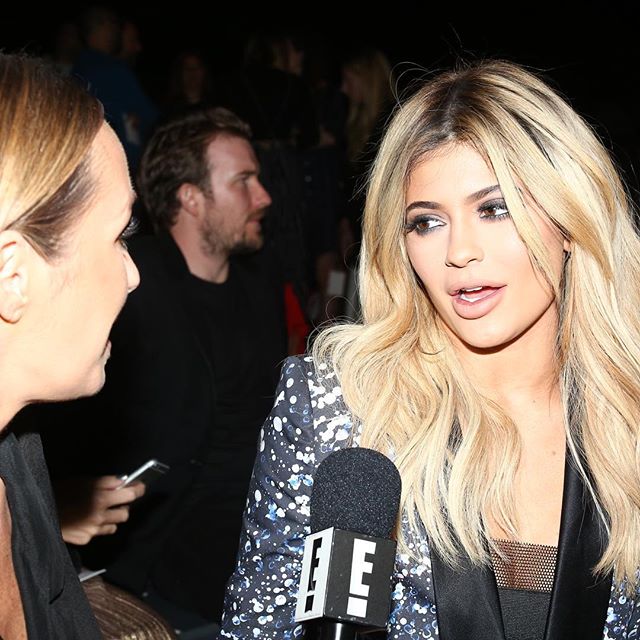 YP: We’ve seen so many celebrities create fashion lines to appeal to their usually young fans, to varying degrees of success. Do you think this is a trend that will continue, and how influential do you feel celebrity designers have been?

KR: In many fashion circles being a celebrity designer is a handicap that they have to overcome rather than a foot in the door. To be sure there was a wave of celebrity licensing deals that the public embraced at first. But ultimately the consumer is the judge and many of those businesses have imploded. Talent is talent. If a celebrity has it, they will have a grow influence. If not…

YP: Millennials tend to approach luxury in a much different way from previous generations, spending more on experiences and technology, and putting less emphasis on high-end labels. Do you see this impacting fashion and design in any way? How are designers trying to appeal to the new definition of luxury?

KR: The luxury sector is still growing despite the truth to what you say about technology and experiences. I see this as both a component of aging and social tribing. Meaning people still wish to show they are members of a social tribe through branding be it Apple or Saint Laurent. This becomes more true during certain stages of ones lifecycle.

That being said design houses are partnering more with technology and there is little doubt that over the course of the next few years we will see more collaboration between luxury fashion houses and the technology sector. One know how to create, the other how to create desire. They are natural partners.

The same for experiences as design houses are building more and more experiential touchpoints from shows to online or to even condominiums in Miami like Fendi’s recent venture. 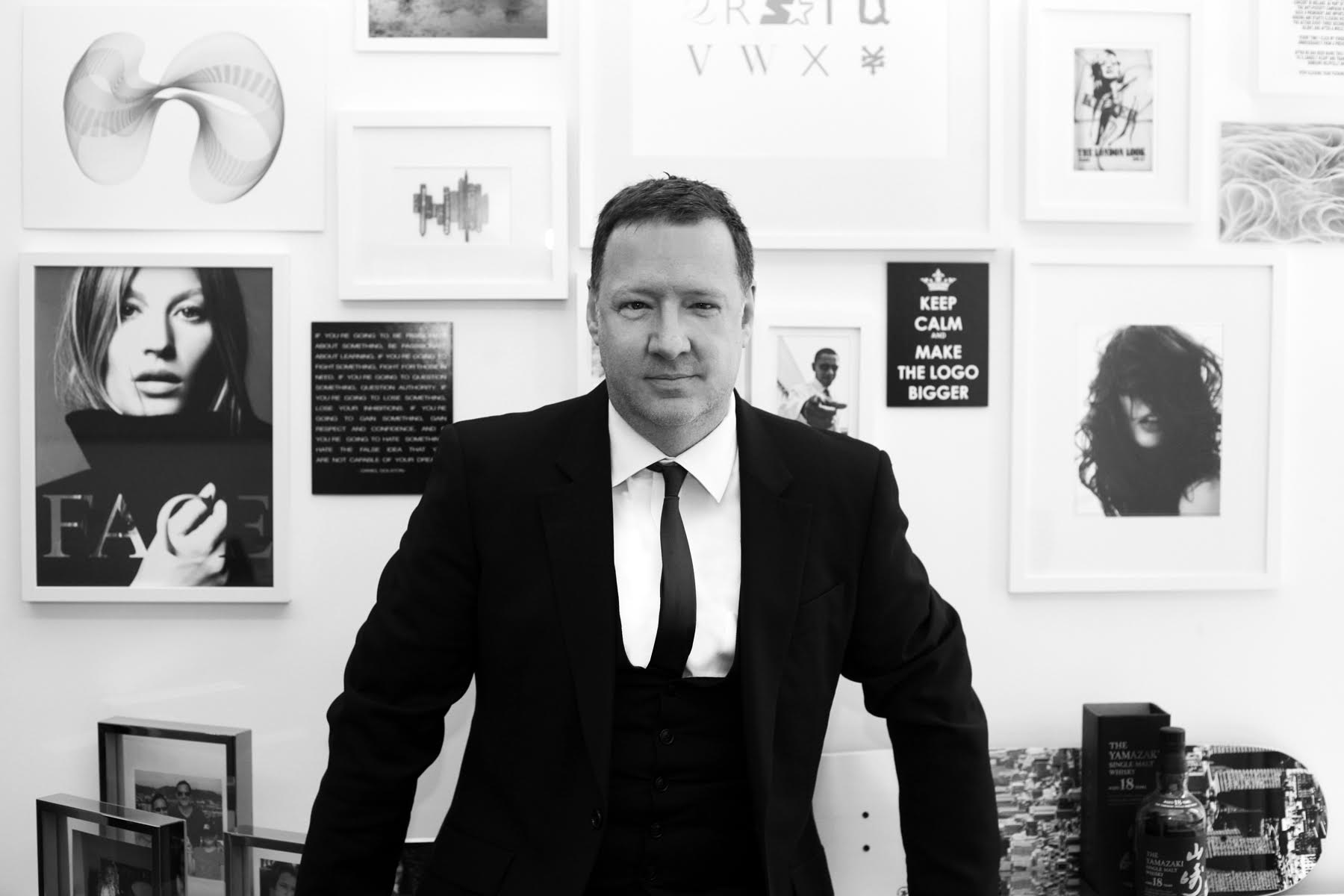 KENNETH RICHARD
Kenneth Richard founded The Impression in 2014 as an online zine addressing fashion industry c-suites about the sport of fashion marketing. Within the last month The Impression expanded to print with two issues.
Richard is an ex-designer who himself who mounted over 24 fashion shows in New York later becoming EVP of Marketing at BCBG Max Azria Group. He has over 25 years of both design and marketing experience in the fashion industry.
Richard hosts The Impression Pier 59 event series speaking to fashion notables, CEO’s, Advertising Creative Directors, and Designers. He is particularly known for his interviews, and has conducted written and video conversations with the likes of Mark Lee, Alexander Wang, Fadein Baron, Trey Laird, Nick Knight, Riccardo Ruini, Franck Durand, and Doug Lloyd amongst many others.