Millennials Sound Off: Their #LifeGoals VS Boomers 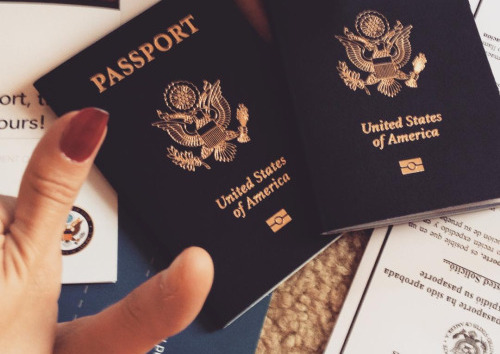 Some still doubt that Millennials are really different from previous generations. But comparing Pew Research Center data from 1976-1979 and 2010-2013 shows that 18-34-year-olds today are less likely to expect work to be a central part of life than Boomers did when they were the same age. Almost double the percentage of Millennials expect that they’ll go to grad school, and are more likely than Boomers were at that age to say they “attend college to make more money.” Even observing the rates of marriage and starting families, not to mention their general interests and where they’re spending money, make it clear that their goals are not the same as Boomers. But what do Millennials themselves think?

We asked 1000 13-32-year-olds to answer the question “What goals do you have for yourself that your parents did not have?” Here’s what we learned from their answers.

Millennials know that a higher education comes with debt, and doesn’t necessarily guarantee them a dream job, but for many, it’s still a huge goal—and higher education is something they hope to achieve, especially if their own parents weren’t able to. The American Dream has become The Education Dream, and education/college was one of the biggest themes we saw in their responses. “College” was mentioned 136 times, “degree” 82 times, “education” 37 times, “masters” 12 times, and “bachelors” 6 times. Clearly they’re the most educated generation in history for a reason: 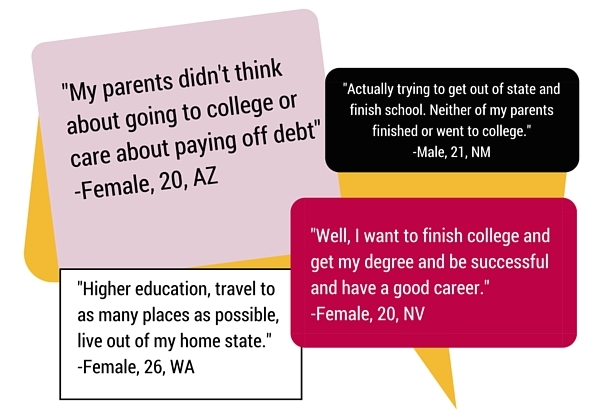 The Millennials we surveyed want successful careers, but their career paths and goals do not necessarily echo their parents. Teens were more likely to say they wanted fame, with one 13-year-old male simply telling us a goal he has that his parents didn’t is “YouTube.” But older respondents mentioned career goals that emphasized fulfillment and happiness, over financial success: 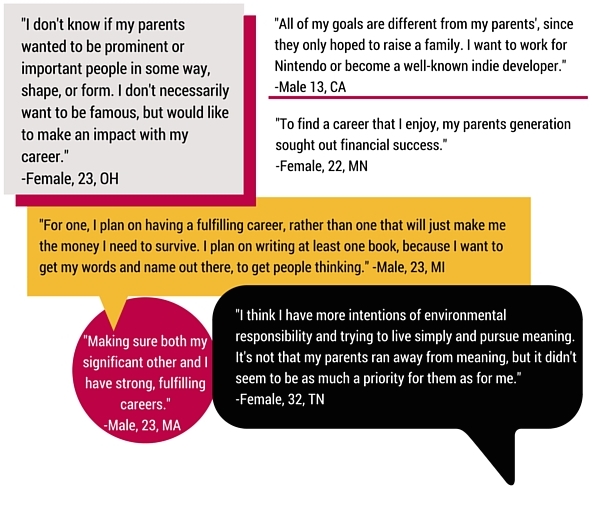 3. CAREER BEFORE FAMILY, IF AT ALL

On a slightly similar topic, many female respondents said that their goals were to prioritize career before family, and some mentioned that family is not a goal of theirs at all: 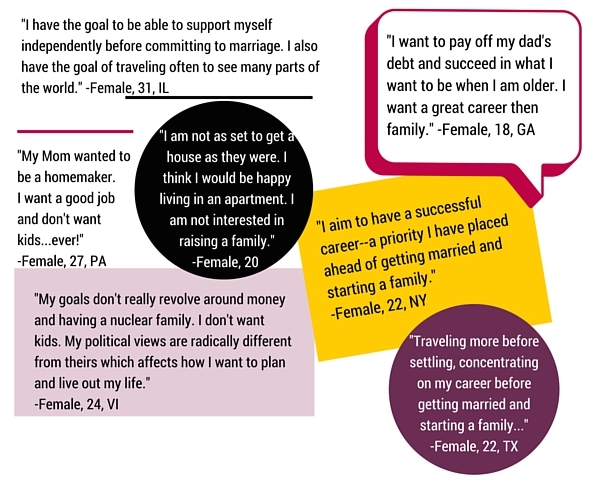 Unsurprisingly for those who know Millennials’ interest well, travel was an oft-mentioned life goal. While many want to travel the world, some say their parents didn’t travel or out-of-state, something that they have on their bucketlist. Others want to travel to as many places as they can, and place travel in the same level of goals as education: 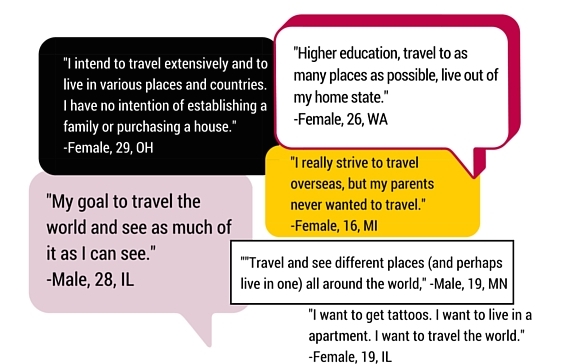 While it was mainly female respondents who told us that they wanted to start a career before they had a family, or might not have a family at all, both males and females told us they have relationship goals that are different from their parents. Several mentioned not getting divorces as a goal that they have that their parents didn’t, and others feel marriage isn’t a neceassary part of a successful relationship: 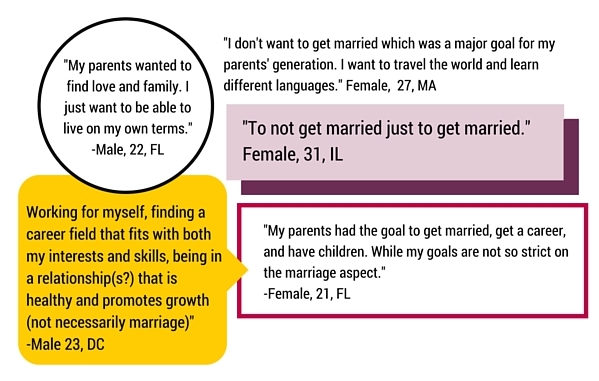 Tune in tomorrow for Part II of Millennials’ #LifeGoals! 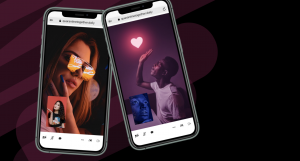 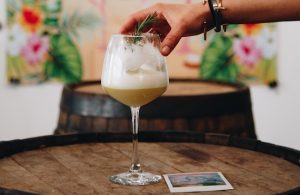