Social Media Status Update: The Stats on Who’s Using What 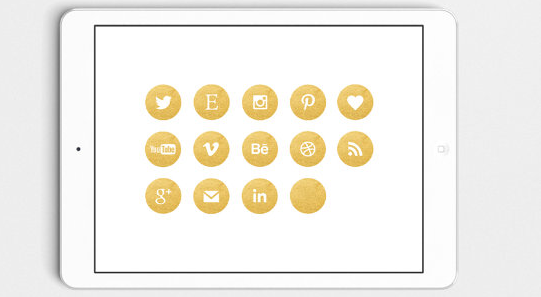 What networks are being used the most, which have grown the most, and where does Millennial males and females’ use differ?

Earlier this year, our Social Media Snapshot post was one of our most popular with readers. But we survey Millennials and teens every quarter to keep constantly updated on their social use and how it’s changing, uncovering more stats to teach us about their social media behavior- so we’ve got an update with our most recent data on the topic. We’ll start with a social snapshot of current use, daily use, and active use of their top platforms: 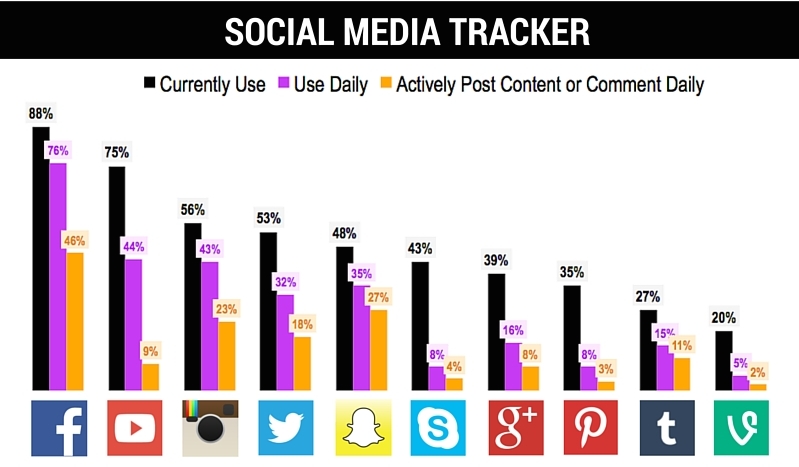 As we’ve seen before, Facebook rules the roost with social among Millennials and teens (despite handwringing that they were all leaving). But though the Big Four in social (FB, YouTube, Instagram, and Twitter) have a broader network of users, Snapchat engages them daily to post/share, and its daily use has surpassed Twitter. We also see some differences when we look at teens’ use versus older Millennials use: 93% of 18-33-year-olds are useing Facebook, compared to 73% of 13-17-year-olds, and 56% of 13-17-year-olds use Snapchat, compared to 45% of 18-33-year-olds. Older Millennials are also more likely to use Twitter and Pinterest, while teens are more likely to use Instagram and YouTube.

Another angle to the social networking story appears when we look at their use over time. We’ve been tracking social media use since 2013 for some of the most talked-about networks, here’s the latest update: 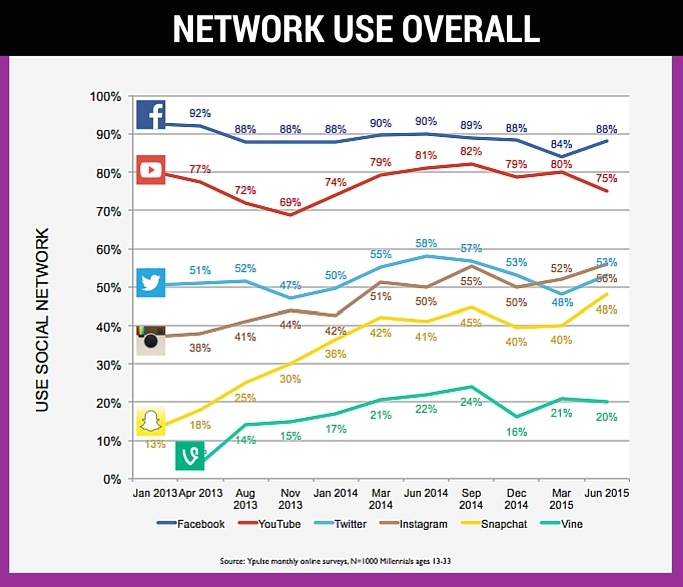 Facebook’s overall use has held fairly steady, while young upstarts like Snapchat have seen major growth. the rise of visual networking is clear here: in January of 2013, 38% of Millennials told us they used Instagram, a number that has grown to 56% as of June of this year. This growth is driven largely by female users, which becomes clear when we look at the overal social network use of males versus females: 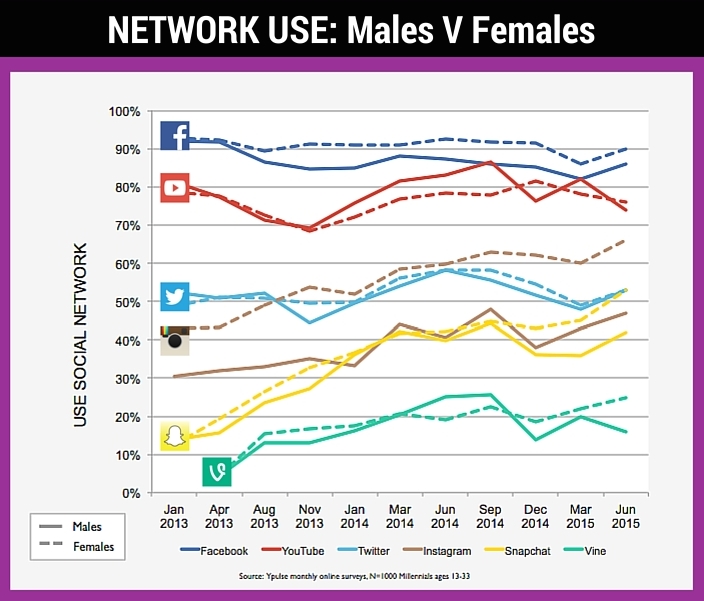 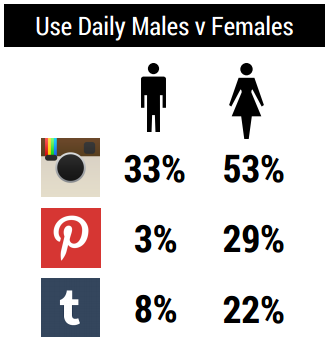 Female Millennials are currently more likely to use Instagram, Vine, and Snapchat, but these aren’t the only networks that are Millennial-female skewed. Millennial females are far more likely than their male peers to be using Pinterest and Tumblr as well.

The lesson here? Brands can’t necessarily take a blanket approach to social media marketing to Millennials. Not any platform will do, and knowing where the segment of Millennials you are looking to target is spending their time is essential.