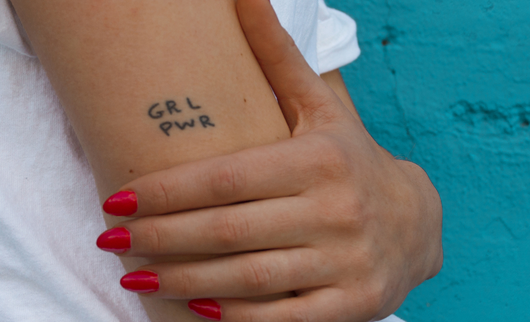 Millennial women are an in-demand audience, and new media efforts being developed are specifically targeting this young female consumer, including her different set of entertainment values.

It’s not news that Millennial females are a unique audience. They are a generation of women more educated than their male counterparts, beginning to even out the wage gap, and bringing a different set of expectations to the brands they buy- and the media they consume. 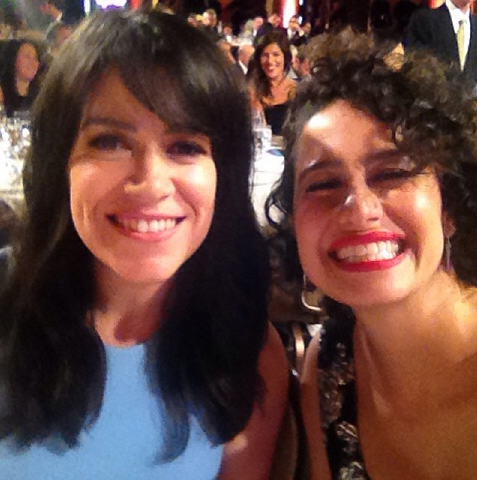 So what do Millennial women want to see in media? According to Adweek’s six tips on creating content that appeals them, they’re craving content that helps remind them of reasons to feel happy, and how to get happy. (We noted that being negative is increasingly looked down upon, and that Millennials overall are looking for brands to take positivity to heart, aka Play Nice, a theme in our Q1 trend report.) A panel of female digital consumer experts also advises online content for young women should focus on “happiness, health, and freedom.” These powerful viewers aren’t looking for snark, and want advice and information delivered to them by someone who looks and feels like a friend. They also want to connect with their peers, and platforms that allow them to share and learn. We also know they’re looking for brands to take off their kid gloves, and are attracted to content and personalities that are more honest, raw, and flawed. (Hense the rise of the Broad City broads, and the Amy Schumer and Mindy Kalings of the world.)

Because of their shifting preferences, major media brands are making changes in hopes of appealing to them. ABC Family is doubling their original programming aimed at females 14-29-years-old with both scripted and reality series in the coming years, and stepping away from “trash-talking, train-wreck reality TV shows” to focus on more aspirational content. MTV has tapped feminist vlogging star Laci Green to create their first-ever YouTube channel airing Braless, a 12-episode web series. That features Green tackling pop culture topics, like twerking and The Hunger Games, through a sex-ed or feminist lens. The series has just been renewed for a third season. 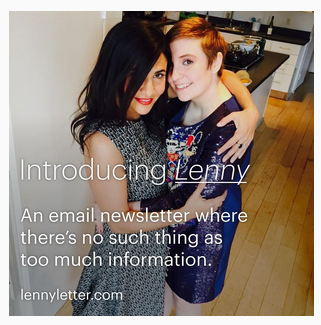 But old media’s efforts are nothing in comparison to the slew of new media being created to cater to Millennial females, and their growing financial clout. This week it was announced that Millennial power-player Lena Dunham is launching a newsletter, Lenny, aimed at the Millennial women she knows so well. The newsletter is described as “a place where there’s no such thing as too much information, there’s no such thing as self-involved,” a direct nod to criticisms of both Dunham and Millennial women. The head of the effort calls the content “Goop meets Grantland,” and Lenny’s mission statement reads, “Lenny is your over sharing Internet friend who will yell at you about your finances, help you choose a bathing suit, lamp, president … AND tell you what to do if you need an abortion.” In other words, the content will cover everything relevant to Millennial women, delivered in a style and voice that embraces the honest, perhaps even inappropriate, empowered kind of personality Millennial female audience have already proved they love. 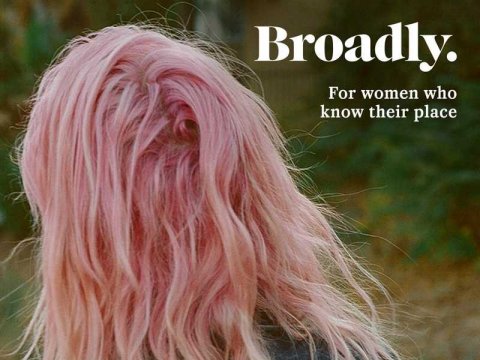 Meanwhile, Vice has a channel for Millennial women in the works, marking a broadening of their content, which has always been fairly male-focused. The channel, Broadly, will be a site of editorial and video content aimed at story-driven young females, covering politics, culture, lifestyle, sex, and fashion. Unilever is the site’s launch partner, and the deal will include sponsorship and branded content featuring Vaseline, Dove, Sure, and Tresemme. (Good picks, considering young females’ top-ten beauty brands…) Broadly will provide news content that honestly tackles issues they believe matter to Millennial women. Their Twitter bio reads: “Sex, politics, culture, witchcraft. Women’s news you thought would exist by now.” Head of content Tracie Egan Morrisey told Capital New York: “I just knew that no one else was really doing original video reporting for women…I also think that there’s a lot of light stuff going on as far personal essay kind of things, and I’m more interested in reporting on stories and reporting facts.”

Other more-established Millennial female-focused media players are swimming deeper into the waters of digital video to draw in even more of their desired audience. Refinery29, which began as a fashion site in 2005, gave their first-ever NewFront presentation to announce  29 new original series. The shows include how-tos, documentaries, and scripted content made with creative partners like Lisa Kudrow and Lena Dunham (yes, her again). Some series will star YouTube personalities, while others will serve up content featuring more traditional Hollywood stars. The site emphasized their passionate audience of “Millennial and Millennial-minded women,” and their dedication to “growing an iconic media brand for women.” PopSugar, which has its roots in celebrity gossip, is also introducing more video content as they pivot into a lifestyle site for Millennials. They’ll be launching six new series, including a scripted show starring Mae Whitman, several food-focused shows, and beauty and home-décor content.

These examples are just the beginning. As Millennial females’ buying-power and influence continues to grow, we’ll only continue to see media created to cater to their tastes, and old media shifting to catch up.