Social Is The New News 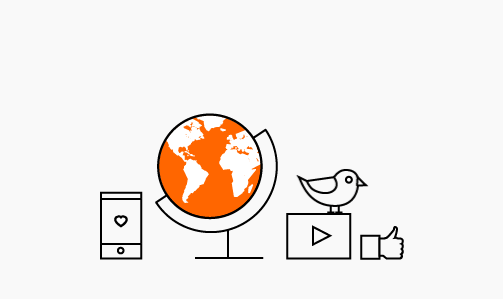 Millennials and teens are getting their news online, and their number one news source is social media. If social is the new news, what is does the future of the medium look like?

Ypulse’s June monthly survey of 1000 13-32-year-olds found that 66% of young consumers say they follow the news some or all of the time…but they’re clearly not tuning in to the nightly TV update or picking up a paper as much as their parents did. Social media is their number one news source, with 64% saying they use social to get news and up-to-date information and 66% saying that social media is their primary source for news. Only 34% said they watch a national television news show, and 28% said they watch a cable TV news show, while 25% cite newspapers as a news source.

It’s not just a trend here in the U.S. A survey of 16-24-year-olds in the U.K. found that TV news viewing among the age group has dropped 29% between 2008 and 2014. While online streaming is credited for the decrease, we see social news consumption as a huge part of the phenomenon. Our survey found that of those who use social media as a news source, 82% use Facebook to obtain news, 38% use Twitter, and 22% use YouTube. Social is the new news. So what does that mean for the future of the industry? 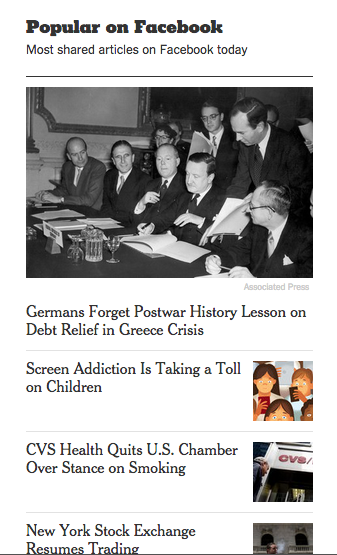 A group of news startups including Mic, Ozy, and Vocativ are working to make news “smart, sexy, and GIFable” to attract young readers. At the same time, traditional news media are making changes and experimenting with new medium (like Snapchat) to make their content more appealing to Millennials as well. In May, Facebook partnered with nine publishers, including BuzzFeed and the New York Times, to bring even more news to their mobile social feeds. Facebook “instant articles” make full articles from these publishers accessible from within the Facebook app faster than ever before, virtually eliminating any time “between tapping and reading.” The feature is “a new publishing format” that could have a big impact on the future of media. Basically, in response to Millennials’ using social as their news source, traditional news is coming to them.

Some are integrating social news into their own sites as well. The New York Times’ new “Trending” dashboard shows readers real-time “buzzworthy” content based on what stories readers are clicking, sharing, and commenting on the most—and stories generating the most buzz on social media channels are included. Think Times content, curated by social networks and clicks. 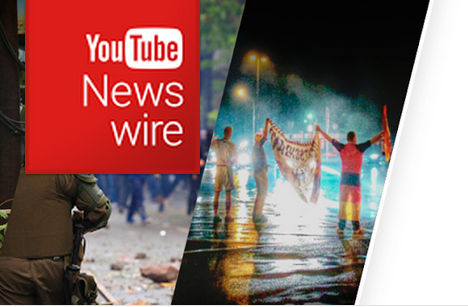 Outside of Facebook, other social platforms are eager to get in on the social news game. Instagram announced last month that their search feature has been redesigned to become a source of images and videos during breaking news and major events. The goal is to give users a window into the “world as it happens” and to surface trending content based on location. Meanwhile, YouTube recently launched “Newswire” a daily feed of the site’s most “newsworthy first-person accounts.” The site will cover major news events via eyewitness videos, which are already incredibly popular on the platform. Thanks to mobile video, everyone is a citizen journalist. While any generation can participate, young consumers have grown up with this shift as their norm, and are more likely to embrace content that isn’t necessarily vetted by traditional sources.

But there are emerging systems to verify social content. YouTube Newswire is being created in partnership with Storyful, a startup that fact-checks breaking news on social channels to make sure it’s ok to use. Storyful’s site explains they “[combine] proprietary technology and expert journalism into a human algorithm…to discover, verify, acquire and deliver the most valuable real-time content the social web has to offer,” and lists the many respected brands and media institutions they source social news content for.

In the new age of social news, we’ll continue to see major traditional media players find ways to integrate social content and curation into their own sites, put their stories on the social platforms that young consumers are looking to, and systems emerge to take advantage of social news trends like citizen journalism. For Millennials and teens, this is already the norm—and everyone else is just catching up.